lining & trimming
everything for men hard
to get items cash used

sell all make
offer & save we
drop off pick up

child issues
drop off pick up
money is life

is near pick up
drop off remember
money is the end 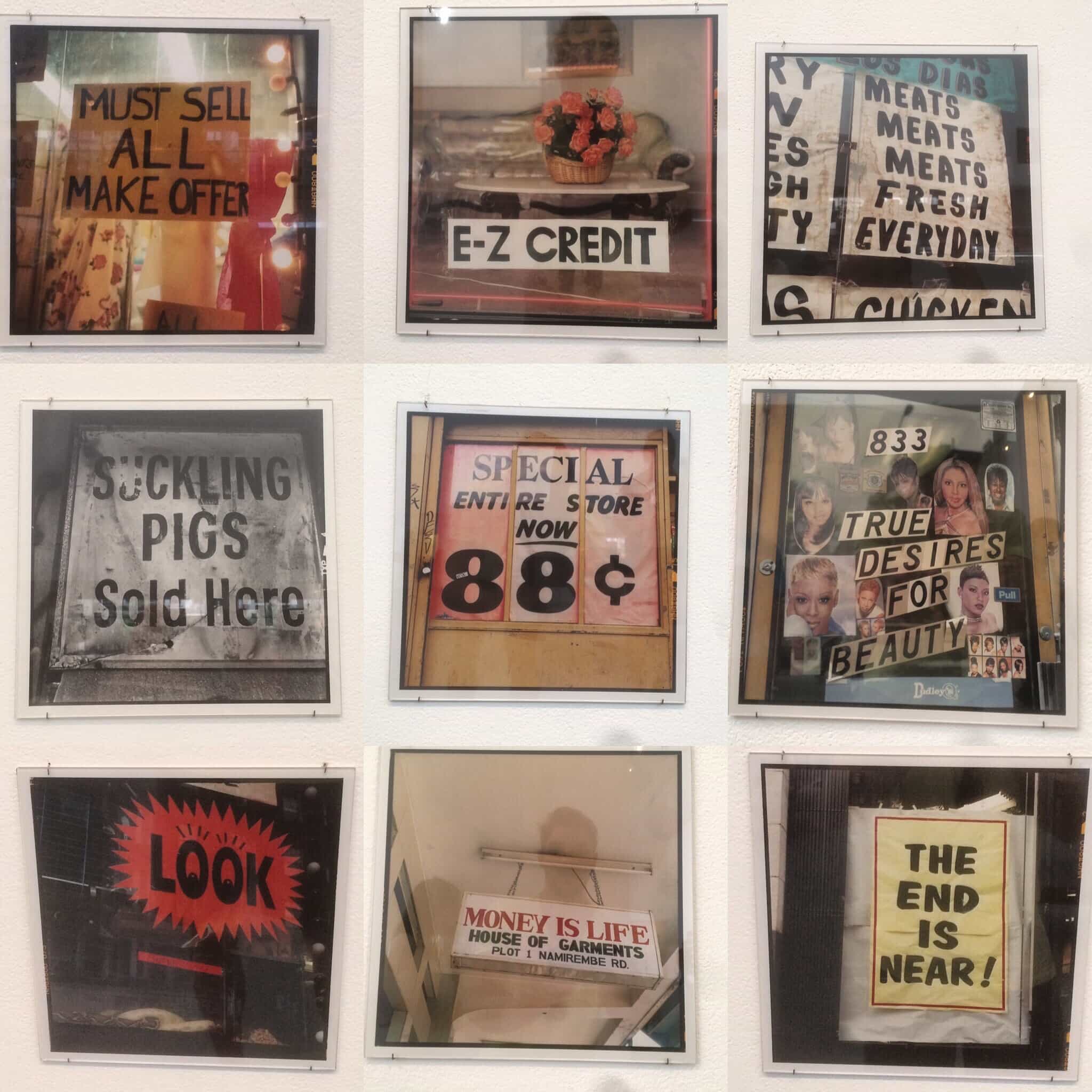 From the halls of the MoMA in midtown Manhattan, 2015, the poet Chris Campanioni uses his iPhone to capture a visual dialogue from NYC’s Lower East Side circa 1970s-80s.

Language lives, breathes, ebbs and flows through the course of our human experience and interaction. I’ve always been interested in the liminality of language that exists in the interferences of our daily lives. I’m interested in these interruptions, and the revelations that occur because of them, especially because we typically think of interruptions as impediments or obstructions, not necessary progressions and transgressions toward an unintended epiphany. In our daily lives, in 2016, that means reappropriating the found language and noise of an always-on culture; a culture in which we are simultaneously embodied and disembodied by technology.

In the same way that the very concept of art—its production and consumption—was affected by its mechanical reproduction, as Walter Benjamin noted, in his 1936 essay “The Work of Art in the Age of Mechanical Reproduction,” today the Internet allows for unprecedented innovation through form and language, the breakdown of signs and syntax via simulacrum and its simultaneous fragmentation. A screenshot re-contextualized for the masses could be a political statement, what the Situationists intended in 1960 and probably long before the dérive arrived as an opportunity to walk through the city on a curve: total participation inside and outside of the environment and its cultural (con)text. Versions and perversions.

Erasure, pastiche, montage, and the re-appropriation of cultural signs and signatures is becoming more commonplace through the Internet because of the emphasis on contribution and open-sourced collaboration, or at least the prospect for it on our various social networks, dialed up and broad-bound. The cut-up was embedded into the fabric of art long before Brion Gysin “discovered” it while flipping through the newspaper and William S. Burroughs adopted the method in his fiction, but in our cut-and-paste culture, it’s become easier to reevaluate form and content, and especially the frame through which we view both. In this way, perspectives converge and collide, and the upshot to all of these interferences is a dialogue that would never have existed if not for its call and response.

Almost all the photographs on view at Manhattan’s Museum of Modern Art’s “Analogue” exhibit, from artist Zoe Leonard, depict abandoned Lower East Side storefronts and their cryptic signatures that begin to form its own narrative after my reproduction and re-arrangement, either via lineation or through the breakdown of sign and syntax. In this way, the title poem reflects the exhibit it is responding to. “Yes we’re open” is an invitation to salvage and redeem, bridging New York City’s Lower East Side of the 1970s and 80s with its present, commodified and industrialized form. “Analogue” exhibited last summer at the MoMA for two months and two days; on the Internet, like everything else, its arrangement, and subsequent rearrangement, remains eternal. I like to imagine the response of the reader; how will they cut into “yes we’re open”? And what will the next reproduction reveal?