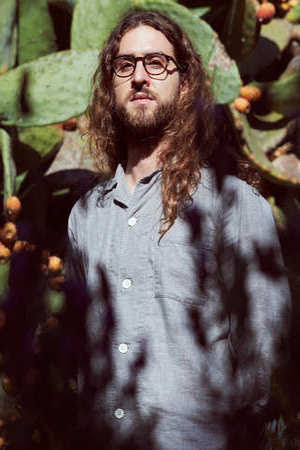 It isn’t unfair to describe Nate Mercereau as a multi-instrumentalist virtuoso, songwriter and producer— he is, it just seems as if it isn’t enough. Nate’s debut album, Joy Techniques uses often forgotten guitar synthesizers circa 1970s and 80s to create a raucous jazz sound that is uniquely his and he does it all sans keys. The synths fell out of favor because they spewed cables everywhere, cost a kidney and were crazy hard to play. Besides, we don’t typically associate forty-year-old electronic relics with a 2019 millennial musician. Ah, but isn’t that why we listen to new music? Mercereau’s brand of jazz is genre bending and complex It swirls into your head and makes you put down what you’re doing and push whatever chaos is churning around out. There isn’t room for clutter when you’re listening to Nate’s music. There’s just the music and the images that undoubtedly will take over with each joyous song.

Joy Techniques is the initial release on Mercereau’s How So Records, a new partnership with Ricky Reed’s, Nice Life Recording Company, a project Mercereau describes as “a record label for seekers. We are presenting music that is looking for something new, out of its audience and out of its creators. We are bound not by genre, only radical creativity. High level music for high level listening. Take Righteous Energy and This Simulation Is A Good One. Both couldn’t be as different from each other as any two songs on an album but as does the rest of the album, they challenge the listener to an alertness that is often forgotten about when consuming music. Maybe Nate requires more of us so we’ll require more of ourselves?

Nate can talk for an hour and never name drop the artists he’s played with (Lizzo, Shawn Mendes, Sheila E, JAY-Z, Leon Bridges, Rhye). It  isn’t his style. He’s all about the music, being creative, and opening the creativity up to others to participate. Videos that have been produced from Joy Techniques are delightful visual experiments including the title track directed by visual artist, Miko Revereza and This Simulation Is a Good One by Haoyan of America.

We spoke on the phone about music, the evolution of his career and of course, Joy Techniques. Based in Los Angeles, Mercereau’s performance, songwriting and production credits are impressive. Oh and Nate plays both rhythm and bass guitar and the French horn.

On what it’s like to expand from producing and writing for other artists to performing his own work:

A lot of my time is spent navigating what life looks like right now. It’s almost as if every day is, at least in terms of music is the first day again.  I spend a lot of my time doing production and writing for other people and now I have two things that are brand new so yeah, every day is kind of a learning experience at this point.

It’s broadening the horizons of what I want to be involved in. I was making music that was more personal and I wanted to take a little more ownership of the stuff that I’m a part of mentally, spiritually, and physically. I wanted to be the voice behind the [work.]

On knowing music history, Craig’s List and  a guy’s garage in North Hollywood all contributing to Joy Techniques.

It was really specifically these guitar synthesizers that they made for only a few years in the 70s and they didn’t really catch on. There were a few artists who used them, but they were so complicated, expensive and you had to have all these different connecting cables. It [took] a whole field to play these guitar synthesizers  To me, they have a unique sound, which is definitely reminiscent of a lot of things I’ve heard before, but it has its own grit to it. They have their own dirt. I’m constantly finding out about instruments from the past and I found this instrument and ended up picking one up off Craig’s List in North Hollywood from some guy’s garage.

On crafting a new sound from an old synthesizer

It was around since the 70s and it became a production tool for me that was  unparalleled. I was able to use it and create an entire world very quickly. I just ended up making so much music with it and found it so inspiring that the album or the sound of the album kind of just revealed itself. And it wasn’t so much that I decided to make a record right off the bat. There was a tipping point when I [realized] it’s time to actually make this a thing, let’s finish it, pursue it and make a whole album.

So the sound that you’re referring to is really due to the actual instruments that I used and just my background of being pretty consistently inspired by music from the late sixties  and early seventies. I’m not some type of purist of that era. I really appreciate anything from any time. And I think making music as a modern music maker, you have to do things that are relevant to your surroundings. But luckily for me, everything that has been recorded till now is relevant to my surroundings. So I kind of pulled from any place in that regard.

On what makes music sustainable

As someone who grew up with a little bit of knowledge of what music and life was like before the Internet versus how much it’s changed, I’ve been able to kind of grow up through that entire thing. My perspective on all of recorded music is that access is validity. And the idea has been the thing that transcends time— like compelling melodies, emotional pull, chord progressions, never gets lost no matter what aesthetic you put it under.

HOW SO PRESENTS NATE MERCEREAU LIVE 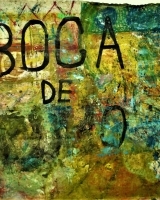