Welcome to the Shining

Welcome to the Shining: A real life experience

It’s Friday and it’s cold. Maybe you watch a Kubrick movie. Read a Stephen King book. Reflect upon reading Goosebumps as a kid. Then you replay the intro to Are You Afraid of the Dark.

There are things we do because we like being scared. Something about fear is enticing. The unknown excites us. The good news is you can have a real-life, Shining experience. 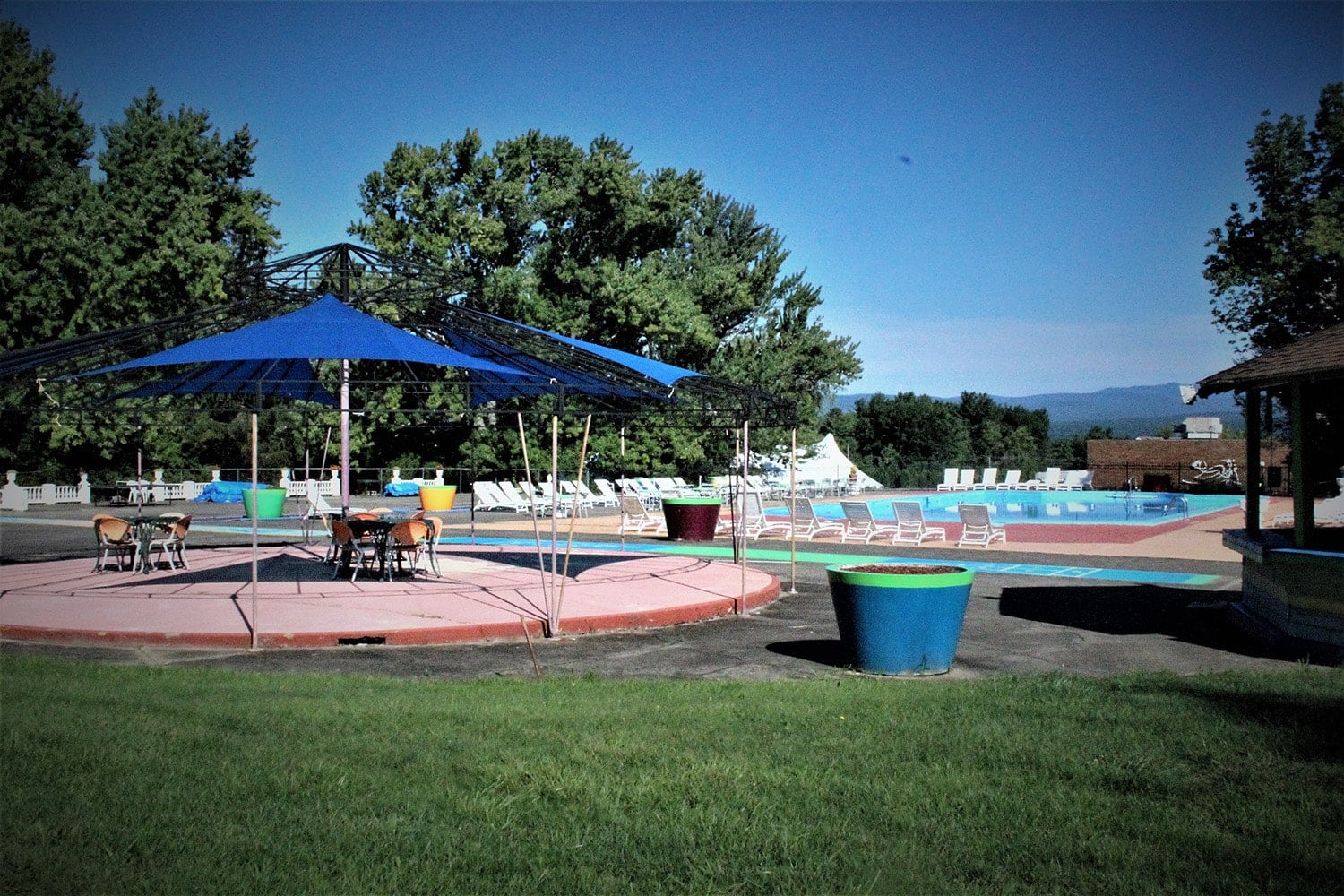 The Catskills in upstate New York are known for an uprising of resorts between the 1920s and 1970s. Mostly Jewish New Yorkers would visit the region to get out of the city. In the 80s, when people began vacationing via air travel, many of the once thriving resorts were deserted.

Today, you can roam the Catskills and come across abandoned places, but some resorts are still holding onto their businesses, barely avoiding demise. Hudson Valley Resort & Spa is one of them. Its website boasts a golf course, spa, and multiple pools. We arrived at the resort after a desperate attempt to find a place to stay in New Paltz. A quick Google search told us it was the nearest place at a reasonable rate that still had vacancies.

We drove through a state park down winding roads through the woods, peppered with occasional homes. As we wondered just when we would see a road developed enough for an entire resort, a 60s style trifecta of buildings rose from nothing. Cherub statues lined overgrown bushes at the entrance. Lamp posts stood tilted, lighting the way. We were told to valet our car by a bored seeming man in a suit at the front door. We were the only car in the lot. 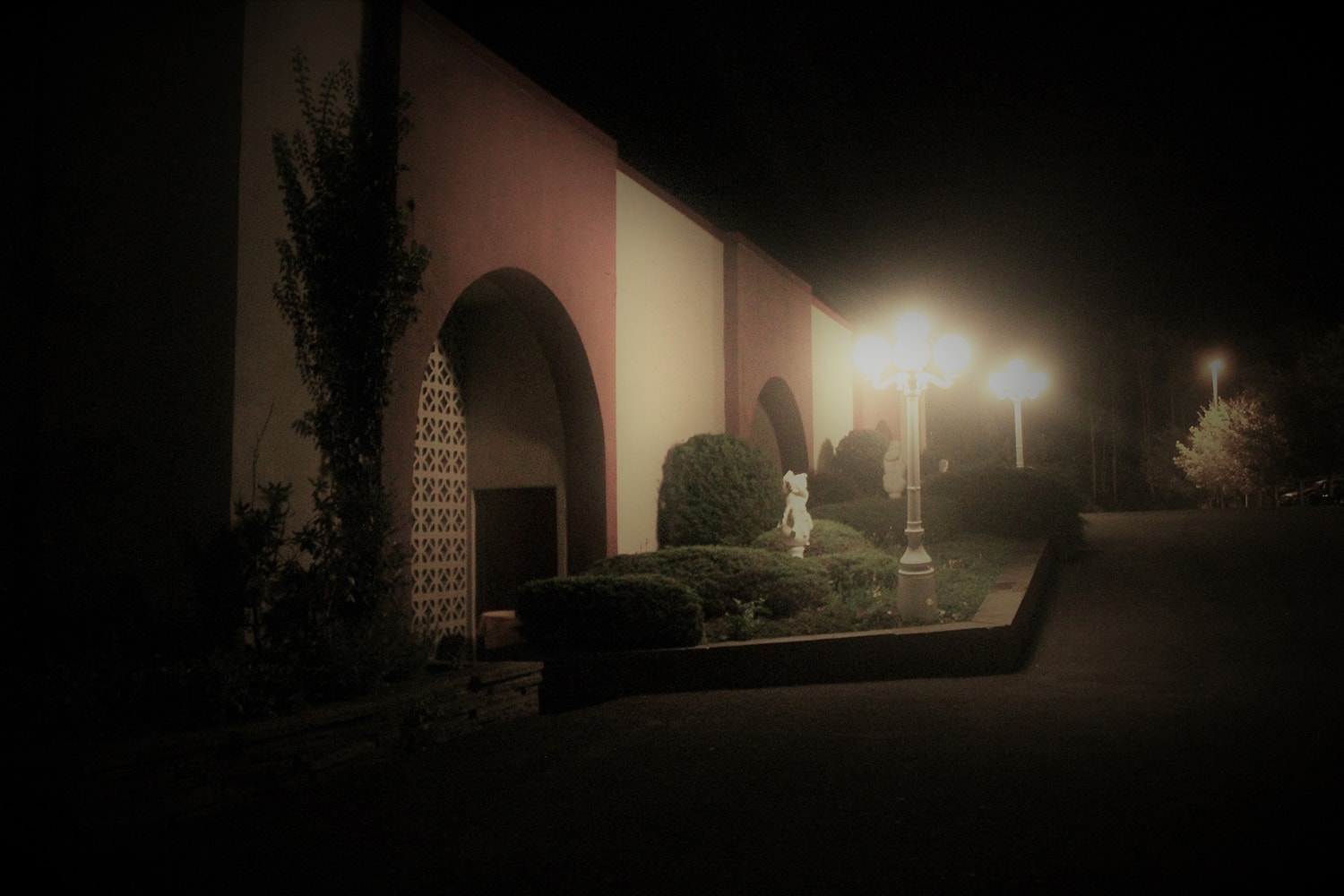 We enter the grand hall, the vast room furnished with dozens of impressive looking floral couches from a prior decade. A place where we imagined people once filled the furnishings is completely deserted. Looking closer we see stains on the couches. Cushions were overturned. Frayed threads rose from the carpeting. There were broken handles on what could have been an extravagant oriental dresser full of fine carvings by the elevator. The woman at the front desk checks us in, telling us she’s giving us twenty dollars off our stay, hoping we’ll return. I want to tell her, But we just arrived. 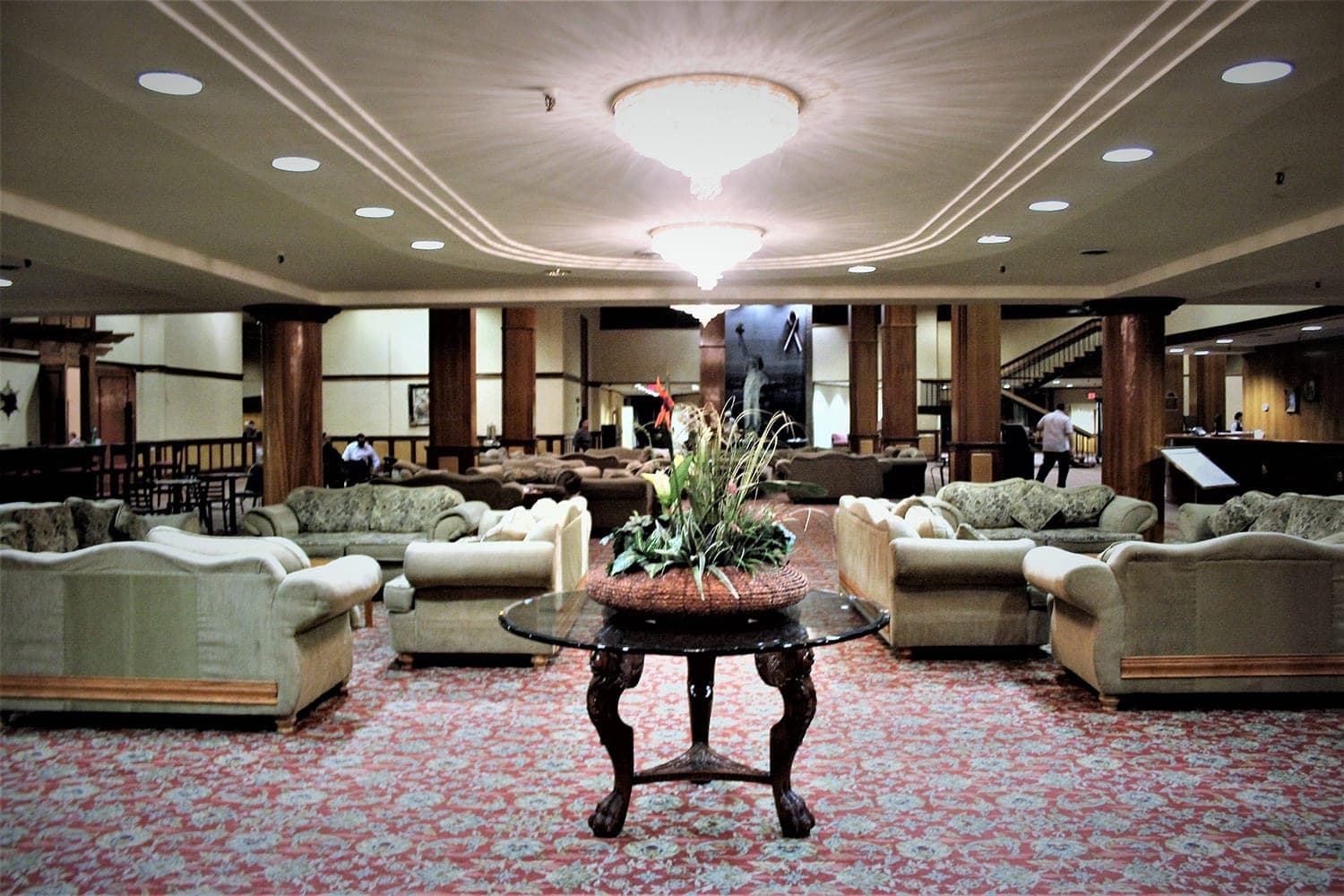 We arrive at our room on the top floor. It’s a murder scene, minus the murder. The walls which close in on the small space are imposing. A floor-to-ceiling mirror attempts to expand the looming partitions. The sheets are musty with dust rising as we sit on the bed. Our view is of the other two buildings on the property. There are a few lights on in random rooms, sporadic enough to seem contrived. We try to determine if anyone is actually staying in them by searching for moving shadows or the flickering light of a TV. We see none. A golf course spans until mountains rise into view. The sun is setting on what feels like our lives.

My companion looks at me. “We’re going to have a few drinks and we’re going to go out there, on the golf course.”

“I’m in,” I say, with the largest sense of adventure I’ve ever had while lodging. 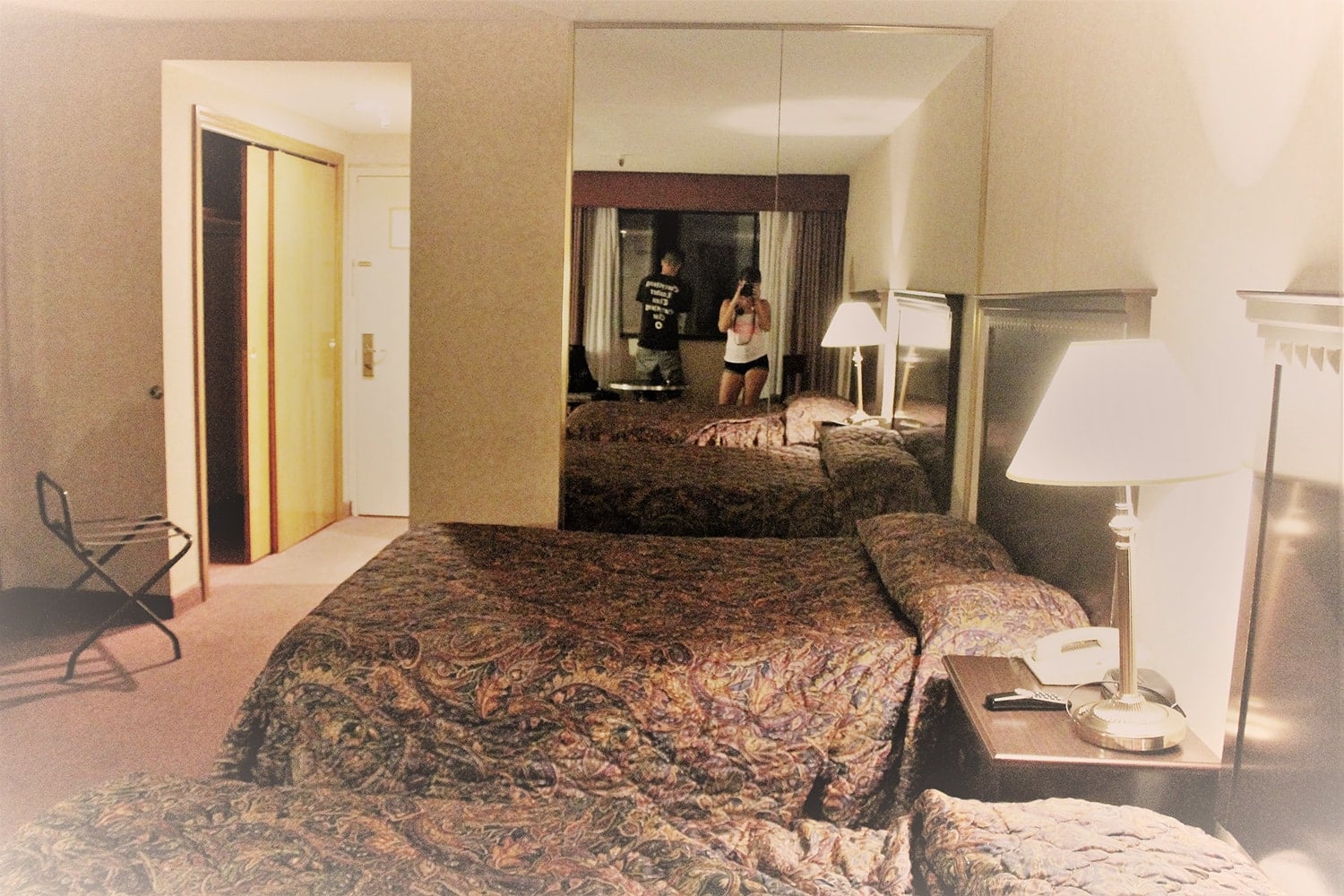 We have our drinks and go for a walk to the golf course. It’s so dark the stars shine like cheap ornaments. We feel the grass over our toes in our sandals as we move past the main entrance. “Is this golf course operational?” I ask, “The website said …”

“I don’t think so. It’s like the grass is barely cut. They’re basically maintaining this place just to seem like it’s okay. And there’s definitely nobody staying in those other two buildings …” 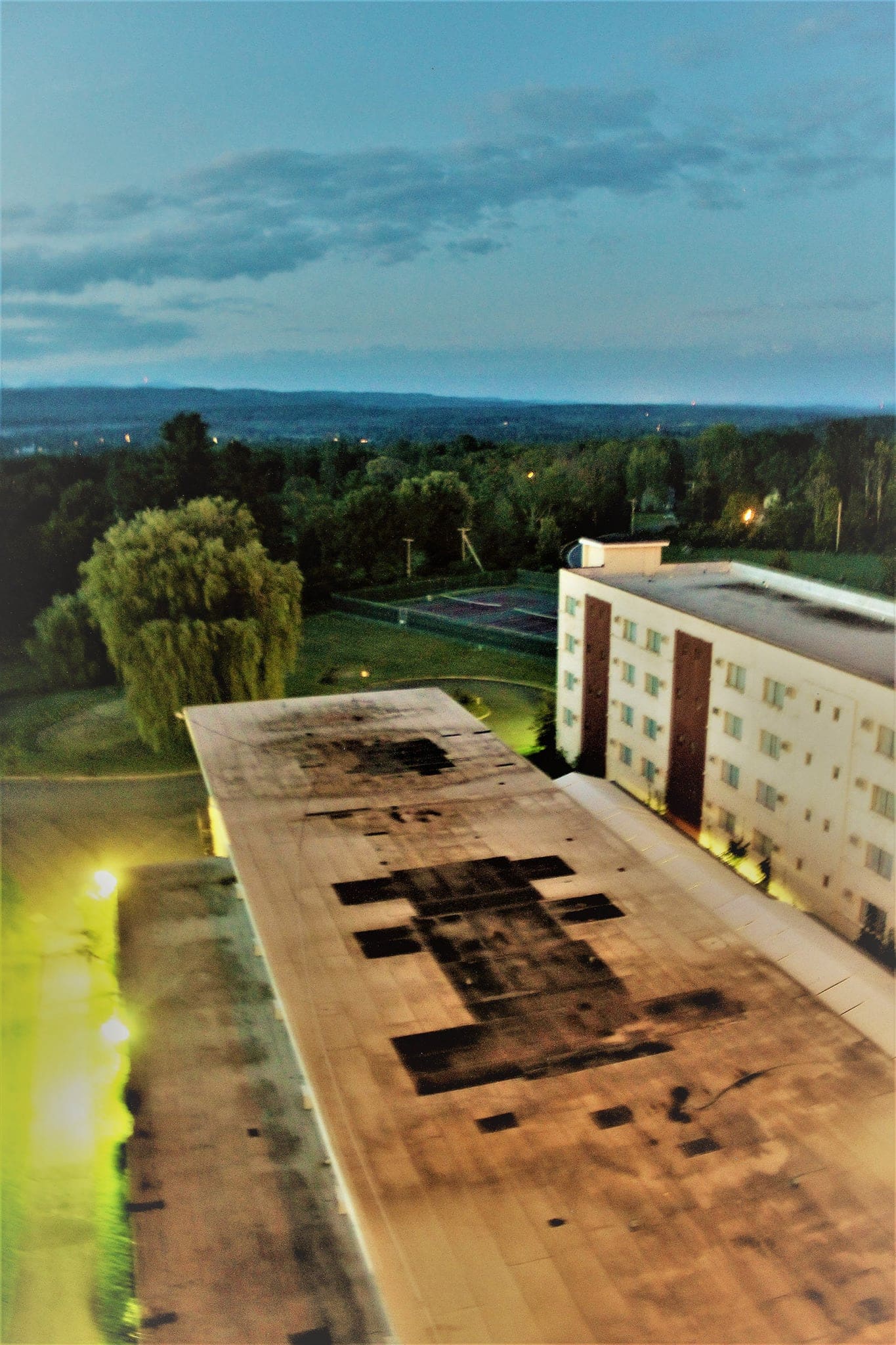 The place is eerie. It checks all the boxes. In the woods: big, unkempt, empty. But the most sordid thing about this place is that it was a once prosperous resort–now left behind. Forgotten. Not replaced. This isn’t some rundown road-side motel that was never built to impress. This was a destination spot. A place for people to live lavishly, and there’s nothing more depressing than seeing the demise of something which once exuded opulence. It reflects our inner feelings of mortality and decay. Hudson Valley Resort & Spa is the desperation of something clinging to life. Something trying to prove it’s not dead yet, straddling life and the afterworld.

What’s scarier than that?

We head back to the hotel where we see an elevated section of the building. Broken staircases surround make-shift balconies that lead to what could be or were a series of entertainment rooms. They’re boarded up. With no force, we’re able to open one of the boards and enter. We’re instantly transported to the location of an Eighties wedding, with elaborate floral carpeting and paneled walls adorned in the occasional reprint of an obscure, impressionist landscape. My impression: it’s unclear when they were last used. 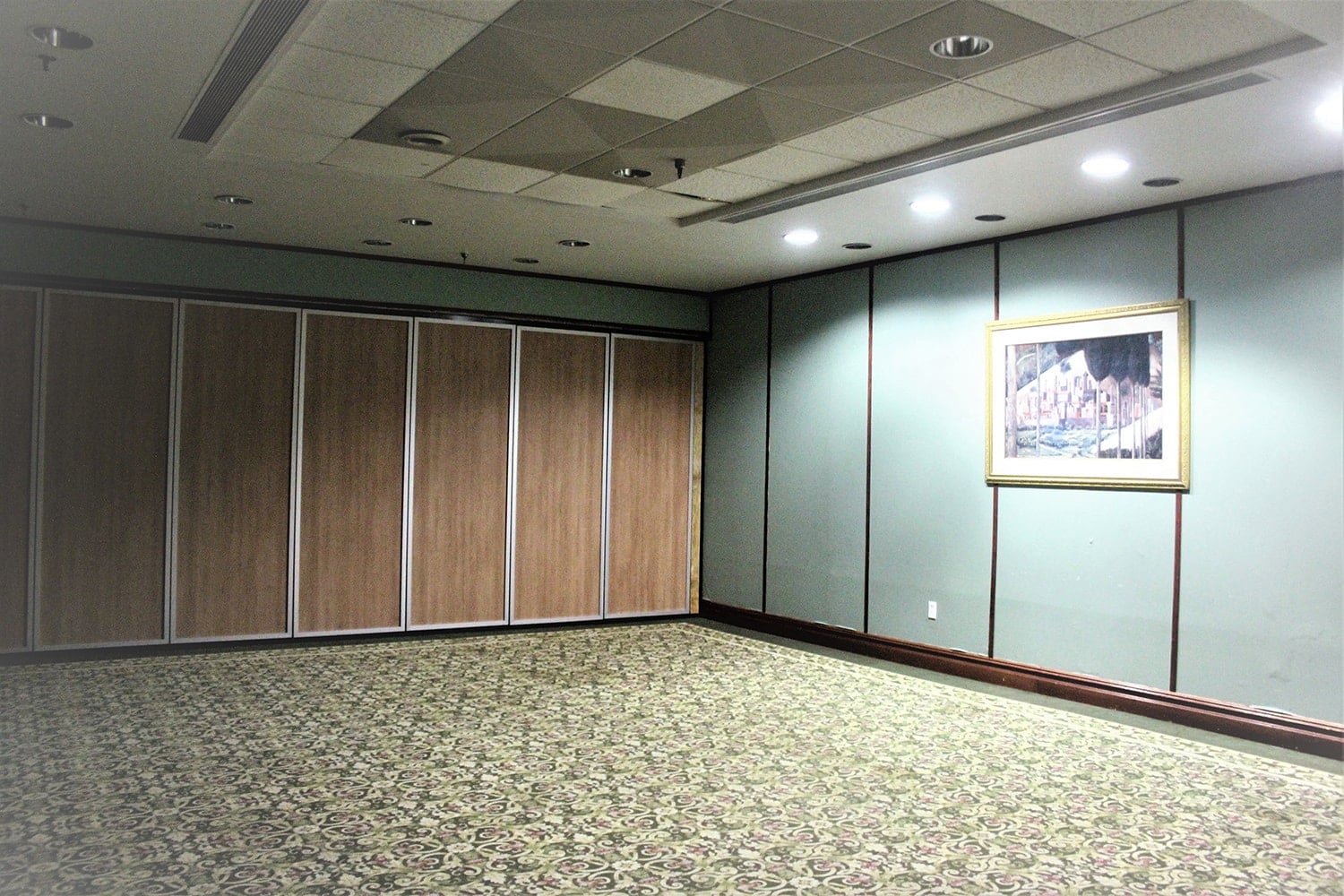 Looping back towards the front we’re confronted once more with the cherubs. In a closer view we see weeds overgrowing the base of the statues. Nobody has been landscaping. They simply allow what plants will grow to grow, and trim them to look intentional, maintained. Finally, a series of rocks in the grass reads three letters: HVR.

“Oh, at least someone who worked here tried,” says my companion as a wave of nausea crashes over me. I’m overwhelmed by the catharsis ones feel when they maintain pride in something they know won’t survive, just for good measure. I think of a rabbit I once saw, whose skin was ripped from its side, hopping around eating grass as if nothing had happened and it would live on. 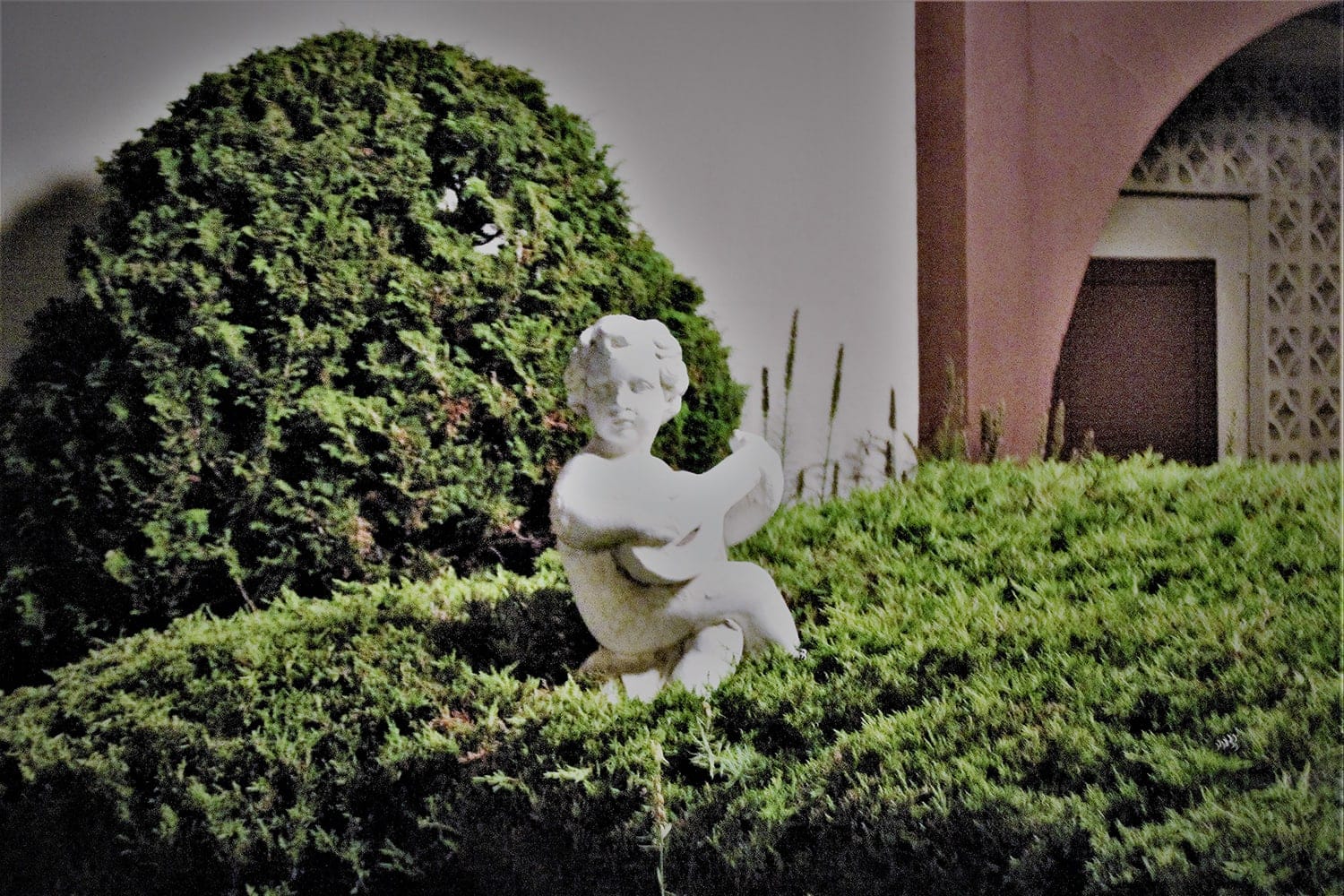 Back in the resort, a pool is situated in the basement. The jacuzzi, long out of use, doubles as a flower pot full of plants that need no sun and flourish among the broken tile. I say I’m going to bed, but my companion wants to explore more. He ends up on the roof while I sleep, overlooking the terrain of what many guests describe in reviews as you would guess, The Shining. He tells me while on the roof he found a wallet. It appeared to have been alternately stolen and ditched. The expiration date on the license was 1996. Then red lights began flashing on the tops of the trees. He looked down to the half-moon drive: an ambulance taking a person away. A guest, I think. Or just a local. Someone who lives here permanently.

The next morning we walk by the breakfast buffet full of cereal and runny omelettes. As we pour our coffee, a man in a red uniform watches at us; we stare back. He looks like a figurine. He smiles as he puts out a new carton of milk. I pour it into my coffee and it curdles.