The Russian Five — Review and Interview with Filmmaker Joshua Riehl 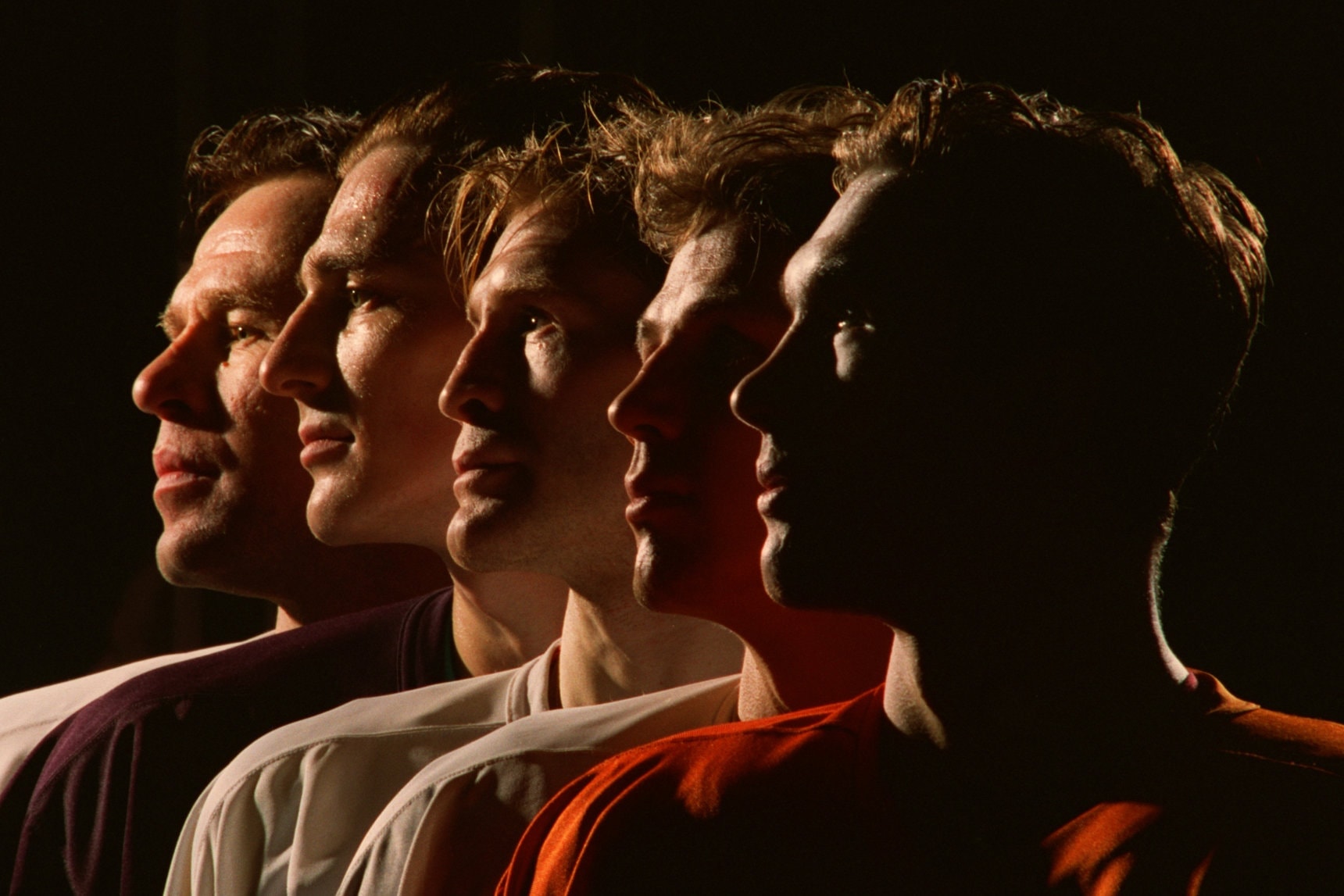 Just in time for the 2019 NHL playoffs, The Russian Five gives hockey fans what has to be the best nonhockey hockey film ever. For sports doc nuts, it’s paydirt. If hockey isn’t your sport and sports films aren’t your thing, and you just like a crazy good on the edge of your seat, Cold War spy thriller with restrained animation (to avoid staged cheesy reenactments) you are so in luck. There’s tragedy, comedy, vendettas, beautiful women, hot men, fast cars and spies. You can’t make this stuff up.  Oh, and I guess if you were absent the week or perhaps day they taught the history of the US and Soviet diplomatic relations in high school and always felt like you were screwed out of your free and appropriate US education, you will come out of The Russian Five feeling like you at least know what Churchill was talking about when he said that “I cannot forecast to you the action of Russia. It is a riddle, wrapped in a mystery, inside an enigma; but perhaps there is a key. That key is Russian national interest.” During the Cold War, that interest extended to hockey.

I’m a junkie for sports docs. They’re narrative films disguised as documentaries and The Russian Five, which premiered at the SIFF (Seattle International Film Festival) last year is, at last, making its theatrical release. I’ve been waiting an entire year to see this film make its way out of the festival circuit because the director Josh Riehl didn’t just make a sports doc or a hockey film or a jock doc, he tells a story about the only way the most symbolically capitalist American town in middle America could achieve glory by doing what had never been done before: The Detroit Red Wings or as they had been come to be known, “the dead wings” under the management of Jimmy Devellano drafted Russian players during the cold war from Russia and completely changed the game of American hockey forever.

In 1982, after losing yet another season, Jimmy Devellano who was determined to build the team by using the draft got creative. He knew “there were great players in Russia.” Devellano has a voice that belies his appearance and I dare anyone not to fall in love with and a face that he probably had to grow into probably around the age of forty with round apple cheeks and an impish smile. The Red Wings franchise owned by Little Caesars Pizza founder, Mike Illitch, lacked depth and cohesiveness as a team. The potential hiccups? Convincing a bunch of propagandized Soviet system players that they should risk their lives, their family’s lives and leave everything and everyone they ever knew, defect and move to the Motor City.

Evidently, it takes a lot of planning, patience, some luck and an American journalist who happens to be fluent in Russian to win the Stanly Cup and forever change the way American Hockey is played.

The Team I took over in 1982 was in the Detroit River, quite frankly

It’s a classic underdog story says actor and Detroit native, Jeff Daniels, which is a pretty good place to start with what makes for a compelling narrative. When Riehl and I spoke last year at SIFF one of the issues that we talked about was the “perception of sports film versus what it actually is, which is trying to transcend the genre into an all human story.” There’s an inherent danger in labeling something just because it’s easy and the one thing that this film is not is a hockey film. For Gen-X maybe our earliest awareness of the cold war was the 1980 Olympic Boycott and the nuclear arms race. From James Bond to Die Hard, Hollywood films villainized Russians as godless communists whose sole purpose was to serve the Motherland and destroy American values. It’s hard to change your perception once you think that you know something and as a filmmaker, Riehl happens to use hockey as the medium for telling an incredibly nuanced story. 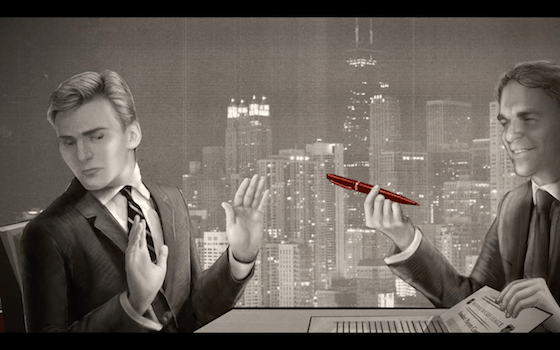 On our need to label things 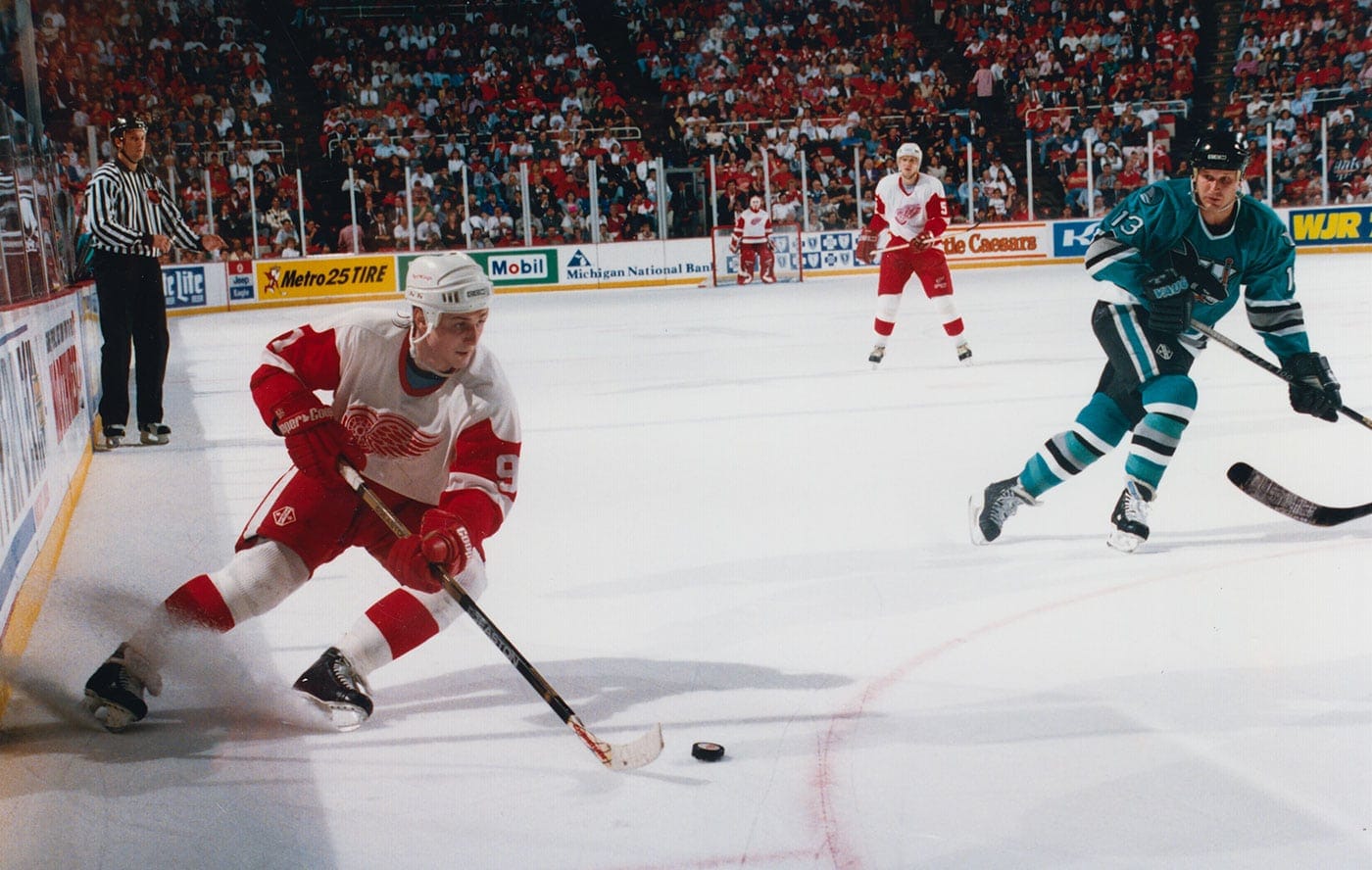 You don’t see a highlight goal until thirty minutes into the movie, and that was a conscious choice of let’s introduce these characters as characters, as people, so that way if you’re not a hockey fan, by the time [you] get to the hockey you’re invested in the emotional journeys of the human beings. You know, my producer Steve was behind a pair of [women] walking out of the theater and he was eavesdropping and one was saying, “I didn’t know anything about hockey. I think I’m a fan now,” which is really cool. They just came in because it was what was playing, it fit their schedule, and we were able to entertain them for 99 minutes, and introduce them to a story that they otherwise might not have known. It just so happens to be an uplifting story about these incredible people and the city of Detroit and all this stuff that we’re trying to wrap into a documentary.

On the man who steals the show without dropping the bomb 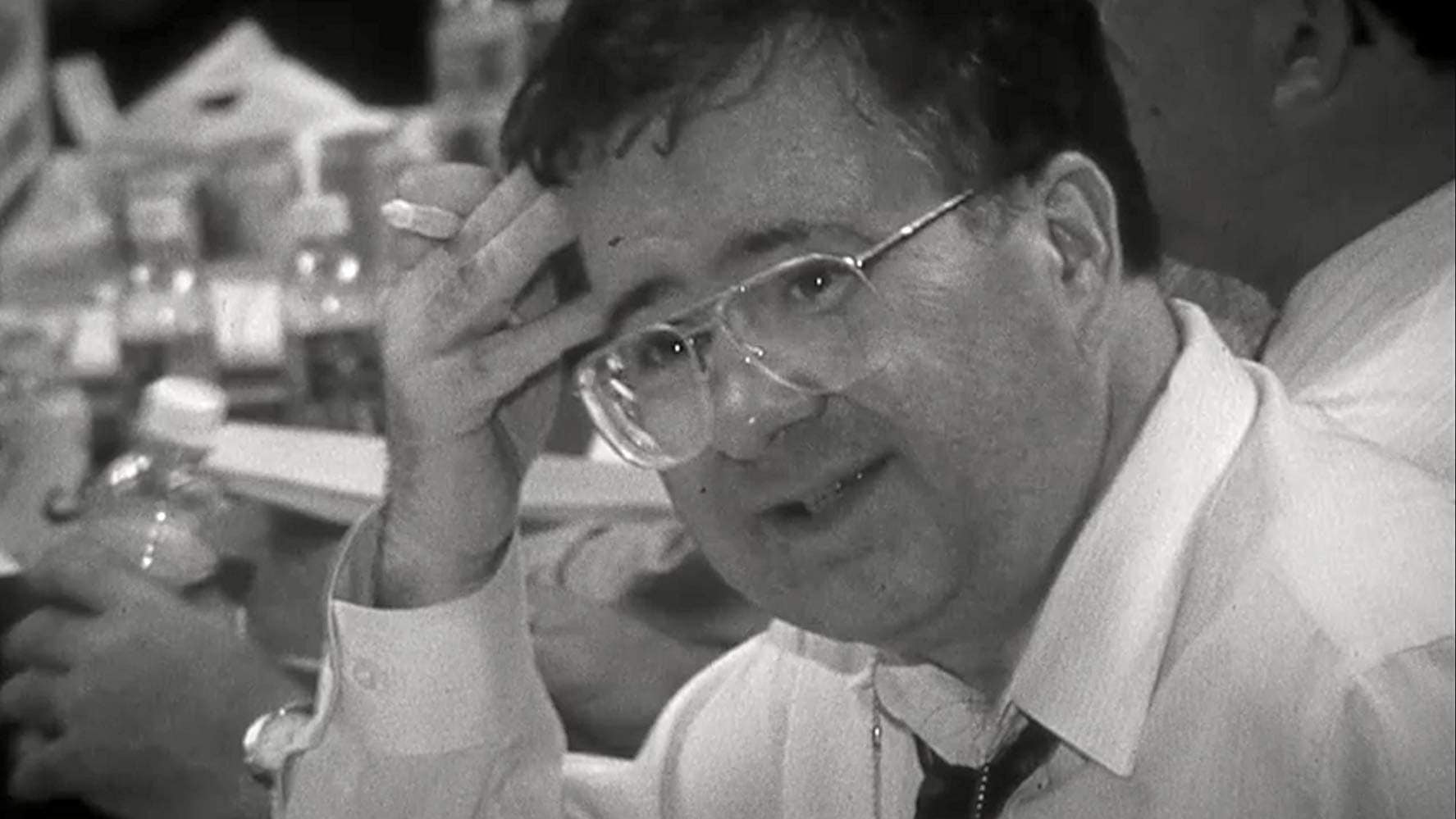 The funny thing about Jimmy Devellano and everybody who knows him that’s seen this has been like, “How did you get him to clean himself up as far as language?” Because every other word out of his mouth when you meet Jimmy Devellano is f*cking this and f*cking that.” He’s such a sweetheart. When I pre-interviewed him and it was like, “I told Mike we’re going to go and get some f*cking Russians.” And then when I sit down with him and the camera’s on  … there’s not a single f-bomb. And I’m like why not really one or two? Because that’s vintage Jim Devellano. He’s probably one of the greatest scouts in the history of the NHL. [Devellano] knows talent. There was that moment in the history of the Red Wings where they had to decide, “Do we go down this path or not?” And there were so many reasons not to. Honestly, I think Jimmy Devellano probably was a little more pro-North American hockey as far as the type of players [he wanted], but he knew talent. It was an opportunity to take a risk.

On Finding Balance when Casting a Documentary 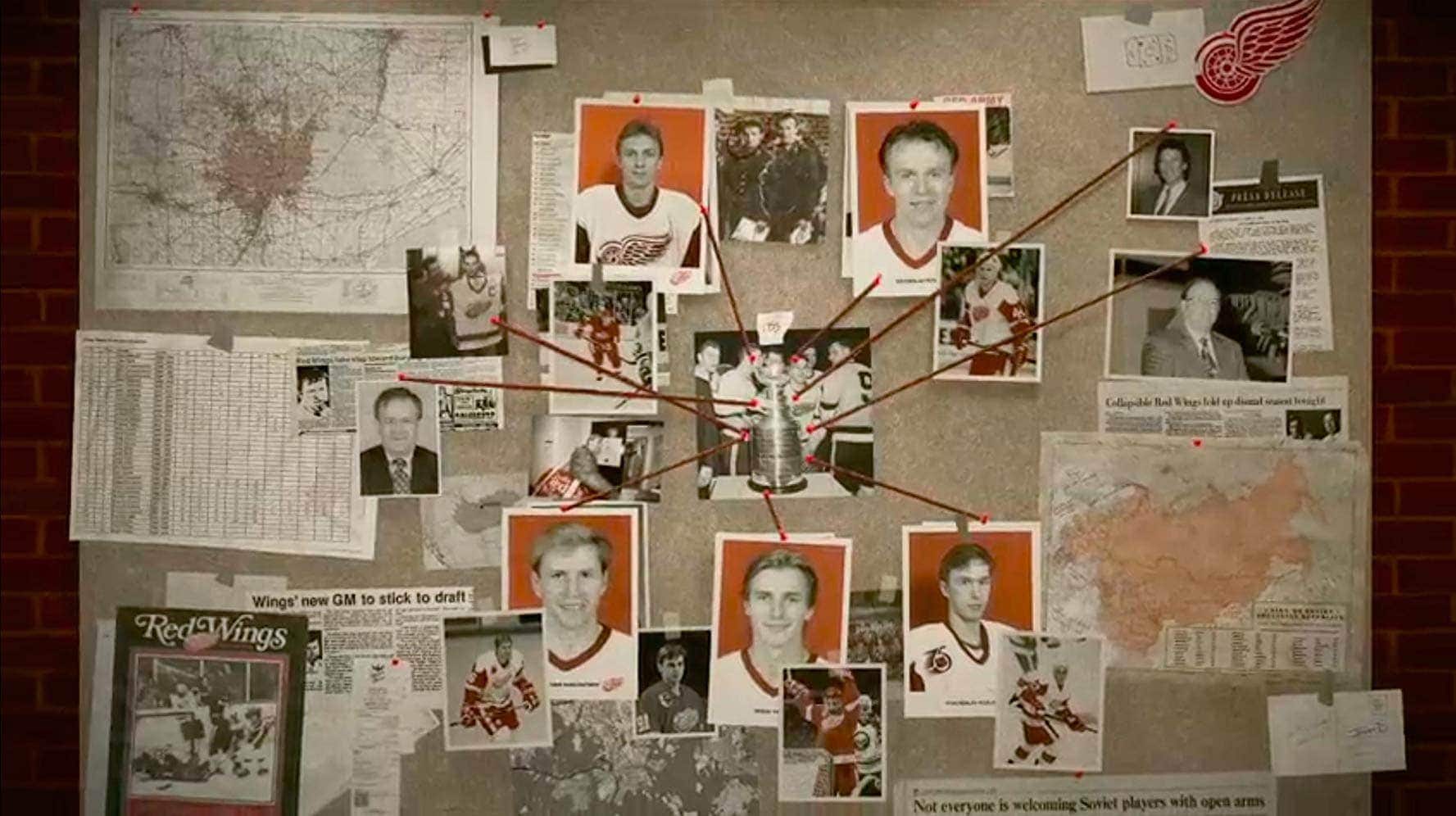 There’s only so much you can do in casting with a documentary. You want to talk to as many of the principals in the story, and sometimes they’re not good on camera. Sometimes there are guys, like Steve Yzerman who’s the consummate professional, but he’s never been the most animated guy on screen. When I sat him in the chair. I had met him once for two minutes before, and then I’m interviewing him for ninety minutes trying to get one of the most important stories of his life out of him, and it’s a challenge. But you just do the best you can. And after twenty-something years of interviews and press, he’s just a calm, cool and collected guy. [As the director], you think, “Okay, that’s what you have to deal with.”  So, then you realize that’s his role, so let’s find ways to use Steve Yzerman when we need a calm, cool, collected bloke. Let’s go straight to the Yzerman interview…

We were really fortunate to have this array of characters like Jimmy Devellano.  “Okay, we want to insert a little bit of fun in here? Let’s go back to Jimmy D.” Darren McCarty. He’s another guy who’s like any time we felt like it’s getting a little heavy, “what’s Darren have to say about something?”

And then the Russians, they’re very Russian. They’re very stoic–that’s sort of the Russian thing. We were able to get a little bit of emotional crack out of  Sergei Fedorov when we talked about the limo accident. There’s a moment in the interview that we leave in the film where’s he’s like, “I’m not crazy about this topic. This limousine topic.” And then in the interview, he completely shut down. It was, “Nope. Nope.” So, Sergei he mainly talked about the fans reaction to the limo accident, because the fans put up these signs and all that. And he started to open the door a little bit. And as he did the emotions started to come out and you could see him, he caught himself. “Nope. Sorry guys, that’s it… I knew you were going to ask me that question but it’s just still too hard.” Sergei has his reputation for being mister cool and above it all. And really, no, that’s a sensitive dude. He truly is. And almost twenty years later with the accident, it still affects him in the same way.

So yeah, we had a dream cast all through. Jeff Daniels delivers some amazing lines. He brings that professionalism and then just this charisma to the scenes that he’s in. I got really lucky that all these people were willing to participate in the project. You get only so much time with them and you don’t get the time to build the rapport that normally you would want to make a documentary. They’re really busy people.

On what’s keeping Josh in Detroit.

Family. The stories. Detroit is a [great] place for stories. There are so many important stories being told and then important stories that have happened that really haven’t been told in a way that I think is an elevated conversation. That’s why it’s hard to leave–those two things I think. As a documentary filmmaker and storyteller, I know those stories and I feel like I can bring a unique perspective to them being from the area. The New York Times writes about Detroit all the time and they miss the mark every time. The story of Detroit right now is not simply the comeback city. The story of Detroit is how a city that’s trying to come back deals with the racial and economic problems that have plagued it in the past and going forward. Is it all going to be young white hipsters moving into the city? And what is the future of that city if that’s what it is?