This biological wonder is a must see. Let’s leave it that way. 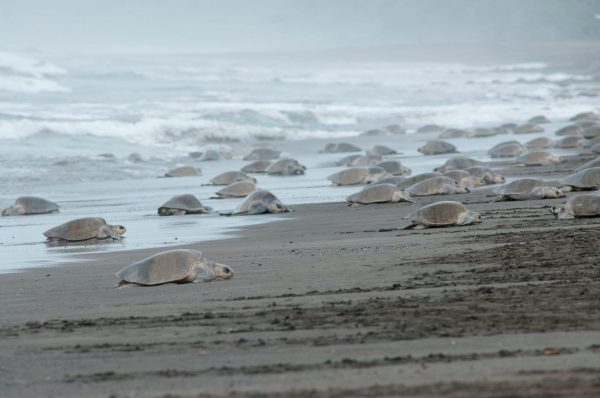 Marine biologists have yet to pinpoint the motivation that causes a mass nesting of hundreds of thousands of olive ridley sea turtles on the beaches of Costa Rica, a phenomenon known locally as arribada (the arrivals). Theories as to what triggers arribada abound, including offshore winds, lunar cycles, and the release of pheromones by females. But after thousands of years all that can be said for sure is that it happens, and it is now under threat.

When this natural occurrence takes place a “flotilla” of olive-ridleys gathers off the shore of their recurring nesting ground during the lead up to the rainy season’s new moon. Then, in an emergence lasting from three to seven days, they storm the beach, the very place where they themselves had been hatched. Their chief threat has been jaguars and pumas roaming the nearby rainforest, and occasional black vultures. The predators have had the brawn and the opportunity. The turtles have had the numbers, together laying upwards of ten million eggs in the volcanic sand. Such are the rigors of natural selection. But today, the imminent threat to the olive ridely population is human curiosity.

At the Ostional Wildlife Refuge in Costa Rica, created in 1984 to protect the second largest sea turtle arribada location on earth, it has recently been reported that major disruptions to this occurrence is due to its exposure on social media and the resulting influx of tourism. Harvesting turtle eggs at Ostional is currently legal. 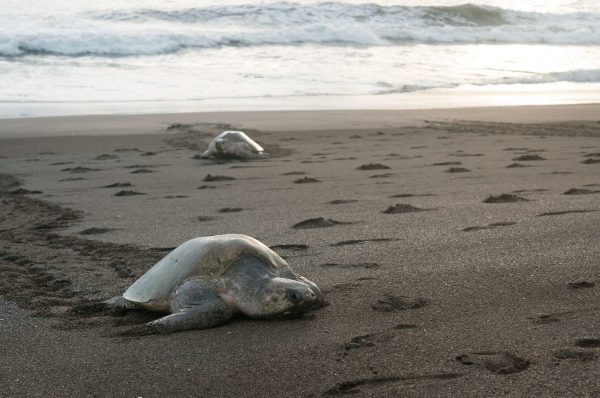 Riding the high tide, Olive ridleys return to the location where they were hatched. Altogether, the sea turtles lay upwards of ten million eggs in the black volcanic sand.

“Look what I found on my feed, lets go check it out,” is an understandable reaction. But for centuries this particular three-mile stretch of beach has been an undisturbed nesting grounds for the olive ridley, and it should remain that way. The seven staff members of the Ostional Wildlife Refuge who were recently overwhelmed by thousands of tourists would appreciate it, and so would the turtles. (Not to mention the jungle cats.)

We can only guess whether Charles Darwin would have included the social media platform as an influence on natural selection, but if he were alive today I bet he’d have a killer Instagram feed.