My Life on Rye

My Life on Rye: The Final Chapter 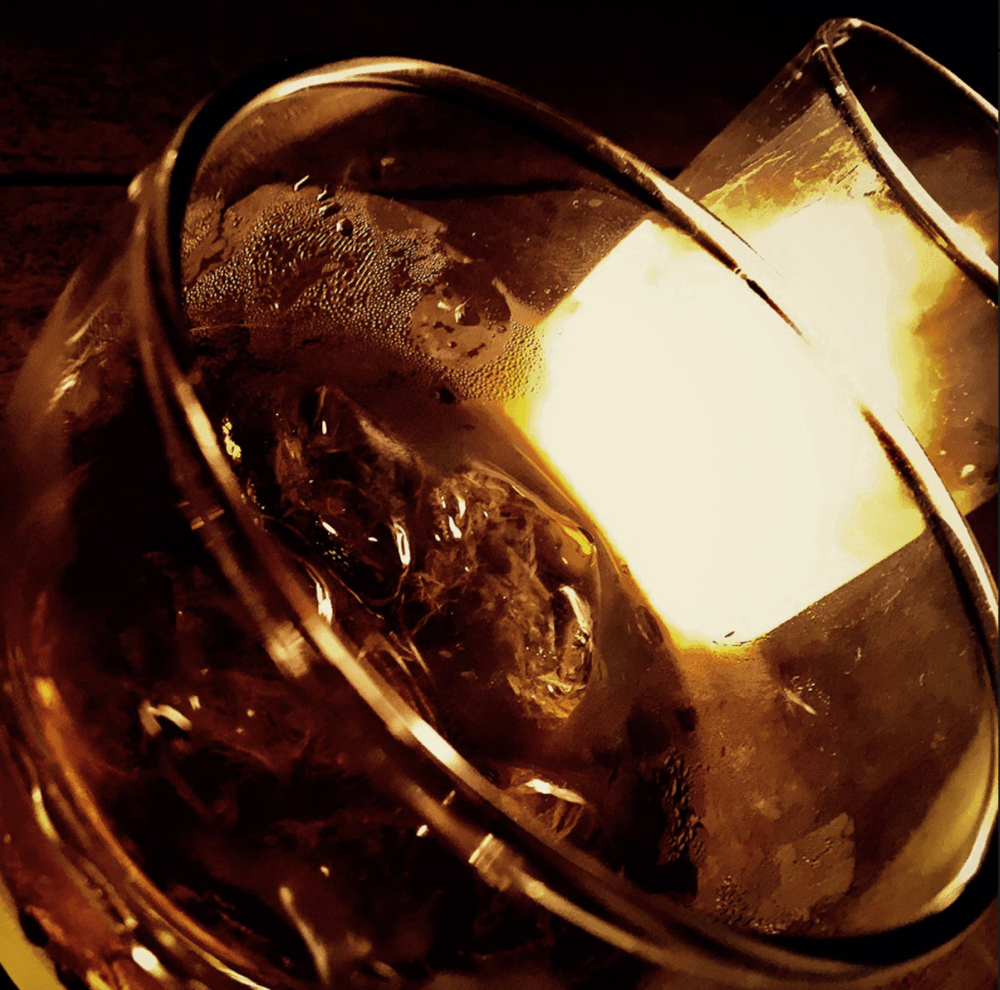 Homes and businesses fly by, as I speed North along the turnpike. My father’s truck sits taller than I’m used to, revealing trees beyond the concrete buffers. Limitless shades of green. It took seasons to get here.

Stop to fill up on gas. In the rest area, I see an older couple sharing food they brought from home.

On the edge of the parking lot sits a canopied antiques market — the type of place Kitty thrived on. I surprise myself by walking over, studying furniture with intricate carvings. Records and lamps and old suitcases with travel stickers from all over the world. I’m tempted to purchase a wooden bench despite having no outdoor space to place it. It’s the type of no-frills piece that exudes craftsmanship and solidarity, as though one could sit forever without fear of falling.

There are certain things a man holds fundamentally true about himself no matter how the evidence stacks up. Among these pillars of testosterone: the ability to drive any vehicle in any setting with utmost proficiency.

Reality comes crashing down as I ineptly try to maneuver the truck through midtown traffic. Twice, I nearly sideclip a smart car. A cyclist slaps his palm against my window when I try to merge. I block boxes, run red lights, and all in all mystify myself as to how truly bad I could be at something.

Thankfully, I make it to a parking garage with the body count still locked at zero. I double-check the tarp over the flatbed where infinite records reside, then hand the keys over to the attendant.

I sprint six blocks to the arched front entrance of Pershing Square. End up out of breath and sweating. Kitty’s there at our table, in the far back corner by the windows.

“Sorry to keep you waiting,” I say. “I’m not used to driving in the city.”

“You bought a car,” she says, flatly.

“It would be nice if we could settle things, before you made them more complicated.”

She studies my face, intuits everything, then sits back with a softened expression. “How did it happen?”

The server pours me water. I drink it down.

She clasps her hands on the table, says my name with sympathy, and like magic my would-be enemy from the past few months has disappeared. She’s the TA with river green eyes. The bride emerging from French doors at her parents’ property. The parent to our pup. The driven-beyond-driven professional whose ambition I mistook for apathy.

She drops her head. Whispers something I miss, then admits that her lawyer went beyond what she asked him to file for. We share a brief laugh over lawyers  — who knew we could still laugh together? — and I offer to settle for whatever she thinks is fair. We’ve put each other through enough.

She abruptly stands and excuses herself to the restroom.

When we first came to this restaurant, we were children dressing up as adults. We returned time and time again not only out of proximity but the grandeur of the place. We were carving out our stake in the city — and, by extension, the world.

Kitty returns, red around her eyes, and signals for the check. “I should go.”

“It’s a lot to take in,” she says, blinking back emotion.

“One thing,” I say. “Is there any chance I could take Spud home?”

I hold up my hand to stop her.

She tells me how much our boy’s missed me. I say it hasn’t been the same without him and she nods.

“Are you parked close by?” she asks.

“More or less,” I say. “But there was something else.”

She shoves the receipt in her pocketbook.

“Would I be able to see where you’re living now?”

Her eyes soften somewhat, and we rise together.

She leads me to a nondescript townhouse within spitting distance of the restaurant. The Good Doctor is at the office, working. Her expression, when she reveals this, more or less amounts to: Don’t screw up this ceasefire.

Spud meets us at the door, beside himself. He leaps onto his hind legs, leans his front paws on my thighs, and together we frantically waltz. I nuzzle the guy’s face as though there’s no tomorrow. He runs circles in place, dashes to the other side of the room, brings back a toy to show me.

Kitty watches us together, starts to say something but stops. “I’ll get his things.”

I glance around my ex-wife’s new home. It’s neither a palace nor the devil’s playground — merely an apartment like any other. With a stab in the gut, I see how well our couch fits the room.

She returns with his dog food and a tote bag full of toys. With a grin, I accuse her of spoiling him. “You try being the guilty parent,” she says.

“Been there,” I say. “I was basically feeding him roast beef from the deli and nothing but.”

Spud runs laps around the two of us, drawing us together. I loop him into his harness and Kitty pets him furiously.

“Whatever you need me to sign,” I say. “I can come to your office, wherever. I’m pretty free for the foreseeable future.”

In her eyes, I see twenty years of laughter and non-silence, plans and disappointments, youth and the passage of time. She searches for the words but I’ve been there. It’s like staring into the sun.

Downstairs, Spud shows me all of his favorite pee spots, pulling on the leash differently than I’m used to. He prances and wags his tail, crosses the street only to cross back again. Barks at a big dog. Sidles up to a mini-whatever. The neighborhood is a lot like ours — quiet homes, families, money. I stop Spud from trampling on a bed of flowers and he grins his biggest smile yet. Then he pulls me back toward the Good Doctor’s apartment. I get him a little farther, he lies down on the sidewalk. “We’re parked that way, buddy,” I say. “We’re going home.”

And it hits me: he is home.

Compare the attention of two doting vets with an only recently stable-minded single parent in a vacant beyond vacant apartment. He wasn’t happy there, with Kitty gone.

He rolls over and I scratch his white-blond belly. My father once faced this choice. It defined our relationship. And yet, in this moment, despite the reluctance and heartache flooding through me, I choose to feel gratitude. Self-pity is suffocating.

Kitty is wiping her eyes when she answers the door. “Did you forget something?”

“Yeah,” I say, letting Spud go. Our boy dashes into the room and leaps onto the couch. “I’m thinking he might be better off here for a while.”

“You’ve been taking really good care of him.” I hand her his bags.

She says, “He’s better off with you.”

I say, “No bullshit between us.”

The moment for an embrace comes and goes.

I kneel. Spud races over. “Bye for now,” I say, wrapping him in my arms. He pants in my ear, sheds fur all over my shirt. “You’re my everything and I’ll see you real soon, okay? Chew all of the furniture and puke on whatever’s most expensive.” I lock eyes with Kitty and shrug. “I’m in a better place. I didn’t say I’d matured.”

Outside, for once, there’s a breeze sweeping the hot air through. I check the sky for storm clouds, then opt to count my blessings.

The stage lights are bright as I finish my second song — a cover of something I’ve loved since childhood. Shadows cloak the audience’s faces. The bartender’s idle for the moment. The mic crackles when I speak.

“This next one is an original. Still working it out. Thanks for being part of the process.”

There are moments when you’re playing a song and the gods reach down to take over. When time stops and flies. When each note tremors with the possibilities of your heart.

I could beg, I could run
I could let our love go
I could drink ‘til the world starts to hiss
But this ain’t a book or the movies
Sometimes two lovers just miss

You found something good, you should keep it
Endow it with  everything fine
I’ll love you forever, I’m sorry
That house was empty inside

I lock away my father’s guitar to the faint buzz of applause. Step down from the stage. A stranger claps me on the shoulder.

The bartender and his jawline await. “Not bad,” he says. “What’ll you have?”

It takes him a minute to locate the compromise bourbon. By the time he pours a glass, a friend’s arrived.

“Make it two,” says Fiona, climbing onto the stool beside me. We clink our glasses, her eyes follow my hand. “No wedding ring.”

It carries all the notes that a good bourbon should carry — though perhaps a bit subtle for anyone not paying attention.

I ask, “Where’s your rockstar?”

She groans. “I am through dating boys. They never know what they want.”

“Hate to break it to you, but that extends well past boyhood.”

She eyes me. “You seem different.”

“No job, no prospects… no worries,” I say. “But honestly, I’m more interested in hearing about you.”

“Never figured you as one for small talk.”

“No small talk. I really want to know.”

She tucks a loose strand of hair. “Things have been good,” she says. “The distillery got mentioned in this online fiction thing, so work’s been busy.”

A girl-guy combo harmonizes onstage. Fiona and I lower our conversation to a hush.

I learn that she’s a conservatory-trained singer with an incurable case of stage fright, that she’s the oldest of three daughters and only visits home on the holidays, that she has an ankle tattoo of the Looney Tunes Roadrunner. The music comes and goes but the energy only swells. The manager interrupts us at one point to ask me a question about their books.

“You should get a job here,” says Fiona, after he leaves.

She leans in, conspiratorial. “I thought money was an illusion?”

Before either of us notice, it’s four in the morning and the bar is closing. A brief silence falls as we anticipate the next moment. I glance down at our glasses, and realize we’ve been nursing our first round the whole time.

This piece concludes a year-plus serialized fiction experiment by Nathaniel Kressen for At Large magazine. New installments were published weekly, each based around a different liquor, that are presently being revised into a novel.

The author dedicates My Life on Rye to Jessie and Charlie, and wishes to thank Dallas Athent, Erik Rasmussen, Chris Campanioni, Ginger Hughes, David Seldow, Lili Vasileff, his core group colleagues in the Greenpoint Writers Group, and countless others for their help in shaping & refining this project. It truly takes a village.

Nathaniel Kressen is the author of two novels — Dahlia Cassandra and Concrete Fever (Second Skin Books) — as well as the leader of the Greenpoint Writers Group. His work has appeared on year-end best of fiction lists from Entropy and Luna Luna Magazine, and become bestsellers at independent bookstores nationwide, including Strand Book Store. His forthcoming third novel — My Life on Rye — was originally commissioned by At Large Magazine and published in weekly installments for just over a year. As one-half of the wife-and-husband team Grackle + Pigeon, he published the perfect gift for the young and young at heart with Blanket Fort: Growing Up Is Optional (HarperCollins/Morrow Gift). You can find his work at nathanielkressen.com.