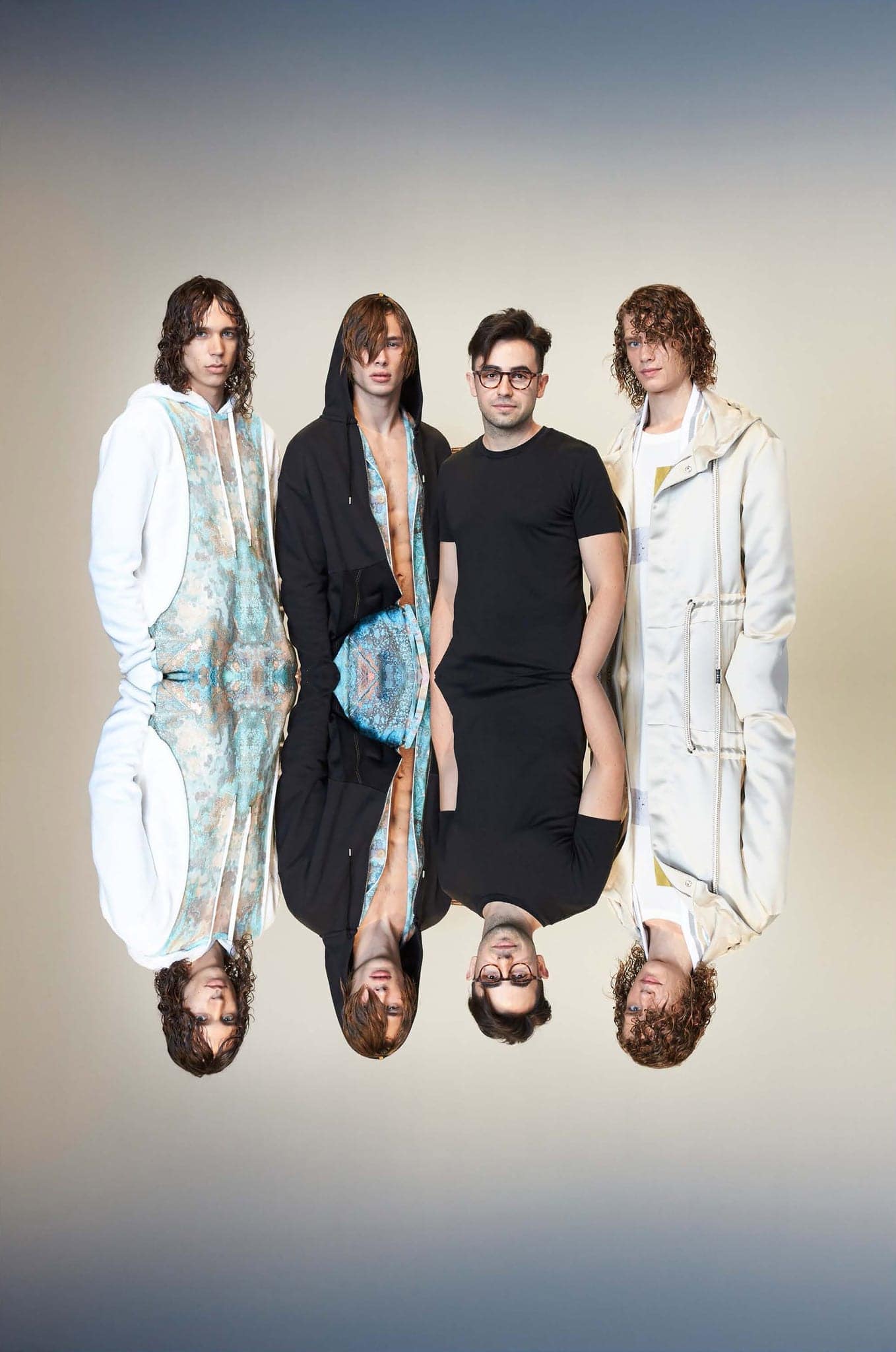 There is a new brand in town. Ready to take you from the construction site to the conference room … then on to cocktails and a casual chill with your hot date. The brand is labeled GARCIAVELEZ and the designer just happens to be an award-winning Harvard professor of architecture who blew my mind with cultural references that I was excitedly Googling during our time together.

Carlos Garciavelez is a shy guy with a busy brain. He is deep into his third collection while also writing his lesson plan for the next semester, which is a class I would love to take. His life has always been about building something. He springs from a family of well-known architects in Mexico so his leap to design naturally came with a built in bridge. His mind was shaped to see new objects within blank spaces. 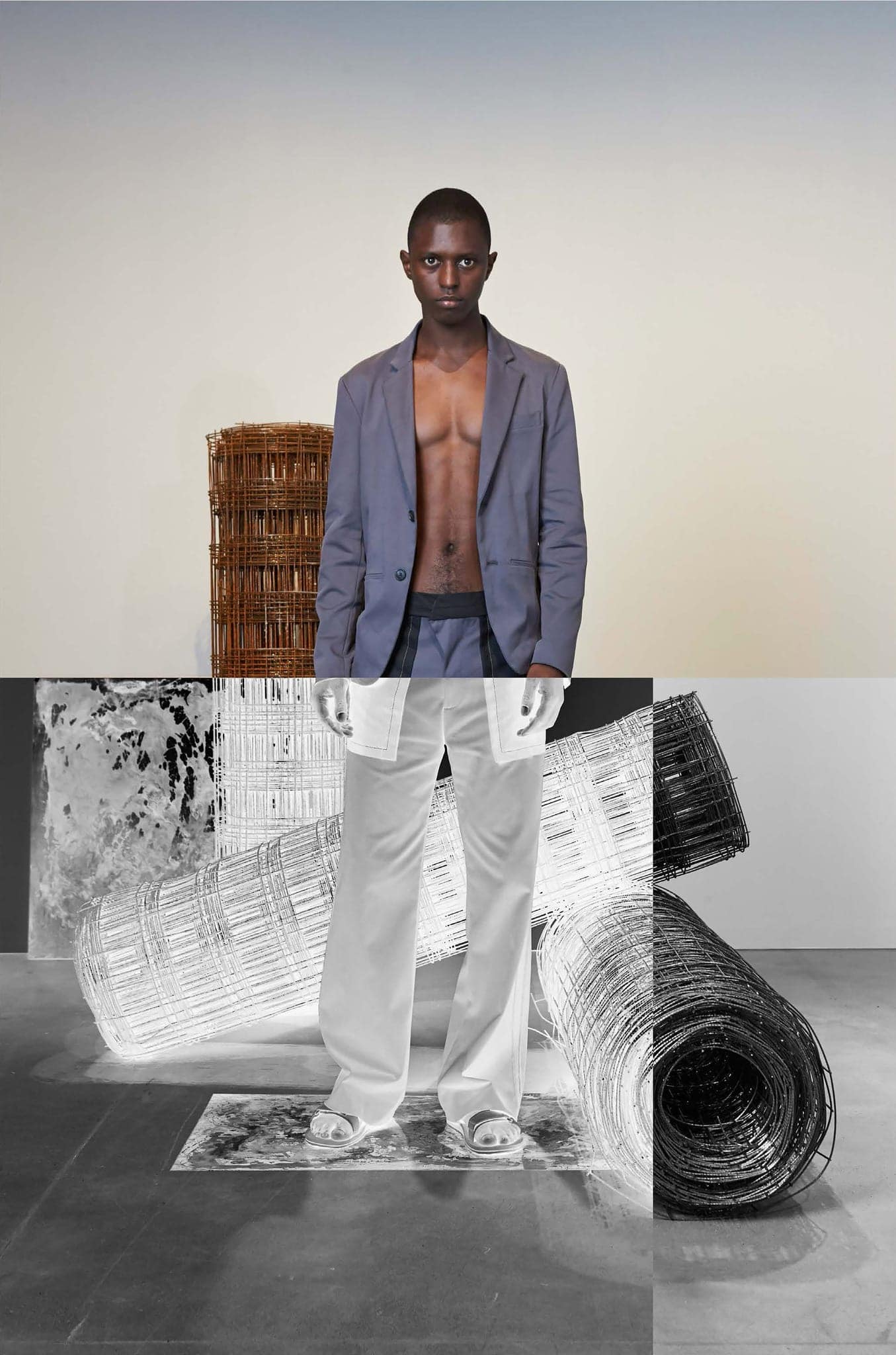 Designing his menswear line uses the same logic as if he were designing the blueprints to a building. “Does it work?” is the single most important question he puts to himself and to his students. Just like he did when I tried on one of the coolest twists on a gray blazer I’ve ever worn. The front: simple and traditional. The back: a world of opportunity with three sleek ‘slats’ adding the simplest and most striking of details. I suddenly couldn’t wait to be seen making an exit. Garciavalez’s inspiration spans from architects like Peter Zumther, a master of surprising use of materials, and the detailed geometry of Carlos Scarpa, to the likes of designers Alexander McQueen and his coalition of drama, and Hussein Chalayan’s fashion-as-art-form. Layer in Giorgio Armani’s masterful rethinking of a man’s jacket and you have a snapshot of Garciavalez’s take on menswear. 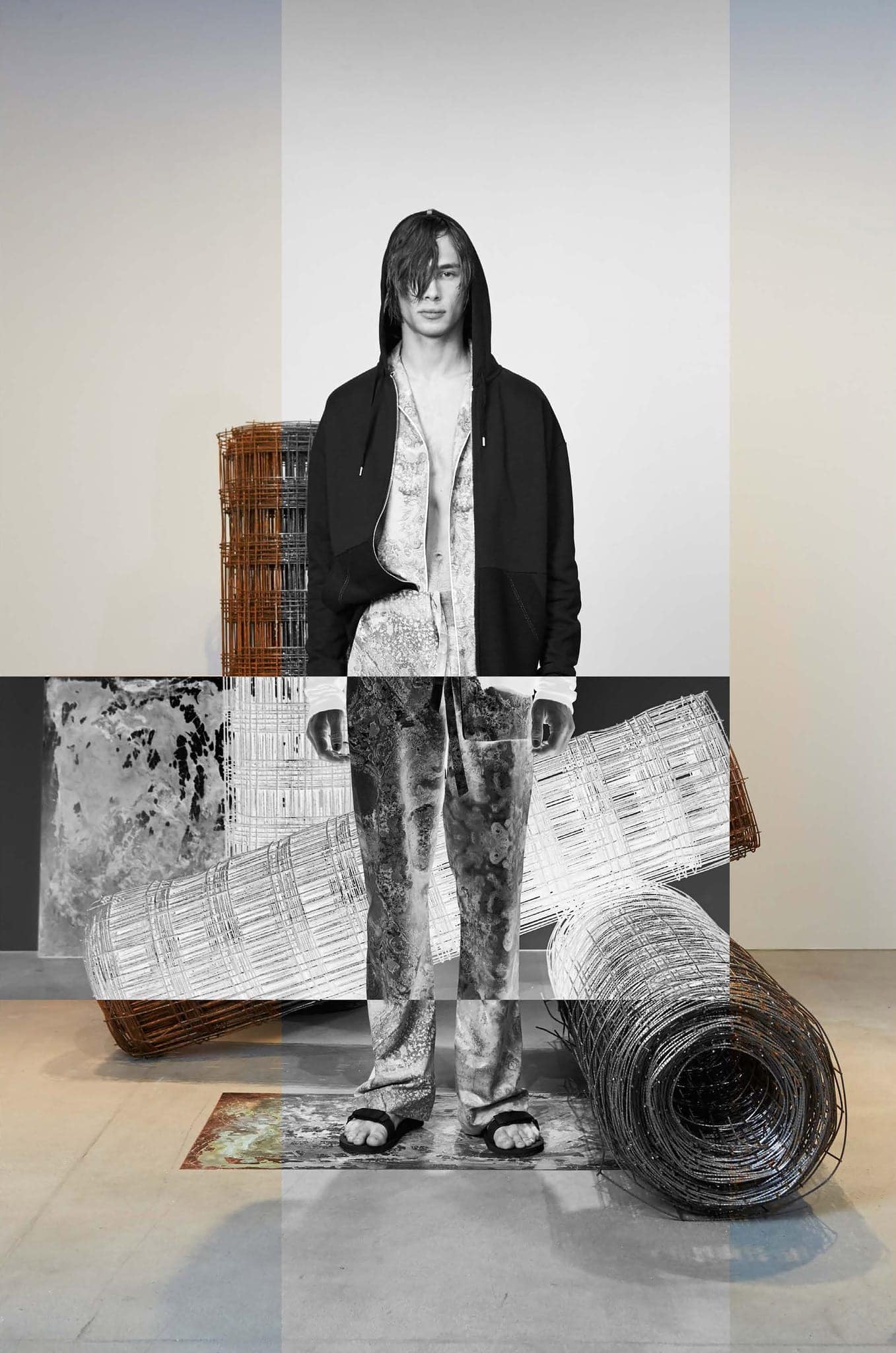 His most recent collection was like a class in Nature vs. Decay. It called out “the expiration date of the infrastructure of the contemporary American city,” exposing the seams of each garment as if they were the straining beams of a fading bridge. Pale shades of blue and green emerge like the moment metals are exposed to air and seawater and begin to deteriorate. Patterns play like gray shards of concrete across each other. As raw as it sounds, every piece was wonderfully symbolic of ease and comfort.

Throw it on. Look cool. Out the door to catch a plane. In my new gray blazer. 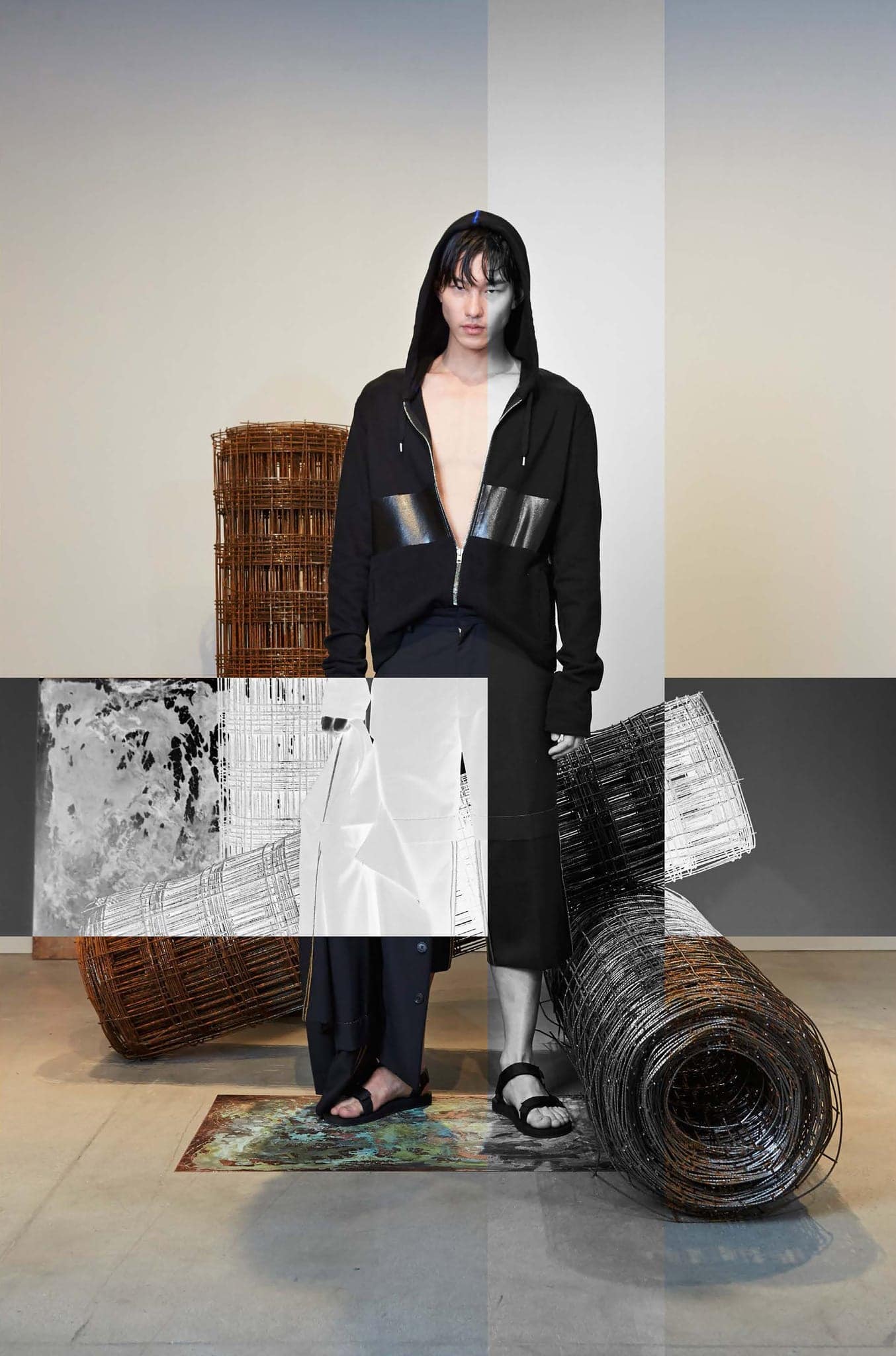