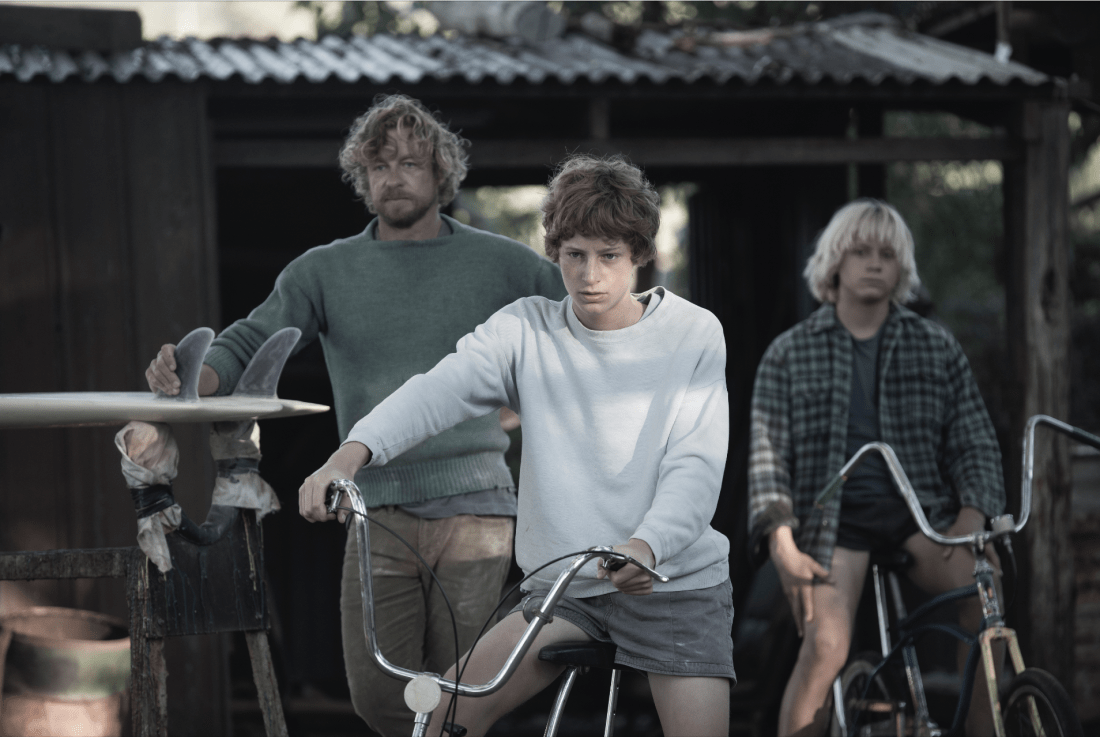 People keep asking me if I’ve seen the new Simon Baker surfing movie, Breath. It occurs to me that the people asking haven’t seen the movie. If they have, they would know it is not a surfing movie. It has a few tropes of surfing movies It has some really hot looking actors or some who will be in a few years (oh don’t #metoo me, I know what I’m saying) there’s the big wave that tests the moxie of the leading man err in this case adolescent young man and like most surfing films, music plays a critical role. Surfing has more than one thing in common with music—like music is all about timing but there’s practice, mastery, artistry and skill to the sport.

Based on the award-winning, international best-selling novel by Tim Wintonand set in the late 1970s Western Australia, Baker accomplishes something that is difficult in a narrative film. Recounted as a story from one character’s POV as an adult about his childhood, his awakening sexuality, what it means to be a friend, a son, a school-boy, to learn the skill of surfing, to trust adults, to learn that not all adults are worthy of trust but still are worthy of love and how to take a breath when it seems impossible to breathe. There’s a deliberate and tantalizing slowness to the film. Baker doesn’t want to rush us through this brief period of Pikelet’s (Samson Coulter) and Loonie’s (Ben Spence) childhood. He takes on the added challenge of directing as well as playing a supporting yet critical role in the film as both a mentor to the boys and an unwitting adversary to Pikelet.

Like a song that is impossible to dance to but easy to make love to, the film quite literally takes our breath away at the beginning, by plunging the two best friends into the water to see how long they can hold their breath without coming up for air. Breath is the second film in the past six months I’ve seen with the Fleetwood Mac song , The Chain, from their 1977 Rumors Album on the soundtrack. The earlier film was I Tonya. Please click the link to Fleetwood Mac’s The Chain before you continue or you’ll hate me. (Once you have it playing, keep reading.) According to my dear friend and talented musician, Lili, “The single beat of silence in the intro to the song is striking.  It feels long, yet is just one beat out of many.” Every time I hear the song and I have heard it hundreds of times I always find myself catching and subsequently holding my breath at the beginning. 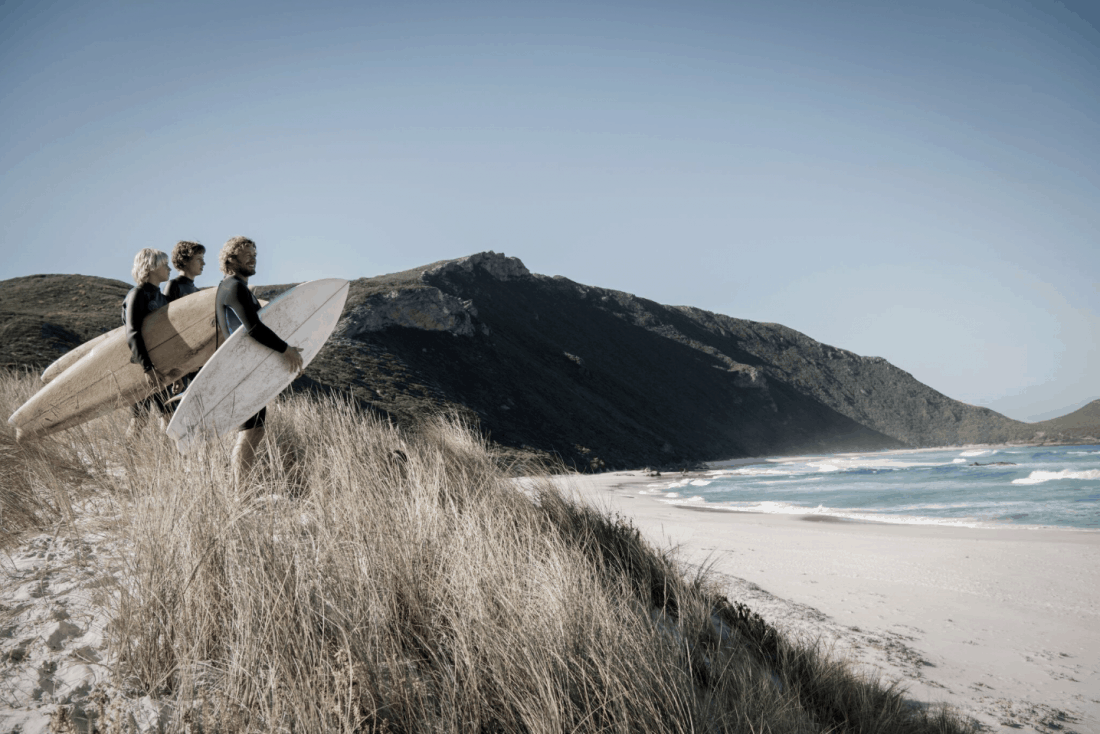 The thing about this particular song is that it is the only song that all five members of the band are given a writing credit for so it is technically an ensemble piece. The film is really Pikelet’s film but without the ensemble, there is nothing to drive the narrative. The Chain was released on the Rumors album 41 years ago and seems impossible to imagine without all of the band members. I’m not planning on living another 41 years but I’m willing to bet one hundred dollars that it will keep popping up in films in perpetuity. Lili elaborates, “…instruments play for seven full measures, plus the first three beats of the eighth measure, followed by the single beat of silence.”

This part always kills me. It’s where Mick Fleetwood hits and then immediately silences the snare drum and the hi-hat on the third beat of the eighth measure that always makes me suck in my breath. “The instruments resume on beat one of the ninth measure, with vocals joining in soon after.” Bewildering the effect of the song on my nervous system but Lili says,”the choice of that steady driving, drumbeat, is a large part of what makes that silence effective, I think.  It’s like a pounding heartbeat, and the suspension of that heartbeat stops everything, including your breath.”

The Chain is not an unsophisticated song. Though the lyrics may be deceptively simple, the execution of them is not. “Listen to the wind blow, watch the sun rise. Running in the shadows, damn your love, damn your lies,” this is sung in harmony with people who are acrimonious and being used in a film about a boy coming of age in a friendship that like many marriages is more habitual than stable. He finds some sort of validation with a woman who is in a volatile relationship. His best friend has run off with her husband to surf in Bali. They both feel betrayed. “And if, you don’t love me now, You will never love me again,I can still hear you saying,You would never break the chain (Never break the chain). There is a lot of surfing in the movie, but it is not a surfing movie. With music, the spaces between the notes is often what makes music, well, music. The film is a coming of age film that deals with sexuality of adolescence and the blurred lines of what happens when a teenager has an adult’s body but is still not a fully formed grown-ass adult but Breath like the act of taking in oxygen into our bodies is so much more. My guess is that you are about halfway through the song. Just close your eyes and really listen to it, all of it. Baker knows what he’s doing.

Adapted from the Novel by Tim Winton