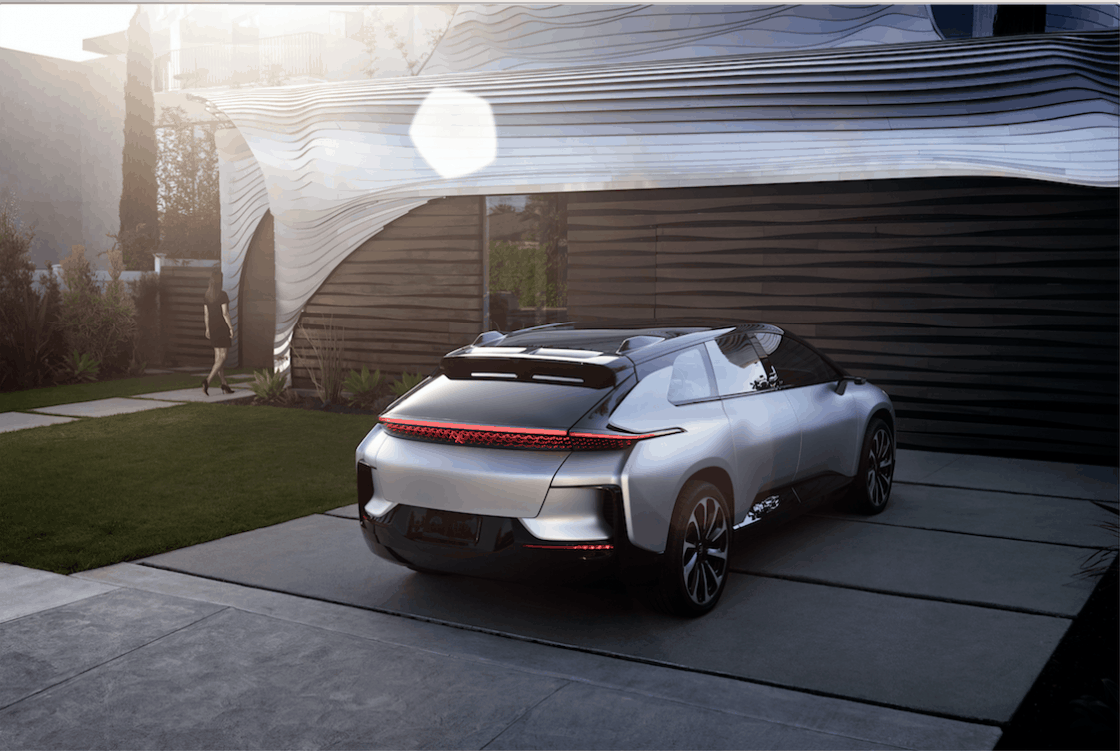 Imagine re-materializing inspiration into more inspiration. It’s not a matter of alchemy, just the drive to imagine and innovate. Faraday Future has always had its eyes focused on what’s next, so it’s no surprise that what began as a brand exercise to design items inspired by its flagship FF91 has already provided lead designer Richard Kim and his team a jolt of inspiration to begin thinking about the future of the most advanced electric car itself, ideas that include appropriating the ride-share model of services like Uber and Lyft and the luxury, higher-end experience of first-class air travel. It’s a new approach to car usership.

But it began with an in-house brand exercise, one that re-imagined the FF91’s design as functional lifestyle assets, including an aura diffuser for aromatherapy, a soundelier wind chime designed out of the vehicle’s aluminum alloy, a chess set that teaches you how to perform better as you play, and a zero gravity lounger, corresponding with zero-gravity position—according to NASA engineers, the ideal angle for a body to be in, a conjecture Kim himself avidly tests. “When I come home,” he tells me, as we speak over the phone, “my wife will often wonder why I’m still sitting in the car, parked in the driveway, half an hour later.” 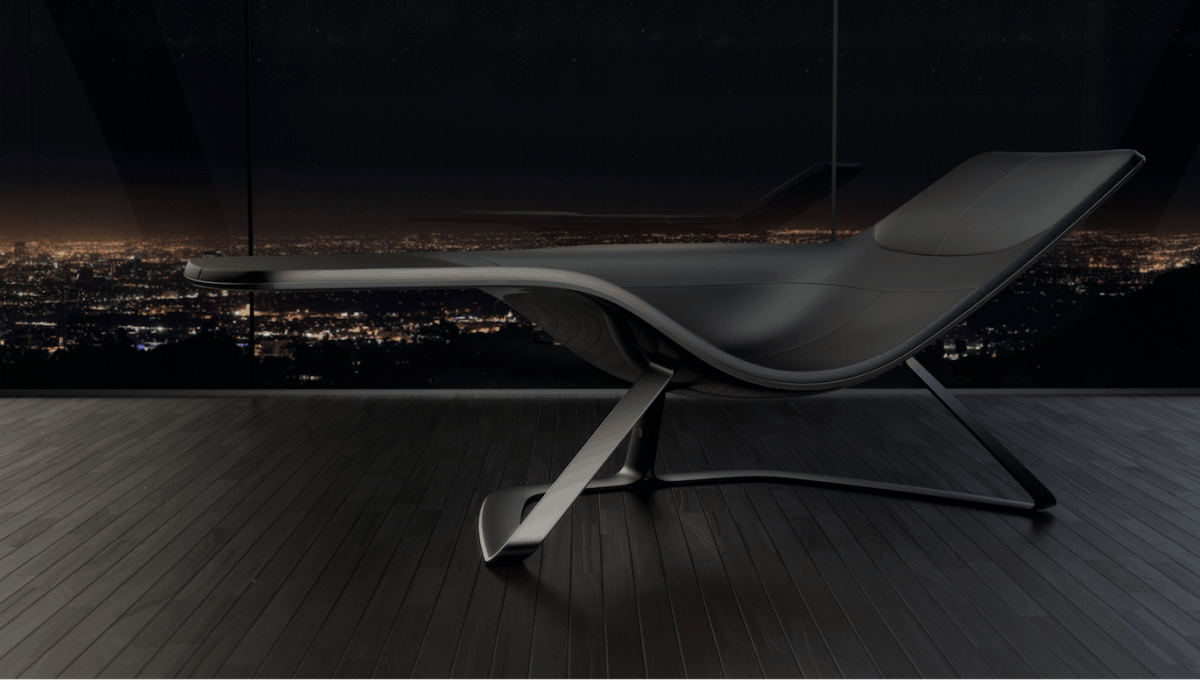 But the collection, coded as the FFuturist Senses Series, is not just a playful gimmick. It became a way to think about how to better upgrade the car. To revamp the car and to revise how we—consumers, producers, designers—arrived.

Horses, a cabin, some trunk, what was commonly referred to as a luggage compartment. And then, instead of horses, we had combustion engines. We’ve all been here, even if here is only in the middle of a very long line, queuing up for gas, when we could be going places. But electrification has allowed for a very different layout and potential outcomes; a very different set of challenges but also different objectives.

There’s a new movement in cars. The younger generation doesn’t necessarily want to deal with car ownership in the same way. And I think the popularity of Uber and Lyft point to that.

For Kim, who managed the design team for Audi, Bentley, and Porsche at the VW Group Design Center, and served as the lead designer and founding member of the BMWi team—supervising cutting-edge models that included the i3, i8, and the i8 Spyder—prior to joining Faraday Future, the task has been simultaneously frustrating and liberating.

“The thing about cars, compared to, let’s say, consumer electronics, is it’s so much about style and fashion. Desire. And it’s been that way for so long,” Kim says. “It’s a little harder for the general public to understand what someone like us is trying to do sometimes. But you change the grille shape, and people have a cow over it. Here we want to do something that is super high-tech and futuristic, but we also want to express that in a visual way. Really, we wanted to have a UFO on wheels.” He pauses and I start to picture it. 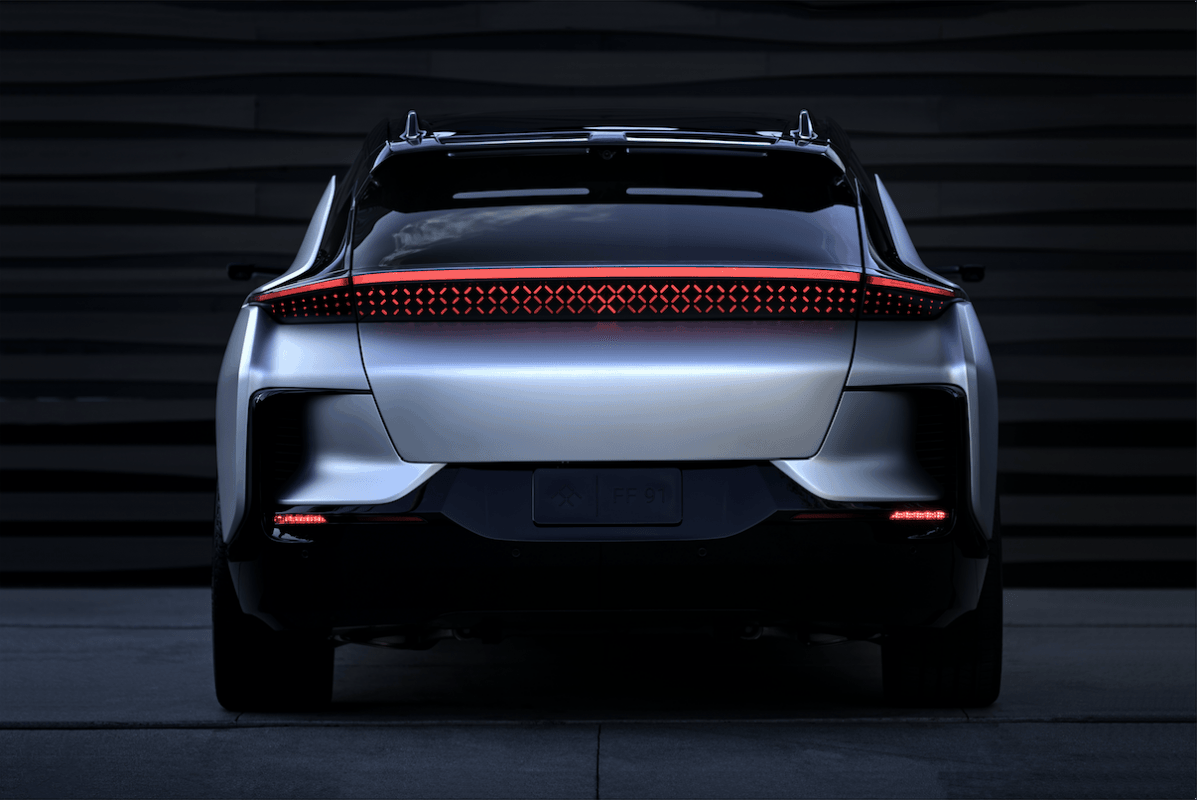 “I want it,” Kim cuts in, sending me back to only picturing him, holding the phone with his right hand as he gestures with his left hand, unless he’s talking on speaker. “But what is it?”

And before I can ask, Kim returns to guide me. Auto-correction.

“But it’s the connected, smart, autonomous mobility system that is a huge sweep of sensors, cameras, radar, lidar, and all of that has to be integrated into the car,” Kim adds. “Otherwise, you’ve got a ton of junk hanging from the roof. That’s not what we are looking for. We are really trying from scratch to find a home for all those bits of technology. And that’s a huge challenge.”

Perhaps the bigger challenge is having your pulse on the next generation’s nascent social norms.

“There’s a new movement in cars,” Kim suggests. “The younger generation doesn’t necessarily want to deal with car ownership in the same way. And I think the popularity of Uber and Lyft point to that.”

These developments change the mind-set of conceptual design, as Kim has already pointed out, but it also creates a new demand.

“How can we give a high-end experience to someone once in a while?” Kim asks, mimicking so many early morning meetings and late night group-think debates. “So we are trying to design a version that is shared and eco-sensitive.”

Imagine your rental car recognizing who you are the moment you step inside. As long as you pre-register with your FFID—a comprehensive profile comprising everything from your seat setting to your favorite song—your car will already have adapted to your preferences, before you even secure your seatbelt. And in concert with our affinity for conserving resources, all of the hardware is upgradeable. Everything about the car can already be replaced, instead of re-bought.

“We’re trying to be the most extreme technical platform for mobility,” Kim says. “You are going to be changing all the time, always be upgrading, always be updating. You can never design and build classics. But even so, that doesn’t apply with us.”

Sometimes even the accidental becomes a part of Faraday Future’s DNA, through its all-inconclusive, wholly embracing methodology.

“We want our experience in the car to be learning about the user and making the experience of the user better. It’s like updating your phone,” Kim says. “How can we materialize AI but on something on the brand level, something that is more timeless? And that’s where the chess set came in. No one here knows anything about chess. We found out it’s a very strict game. But everything we do here is about bringing us out of our comfort zone.” 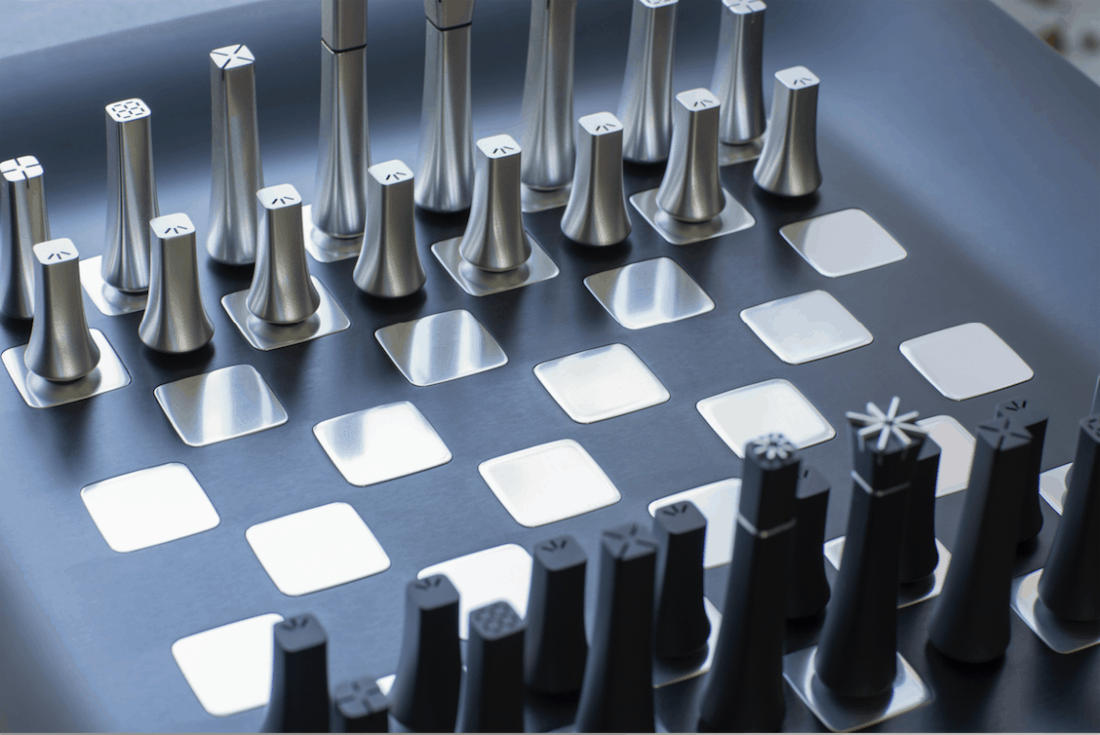 And even as Faraday Future’s drivers explore new adventures, it’s increasingly harder to get lost, given the smart car’s navigation system.

“The car is constantly mapping roads,” Kim explains. “It teaches itself how to navigate better. When you’re inside the car, you are using the voice command, and it’s learning your voice better.”

Everything, then, becomes a seminar discussion in which new ideas are exchanges and committed to memory to foster future progress—an experience that Kim is intimately familiar with, having served on faculty at the ArtCenter College of Design since 2007. His role as an instructor has shaped him in important ways as a designer, and not just because he has hired a couple dozen former students as junior developers.

“You really have to find the language to explain why you do what you do,” Kim says. “And the requirement to think about the rules of the subjects you work on keeps you theoretically grounded.”

And yet it’s that mix of being grounded and encountering a sublime, exceptional experience that continues to be FF’s calling card.

Something that happens often in LA, where Faraday Future’s headquarters are based. And as we continue talking I’m picturing where I’d rather be for two hours, but Kim, always at the vanguard, already has another image to re-direct me.