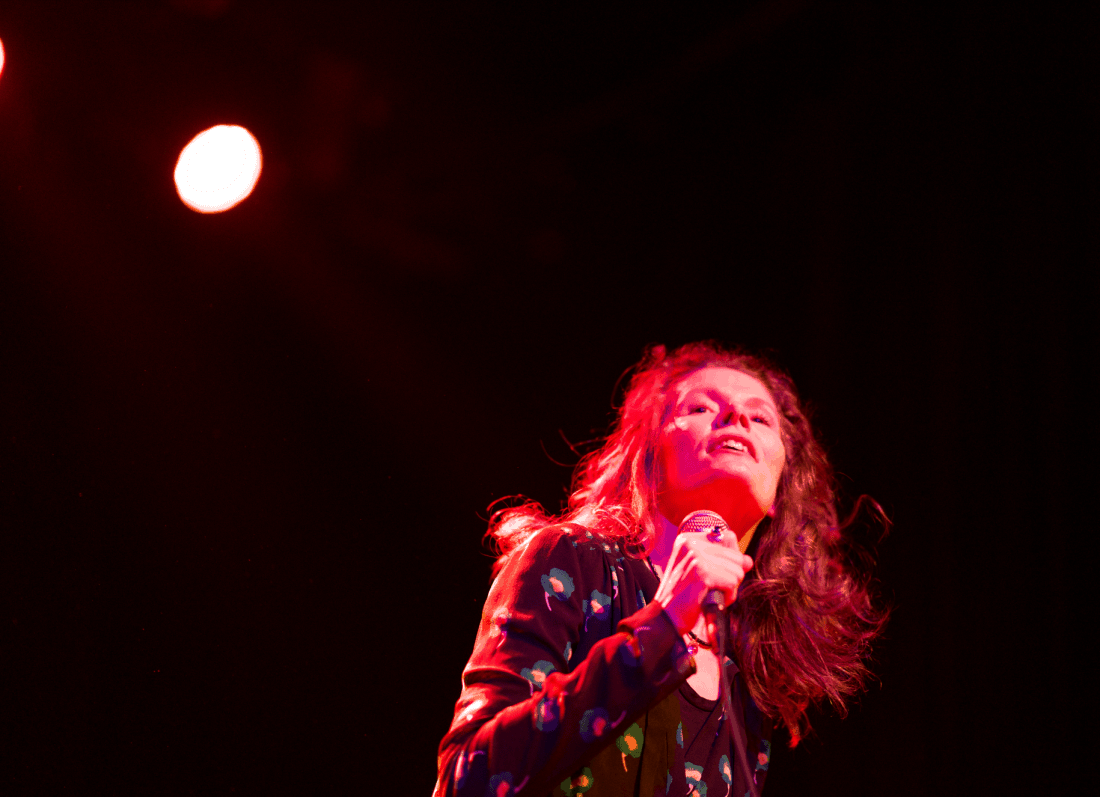 Nothing about NYC on a chilly fall evening screams, “Go to a concert at a venue with no seats.” When it rains in the city, the streets become mini lakes, the storm drains oh after about 15 minutes of rain can’t keep up. The leaves having blown off the trees are now clogging the drains so that the average person is up to her ankles in a stew of discarded cigarette butts, dog poo and bits of trash. New Yorkers need a whole lot more than getting their pants wet to keep them home on a Friday night, but it can make them a wee bit peckish. Irving Plaza is a ballroom style venue with no seats and an upstairs balcony section with some sofas, a bar, a velvet rope for a cool kid’s section for those with a VIP wristband and monitors circa pre-HD-lithic. If you were at Edie Brickell and The New Bohemian’s concert at Irving Plaza, I hope you knew about the four-dollar cash only coat check. Otherwise, stashing rain gear and the ubiquitous second pair of shoes for most NYC women could have made you cranky. Until… Standing in front of the stage offers a privileged perspective to the last-minute goings on before a concert starts. There’s the plugging into amps, the testing of pedals oh and the lighting of incense—after all these are the bohemian friends of Edie Brickell. Saying that the members of the band are anything, but friends seems disingenuous.

When Edie Brickell entered the stage in a mock slo-mo run, she made everyone smile, which is what she seems to do best. Sadly, the tour promoting their latest album, Rocket, is over. Fret not, the album is dropping on December 14th and it is vintage Edie, which in my mind means familiar but never repetitive and always fresh. There were the Newbos standards like, What I Am that got the crowd singing as if part of the band—the minimal light effects danced across the heads of the audience. Bare faced, wearing jeans, tall worn brown boots with no appreciable heel and a black blouse with a green print Ms. Brickell looked as if she was in the living room with a bunch of her closest friends.  The new single, What Makes You Happy rings like music you immediately know is new but wait, who is that? Have you heard them before? They’re too on it to be first timers but you can’t quite place them—classic Newbos.  Brickell is a storyteller, musician, wife, mother, friend and a woman determined to fight the good fight by singing her way into the third decade of her career about what makes her happy. The new video is the perfect antidote to the end of 2018. 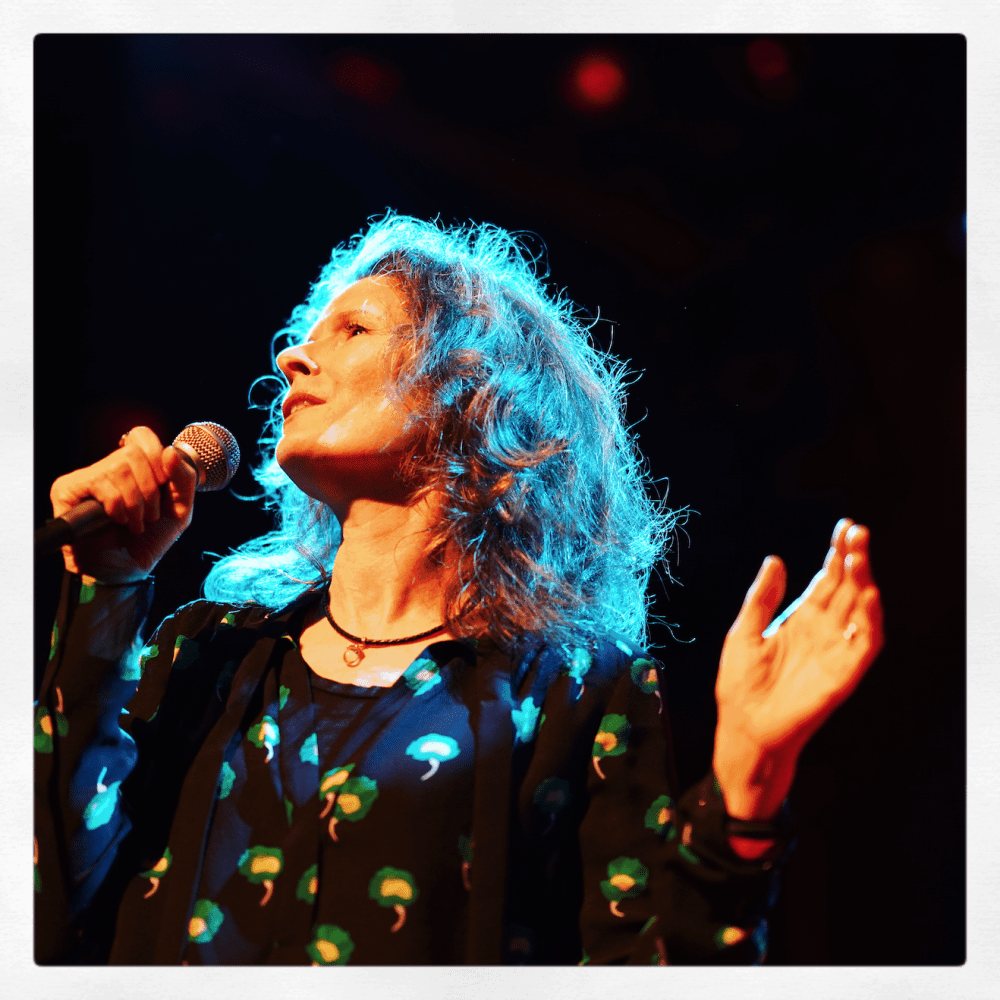 The following interview is from an interview with Edie Brickell. It has been edited for brevity and clarity:

Shooting a video in a roller rink with a dog

We wanted to make a fun-loving video, so we figured the roller rink was a good call. Skating makes us happy! I always wanted a skating-music barn. I’d love a big empty space to roll around in and listen and make all genres of music. Imagine listening to Debussy while rolling round and round alone would be so meditative and feel great. We rented a rink in Austin and shot the video a couple of hours before it opened for public skate. Brad’s dog, Riga, took her skates off after only a few spins around and opted to trot to the beat. She’s so vain, she kept calling for makeup to touch up her eyeliner! The band and I share a sense of humor we developed together since we were 18-years -old.  We laugh a lot. I love those guys.

We make up songs every time we are together. It’s very hard to rehearse because we want to tap into the mystery of the new songs that want to be expressed. When I decided to make a recording every day for a year (I went for two years) of a little song or musical impression, I realized that songs are like spirits in the air all around. They want to be expressed. So, with New Bohemians, we know there’s always a song waiting and we are excited to hear what it is. We love all genres and we like to play and change feelings and moods all the time and we laugh. Some of the best ideas come from playful moments. The song Colors was just a game. Kenny, our guitarist and my Newbos songwriting partner, started playing the opening chords and I had a vision of Freddy Mercury in a red velvet chair, so I tried to offer the image and then name a different color in as many lines of the song as I could. It turned into a song we love. Then the song Singing in the Shower was just a moment like so many, when I try to get a smile out of Kenny by singing something odd. He is very generous with his laughter and he giggles easily so I love to throw curves at him to hear him laugh. I love to change the enunciation of words to make them more fun to sing.

About the Cover Art

We chose the dog as our cover art because of the loyalty and love in our band. Music gives us a sense of cosmic connection to ourselves and others, so the dog has the universe inside of him. We hope he will come to symbolize our band as an enduring logo not exclusive to this album.

On the evolution of their music

It’s always changing just like our moods. We hunger for new sounds and a sense of authenticity.

On Edie’s growth as an artist since recording Shooting Rubberbands at the Stars?

I wouldn’t write many of the lyrics I wrote when I was 18 and I wouldn’t sing the same way. I could hear how guarded I was, trying to hide where I was from and how I felt. 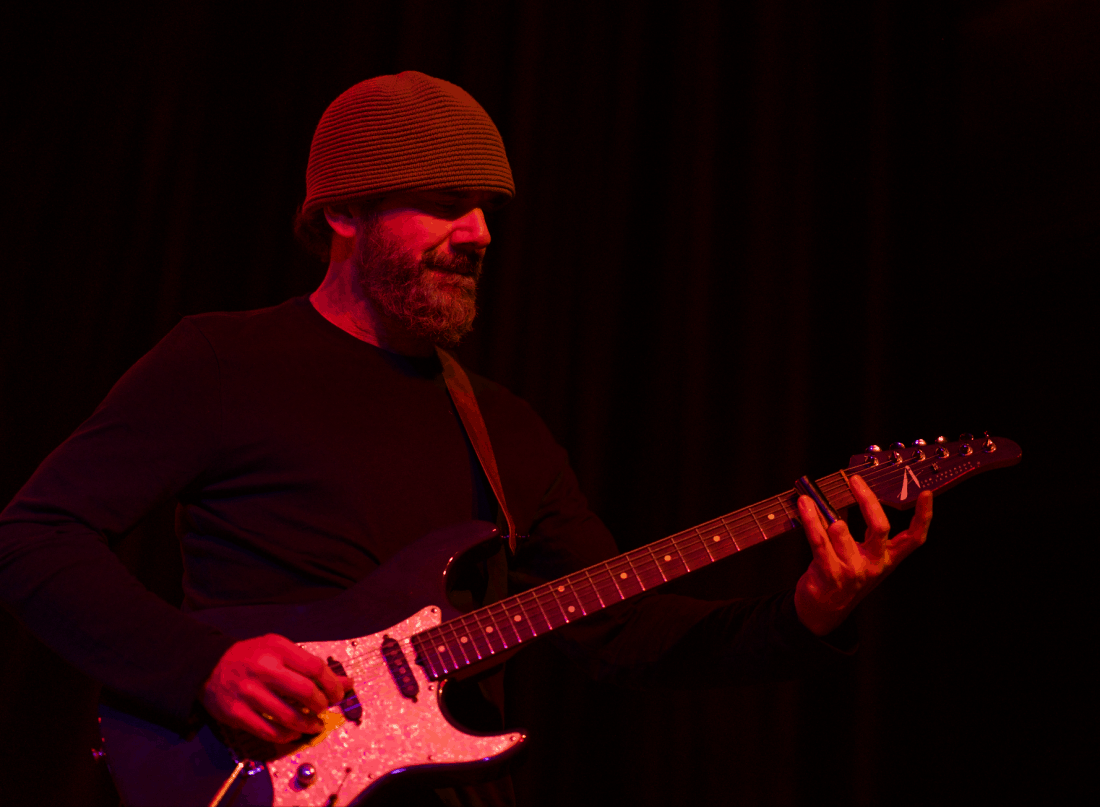 Everything happens for a reason. Regrets are a kind of self-torture I will not embrace.

Would I do over? I just make something new!

On becoming a musician and what parents should remember

I always loved music, singing and songwriting so it was my dream to be in a band. My parents said, “you are only young once and you should try for your dreams.”

What Edie’s into right now

I love Tolstoy I love Florian Henckel von Donnersmarck and his movie, The Lives of Others, that’s his first film and it’s incredible! He wanted to be an author and studied Russian literature in Russia before using his academic background and telling his stories through movies.

On the question that no one bothers to ask

A question that would allow me to offer how serious I am about creativity and the idea of making something every day. I think expressing creativity is connecting to the current of a beautiful mystery and plugging in to a life force that fights the good fight.