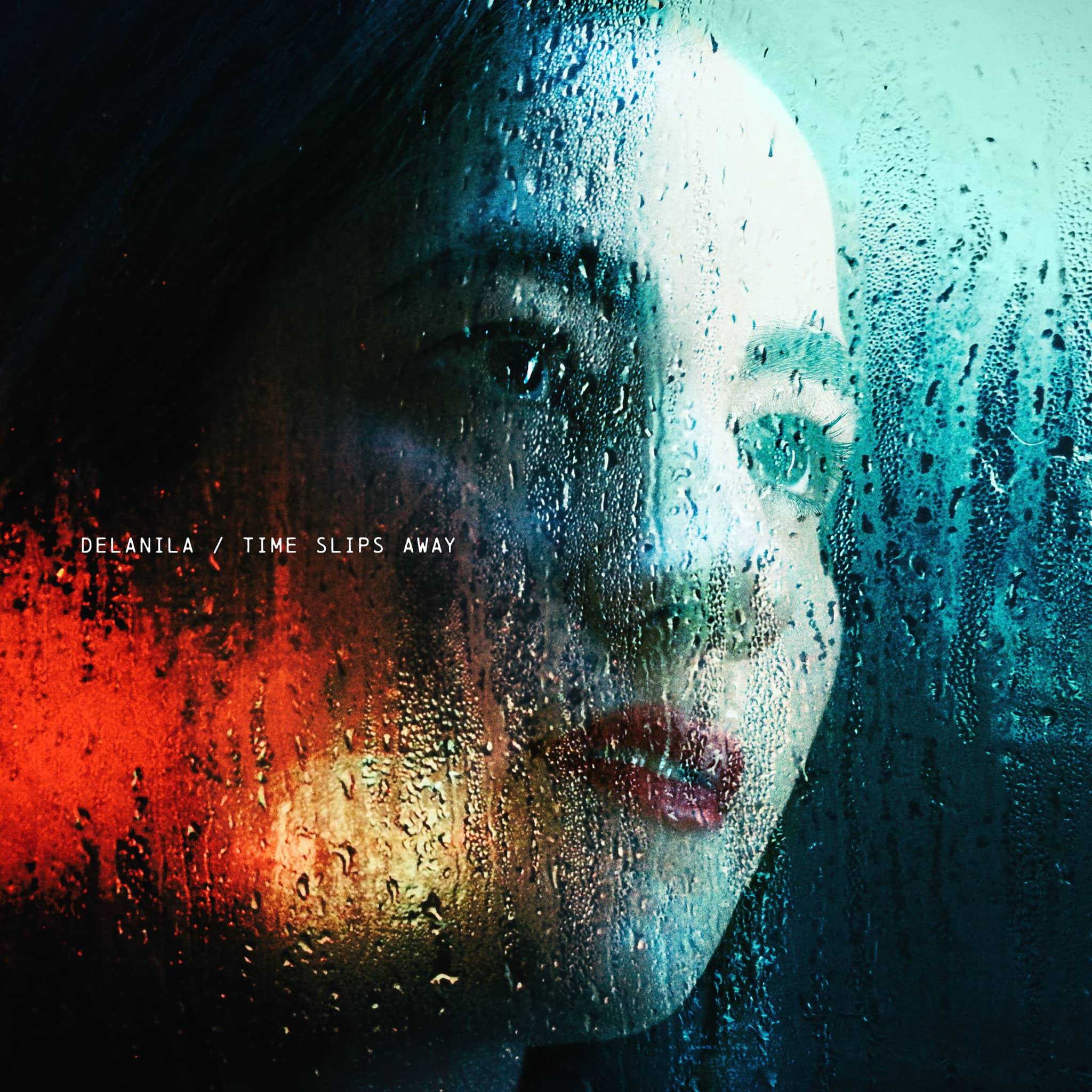 I cannot withstand this creeping feeling of exasperation When will this insane ride end? Cause I get bored

Hard to believe that DELANILA (Danielle Eva Schwob) ever gets bored. Her latest album, Overloaded, is set to drop this Fall and is a multi-instrumental delicious mix of genre wrinkling, time signature bending, origami-like music that sounds layered and deceptively simple—like an expertly folded piece of paper albeit one that is not at all smooth. This music isn’t shiny. It has texture and irregularities, patterns form in unusual places. Song order and interludes gift the listener a chance to absorb one song fully before moving onto the next.

There are certain things that one can comfortably ascribe to DELANILA—singer, composer, lyricist, experimental artist, guitarist, performer. Musically, she doesn’t seem constrained by the confines of algorithms that suggest if we like X, we should listen to Y. Will streaming services (and the few remaining music stores) classify Overloaded under Indie-rock, contemporary,  or multi-instrumental grunge done right? There’s the promise of discovery in her music that skitters parallel yet counter to the throughline of time lost to screens that run through the album.

Several contemporary composers have tried it but in my opinion, few have pulled it off where they can rock a legit guitar riff following a classically flavored interlude.  Her instrumentation changes as the songs require. There are hints of Stravinsky-like dissonance in her compositions that make perfect sense following an almost 1960s sounding beachy guitar sound in The Philosopher.

Oh, and her voice—It is rich and round with the full control of a classical concert performer with all grit and depth of a soulful blues singer and the confidence of a rock musician that belies her age. DELANILA  never swallows her words because well, she is singing her lyrics about important ideas that we need to hear. Her lyrics are a mirror of what she was experiencing at the time she was writing the songs for the album, which is the propensity for people to get sucked into the rabbit hole of the internet. We feel so connected that we forget that we are not attached to anything besides ones and zeros. Her single, Time Slips Away seductively challenges the listener to question how we’re really spending our time with screens. 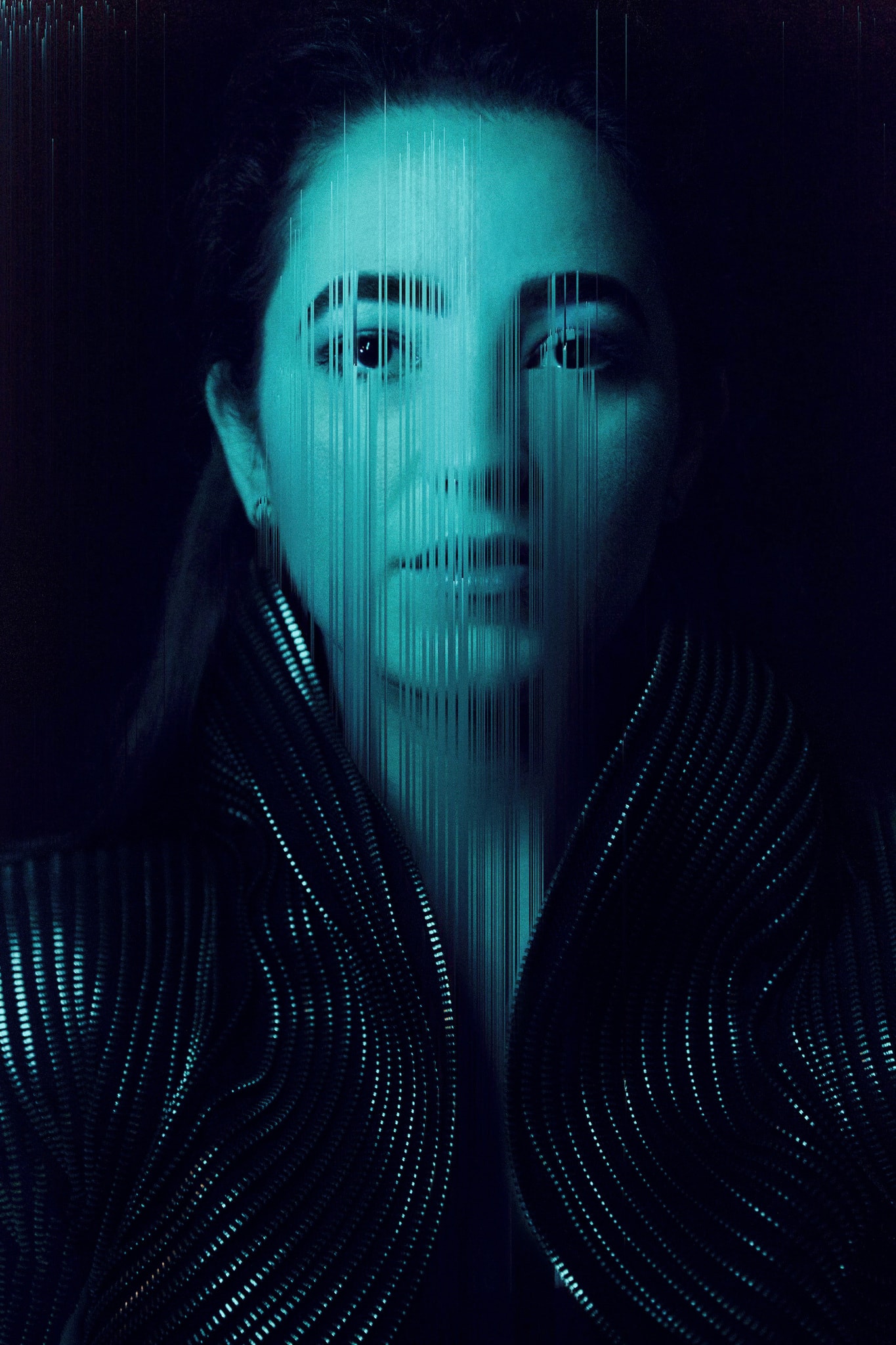 So much of the time, I talk to artists on the phone because we are in two different cities. Sometimes it’s because we’re both busy and can’t make our schedules line up. When I got on the phone with DELANILA who I knew splits her time between NYC and LA  I wasn’t sure where she was. We laughed at the idea of doing the interview on the phone when we could just connect a few hours later for a drink here in New York and of course, chips and guac. So here’s the thing, Delanila is not what I expected, which I suppose is on me. Her lyrics are kinda dark but she is an artist and it is her job to create art and she reflects what she sees both in herself and the world around her at the moment she is writing. She is neither dark nor girl-next-door perky. DELANILA is the person you want to get a drink with, have over to dinner, and listen to talk about music and the importance of sound in our world (in another life she may have pursued sound design) but be prepared to laugh, she’s wicked funny. She’s about the details. I think that’s what makes a great artist but really, I wanted her thoughts.

On the subjectivity of art

It’s a funny thing, isn’t it? Obviously, art is subjective and everything, but there are certain people we can all agree on as being good. And maybe other people tick some boxes for some people but not everyone. And there have to be ways to quantify this somehow.

I heard it once said, that someone, I can’t remember who said this but someone very smart, something like about in order for art to be good, it has to be original and technically skilled and elicit some time of emotional reaction from the person who’s viewing it or listening to it or something like that. And I feel like that’s the closest I’ve heard anyone come to putting these things in a box that you can apply to different pieces of art.

It becomes like this conversation about authenticity and writing from your soul and all these things that are cheesy when you put it into words. It’s like human beings speaking about things that they really care about in a very singular way and somehow managing to make it specific and universal at the same time.

On her experience at the alternative universe of Skywalker Ranch

There are many things that would be interesting to pursue in another life. And sound design is one of them. I think, just what those people do, is absolutely magical. When we were at the labs a few years back we were at the Skywalker Ranch which is this huge facility. It was so funny— like the first few days, we walked in, we walked down the halls and explosions were coming out of one room, and weird bird sounds and then some very strange cyborg things. It feels like being in a weird zoo or a space ship or something. It’s funny, the first couple of days we were there, what the hell is going on? And then you get used to it as time goes on and you’re walking down the halls and your neighbor has gunshots and the other is a dinosaur or something super weird, so that was one thing that was just surreal and crazy.

They put us into teams, and we were working with some of the sound designers who were there. And just watching how these people construct the sound, it’s just so amazing. It’s such an obvious thing to say but you see these films before the sound design and after and they’re really poets in their own way. They help the story along in such subtle ways.

I was listening to Dennis Leonard, I think there was something, I can’t remember what it was, I think it was bird song or something like that, and he was trying to pick bird sounds. And he was like this one sounds sort of anxious, and this one sounds, this one sounds very chirpy and light. What are we trying to say with the scene and how can these very very small decisions that sound, that would seem so inconsequential to someone who’s not really trained in it and not really listening for it. And they just affect people subliminally

We watched some of the dailies from the original Star Wars movies without color correction or sound, or music or anything like that. It looks like kids running around in Halloween costumes.

I think what I am finally able to put into words is without sound, I am unable to see. Music like DELANILA’S paints a mural of our present culture. You may hear or see what you want to, I know I do.