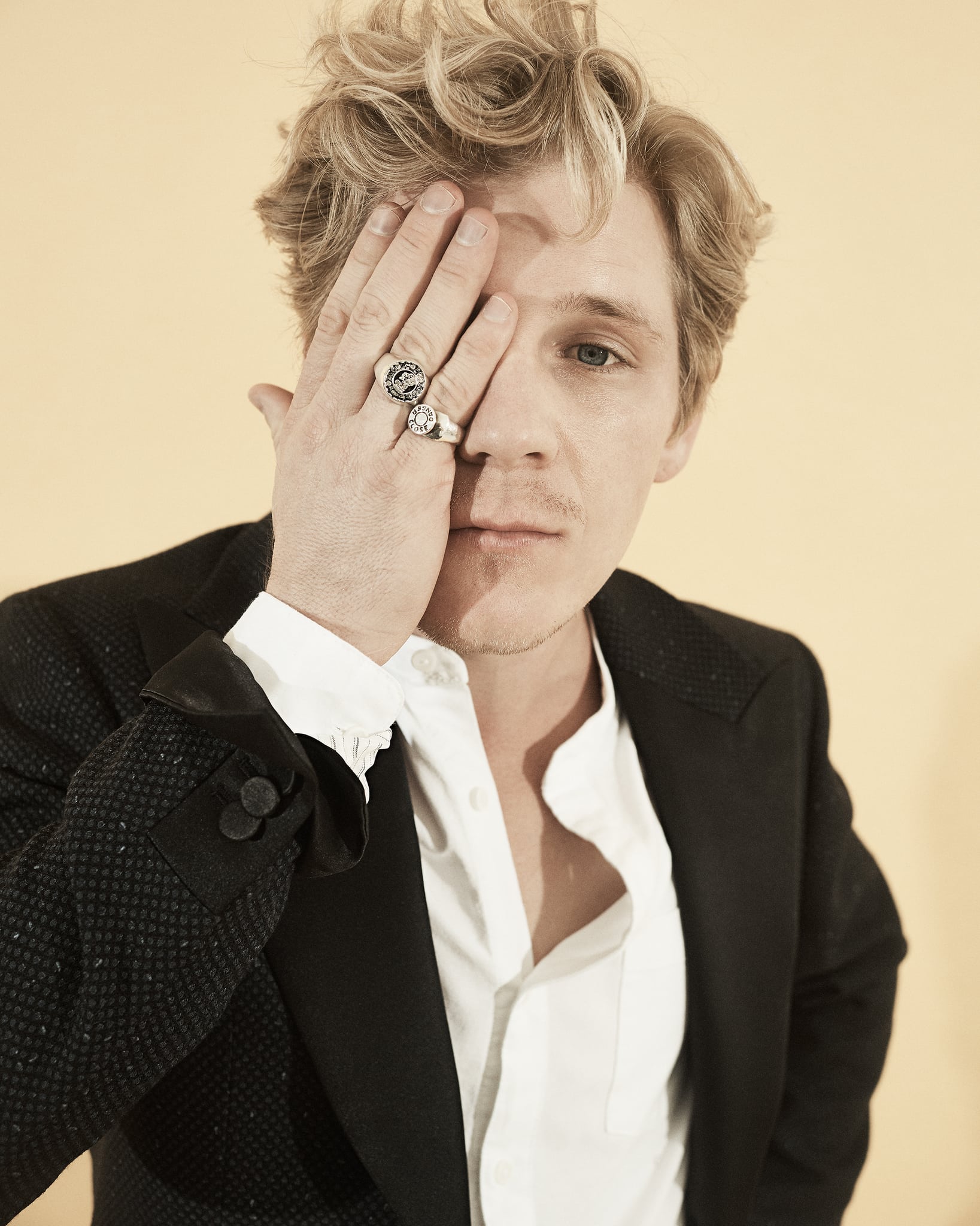 Daniel Webber sports one of those faces that must be handy to an actor. From Lee Harvey Oswald to his latest role as Vince Neil in the film The Dirt, the Australian actor is convincing as the Gen-X, headbanging, coke snorting, hard rocking, hotel-destroying lead singer of Mötley Crüe. Based on the band’s autobiography, the film follows their rise to fame and what money can and can’t do for people. The Netflix film humanizes larger than life tabloid-cover-boy rock stars with humor and, even if you didn’t like hard rock music the first time it came around (or weren’t born yet), chances are you’ll dig The Dirt Soundtrack.

The 1980s: The worst f*cking decade in human history. Preppies, keyboards, stupid haircuts, Jazzercise — it all f*cking sucked. So, what do you do when you’re born in the wrong time? You make it yours.

I spoke with Daniel Webber about what it was like to play an American icon, and the cognitive shift between portraying an introverted character like Lee Harvey Oswald and the attention junkie Vince Neil. Webber spoke from his apartment veranda on a sunny Australian day. 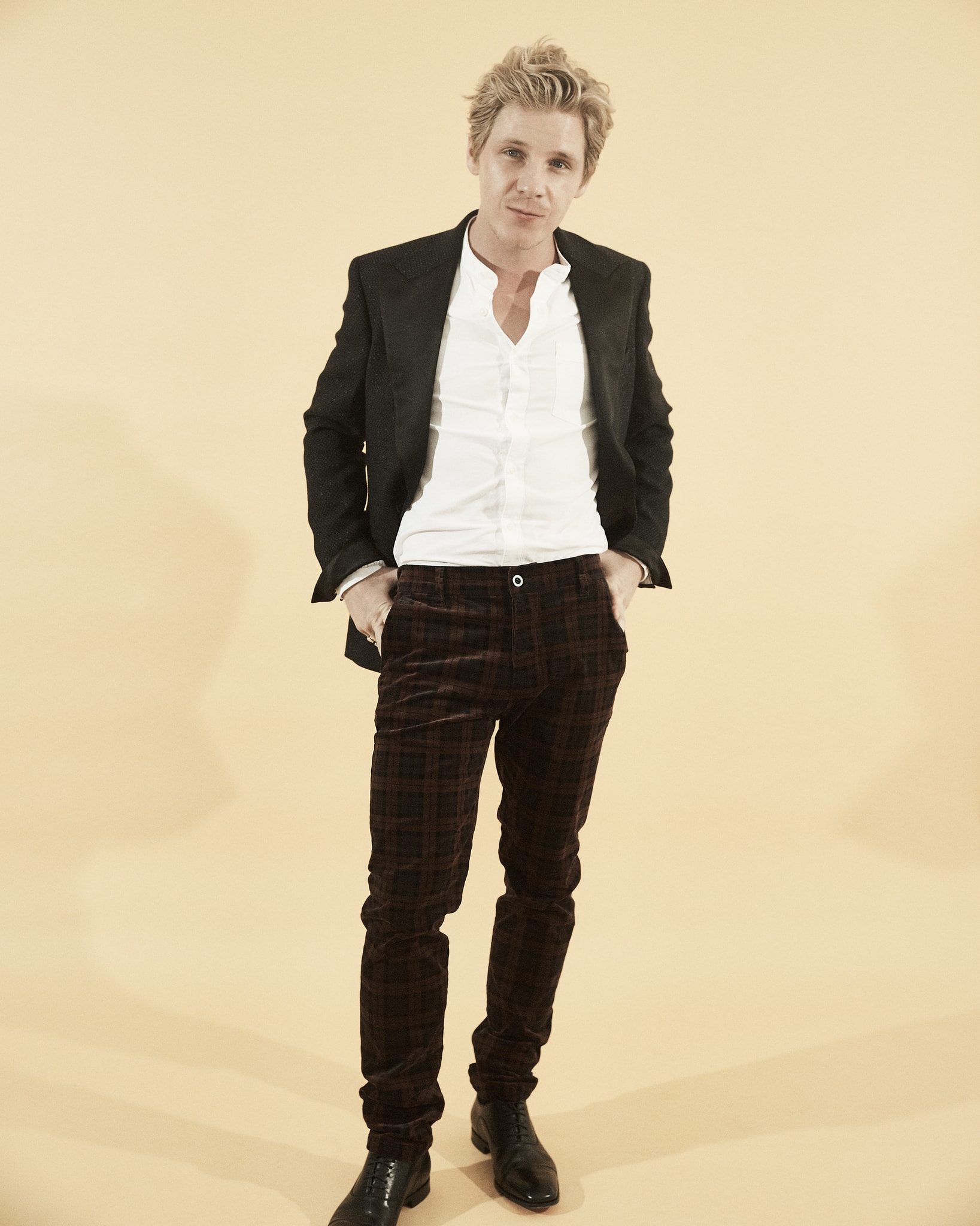 From introvert to extrovert

Playing Vince was probably the first role that I’ve had that I’ve been as excited about playing as I was Lee Harvey Oswald. These sort of roles really don’t come around that often and it’s a chance to dive in and disappear into another character and they’re both so different to who I am as people. So it’s always very exciting for me to just really jump off the deep end and find that in yourself and create a character and come to terms with who they are and their story and what they did. This is by far the most exciting role I’ve had in quite a few years.

On who sings what

There’s Vince Neil’s voice. Then we have an amazing cover singer who’s singing as well and then there’s my performance.

My grandparents were both singers, but personally, I had not sung in any real meaningful way. Not in front of crowds, just myself. They put us straight into singing lessons with some great coaches and I had about two months before we went down to New Orleans and did a month of rehearsals as a band, and learned all their songs and got to know each other. But I had two months before we went and where I was singing every single day and getting to know what it is to be a lead singer, to be the front man of a band, who’s singing every single day and what that requires of a person. So it was two months of really trying to get to the range that Vince has and getting to know that process of being a singer. 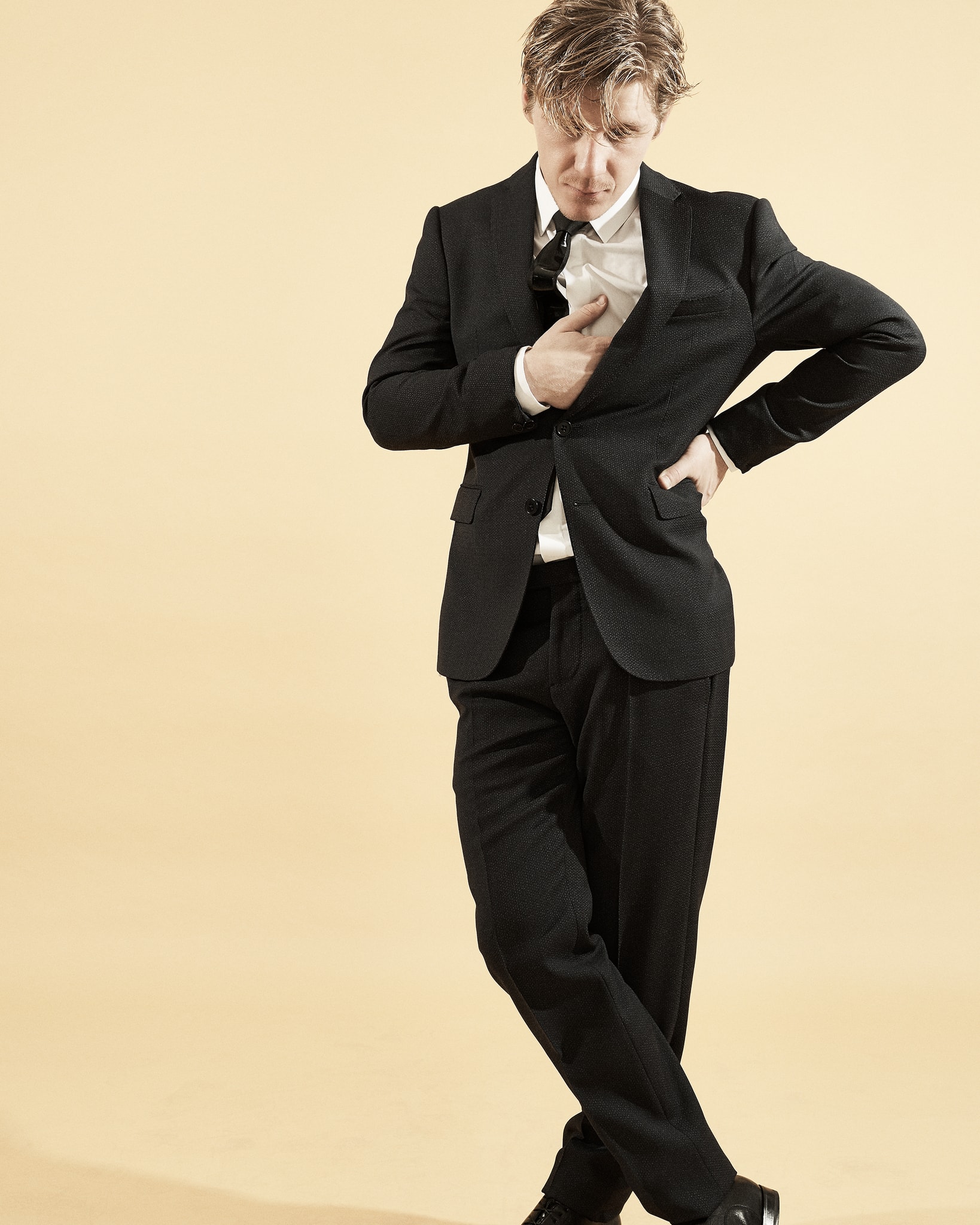 To play the frontman of a heavy metal band

You know what? I found it extraordinarily challenging. It’s like prepping as an athlete, you have to watch how you speak, what you drink. There’re so many specific things that affect your voice and it was a huge lesson in how fragile that voice actually is. I wouldn’t be able to talk sometimes after singing, because he yells while he’s singing occasionally so it’s a really tricky balancing act with Vince because he’s got this high range, this tenor range, but then he’s also yelling onstage. But I’d say it was like training to be an athlete, being very very dedicated—specific hours every day, trying to drink as much water as possible, trying to drink certain teas, soothing my throat. I think everybody was probably sick of me on set just asking for throat lozenges and throat coating teas.

Any concerns about another rock band biopic after Bohemian Rhapsody?

For me, there are so many great rock films, rock plays out there, rock performances, that those were the ones that I was measuring up to when looking at Vince. Have you seen The Rose? There are some absolutely stunning performances. The Rose and The Doors were two of the main draws for me.  I think Bette Midler was nominated for an Oscar for it, just a very good performance for me so there’s been a history of brilliant rock films throughout history. 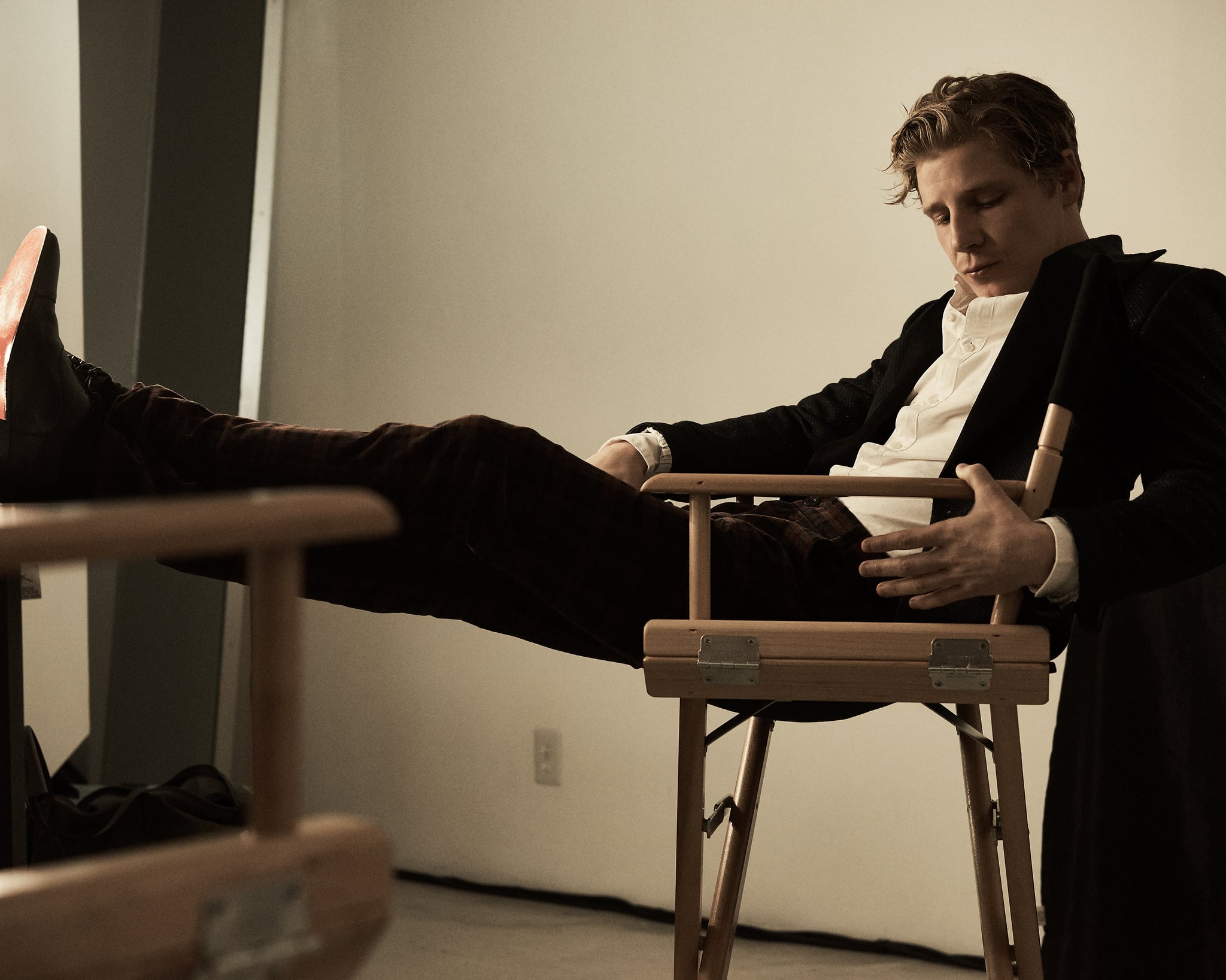 On Living the Life

It’s hard to describe because every single day you’ll be exhausted and you’ll come to set and they’ll be a new extraordinary thing happening; there’s so much wealth and money in these guys lives. I’ve had to burn down the freeway in this beautiful 1984 Corvette doing handbrake turns and burnouts to rehearse for a particular scene we are going to shoot; you kept having these absolutely bizarre but brilliant, fun experiences continually throughout the whole shoot.

Transforming from a Millennial to a pre-digital world

I wouldn’t say its old-fashioned, it is just a different world, the Mötley Crüe film was a bright, colorful and vivid world, we were wearing such extravagant costuming, we were wearing high heels, we had eyeliner on and bleached blonde hair, there was so much of a particular look with that film because it’s a rock film, that’s very unique. Other films, they’re all different costumes, costumes and the setting and everything just help you get into the story as an actor, never more so than because when you put that costume on it’s so outlandish, it’s so bold and it’s so wild that you sort of have to meet the clothes that you’re wearing in some way if that makes sense? You have to have the confidence and attitude to pull them off, which these guys they had so much swagger – I think it’s the same thing, every location or costume or whatever part in that period accentuates that and helps you tell the story and get into the story in a different way.

Wearing heels for the first time

Yeah, we had four-inch heels and we were running off stage in these things, I take my hat off to anybody who lives in heels out there. Vince actually didn’t wear heels for a lot of the performances. He got rid of them fairly early on historically, so I was quite lucky. I had to listen to the other guys who wore these big stiletto heels. 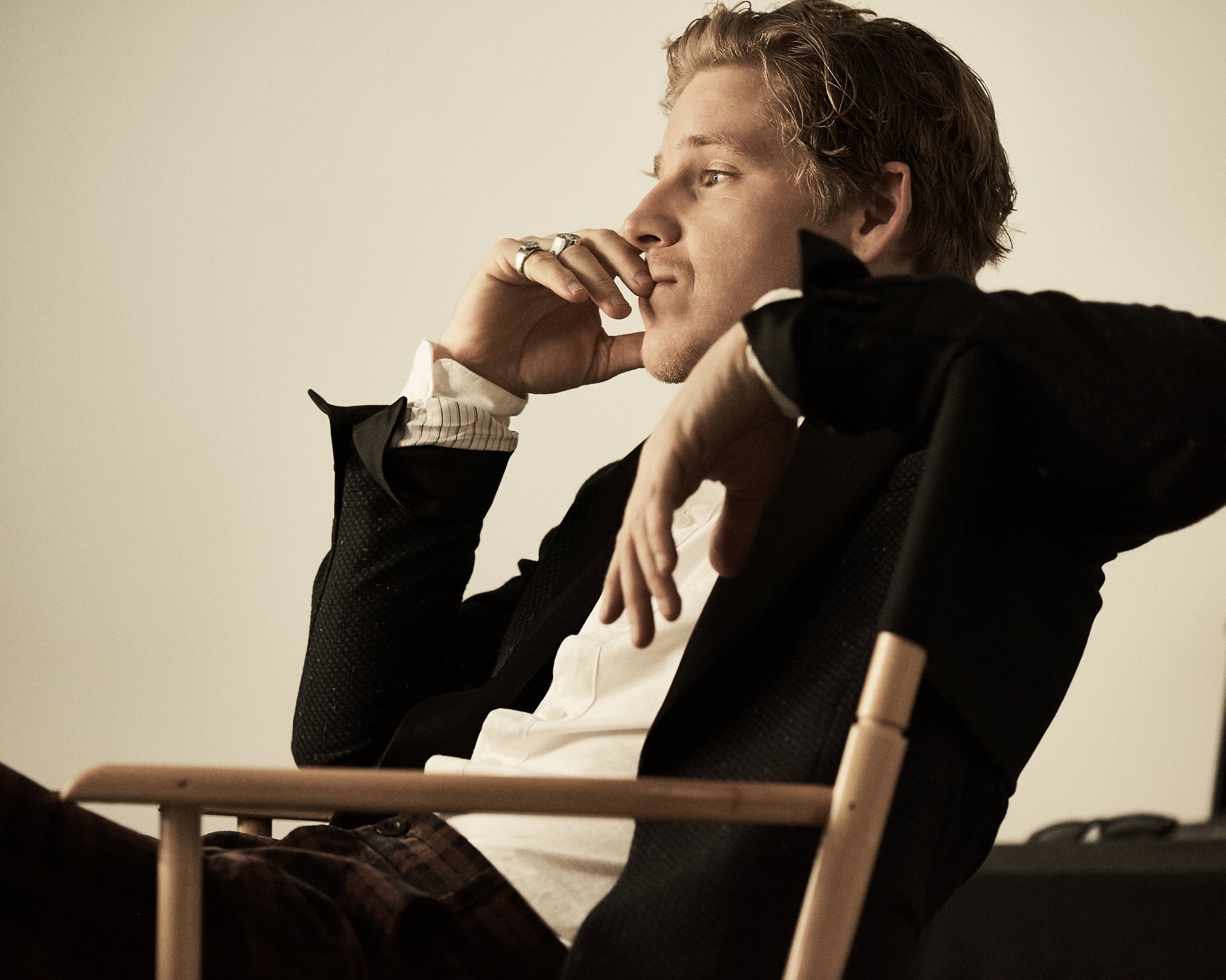 On Vince Neil’s Reaction to The Dirt

He has seen the film; all of the guys were involved in this story in the producing side. They’ve all seen it. I’ve spoken to Vince since he saw it and he was very, very complimentary to me which was wonderful. For the film, it was a challenge to tell that story, it’s a sad story in many respects their excess which I think caused a lot of pain for themselves and obviously pain for others. It was tricky to tell that story, to do it justice, to be truthful about it but that was the aim – we all went into this going to capture the essence of who these guys were, you don’t want to white-wash and not tell of the darker elements, we want to explore these essentially very flawed human beings in this story and talk about their impact and that period of the eighties and what that represents for them.

Based on the book by