The Art of Natascha Young 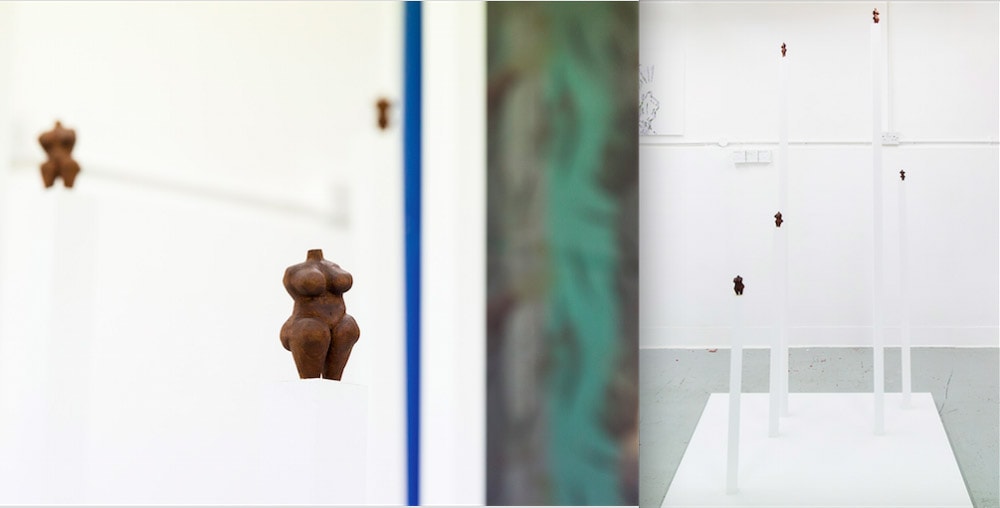 After I land in Heathrow, Natascha Young answers the door on her narrow London street at midnight. The bricks are lined on each townhouse, all of them identical in the light of the streetlamps, aside from each one’s outdoor furnishings be it plants or wind chimes.

“Babs, it’s so good to see you,” she says and gives me a hug as if we had been through a war together. In some ways we have. “Come on up.”

Her apartment is neat, meticulously ordered. There’s no mess in the kitchen, save one Frenchpress with morning grounds that still hasn’t been taken off the table. Little touches like a stone or art print are found throughout. In Natascha’s room I find tons of mini venus sculptures she’s been carving scattered on a table next to an unwrapped Milka bar. A candle burns that smells of cedarwood. She opens up a Heineken and just keeps smiling saying, “It’s so good to see you.” I can tell she was sleeping when I rang the bell.

Natascha and I have known each other for ten years. When I was in my late teens I moved to Wolverhampton in the UK to work at Urban Outfitters (long story) and also live with my then boyfriend. He was friends with Natascha, who wore her hair to one side, fake leather jackets, skinny jeans with holes forming and Converses. Each year when I go to visit her in London people ask how we met. I smile because I’m proud, but she smiles out of a sadistic mix of humor and shame. “Wolverhampton,” she says looking down and shaking her head while chuckling. Almost undoubtedly her friends say with shock, “I never knew you lived in Wolverhampton!”

This is just one example of how Natascha remains a mystery to all that know her. Her phone always has a cracked screen that’s constantly in need of topping up. She promises to show up to parties only to begin drinking early, cracking jokes with her friends in a flat and saying, “I can’t be asked to go. It will be shite anyway.” Sometimes she goes days, weeks, months without really socializing. Instead, she stays inside perfecting her craft with talk-radio on and her home-cooking as her companions.

This is what makes her a great artist.

#venusaday sculptures by Natascha Young, courtesy of her website

Currently, Natascha is invested in a project titled #venusaday where she is carving and recarving venuses. It’s derived from the statue of Venus of Hohle Fels, discovered in Germany, which is the oldest depiction of a human being that we know of. Natascha’s project rejects the current trend in art that is leaning towards technology by recarving her own version of this statue 365 days a year, taking her hand as an artist to make subtle differences depending on the day. It re-examines the change in physical standards we set for women in different times, and also what she as an individual will inherently inject into her work. We talked about the the project one day on the train, as I was working on repainting every card in the Rider-Waite Deck to the best of my artistic ability, but finding my personal touch was inevitably slightly changing the course of history passed down from person to person like telephone.

I tell her about my project and she says, “It’s so refreshing to have something you’re doing that you know will stand the test of time.”

Well, you can get away with being silly because you’re American. Sometimes I just exist and don’t know how I seem to other people.

I want to hug her. But five minutes later I want to slap her instead, as she tells me that, despite the fact that I came all the way to London to visit her, she would be leaving that weekend to go to the suburbs for her girlfriend’s brother’s birthday party.

This is what you get with her as an artist and friend: on again, off again, but someone who you must love and desire to access. You will completely understand her work one minute and then be utterly rejected the next.

Later we arrive at her friend’s gallery where I’ll be doing a reading. Incredible sculptures create a village of color, wood and metal in their downstairs room. Paintings full of life and bright movement by the gallerist line the main gallery’s wall. The gallerist tells us how the ambassador of Colombia is set to visit the gallery. Natascha makes jokes about being poor and going to Primark to get a sweater appropriate for her weekend in the suburbs.

After we leave she asks, “Am I okay?”

“Of course you are,” I say perplexed. I think she’s the most wonderful person I’ve ever met. Then I add, “I feel like I’m never okay.”

“Well, you can get away with being silly because you’re American. Sometimes I just exist and don’t know how I seem to other people.”

I think about her art, which, aside from the #venusaday project has been largely abstract. At one point she inflated a red balloon into a metal pyramid. Another installation she arranged different colored projections on PCV tubes at various angles. 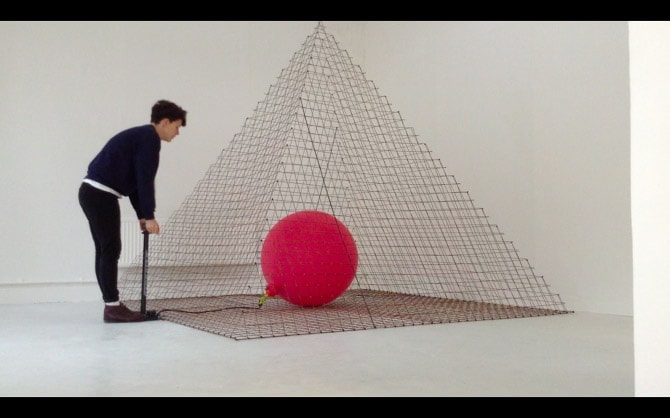 Natascha Young installing a sculpture, courtesy of her website

Her art is just like her: neurotic, methodical and accessible only to those who reach for an opening in something that holds protective shell around sacred experiences.

Two weeks later it’s my last morning in London. Natascha insists on cooking me breakfast. As I say, “It’s time for me to go,” she says, “Oh, I don’t want you. It makes me sad.” I finger the mini-venus in my pocket she carved and picked out for me to keep. In that moment I realize that once you understand her art, it’s forever loyal.