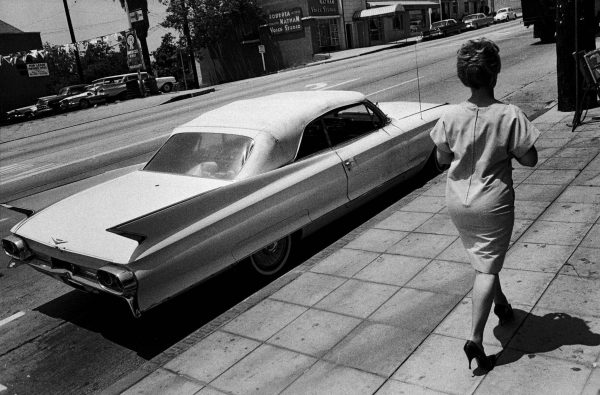 When he was sent on assignment by Esquire magazine in 1964 to photograph Los Angeles, the legendary Magnum photographer Bruce Davidson didn’t know what to expect. Stepping off the plane at LAX and heading directly to the Sunset Strip, he recalls the impression of “People looking like mannequins” who “seemed at peace, while others were euphoric as they watered the desert.”

In the days that followed, Davidson would go on to produce a series of photographs that uniquely captured the frenzied, vibrant, and often otherworldly landscape of the city and its citizens. From the salty surfers of Malibu beach to the muscled men flexing along Venice boardwalk, Davidson’s eye for locating the sublime amidst the quotidian invests his photographs with a sensibility that falls somewhere between the ethnographic and the voyeuristic. But perhaps, what is just as telling in Davidson’s images is what’s not readily apparent. Taken a year before the infamous Watts riots, Davidson photographs portray a Los Angeles unaware of the seething racial tensions boiling just under its shiny, well-polished veneer. 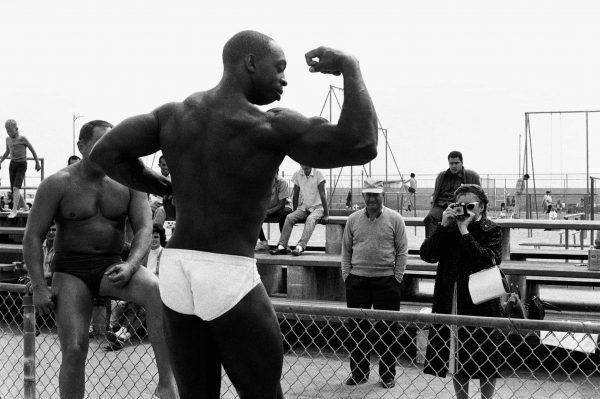 After Esquire’s editorial board decided not to publish the images, Davidson filed the negatives away, where they remained unseen for over half a century. Now for the first time, Davidson’s striking photographs from that trip are brought together in a single publication to be released by renowned imprint, Steidl. A collective snapshot from a time when the city’s allure held sway over a nation’s imagination, Davidson’s Los Angeles is a feature not to miss.