Alone in the land of smiles

In Bangkok, 8.5 million people live shoulder-high above sea level in a culture so intoxicating you can wake up with a hangover having not a drop to drink. In Bangkok everyone wants to sell you something you probably want: A three-pound bronze Ganesh, perhaps;  a guided tour of a whitewashed wat with a gilded Buddha; or a tuk tuk ride to the Disneyfied go-go bars of Patpong. Or to Soi Cowboy, a red light district catering to lonely casualties of the West.

Want a  massage? No problem. But for the sake of propriety, let’s stick to the righteous kind, a wat pho. A traditional Thai massage that incorporates herbal medicine, diet and meditation, its benefits are viewed as one of the four components of good health. Practitioners of the wat pho use elbows, hands and knees to clear the blockages that screw with your body’s wiring. When it gets too rough, just say “bow bow.” Or, scream.

City streets waft of fish, diesel smoke, cologne, galangal, dragon’s blood, flowers and dog shit. All souped in with humidity from the Gulf of Thailand that welcomes you like a hug. Bottle that and you’d be rich in Zurich or New York or Tokyo. Wherever you go, what you encounter will be unfamiliar in its presentation, especially the sounds. The canopy of Bangkok vibrates with taxi horns and disco thumps  metallic clangs and hums that envelope one another, increasing in tempo and volume until, some time around two a.m., it all bursts when the city swallows one fat tranquilizer.

Wake up one morning at sunrise, walk the narrow alley by your bungalow and it’ll just be you and a cat with bad skin, then five uniformed school girls balanced on a scooter will buzz by. Next, the shops roll up their steel garage doors and boys pull carts of fruit and fish and ice to the markets. Then, suddenly, there are so many cars you could skip across them like lotus leaves on a pond without ever touching the water.

Before you know it, it’s your last evening,and you decide to risk it—you are in Bangkok, after all. You find the man with the slick hair and the acne scars, the chain smoker who gives you a come-hither stare.

“Do you want my girls to nibble on you?” he asks. “They are the best in Bangkok! Only two-hundred baht for 15 minutes!”

You hesitate—Lonely Planet would advise against this. Then you think screw it, THIS is what’s been on my mind since I landed, THIS is illegal in some states states back home.

You approach and hand him about six dollars. A woman pushes you onto a wooden bench. It’s wet. She eases you out of your shoes. You dip your feet into an aquarium roiling with “Doctor Fish.” These guppy-sized toothless carp swarm and nip away the dead skin. It’s the best pedicure you’ve ever had. 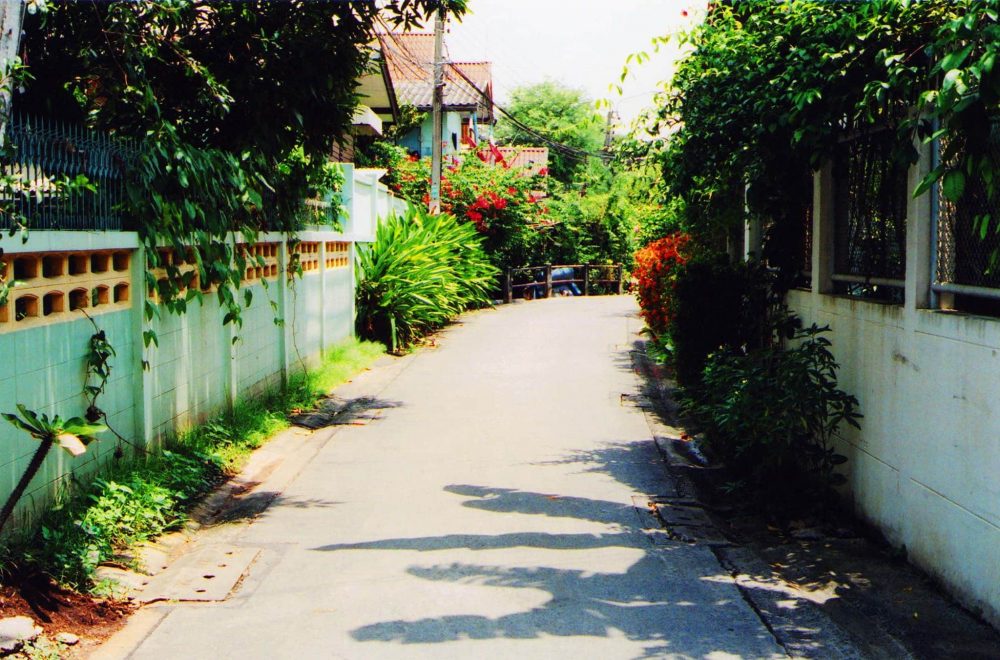 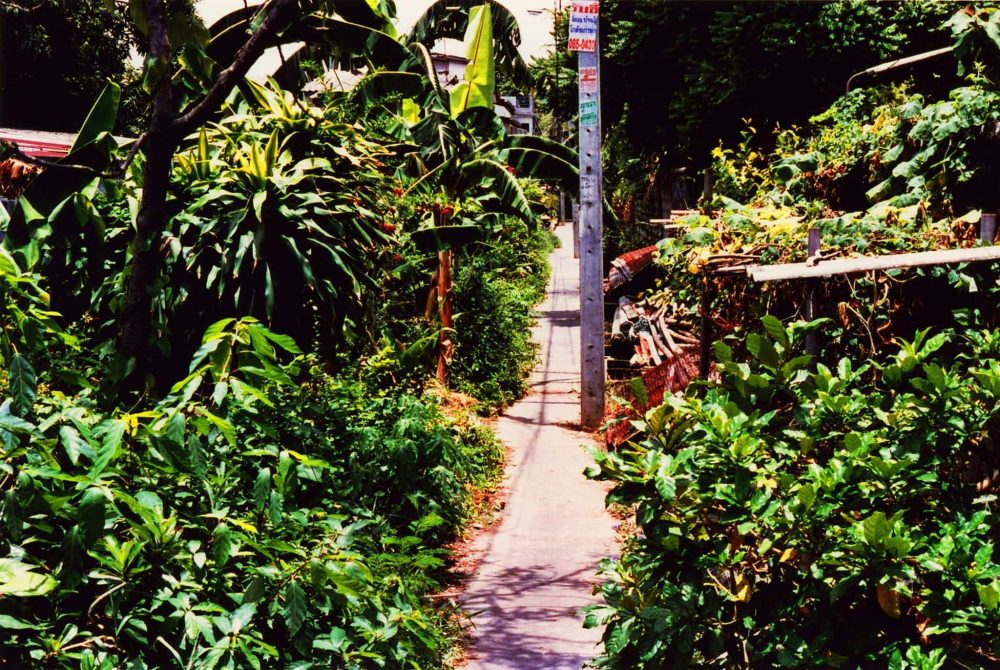 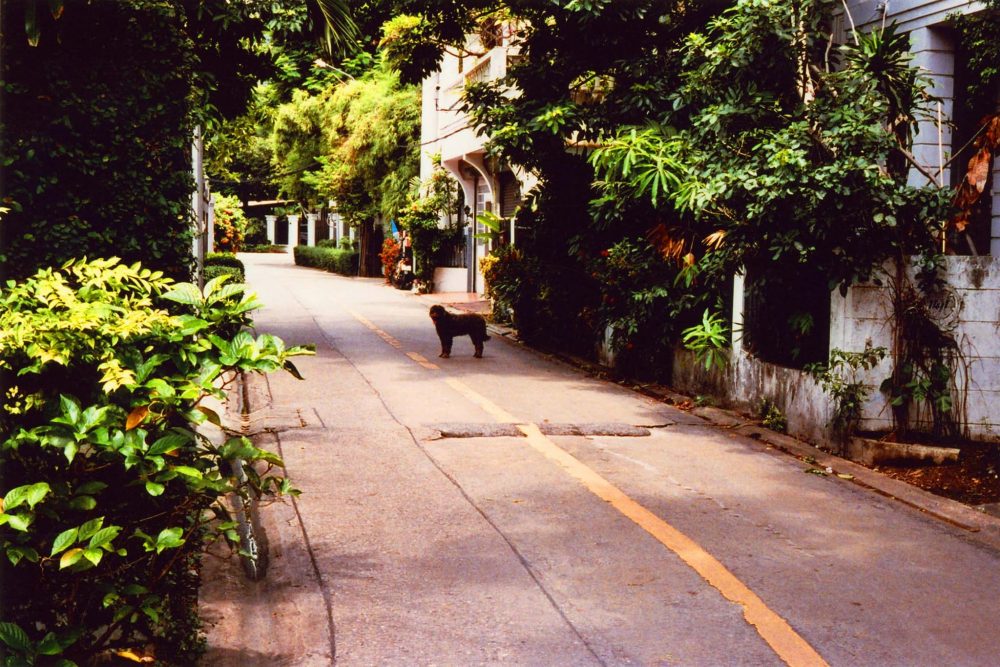 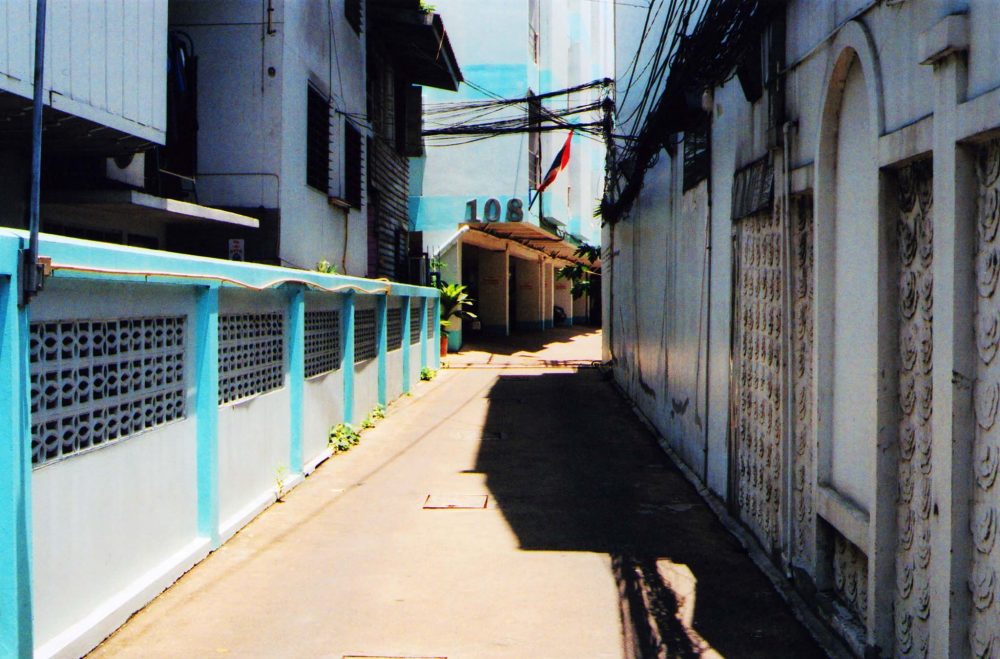 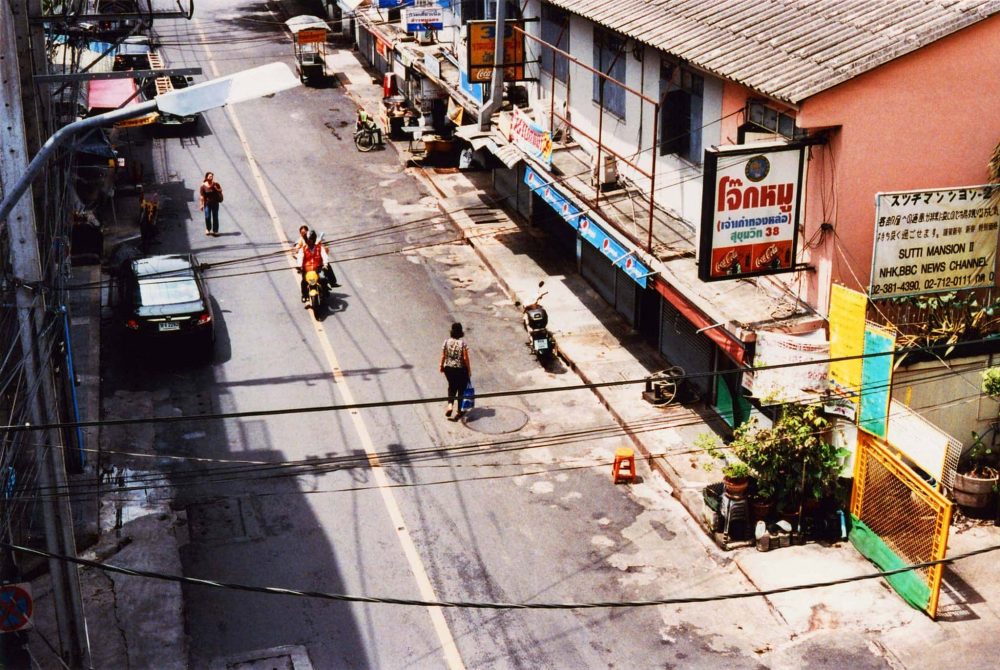 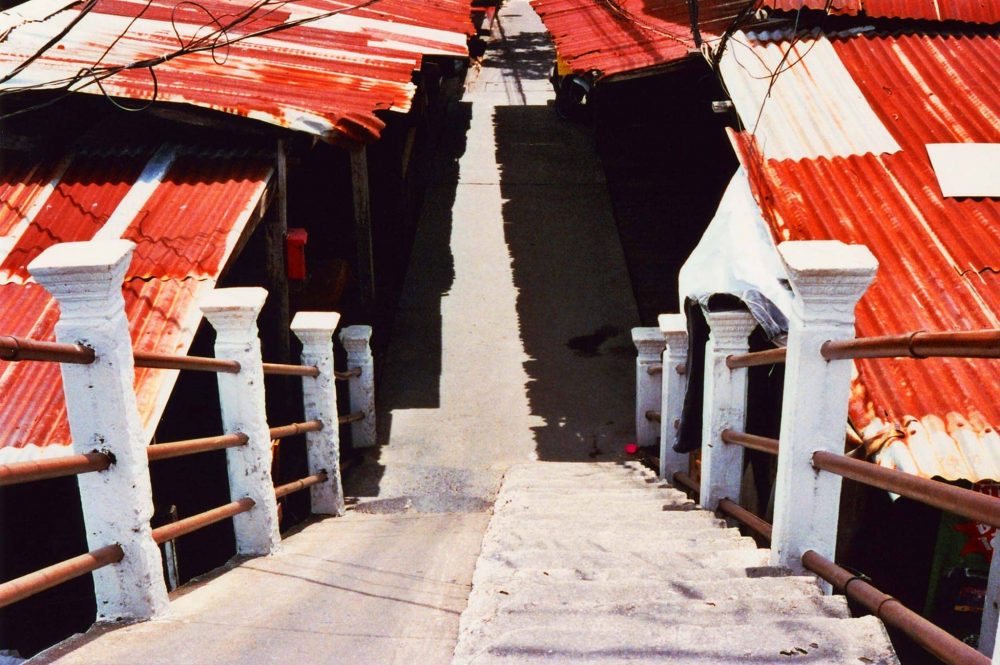 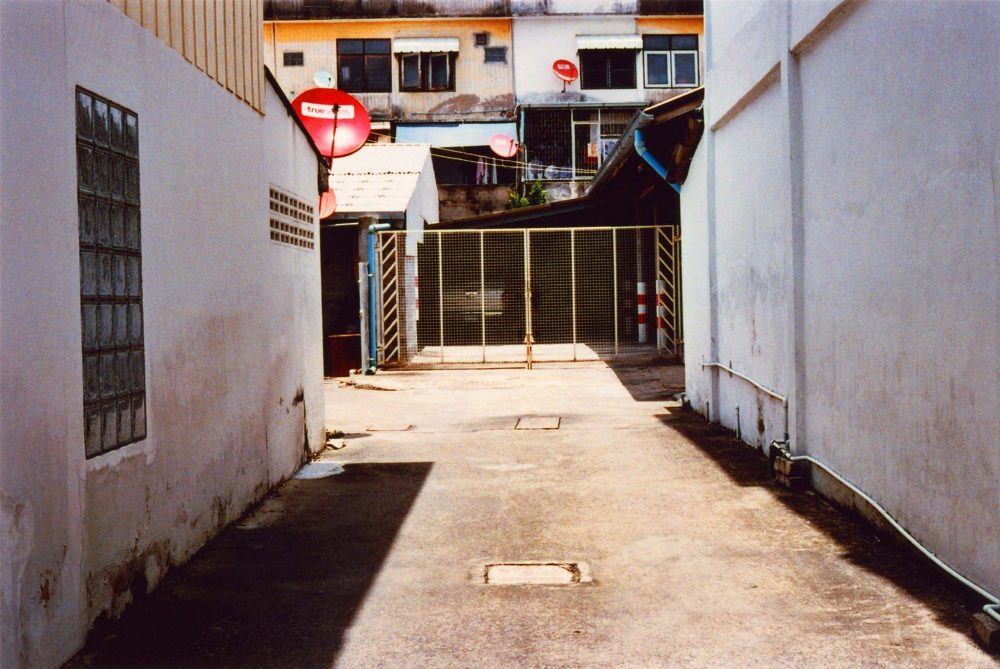 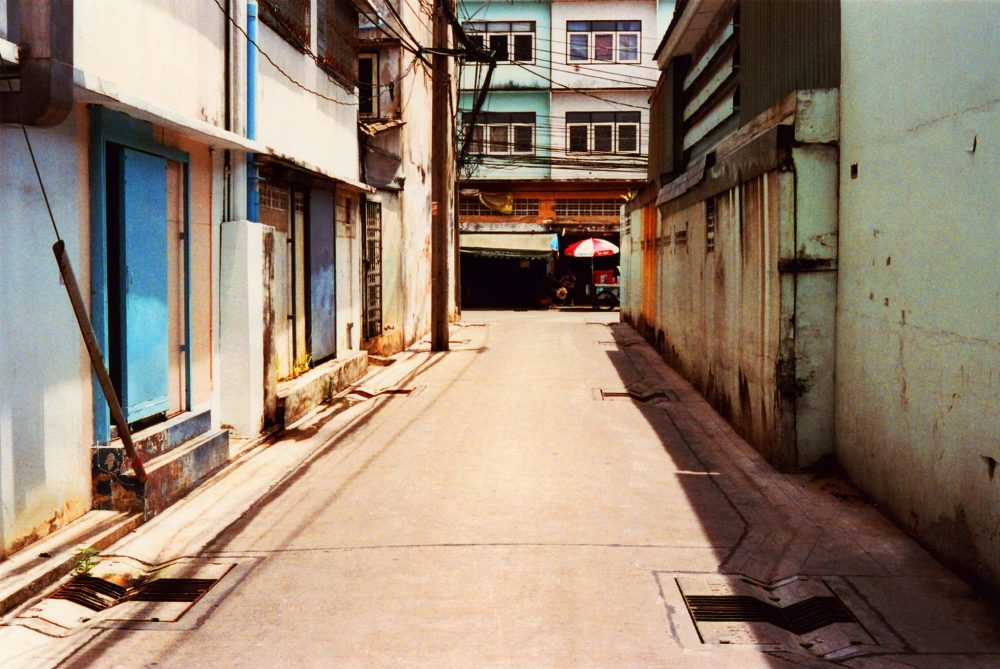 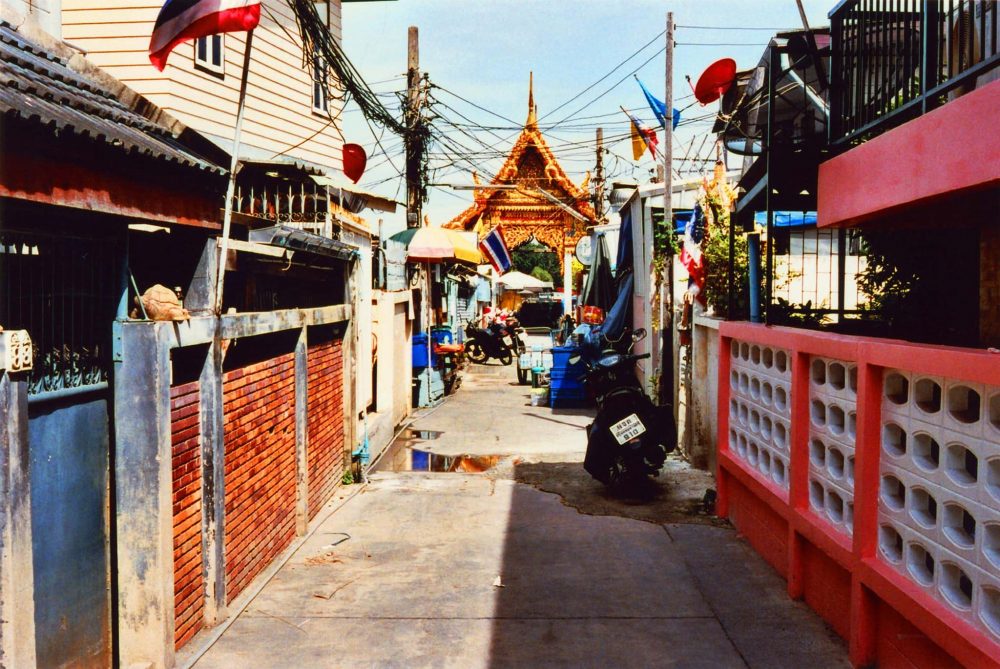