We’re Sorry, We Could
Not Locate the Server 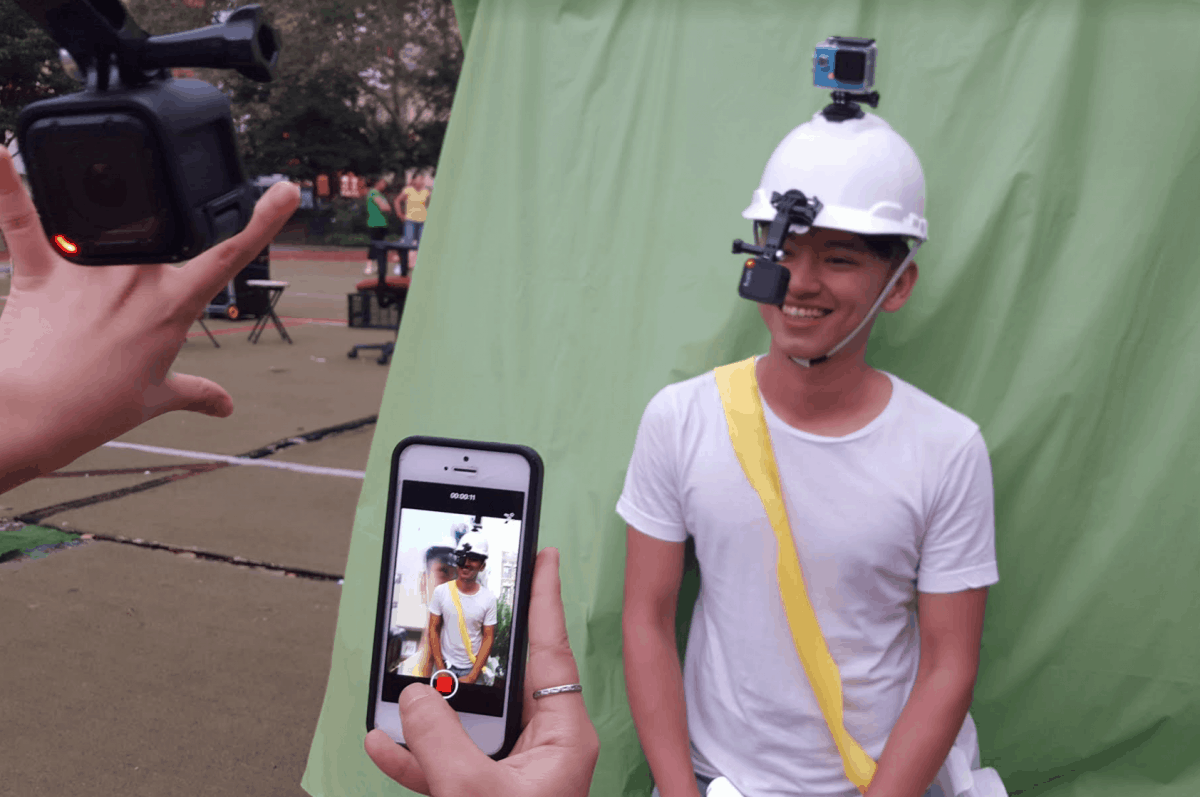 What does it mean to track an art object?

If we take as our starting point Antoinette Burton’s idea that any autobiographical act is in itself political, that every act of autobiography is also, always, an archive, then what happens—what is made possible—when the archiving of a work of art occurs alongside its consummation? A double gesture of self and self-appraisal, a movement both within the art object, and also its outside, the context, the world in which it appears and the process of its movement toward a product: a productively unstable force, a space for imagining possibilities that have yet to be written, let alone performed.

“I never read photography books and now I’m making one.” So says Ying Liu, who’s sitting across from me at Freemans, at a booth in the back room, at least in my memory, as I type this. Ying Liu, experimental multimedia artist, whose book—the one you are reading, browsing, leafing through—is hardly just a photography book. Sure, there are a lot of photos. Too many, in fact. What began as a project to document Liu’s three-act play, the live action, “semi-inconspicuous” HANG OUT, which unfolded over three days in August at Sara D. Roosevelt Park in Manhattan’s Lower East Side, quickly turned into an exercise of obsessive compulsive curation, the remnants spilling out of the page proofs and onto the proverbial cutting room floor. 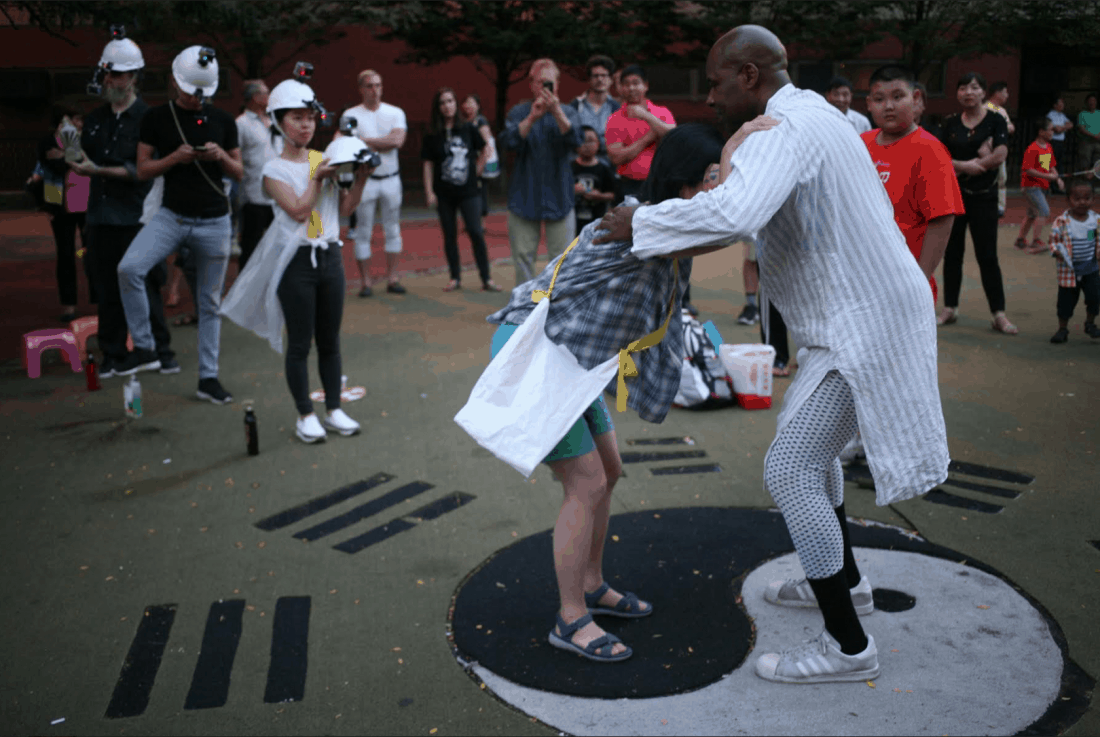 Without scenes, we wouldn’t have deleted scenes. Without imagination, we would be forced to see everything around us; to take everything at face value; to never get beyond the finite art objects that hang on a wall or in our screens, sacred and silent. But so much of Make a Fountain begs the same level of participation that became a prerequisite of the play it aims to document. Fill in the white spaces, Liu seems to say, as you hover over these pages. Link the images to the text they seem to represent. Become co-accomplice and archivist. Make a Fountain is an art object masquerading as scrapbook, unless it’s the other way around. Index, portfolio, errata. “In the age of the vanishing book and the virtual text in which we live,” Burton writes in “An Assemblage/Before Me,” “we should linger on the embodied form: its conditions of production, how it was handled and circulated, the practices of borrowing and annotating in which it participated, the dangers and the pleasures its embrace entailed.”

At book designer Jeff Blocksidge’s disposal: the accumulated footage from Liu’s team—including Blocksidge himself, Keith Connolly, Jingzhi Wang, Wayne Liu, and several dozen audience-contributors—culled from Go Pros, photographers (professional and passersby), VR cameras live-streamed to YouTube, and copious and co-existing forms of documentation: e-mails collected prior to the event, text messages sent during the event, screenshots of social media posts published after the event, conceptual sketches that draft proposed objects and sequence. Make a Fountain quickly became the opposite of every house front yard sale’s clarion call: Everything must stay! Including the mistakes—butt-dials, texts sent in pieces, typos preserved ad infinitum.

The question, of course, isn’t how far one can go, but why stop here? In an age where our mistakes, revisions, annotations and approximations are textually re-written and removed with every Autosave, how else to preserve the traces of our past self then by re-materializing the digital into the very physical body of a book? The Internet promises everything all the time but what I want sometimes is just to only sit back and watch it happen; to freeze the frame and linger on every image, or the space between the next one. 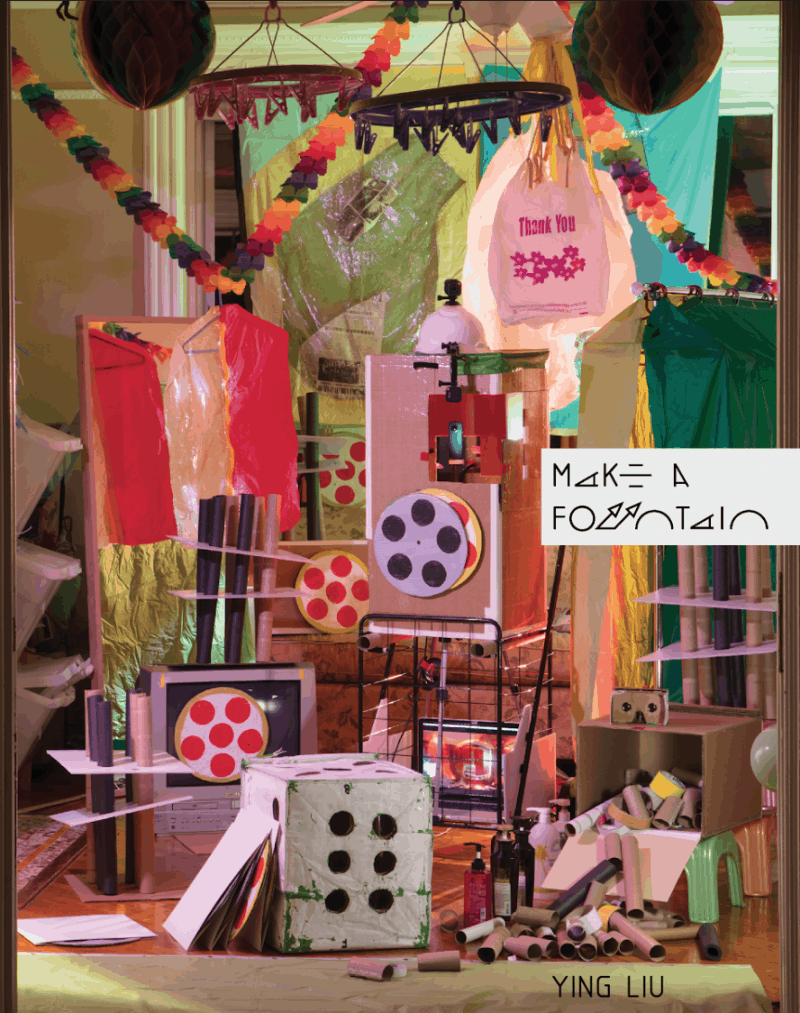 It’s rough, like a rehearsal of something we try to get closer to by repeating, and, in the process of changing it, sometimes lose it. This is how theater works. Richard Maxwell tells John Kelsey. John Kelsey tells me. I tell you: This is how the virtual convergence between text and reader works. Object, audience. This is how it works—by getting closer, by removing distance, by changing it, by losing it (a part of yourself), by gaining something else (yourself: somehow changed). Reiteration—again and again—does not mean repetition but that each successive return alters the outcome—and also its course, the form of its trajectory.

The problematic, though, the error, the glitch—WE COULD NOT LOCATE THE SERVER—can also be the source of its power, and our own. This wanting to give nothing up. Without scenes, we wouldn’t have deleted scenes. Without imagination, we would be forced to see everything around us; to take everything at face value; to never get beyond the finite art objects that hang on a wall or in our screens, sacred and silent.

In my thoughts and in my actions, I am making a play; I am playing a game. The game would be called a poetics of unlocatability. Similar games include Hide & Seek and Marco Polo, except instead of responding to one’s inquiry, I am sitting here, silent, alone with this text. If every art object and literary work resists a finite production, by the very fact of its virtual convergence between audience and reader, by the fact of their continuous participation and contribution, then a book like Make a Fountain can provide the instructions for future use.

Or at the very least, show you what happened—how what happened is still, in its own way live streaming. Make a fountain.

The book launch and reception for MAKE A FOUNTAIN takes place on April 18, from 7 to 9pm, at the Emily Harvey Foundation, 537 Broadway, New York City.