What I Learned About Cameron Fuller

From fully-functional floating studios to one-man video production, this is how the entertainment industry looks when you’re younger than the World Wide Web. 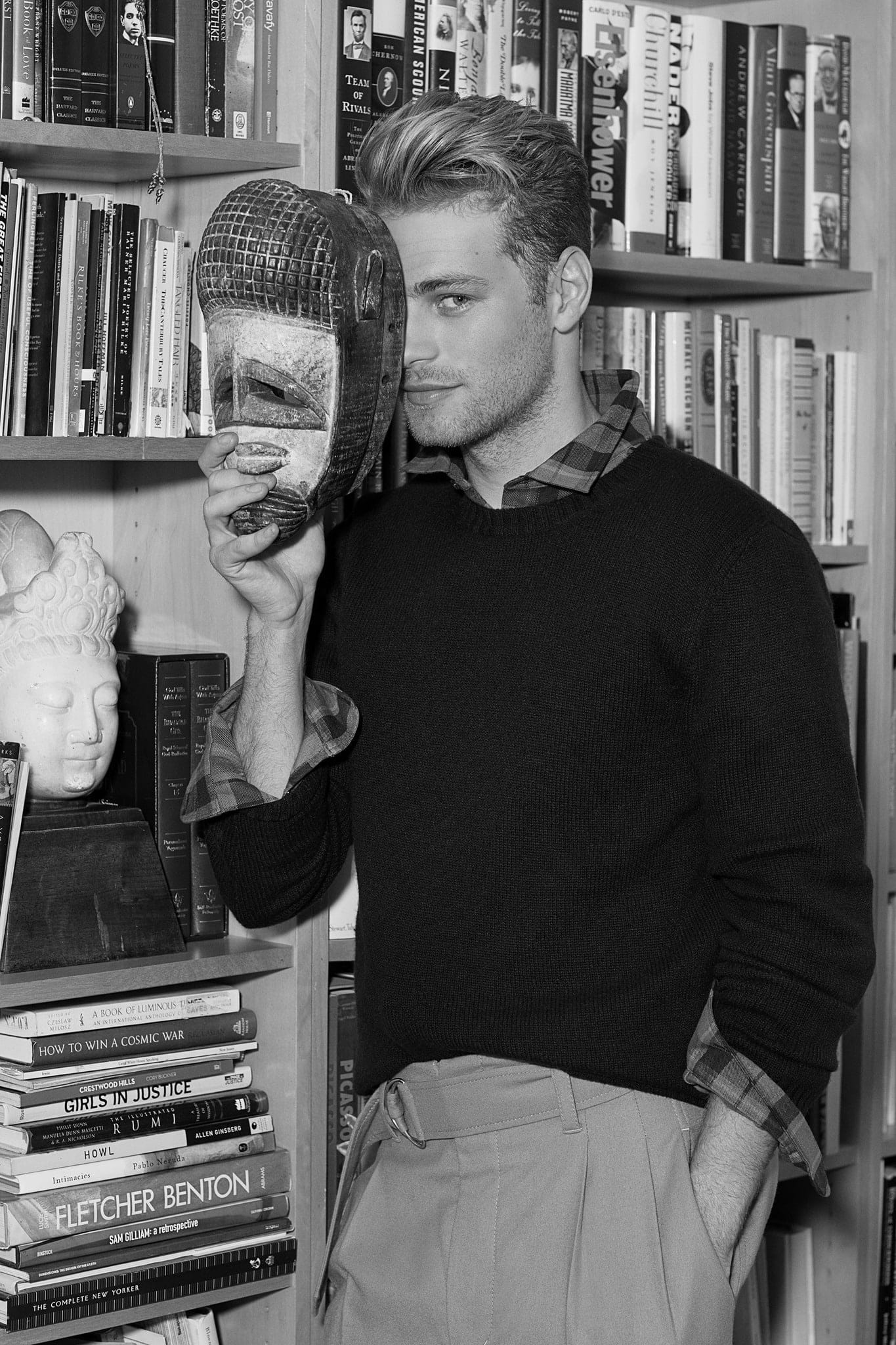 ER You were literally born into the movie business. Tell me about your first role.

CF Oh, wow. Okay. As you know, my dad’s a movie producer [Bradley Fuller], and my godfather, Kevin Messick, is also a producer. One of Kevin’s early movies was The Babysitter, with Alicia Silverstone. They were looking for a baby. There wasn’t much dialogue, so I was the lucky one chosen. I’m the baby in The Babysitter.

ER Most people have home movies to revisit their childhood, you have Netflix.

CF Yes, I guess that’s true. And, side-note, Alicia Silverstone kissed me on the lips, so that was kinda my first kiss.

ER Lucky fella. I had a huge crush on Alicia Silverstone growing up, like every American teenage boy at the time. Were there any transformative experiences growing up that made you want to act?

CF I grew up around movie sets my entire life. And I always envisioned myself following in my dad’s footsteps, which was being a producer. But when I was 16, I got an internship at William Morris, the talent agency. I was learning how to be an agent. A manager approached me and said, “You should be an actor.” I had never thought about it before, and I said no way. She was like, “I think you can do it. I think you have the tools.” That got me thinking.

ER Most people would jump at the opportunity. If you told a kid in Iowa, “Hey, you should be an actor,” they’d probably say, “Damn right. Where do I sign?”

CF Well, you know, it’s just different because I’ve seen a lot of how acting works throughout the years.

ER You’ve seen how the sausage is made.

CF Right, I learned that it’s not an easy business. Being an actor is difficult, emotionally and mentally; there’s a lot of rejection. And honestly, I saw a lot of people growing up that went off the deep end, and I never wanted that to happen to me. I had to make sure that I was ready before I jumped into it, ready for what was to come with it. My dad and my family supported me, and that’s how it really began.

ER The fun happens in front of cameras, but the power lies behind the scenes. What are your Hollywood plans? 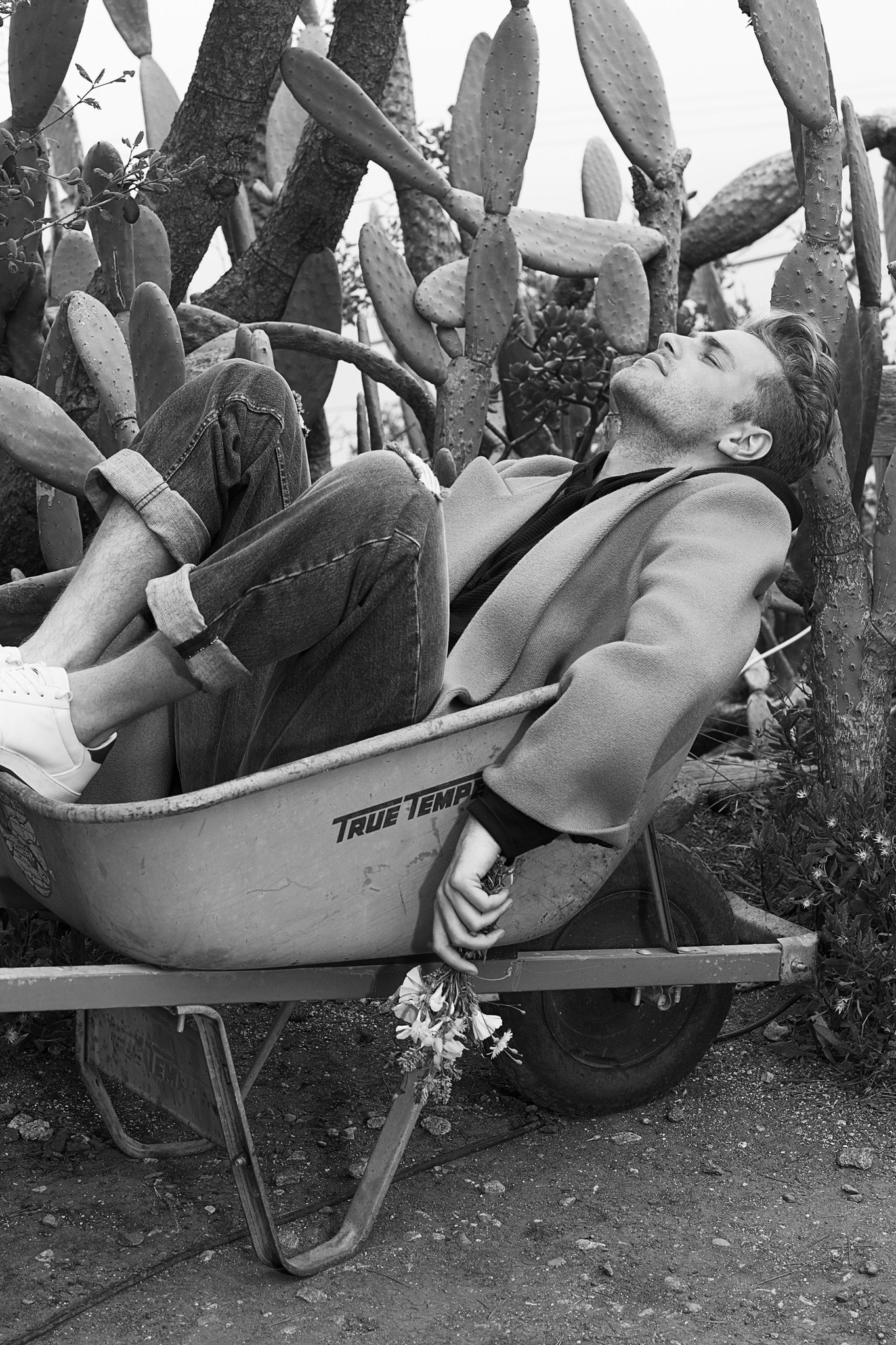 CF That’s true. You know, right now I love acting. It’s my passion; it’s what I work towards every day. But I do have other goals in my life, and that includes being behind the camera. I’ve always been a big fan of what my dad does and how hard he works, and I don’t think there’s any avoiding that in my life. I’ve grown up listening into calls and meetings and gaining the knowledge that you would have behind the scenes, so I want to use that at some point and explore that route.

ER The most misunderstood title in the credits is the producer’s. What does a producer do?

CF The producer is the glue, who pretty much has power over most of the project, and it’s their job to make sure things run smoothly, that the talent does their job, and the director does their job. They also have creative input; their notes are taken into consideration. You kinda just have to kick ass. And people have to trust you with their money.

CF Yeah, you’re gambling every time you make a movie. Some odds are better than others.

CF It’s been the greatest acting experience I could ever have. I love it. We have such a great cast and crew, and we’re all family. Eric Dane [Tom Chandler on the The Last Ship] is probably my biggest role model in all of Hollywood. He’s taught me so many things and helped me in so many situations during the show that I could not be more grateful to him.

ER Is there a lot of military terminology to learn? I have a friend who was on Grey’s Anatomy [with Eric Dane] and he said the hardest part about the role was learning all the doctor-talk.

CF Our set’s very strict. We have military personnel on set who make sure that everything is said perfectly, the script is right, the jargon is right — everyone’s haircut is exactly the length it needs to be. You have to be fully shaved. My first line in the show, I had no idea what it meant. I tried to look it up and couldn’t find it anywhere. I had to ask the guy, and it was a completely different meaning than what I thought. You get used to it as you keep going. The craziest thing is, where I’m stationed in the ship, all of my scenes are on sound stages in Culver City.

ER No need for seasick medication for you.

CF No, I don’t need any of that, thank God. There is a lot of stuff shot in San Diego out of a naval base on [the USS Halsey and USS Dewey].

ER You’re on this huge show, but you’re arguably better known for your YouTube channel. What got you started making videos?

CF I wasn’t working on the show at the time. We were on hiatus. I had never considered YouTube at all. And I was with my buddy Greg one day, who’s an actor as well. We were like, “What’s a creative outlet for us to give ourselves to people that are fans, or that want to know us better?” It took a couple days to figure out if we actually wanted to do it. We went with it. And I don’t think I’m prouder of anything in my career so far.

ER It used to be that actors wound up on reality TV when their careers went in the gutter, but your generation has changed that. Your generation kick-starts and augments careers with reality-based social platforms, and it’s a legitimate and powerful tool. Is there a method here, or are you just making it up as you go along?

CF I’m trying to balance both of those things, so  I can create this platform where the people that watch me on the TV show can also know who Cameron is in real life. Or the people that know me in real life can say, “Oh, this is Cameron’s work,” which is the show. So, it’s great in both senses for me to really express myself creatively. You can create your own movies and videos without a crew, and without a budget, and the opportunities are endless now.

ER Right, people can learn about you, personally. Do you want to know what I’ve learned about Cameron Fuller through YouTube?

CF Brutal! I think that’s the whole point with the videos is that you know I’m gonna fail before we even start. 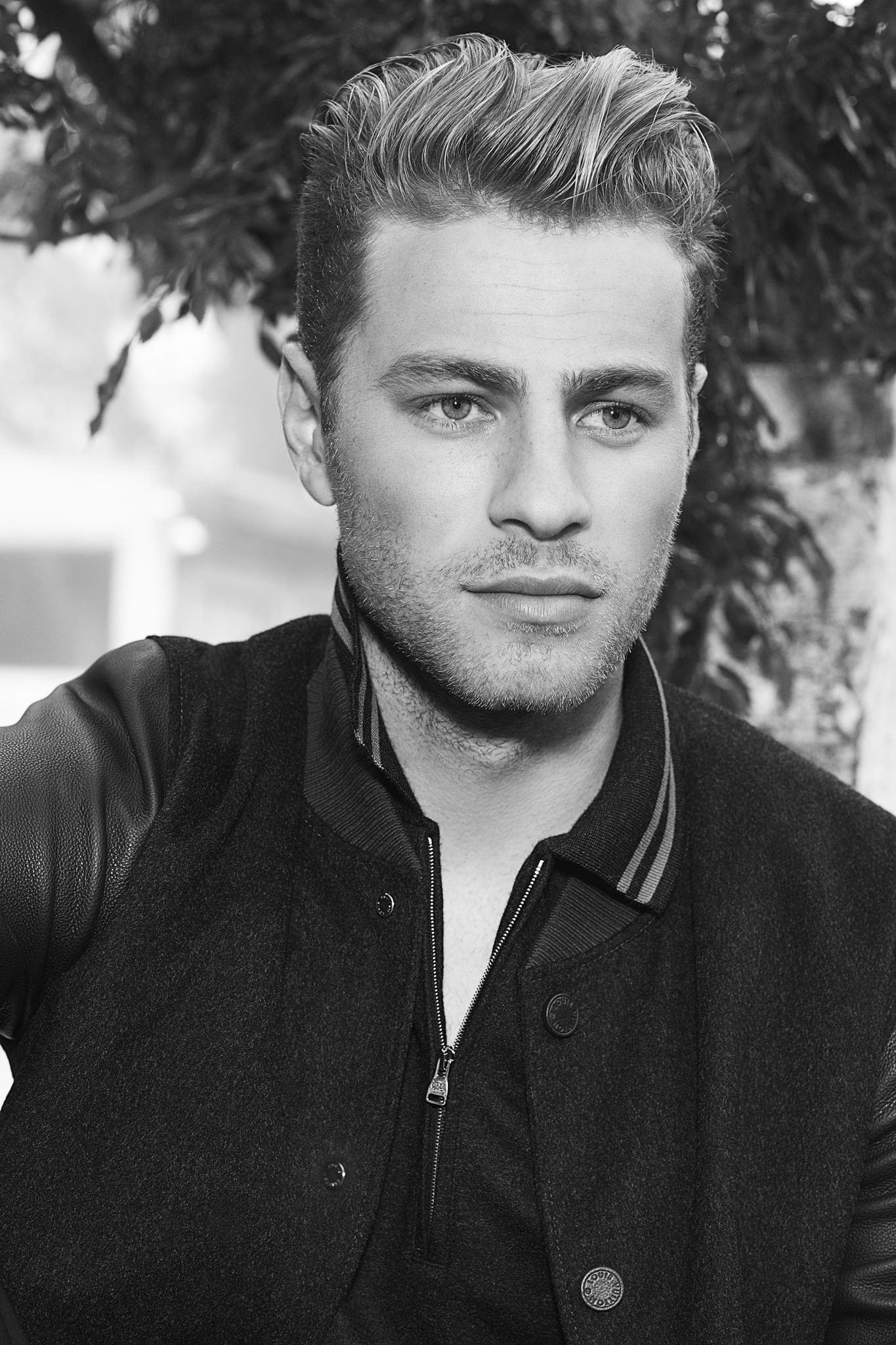 ER I’ve learned that your dad is your idol. Or you were just tweeting that for Father’s Day?

CF He is my idol. I speak like him, I look up to him. I couldn’t really do anything without him. I don’t know where I’d be in this business at all, or in my life, without him.

ER You’re not a great cook, but you’re a pretty good bartender.

CF They’re important tools to have. If you’re at a party, it’s cool that you can make people good drinks. But I’m really learning as I go. I was never taught how to cook growing up. It’s all a process, and my girlfriend’s very helpful with this stuff.

ER Speaking of your girlfriend [Lauren Elizabeth], I learned that she doesn’t remember the first time she met you. Were you having an off night?

CF She had fun one night. We were out, and she was hitting on the wrong friend. I’m lucky it ended up being me.

CF Do you want the honest answer?

ER I want the best answer, which is usually the honest answer.

CF Look: a lot of people I know write out their skits. I’ve never written down one thing. I’ve thought of it, and I’ve just gone off the top the entire time.

ER You avoid politics. How tempting is it to veer into current affairs?

CF I don’t want to be someone that’s seen as sided. I never want to shade a specific audience that watches my videos, you know? I respect all people.

ER I would need a Xanax, or a beta blocker, to put myself on video every week. You seem to be genuinely having fun with your life.

CF It’s not bad. I can’t complain. I’m definitely happy. The show’s going now, so I can’t really film a ton more at the moment, but I’m building my YouTube [channel], and there’s a lot more good things to come.

ER At 23 years old, you have a lot of experience with Hollywood. What advice would you give a starry-eyed young actor who just rolled into town?

CF I would just tell him to work hard, but really stay humble and grateful. This industry can sweep you off your feet, really fast, and you can become a different person. I just think it’s important to stick to your morals and try to be the best person you can be, and if you work hard, put your head down, and you’re nice to people, I think you’ll achieve success. That’s my take.