the world of warcraft 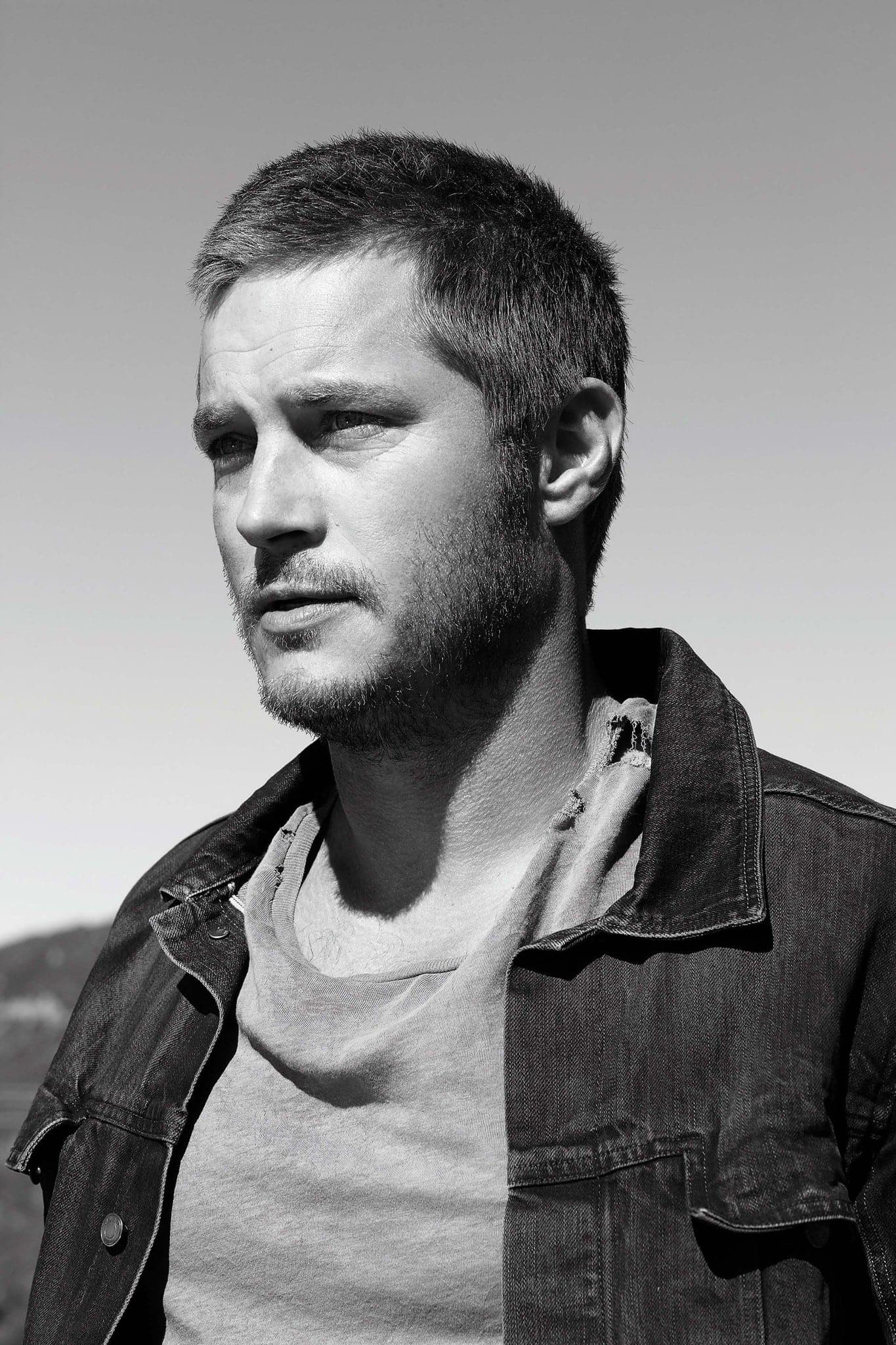 Blame it on Travis Fimmel’s powerful desire for refreshment on this seventy-two-and-sunny February afternoon. Or perhaps on his aw-shucks upbringing on a dairy farm in a rural pocket of southeastern Australia. Or maybe on a general aversion to taking himself at all seriously, let alone (cough) coming off like some kind of arrogant wanker. But right now, the actor is far more interested in gulping deeply from the pint of beer in front of him beading with condensation than describing in any kind of pointillist detail the time he almost died while filming a tentpole movie. “Yeah, I fell off a horse,” Fimmel says with a breezy little wave of the hand. “It was fine.”

If we’re going to split hairs, the horse fell on the action-adventure star, who’s best known for portraying vengeful Norse chieftain Ragnar Lothbrok over four seasons on the cultishly popular History Channel drama Vikings. But right now it’s Miller Time on the back patio of a Santa Monica beachside bar. And although I’ve been asking Fimmel, thirty-six, a bunch of questions regarding that accident on the set of Warcraft—a mega-budget adaptation of the massively popular sci-fi video game World of Warcraft set to hit multiplexes in June—the soft-spoken performer brushes off talk of his own brush with death.

“So you have fake dirt,” Fimmel recalls. “And the horses have so much armor on; it’s very true to the game. I had to ride up and stop. But a huge fan came on, it just freaked out the horse.”

He continues: “So he bucked up because he couldn’t find his feet. And we went back about ten yards. And then he fell backwards.” Pause. Sip of beer. “It was pretty funny watching four hundred people on the set go—” Fimmel mimes slack-jawed silence.

That shock gave way to profound relief for director Duncan Jones and assembled crew, who rushed to the actor; Fimmel emerged from beneath the downed animal without a scratch. “Might’ve been the plastic armor,” Fimmel says with a grin. “Just lucky, I guess.” 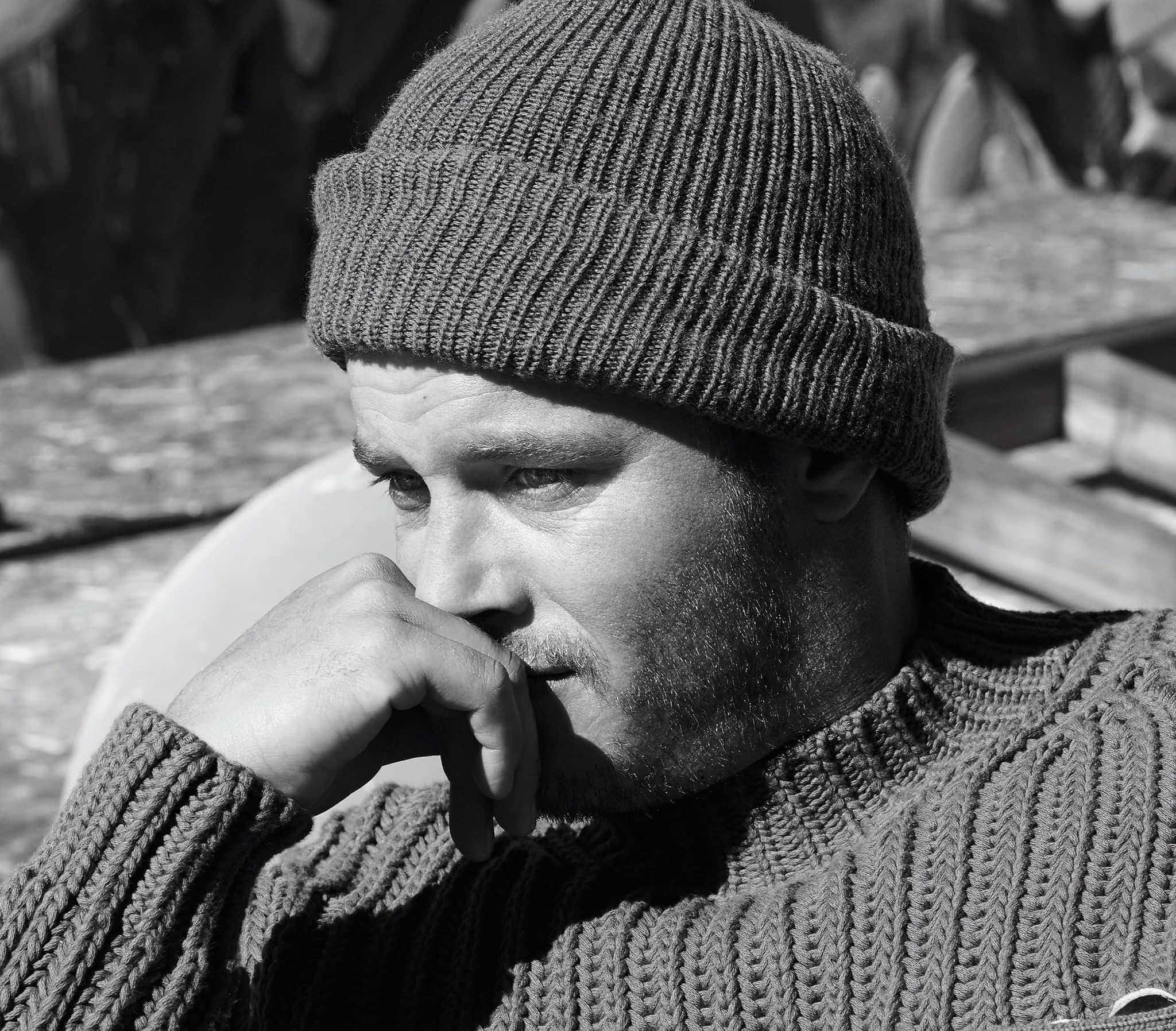 There’s certainly something charmed about his fairy-tale emergence from a dusty speck on the map (Echuca, Victoria, population 5,500, where—Fimmel would have you know—the closest pub was twenty minutes away) to his first blush of fame: as a Calvin Klein model. His shaggy blond mane and chiseled torso graced billboards from Times Square to the Sunset Strip through the early aughts.

After abandoning an architecture degree at University of Melbourne to travel overseas—“I wasn’t real good at showing up for class,” Fimmel says—he had precisely zero aspiration to become an actor, had never studied drama nor given cultural pursuits a second thought. But several chance meetings with his future manager David Seltzer (in London, Cannes, and Miami, all of which occurred in pubs and bars; are we sensing a motif here?) ultimately persuaded Fimmel to give acting a shot. He moved to LA, began studying acting, and quickly booked a lucrative contract modeling tighty-whities and men’s fragrance Crave for the global fashion conglomerate. “He looked like James Dean at the time,” Calvin Klein re-called in a 2013 interview. “So he walks into my studio, into my office, and it was like drop-dead … His presence was jaw-dropping.”

It’s difficult to overstate the sensation those ads caused. As Fimmel’s boilerplate creation myth goes, city officials had to remove his billboard from a busy London intersection citing traffic concerns—the twenty-one-year-old’s physique was literally stopping traffic. For Fimmel, however, the gig was strictly a means to an end. “Horrific,” he says at the memory of first seeing himself on outdoor advertising. “I didn’t know what Calvin Klein was. But it’s the easiest job I’ve ever done. You just stand there like a dummy. Get a visa for three years, get a bit of cash. Don’t know how else I would have stayed here.”

Dressed in baggy camo shorts, flip-flops, a baseball cap, and T-shirt, and with several days’ growth of stubble and deep, Serge Gainsbourg–worthy rings beneath his eyes, he looks more like an off-duty construction worker than any kind of Derek Zoolander archetype. Kind of unslept and rangy. Toughened by years of Muay Thai kickboxing. Suffice to say the guy has evolved physically since he came to rank among People magazine’s Hottest Bachelors circa 2002.

As King Ragnar on Vikings, Fimmel lends that overall effect to portraying a legendary warrior whose forces rampaged across the Baltic, Scandinavia, England, and France in the ninth century—a character with an elaborately tattooed skull and mottled beard whose prowess on the battlefield often leaves him dripping with the arterial splatter of his enemies. Although the role has been Fimmel’s ticket to fame (as well as his key to the hearts of the San Diego Comic-Con faithful), season 5 may be his swan song. The actor stops short of providing spoilers for what’s ahead, but allows that Ragnar “ages up” and his children reach adulthood later in the season.

This year, it rained ninety-five percent of the time. We don’t stop and wait. We just shoot in it. Very guerilla.

He gets a misty satisfaction, however, discussing the mountainous east coast of Ireland where Vikings is filmed: its wild beauty and physical challenges and the sheer unlikelihood of staking a Hollywood career all the way in County Wicklow, so far off the entertainment industrial complex grid. “It is so not glamorous there,” Fimmel says. “It’s literally freezing and there’s nowhere to hide. They try to hide you in tents but they just blow away all the time. You go stand in a warming tent, you hold on so it doesn’t blow away. This year, it rained ninety-five percent of the time. We don’t stop and wait. We just shoot in it. Very guerilla.”

Those remarks underscore a larger truth about the actor: anytime you get Fimmel talking about “the business,” his stories tend to emphasize the inherent ridiculousness and nuts-and-bolts aspects of playing pretend in front of a rolling camera. While quick to heap praise on costars—and voluble about the difficulty of landing meaningful work in Los Angeles—the former farm boy doesn’t mince words about his chosen profession.

“You’re gettin’ paid to do a job,” he says. “You want to be good at it. I was brought up that you’re never better than anybody else. Everybody’s doing their job. I’ve always had more in common with the crews. I mean, why do you have to be a wanker?”

In January, Fimmel traveled to Park City, Utah, where Maggie’s Plan, an indie dramedy in which he plays a supporting role, premiered at the Sundance Film Festival. Written and directed by Rebecca Miller (The Ballad of Jack and Rose, The Private Lives of Pippa Lee) and starring Greta Gerwig and Julianne Moore, it’s a career left turn for Fimmel, who landed the gig after Miller’s husband Daniel Day-Lewis caught him on Vikings and proposed him for the movie’s “pickle entrepreneur.” “So thank you Daniel Day for gettin’ me the job!” Fimmel says with a laugh. “He must have been bored to be watching me on TV.”

The experience got the Aussie actor thinking about a different kind of business model going forward. “I wish I had a career of one scene in a million movies,” he says. “As long as it’s a good director and writer. It’s way more fun to play different characters. As the lead, you’ve just got to work too much. The lead is never the most exciting role, either.”

And yet. And yet. Come June, Fimmel is poised to reach his widest audience to date occupying yet another protagonist role in the epic fantasy Warcraft, which reaches theaters in time for peak popcorn movie season. As Lothar, the general of a king’s army in a magical realm, he sets out to defend humankind from invasion by hulking saber-toothed marauders called Orcs, whose alien world faces imminent destruction. But his character ultimately decides the disparate species must unite to survive—if they can overcome their differences. 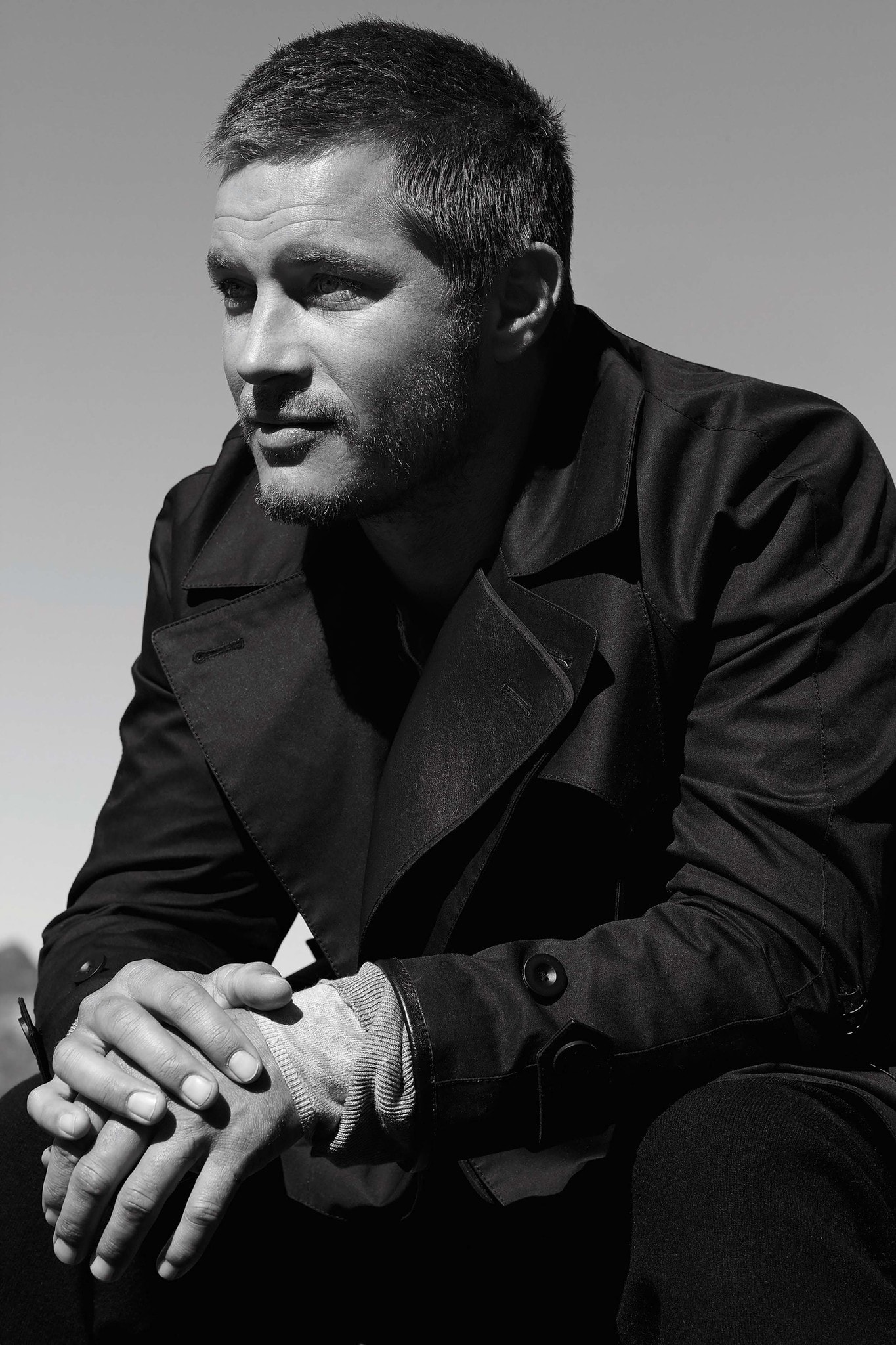 The job involved extensive acting opposite performers in motion-capture suits and green-screen technology (in addition to nearly getting crushed by a horse). As such, Fimmel had to suspend his reflexive doubts and rely on Duncan Jones to talk him through scenes he could only begin to imagine. “A lot of the time you’re acting on your own,” says Fimmel. “Scenes where you’re not talking to anybody. You’re doing walk and talks and somebody’s screaming out the lines. I gotta look to the fella, and there’s nobody there! ‘Duncan, where are we?’ ‘We’re on the edge of a bloody three-mile cliff.’ I have no idea what the film’s going to look like.”

As Fimmel drains a third pint and the sun begins its fiery descent into the Pacific, I ask the actor what he’d be doing if not this. “I’d be farming,” he says without hesitation. “I go home every year for a few months. That’s where I’m happy. I just want to enjoy my life and do stuff I’m proud of without having to compromise—and without having to worry about droughts.”