WHERE SPORT & STYLE MIX IT UP 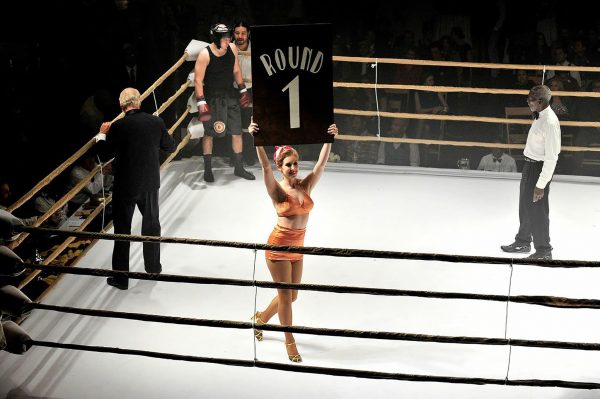 Round One at The Schlitz Bouts throwback throwdaown

Outside of the famed Hollywood Athletic Club, you could sense excitement in the air. A sleek roadster was parked near the entrance, where women in elegant Gatsby dresses made their way up the steps past flashing cameras. Big band swing music echoed out into the Los Angeles night. Inside, the clink of brown Schlitz bottles could be heard above the din of conversation. On that crisp autumn evening it was clear: the clock had rolled back for a night of timeless taste, and you, the lucky ticket holder, were part and parcel to the party of a former century.

Dreamed up as “a night of heritage boxing, style and entertainment,” the Schlitz Bouts featured four sanctioned amateur boxing matches across as many weight classes. For eight men, it was a chance to win citywide bragging rights. For Schlitz Brewing, it was an opportunity to immerse L.A. in the storied beginnings of modern America and boxing’s golden age. Last month, Schlitz invited 300 guests to a classic 1920s style carousal under the vaulted ceilings of Hollywood’s original social club. Women came dressed in flappers, feathered headbands and glittering hairnets. And well-groomed men wore black tie, boaters and derbies. In one room, a torcedor hand rolled cigars with deft skill. In another, a craftsman worked a letterpress, printing portraits of the night’s fighters on cards. Craft cocktails and, of course, Schlitz beer were served from a handsome wooden bar. As guests danced to big band hits, amidst newsboys, menacing gangsters and a boozy “Irish beat cop,” the wait staff whisked trays of oysters and aperitifs across halls that once were stalked by Hollywood heyday legends from Humphrey Bogart and Howard Hughes, to Jean Harlow and Joan Crawford. 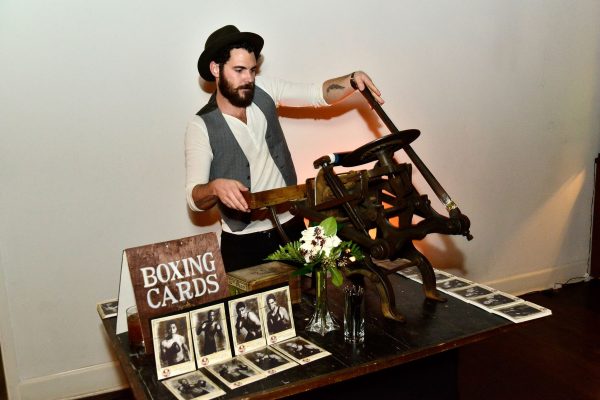 Under Pressure fighter’s portraits and letterpress 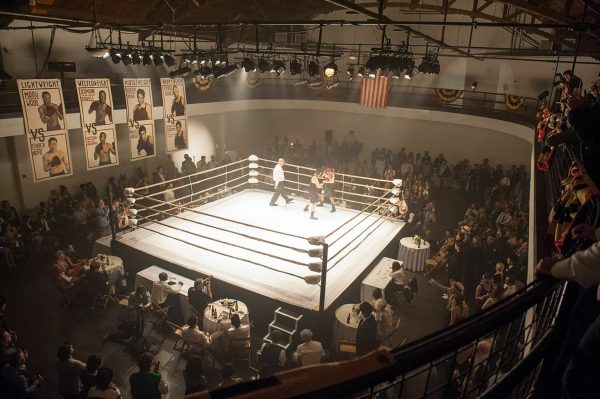 Summoned by the emcee, the party moved into the gymnasium where thumbless glove three-rounders served as the night’s main event. VIPs, judges, and scoop-hatted pressmen sat ringside at white cloth-draped tables. A barbershop quartet sang the national anthem to a dramatically hung Old Glory. And the dance troupe, L.A. Follies, performed in the ring to kick off the matches. 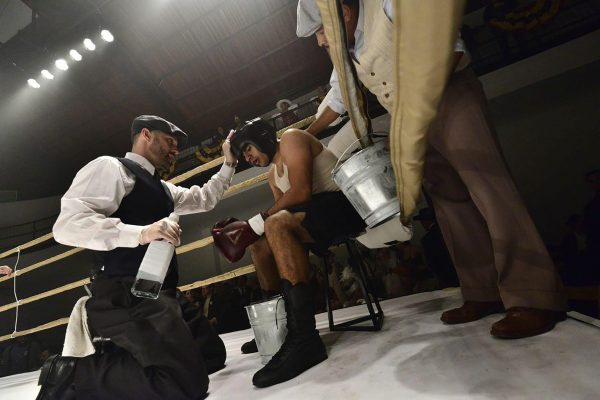 One More Round a fighter catches his breath 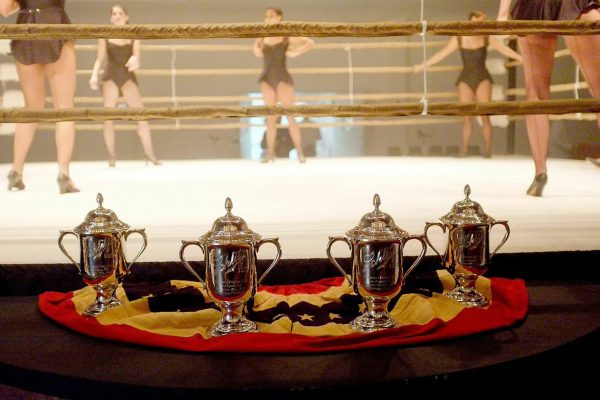 Ringside with the Schlitz Bouts trophies as the L.A. Follies prepare a number