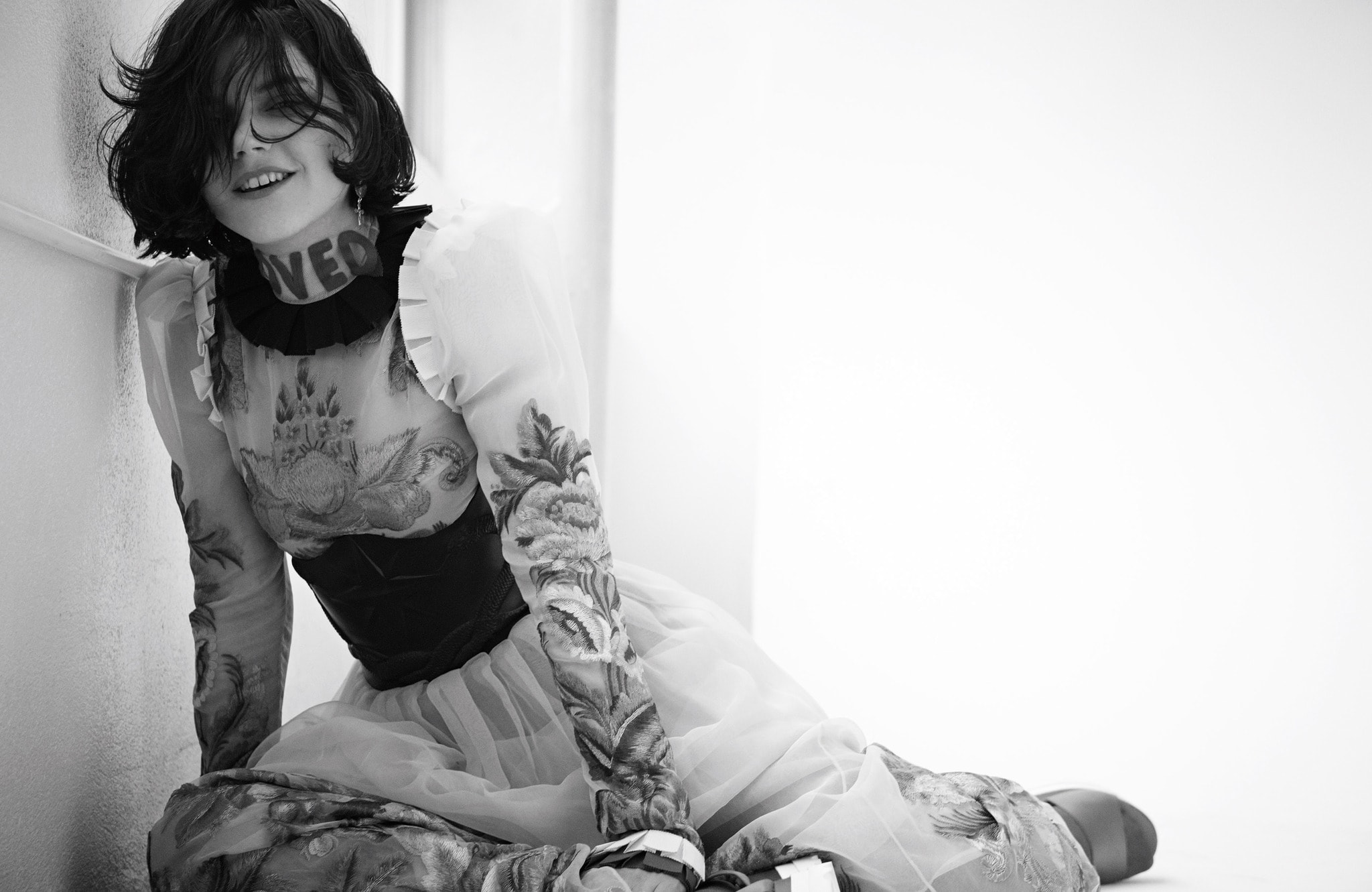 “MY LIFE IS CRAZY RIGHT NOW. I’M LONELY. I DON’T HANG OUT. I’m obsessed with making this record. Am I happy? I guess I am. Is it 100 percent fulfilling? No. But it’s perfect, because there is nothing else I’d rather be doing.” The Bowery Hotel’s lounge is a velvet den; dark murals, Persian rugs, and narcotizing couches you can’t stand up from. Mint tea is on the table. Faces intermittently pop up from a nearby group of ladies who query one another as to who it might be; who’s talking? They recognize the voice, with reason. Well, then, the voice.

As a public figure, 31-year-old French-born, California-based Stephanié Sokolinski, better known to music and film audiences as SoKo, began as sound. Many of her myriad fans came to know her voice-first, through her 2012 hit song “I’ll Kill Her.” And the sound of her voice here at the Bowery is why, presumably, the ladies behind her are considering their phones, Googling, pointing to their screens and exchanging looks: SoKo was tapped by Spike Jonze to play Isabella, the disembodied voice of an operating system in the Academy Award-winning film, “Her.”

Currently, SoKo is in New York recording her third album, to be released in September. I spent the days before our meeting plugged into my laptop, filling the felt silence of Bose’s QuietComfort® Acoustic Noise Cancelling® headphones with music from the SoKoMusic page on YouTube. Taken together, SoKo’s songs are about as easy to sum up as calculus. Beautiful? Yes. Sad? Agonizing. Sweet? Toothachingly. 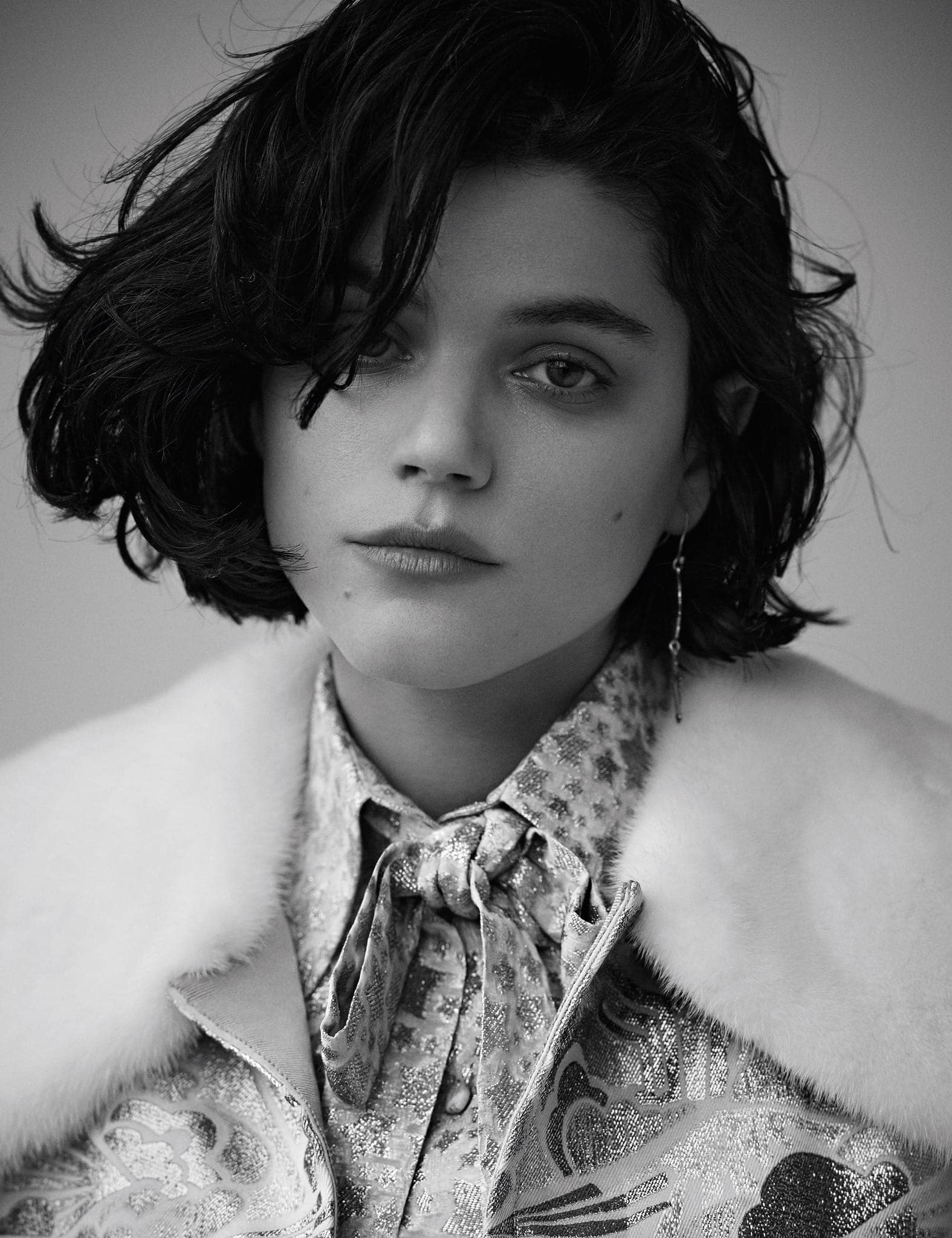 “I would define my music as extremely intimate and mellow and dreamy,” SoKo says. “My whole new album is songs to go to bed to. My favorite music is what I want to listen to when I go to bed.” To be clear, she means this literally, as in dimming lights and fluffing pillows. She is not politely referencing sex, although we spend the next twenty minutes talking about it.

Turns out, the key to completing this album, and the aperture through which SoKo’s passion must flow, is abstinence.

Here’s the backstory. After quitting antidepressants early last year and landing hard in an unnumbed reality, SoKo decided to spend a week at the Hoffman Institute in northern California. As part of the therapy there, participants forgo desensitizing habits. “You couldn’t drink. Couldn’t do drugs. If you were a runner, you couldn’t go on runs,” she explains. The teetotaling Hoffman Process was designed to defog childhood memories in order to identify the negative behaviors and thinking modes that were developed and conditioned there. For SoKo, who lost her father at age 5, her disillusionment by the process was life changing. “I needed a lot of affection because I suffered from not having enough when I was a kid,” she says she realized. “If I like someone I become very codependent and needy. If I like someone it’s bad news. I get so consumed. Fully. One hundred percent devoured. It’s scary. I can’t have that distraction.”

Love and heartbreak may make for good lyrics, but for SoKo, they’re death to recording.

Now armed with Hoffman’s tools, she will not be distracted from her music. “I have a set of rules,” she explains. They include: no flirting, no dates, no hanging out one-on-one with anybody past midnight, because after that, “you’re doomed.”

“The few times that I slipped, the next day at the studio I had the worst time,” she confesses. “I was depressed, had no energy. I was thinking, Why am I longing for someone? Am I not complete by myself? Everything I need is right here at the studio, why am I looking for that in someone else? And then I’d be like, Fuck it, I’m going to hang out with that person and nothing is going to happen! But then something would happen, and I’d be like, Fuck! I’d tell my musicians and producer, Dude, I totally fucked up last night. Sorry, today is going to be a bad day … And I’d just hate myself.”

Furtively then, until the album is complete: no sex!

Read the full story in At Large magazine issue 8.