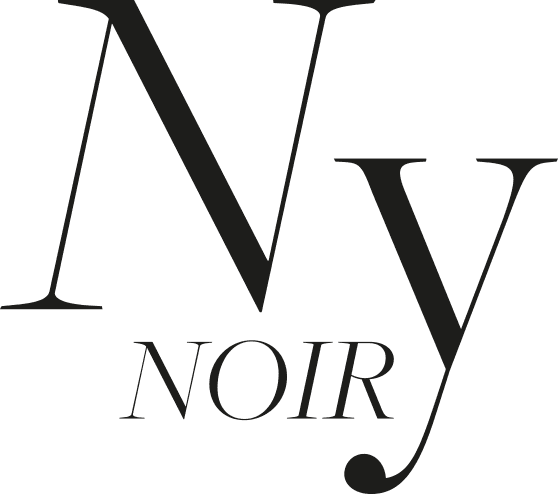 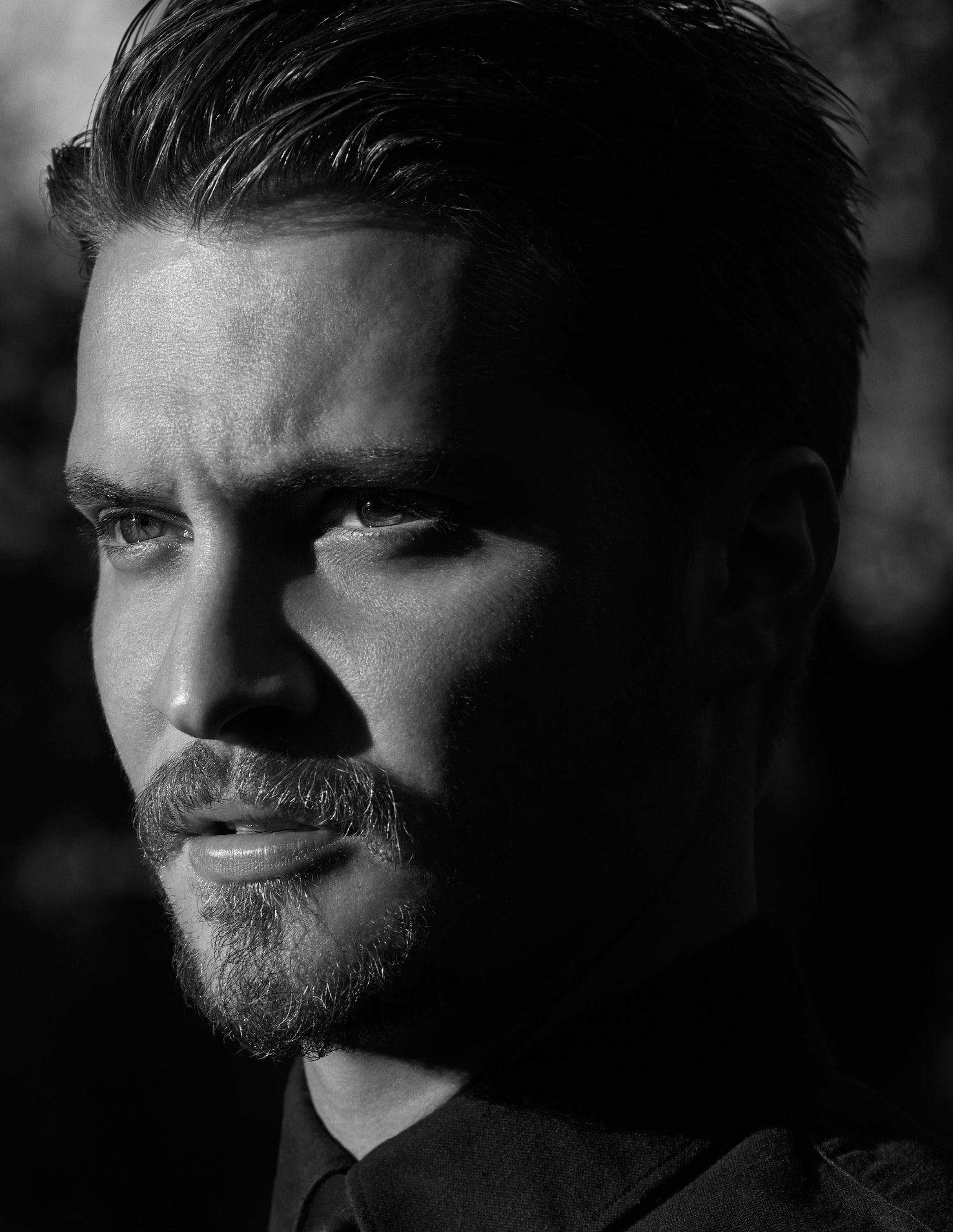 Actors can travel all manner of circuitous paths before they reach their creative destinations. Harrison Ford started as a carpenter. Gerard Butler attended law school. Hugh Jackman was initially a gym teacher . . . then a party clown. Luke Grimes began his journey as a performer in a small Pentecostal church, playing drums for his father’s Open Bible Christian Church congregation. He was all of twelve years old.

“I knew that I wanted to be an actor really, really young, like when I was five or six years old,” says Grimes, now thirty, who will wrap up a busy year opposite Bradley Cooper in Clint Eastwood’s Navy SEAL drama American Sniper. “I loved getting up in front of people—I wasn’t a shy little kid. Which is funny, because now I’m incredibly shy and I don’t like attention very much. But the church needed a drummer, and when you’re the pastor’s kid you kind of do whatever’s needed. I learned how to play in a week, and was up there the next service.”

i loved getting up in front of people. i wasn’t a shy little kid.

Being a quick study has profound professional advantages, but more important to Grimes’s rapid ascent has been his willingness to take bold risks, to play parts that many actor peers might aggressively avoid. That fearlessness blossomed soon after Grimes started banging on his snare drum and high-hat cymbals; anyone familiar with Pentecostalism knows that the conservative strain of Christianity doesn’t necessarily embrace show-business values, let alone a bawdy S&M tale like Fifty Shades of Grey, in which Grimes will be featured as Elliot early next year.

“They have their issues with some things that I have to do, but different people have different beliefs,” Grimes says of his parents, who he explains are nonetheless supportive of his profession. “But we know what to talk about and what not to talk about.” 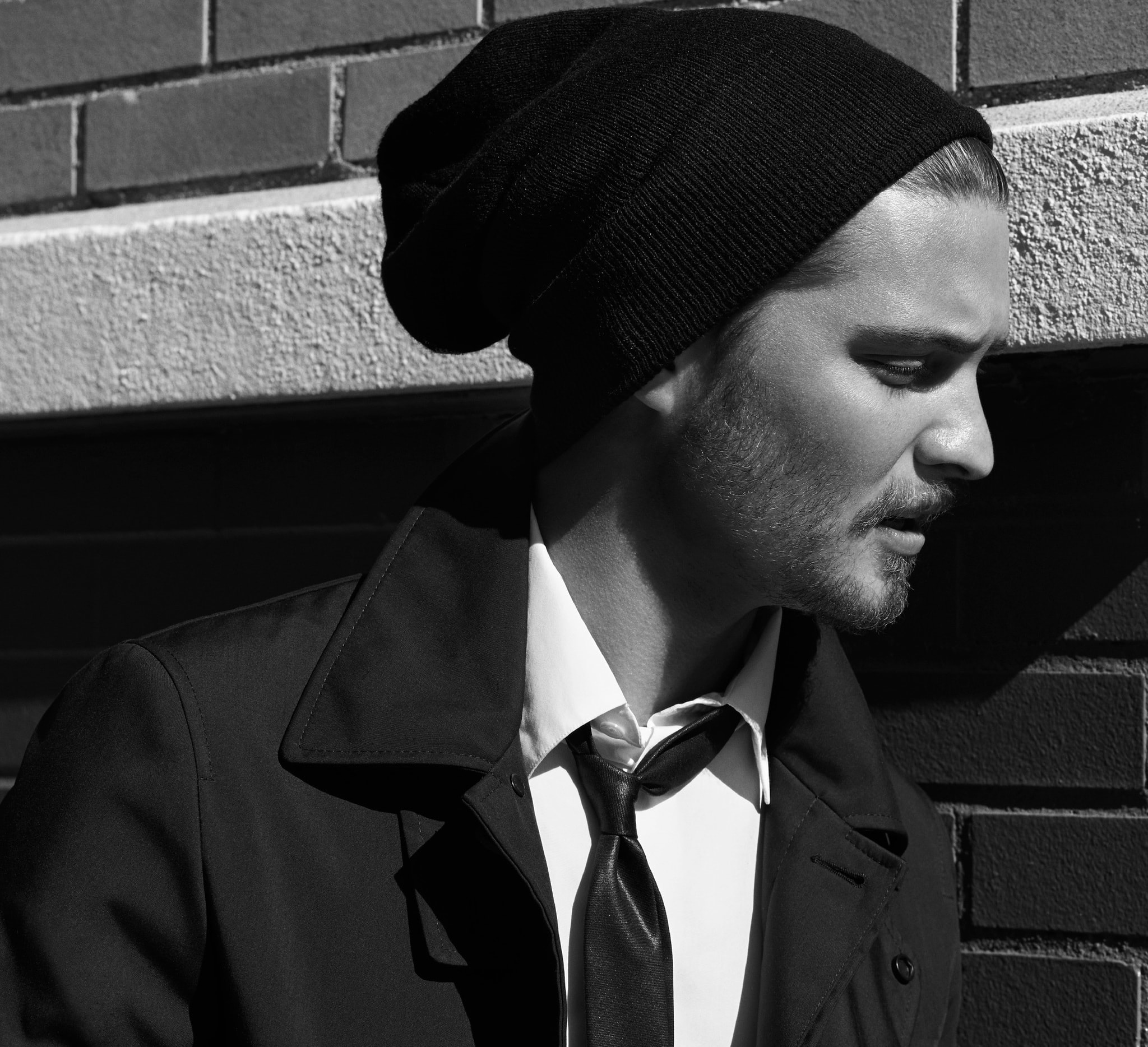 That would almost certainly include the part Grimes was filming in New York when we talked: the role of Todd Belkin in a 2015 movie called Freeheld. The story, set in the early 2000s, focuses on a seriously ill closeted lesbian police officer played by Julianne Moore, whose life partner (Ellen Page) may lose domestic partner benefits were Moore’s character to die. A young detective—played by Grimes—can help ensure that the couple is treated equitably by the government, but in order to do so he must reveal a personal detail he’s kept hidden. Before its release next year, Freeheld is already polarizing people. An all-boys Catholic school in New Rochelle canceled plans allowing the movie to shoot at its campus.

“The story’s great, because it’s right there on the isthmus where everything is starting to change in the gay rights movement,” Grimes told me. “One night Julianne Moore’s character goes out to a gay bar and sees my character there with his boyfriend, so they find out they’ve both been in the closet. So they have this little secret with each other, and by the end of the movie you’re wondering if he’s going to come out in solidarity with her to support her or not, because the more cops would support her in these free-holder meetings, the better chance that she would get what she’s fighting for. But he doesn’t really know what’s going to happen.” 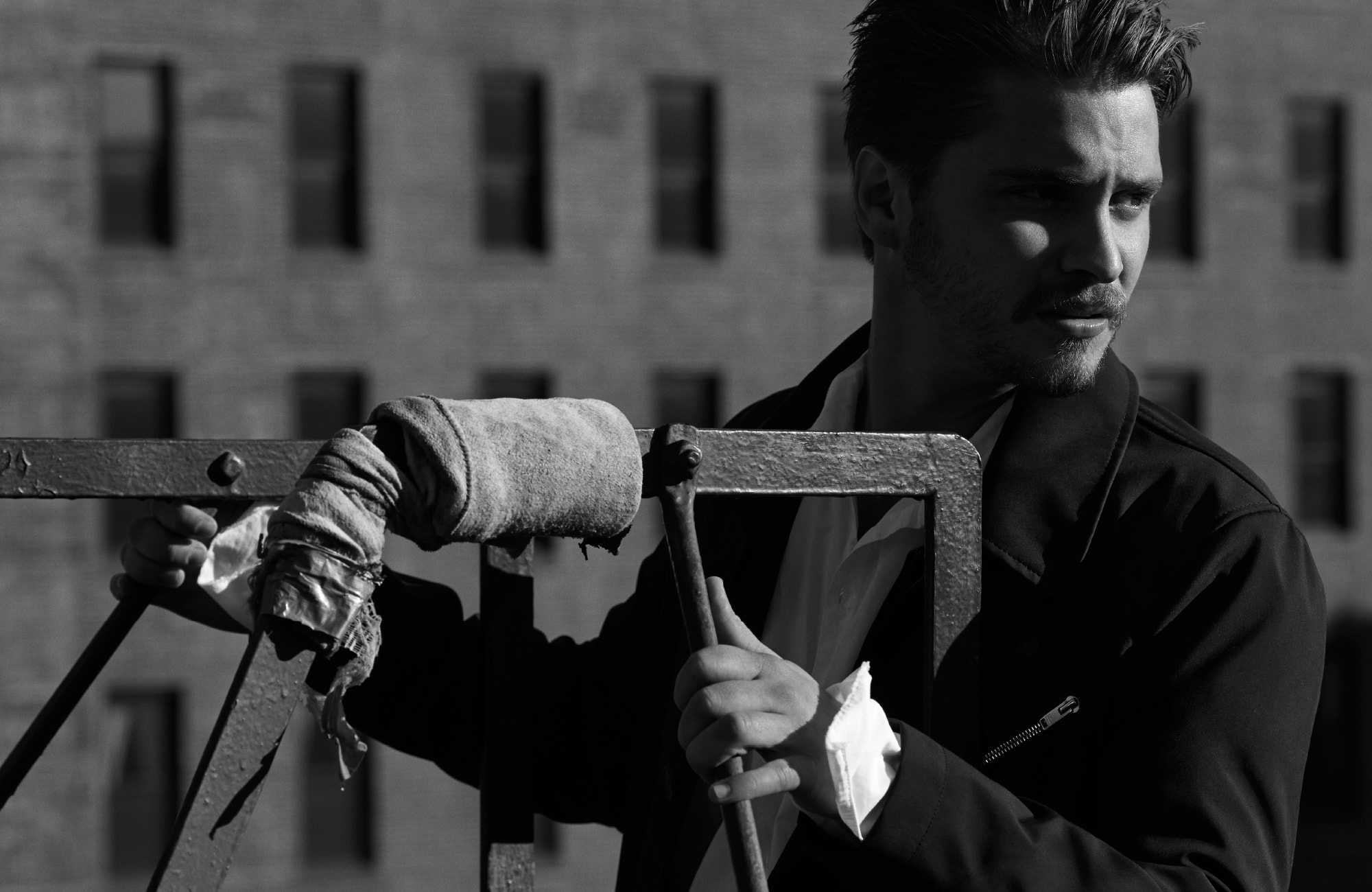 That sentiment also describes the start of Grimes’s acting life, when he was cast in his first feature film as the particularly randy young man Jake in the horror tale All the Boys Love Mandy Lane. The 2006 film played several festivals, including Sundance, and largely to acclaim among genre fans. Legal problems with its financier kept the film shelved for a staggering seven years. What was supposed to be a flashy launch turned into a quiet, direct-to-video dump.

“I didn’t have a lot of luck with anything hitting really big or really fast in the beginning of my career,” Grimes, who also leads the alt-country band Mitchells Folly, says without regret. “It’s been a slow burn, and I feel like pretty much every job I’ve ever had has been through the front door in a very traditional sense: I’ve auditioned for it, they haven’t known who I was, and I’ve gotten the job. Maybe we’re getting to the place where that could change a little bit, but so far there hasn’t seemed to be a lot of help in that department.”

It’s both an odd and fitting role, given the attention Grimes attracted in his departure from HBO’s True Blood, where he costarred as the beefy vampire James. Media reports at the time said that Grimes left the show because he didn’t want to play a bisexual; HBO vaguely cited “the creative direction of the character.” Grimes says that while he can’t for legal reasons explain specifically why he walked, it’s more complicated than has been described, and that his former True Blood castmates never knew the real story.

pretty much every job i’ve ever had has been through the front door in a very traditional sense: i’ve auditioned for it, they haven’t known who i was, and i’ve gotten the job.

“There was a huge, huge, huge misunderstanding, and it’s really unfortunate that it came out the way that it did. When I left the show I wasn’t able to talk to any of the other actors or anyone about it, so no one really knew the truth of what happened,” Grimes says. “They were throwing words around, like homophobic, which is really hurtful, basically people calling you ignorant, and it just couldn’t be further from the truth.”

In Grimes’s telling, the decision was principled, motivated by a concern that his character’s love life was becoming gratuitous, not meaningful. “When it comes to sexuality or sex scenes in any project, the actor should be able to have a say in what they are willing to do and not do,” Grimes says. “There’s a big difference in using sex as a cheap thrill and using sexuality to tell a beautiful love story, and I think that makes sense to just about everybody.” 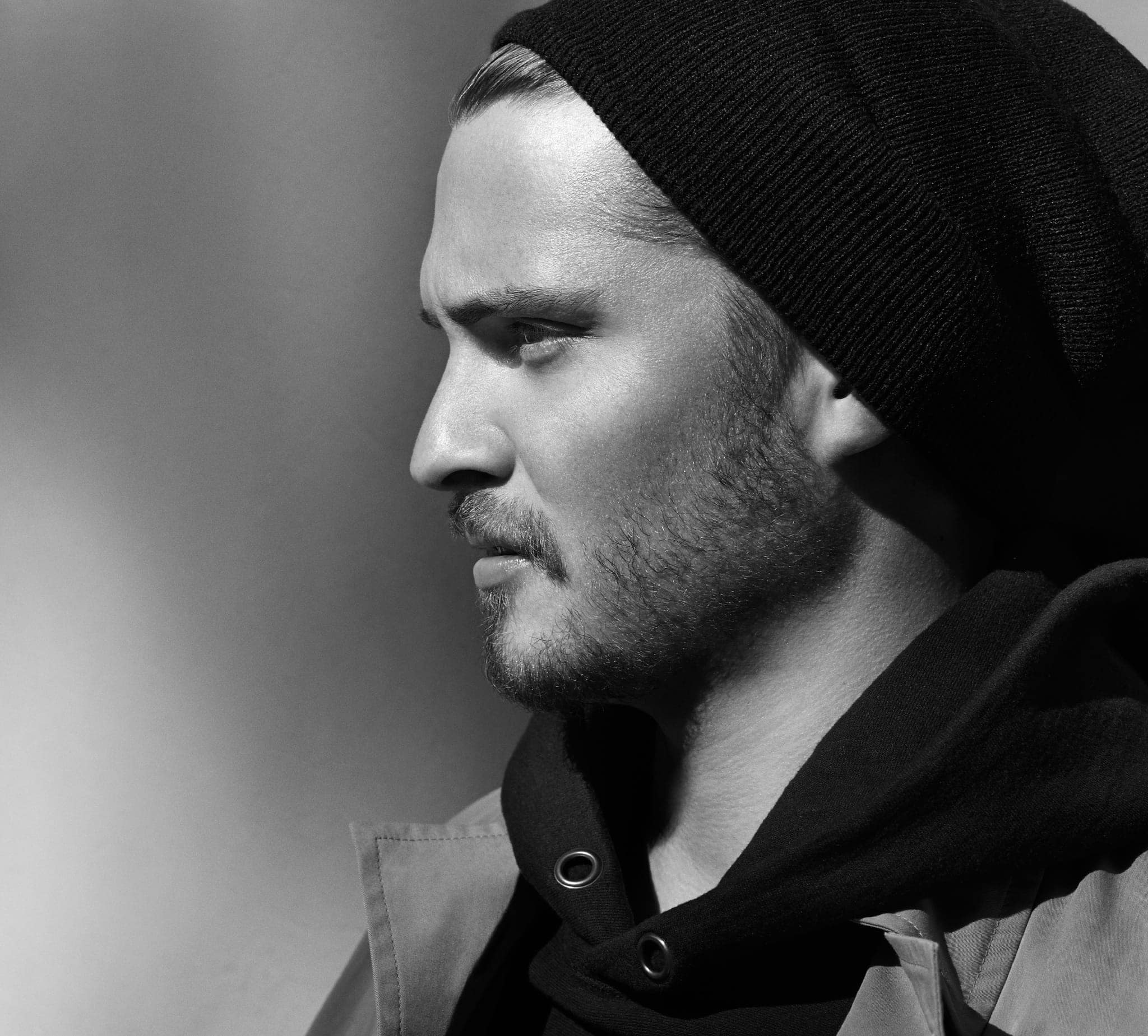 Regardless of the budget, Grimes is drawn to original stories, and cycles from studio to independent film. His other film credits include the black comedy Assassination of a High School President, the Ellen Barkin meta-movie Shit Year, The Wait with Chloë Sevigny, and Forever opposite True Blood’s Deborah Ann Woll. Among his television credits are Brothers & Sisters and Outlaw Country.

“I’m a really visual, emotional being, and I learned more from movies than from just about anything else,” Grimes says. “As an actor, I feel very grateful. I feel like I’m always learning new tools from every new job and every new person I work with. It’s just inspiring in the way that I was inspired when I was younger, when I wanted to get into this in the first place. These people have made it to that level for a reason, and their work really means something, and I hope to get to that level one day where I can inspire other people.”

His Pentecostal parents might not have picked the trail that Grimes followed, but there has been at least one son-to-father reward. “When I worked with Clint Eastwood, that’s my dad’s hero. He loves Clint Eastwood, he grew up with Clint Eastwood, and when I did the movie I had him come out and meet Clint Eastwood. So when things like that happen, all the hard work and all those things feel worth it, that I could do that for my dad.” 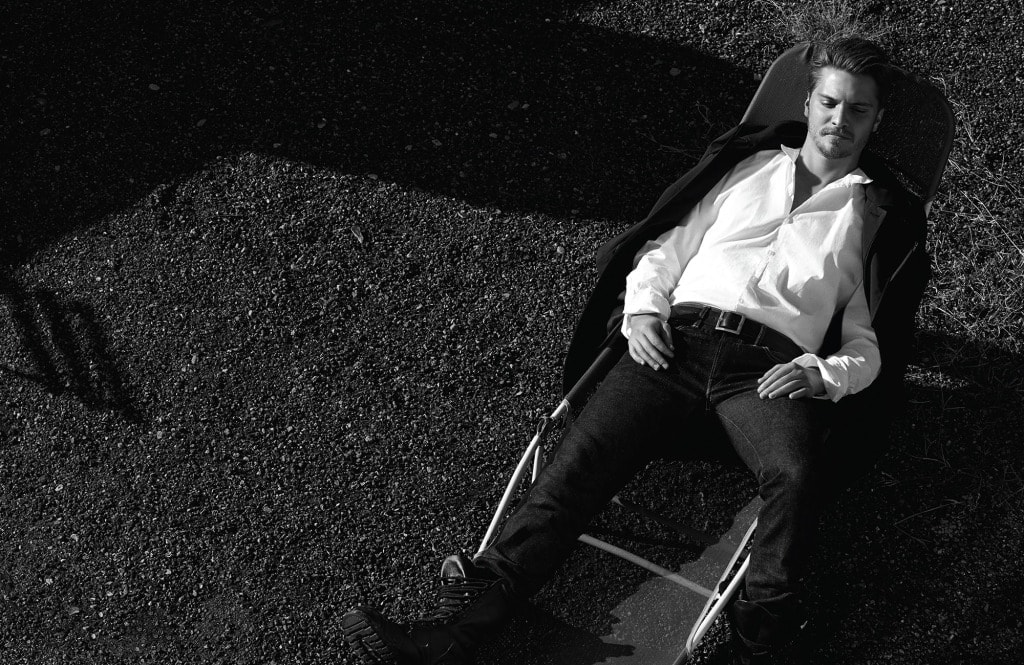