“In the evening a strange thing happened: the twenty families became one family, the children were the children of all. The loss of home became one loss, and the golden time in the west was one dream.”

— The Grapes of Wrath 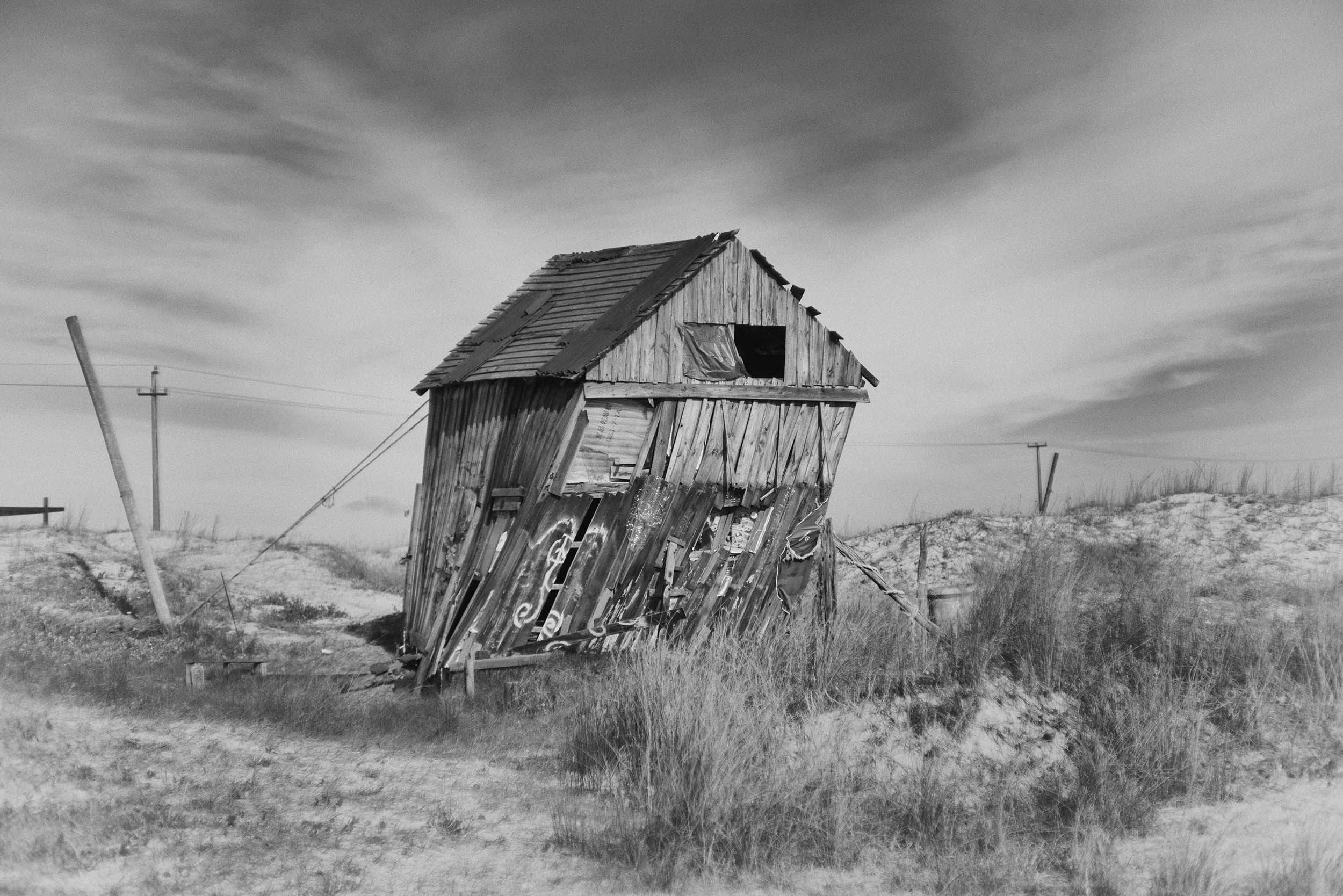 My arrival in Uruguay coincides with a forest fire encircling the small village in which I am to stay. It is night, and the only road in is closed while rangers yell, in Spanish, that it is too dangerous to continue. Despite their warnings, a resident of the town emerges with his small child and offers his services as a guide. We walk an hour and a half to the village, navigating by the fire’s light through the woods, me with my twenty-kilo pack of camera gear and he with his child on his shoulders. Under a full moon we hike an hour past dead seals and through washouts. There is a constant smell of burning piñon and pine. Along the way the man tells me he left the capital two years ago in search of a better life for his son. Then he speaks about the lunar eclipse the night before. His boy is more excited by the story than any child I’ve seen with a toy. 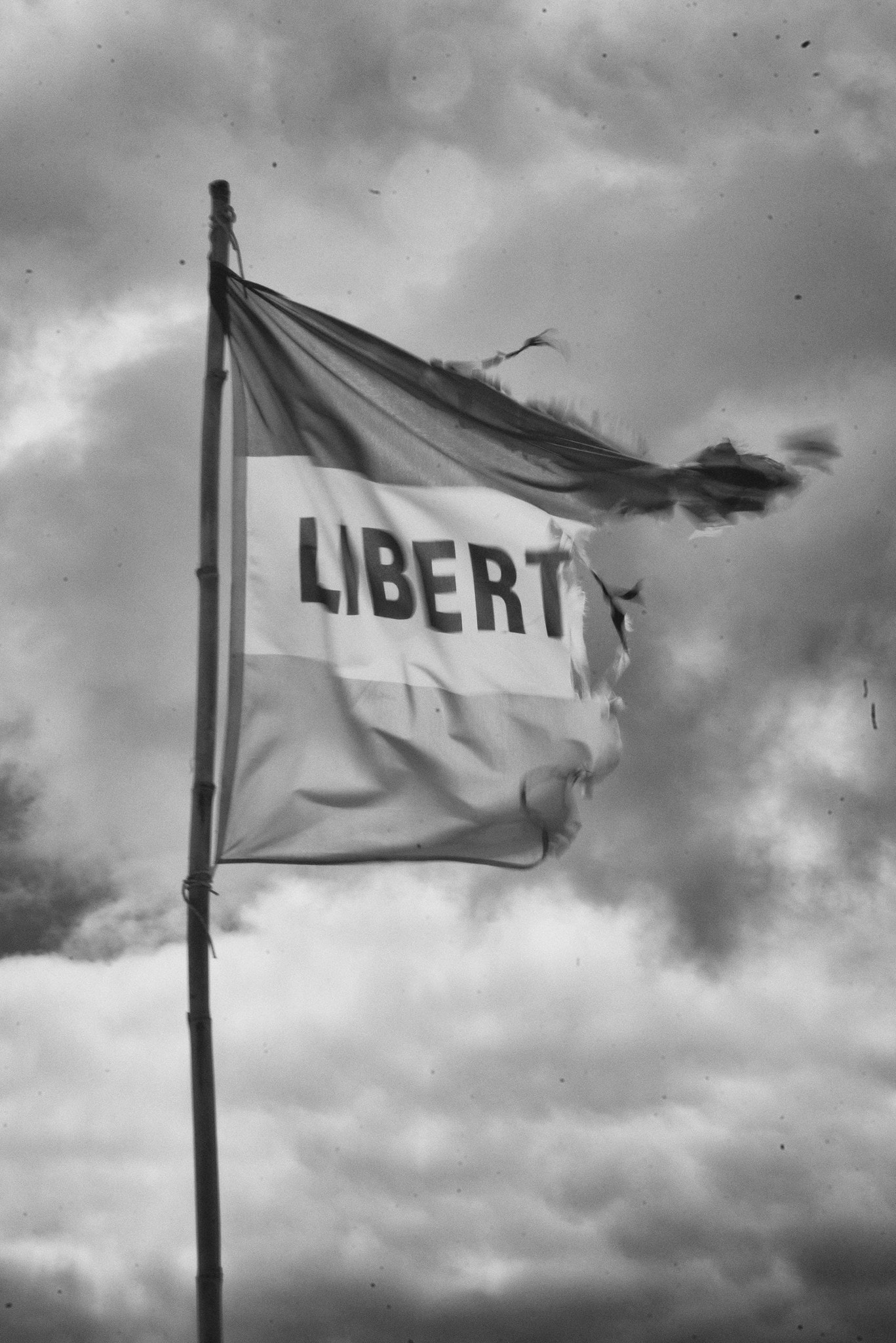 I’m holed up in the frigid attic in the house of the local bread baker, Willy. A storm is coming from the east, bringing the furious winds of its origins—the African plains. 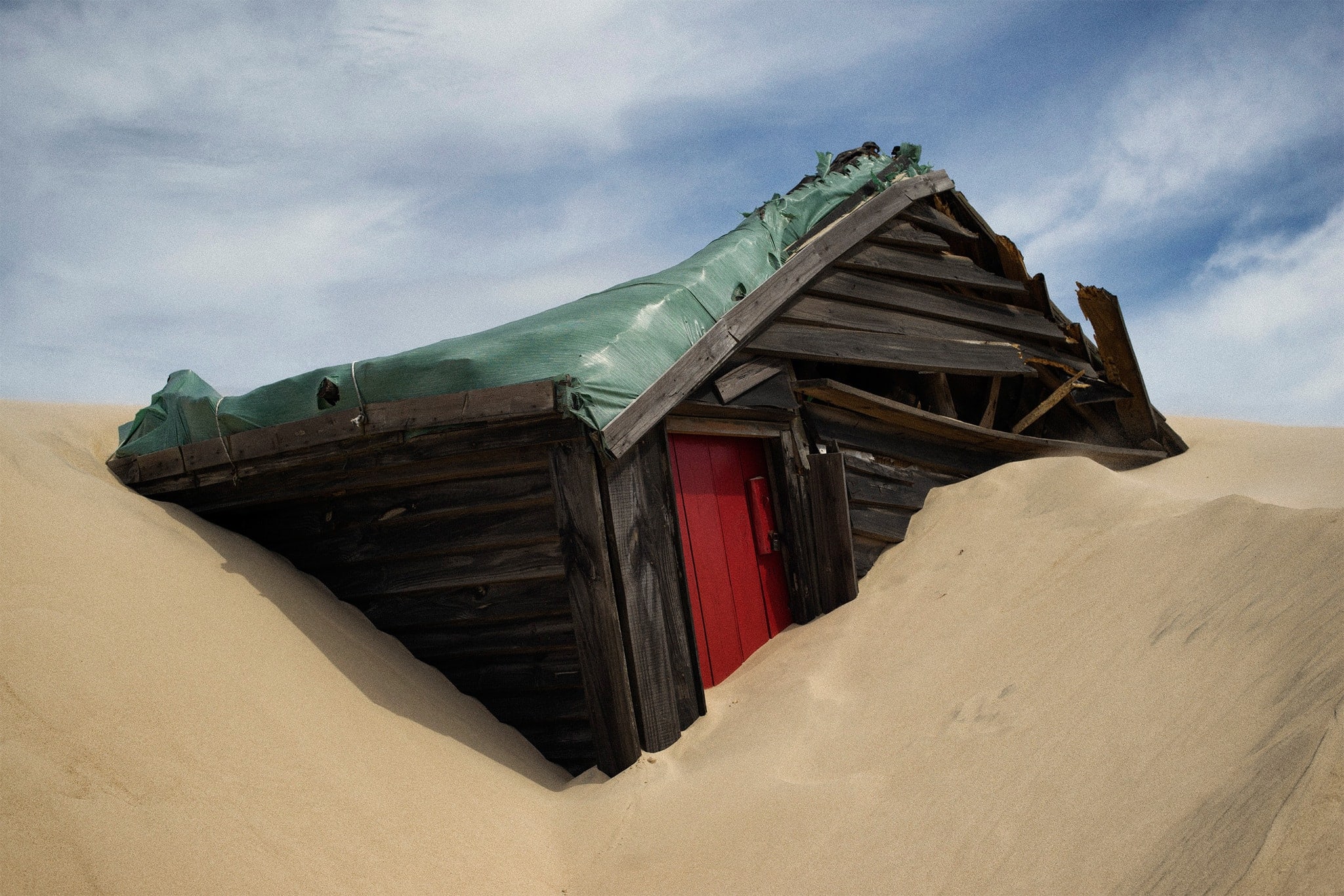 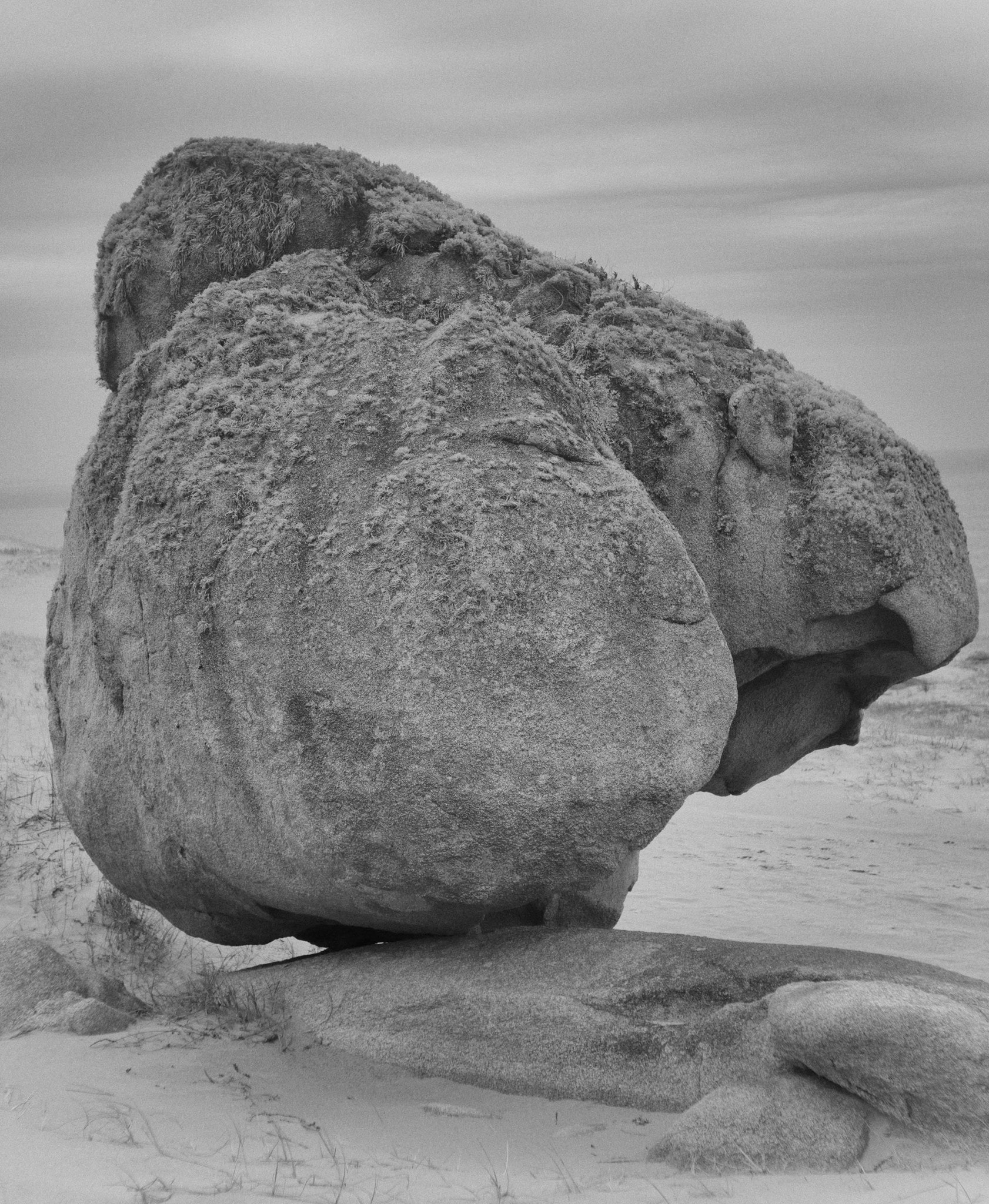 A shipwrecked crew originally settled here over four hun- dred years ago. The meager crew survived by hunting sea lions. Today, there are direct descendants of that colony living here, a stone’s throw from the hidden wreckage of their ancestors’ journey. 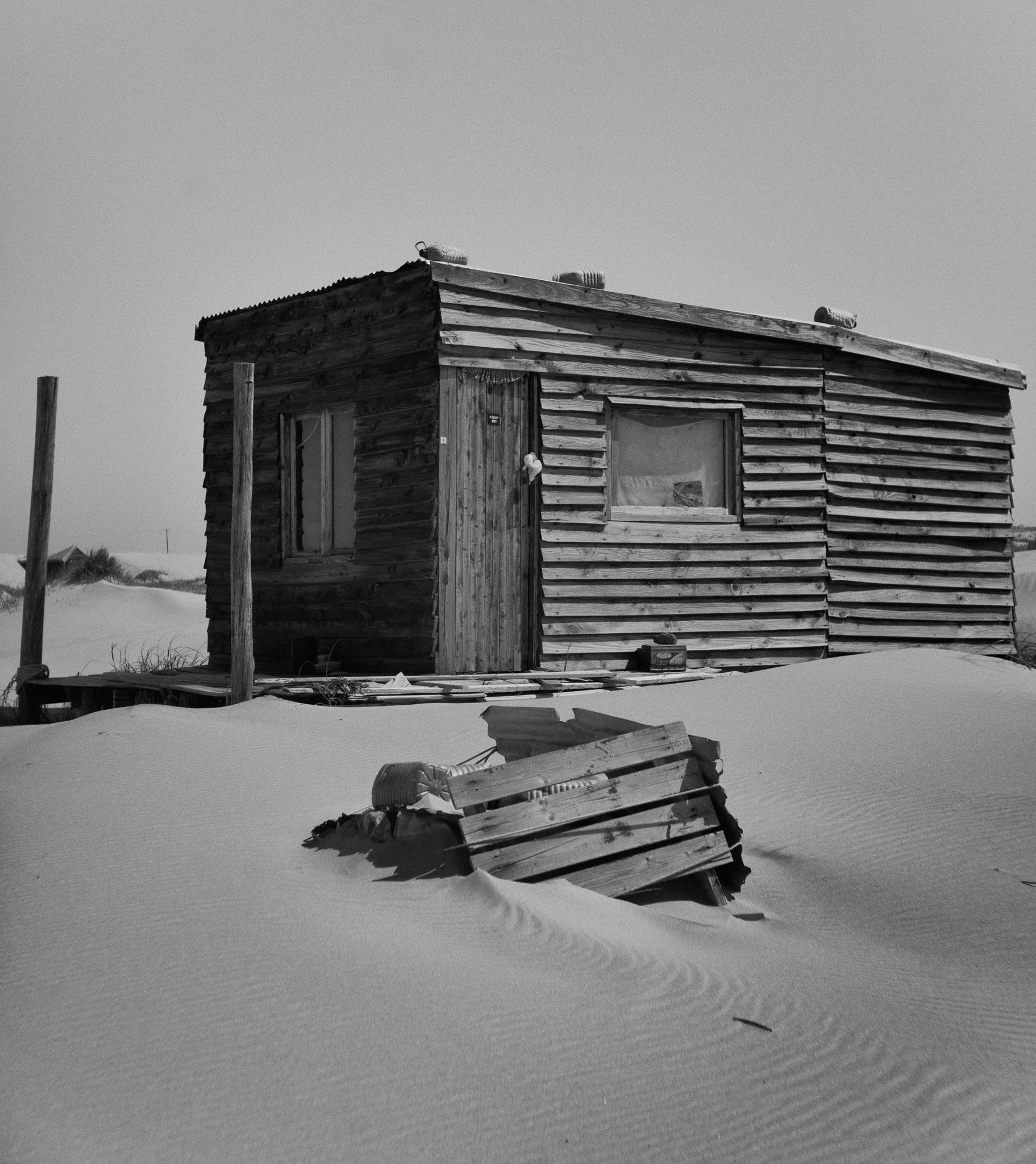 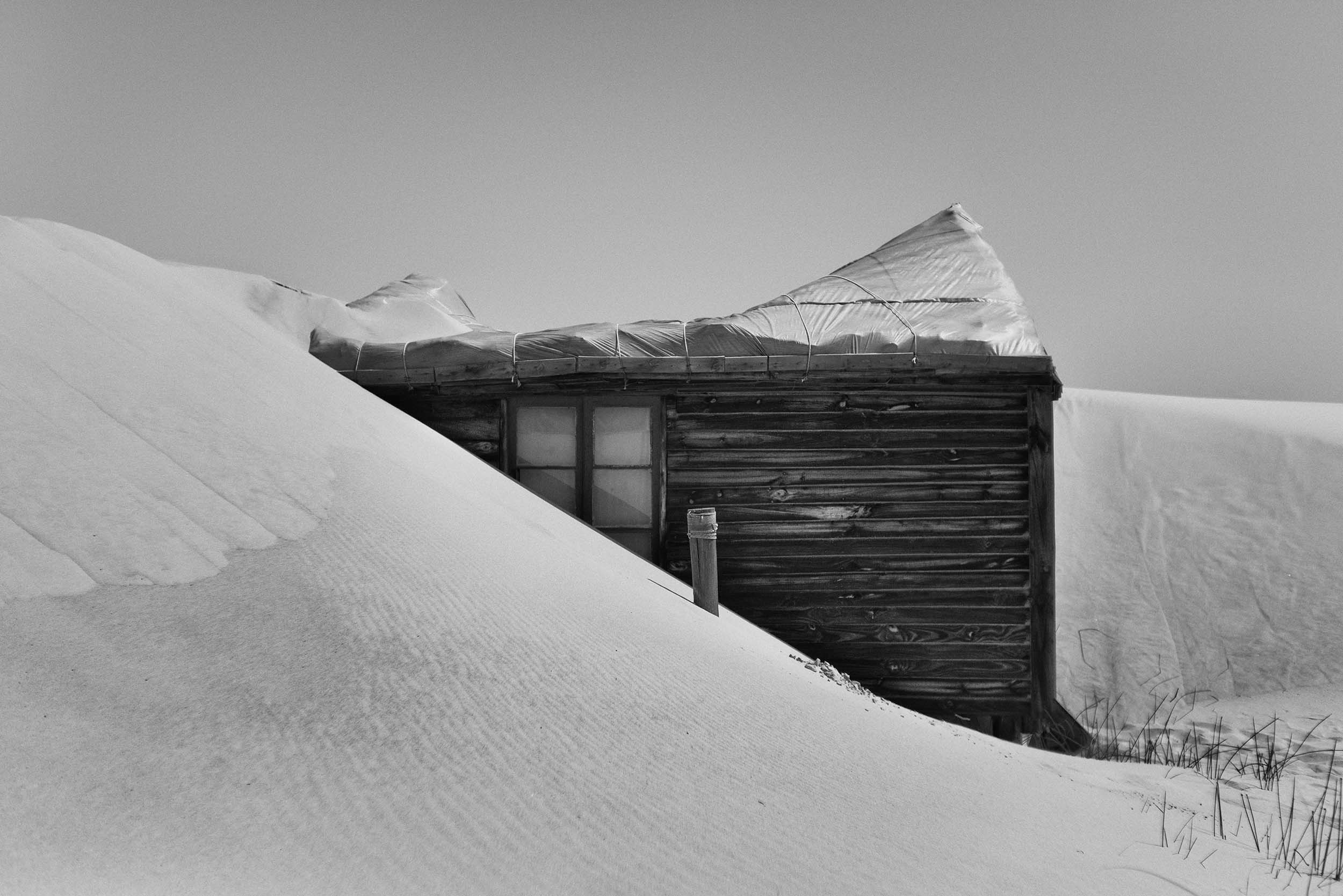 To shower, I mix one pot of boiling water with a half pot of potable well water and pour it into a can full of holes. I estimate doing this once during my two-week stay. 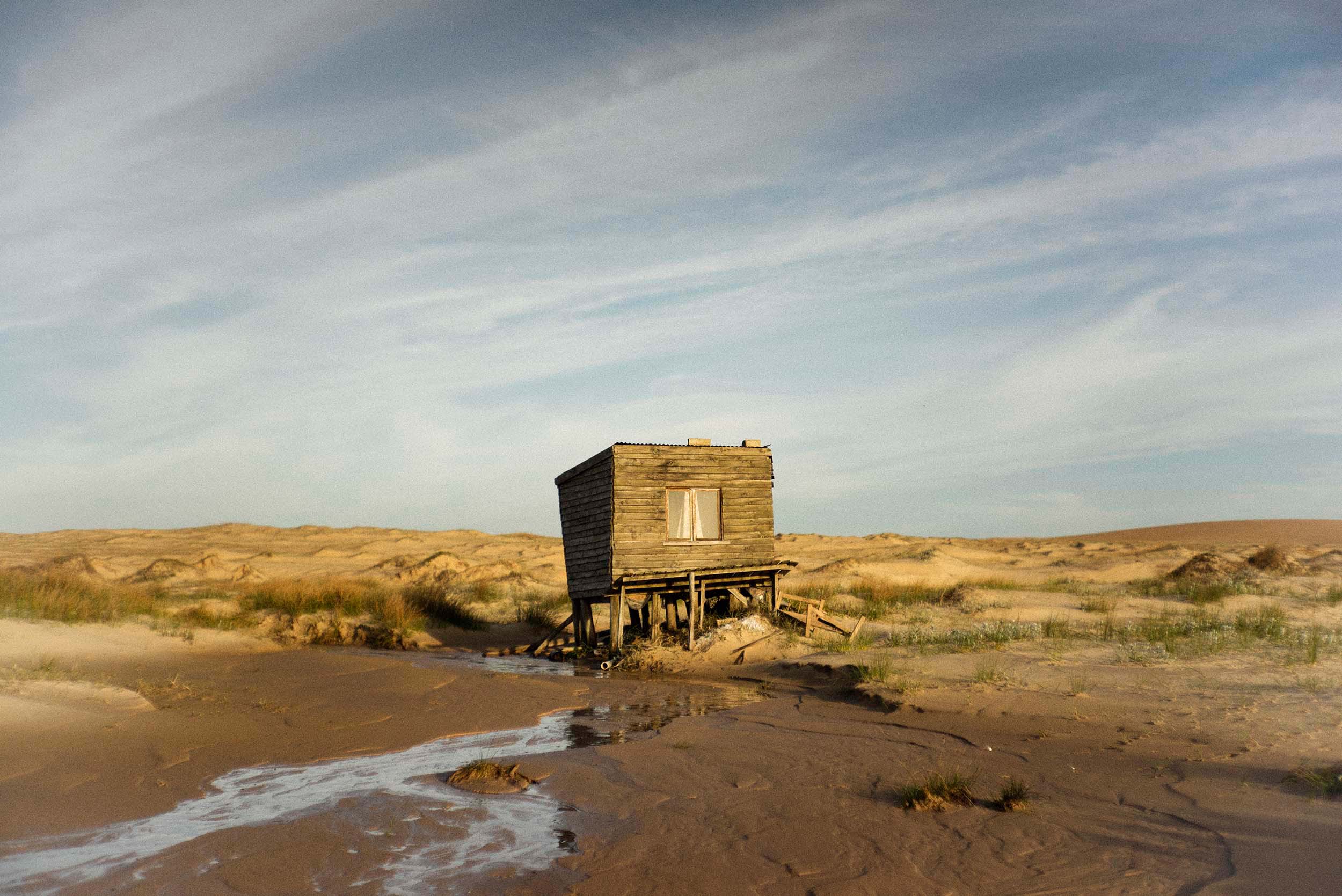 Willy tells me that my point of view comes from the blues. I tell him that makes sense, as it is the story of America. 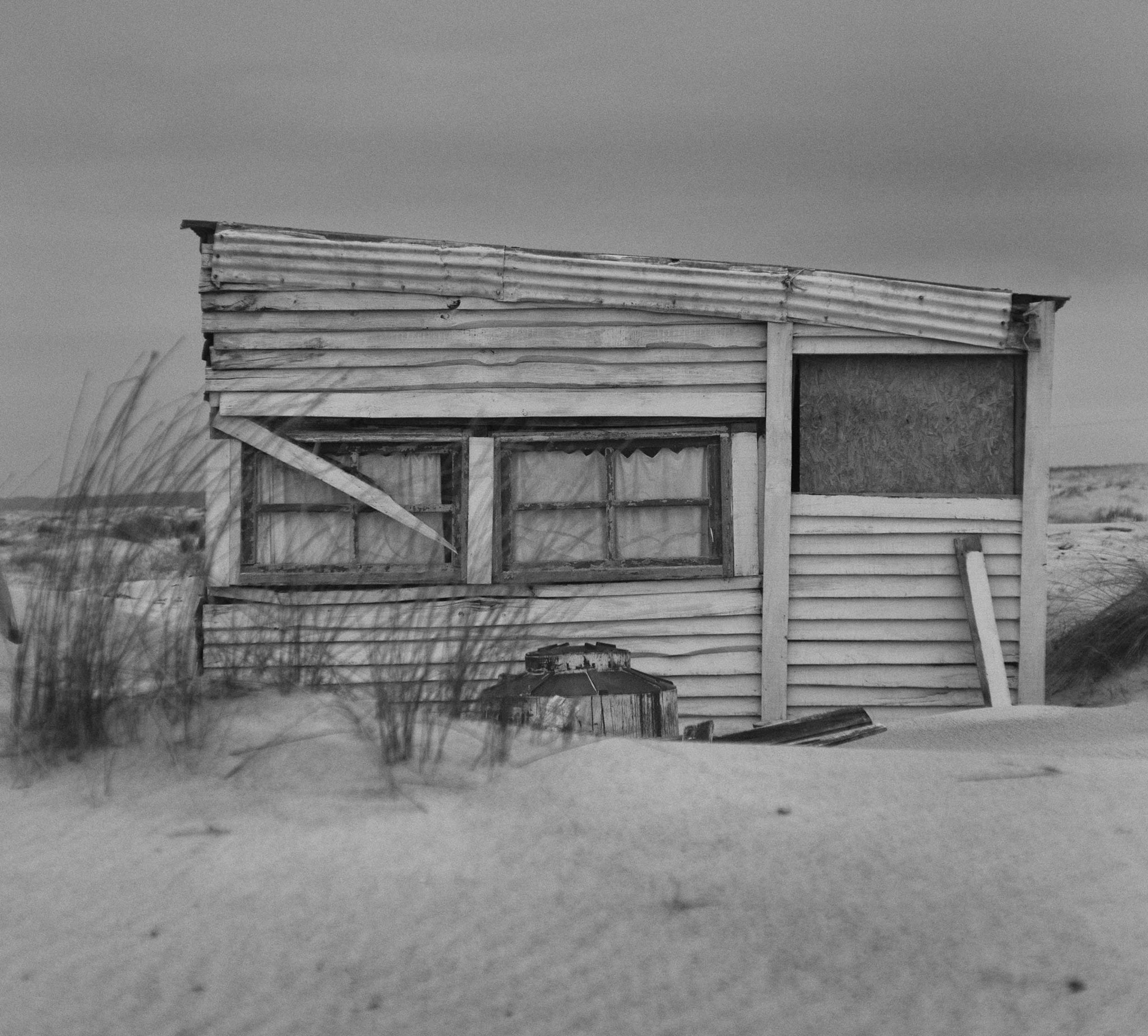 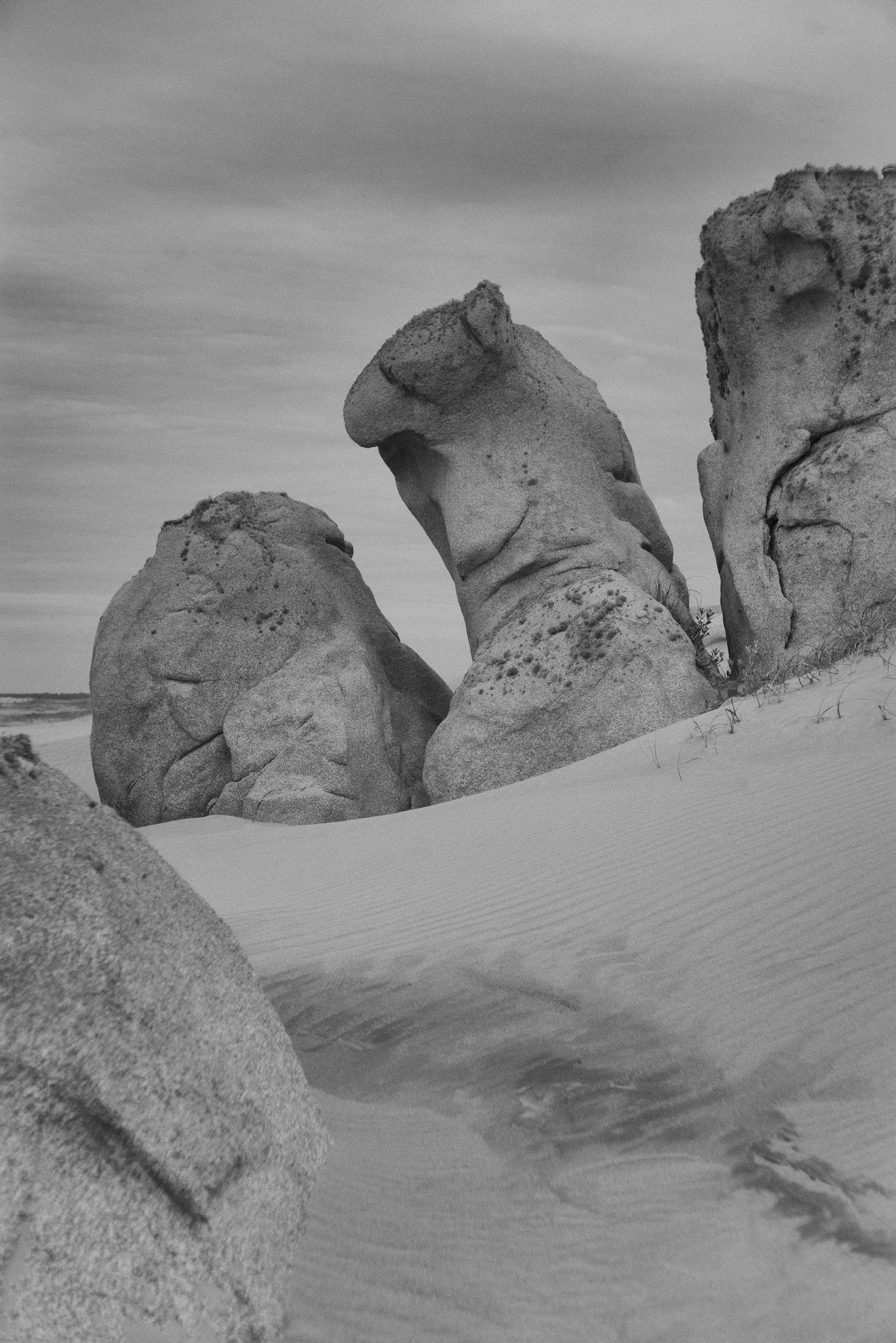 I am out of Camel cigarettes.
This place is as good as any to learn how to roll your own. 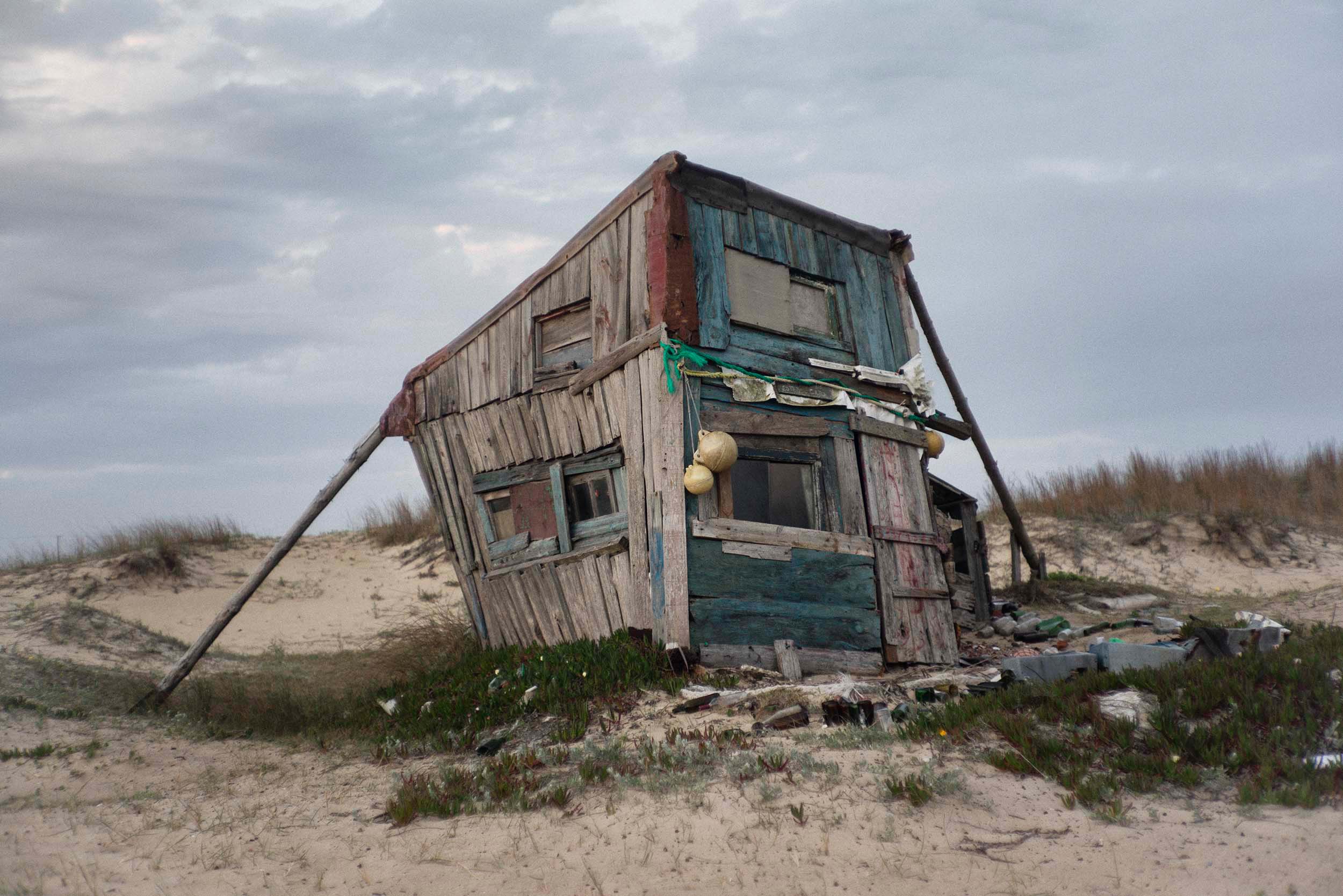 There is a grace in this place, stuck in time yet always changing. The landscape and homes change with the wind. Sand blows endlessly, rearranging the topography. The people cling to a romantic idea: there is more to this world than material possessions, and to live simply allows you to love more fully. I am heeding this landscape’s lesson.