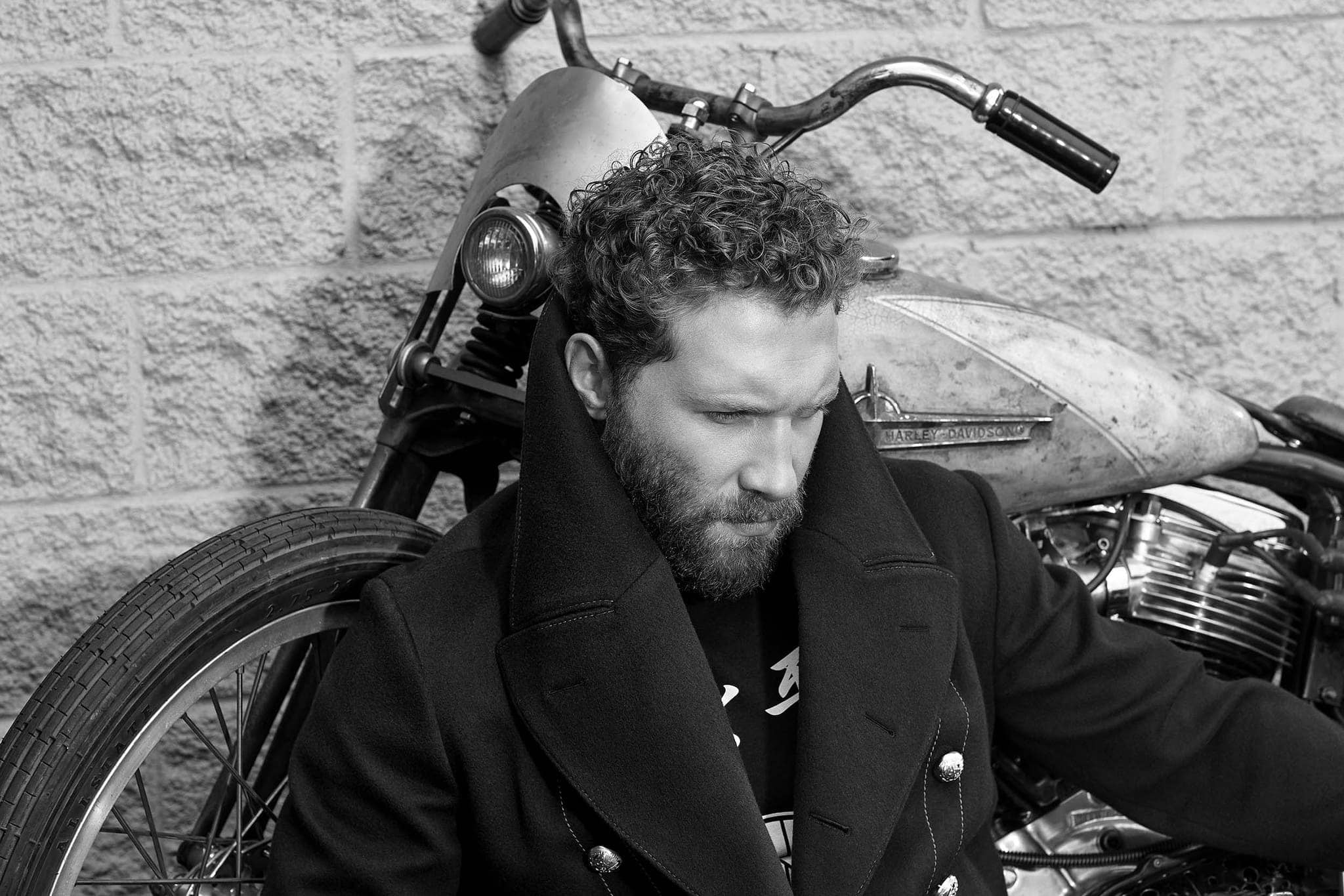 THE COLLISION OCCURRED EARLIER THIS YEAR at the intersection of near-death and self-destruct. Jai Courtney was going about thirty miles an hour on his vintage Bratstyle Honda motorcycle as he crossed Rampart Boulevard onto east 3rd Street. The other driver never saw him coming and hooked a left, causing the Australian actor to collide with the car, sending Courtney airborne.

From here, his recollections grow spotty, but the Suicide Squad co-star can tell you with some alacrity that there was no sound of screeching tires on asphalt to pierce the SoCal winter stillness; he never hit the brakes. Nor was there time for the fear of death to creep in or any kind of life-flashing-before-your-eyes moment of philosophical reckoning prior to impact. “I remember thinking, ‘Fuck! I’m having a motorcycle accident,'” says Courtney. “I remember the impact. I remember going weightless and going, ‘Motherfucker!’ I remember the sound. And I was so pissed. I was like, ‘This sucks!’ I just hit the side of his car — and fuckin’ woke up in hospital.”

Read the full story by Chris Lee in Issue 06 on newsstands now.