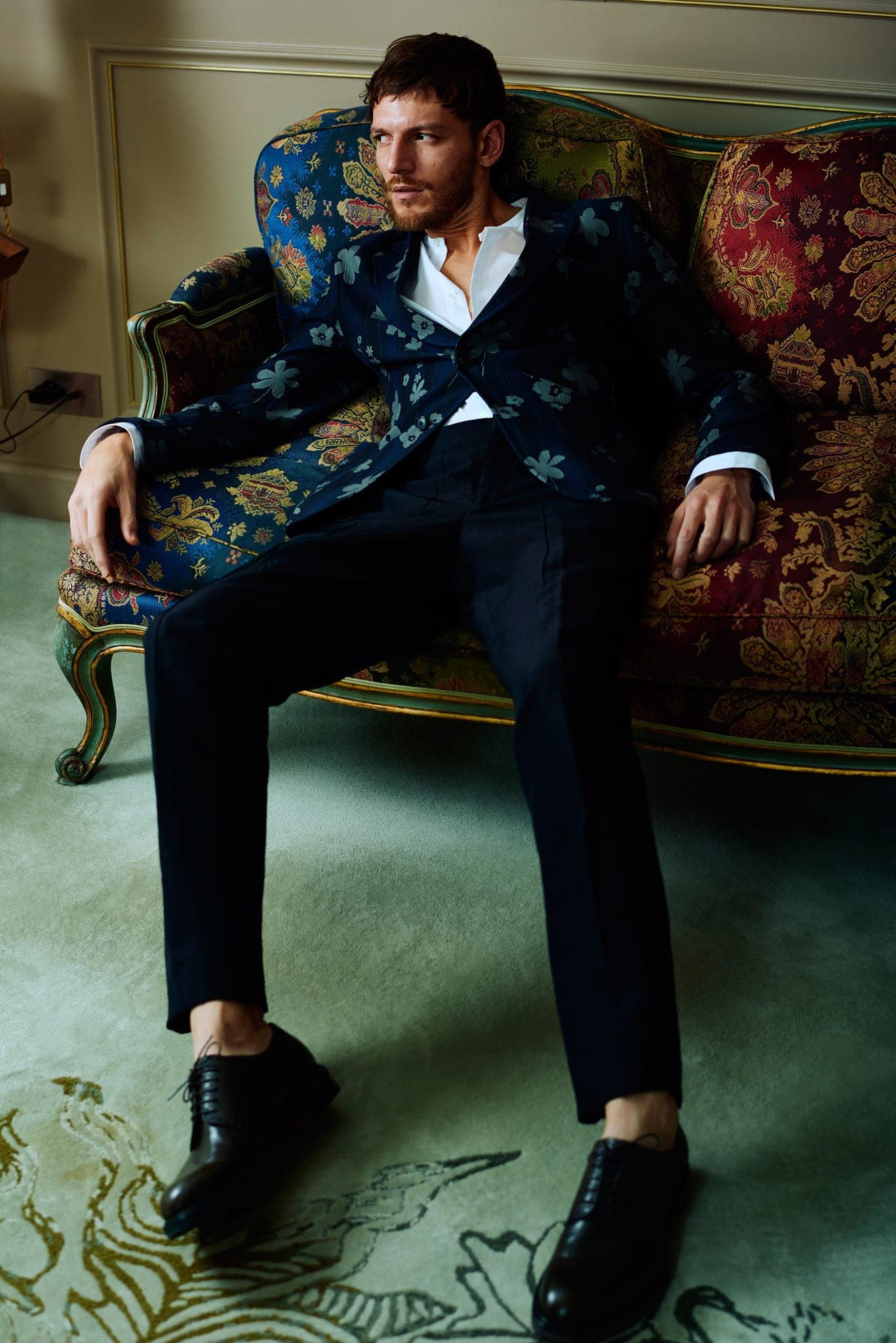 It seems like these days, to be the creative director of a storied fashion house, you have to hang around with Kanye, have a million Insta-pals, and refuse to give interviews unless you’re on the cover. You can still be a nice person, but keep quiet about it.

So imagine my surprise when, upon arriving at the Museum of Contemporary Art Warehouse in Chicago a few weeks ago for an event to celebrate Hermès’s new menswear-only website, Le MANifeste d’Hermès (manifeste.hermes.com), I was greeted by the small and smiling Véronique Nichanian. She wore a rather unassuming ensemble of jeans and Adidas sneakers, and I failed to detect anything remotely showbiz or celebrity about her. No security, no entourage, no attitude. Perplexing. It seemed almost as if she thought that the role of creative director was to focus on creating wonderful clothes.

Remember those days? Well, for many, they’re a distant memory. Our parents’ generation used to have a single job for life. Then it was a single career for life. Then it was multiple careers. Nowadays, it’s multiple, simultaneous jobs in different fields. Nichanian, on the other hand, has been with Hermès for twenty-seven years and is not contemplating a move. Once I recovered from her lack of celebrity trappings, we talked about the new website, the evening’s event (which was filled with clever and charming menswear-themed vignettes), her life as a designer—and she told me a secret. 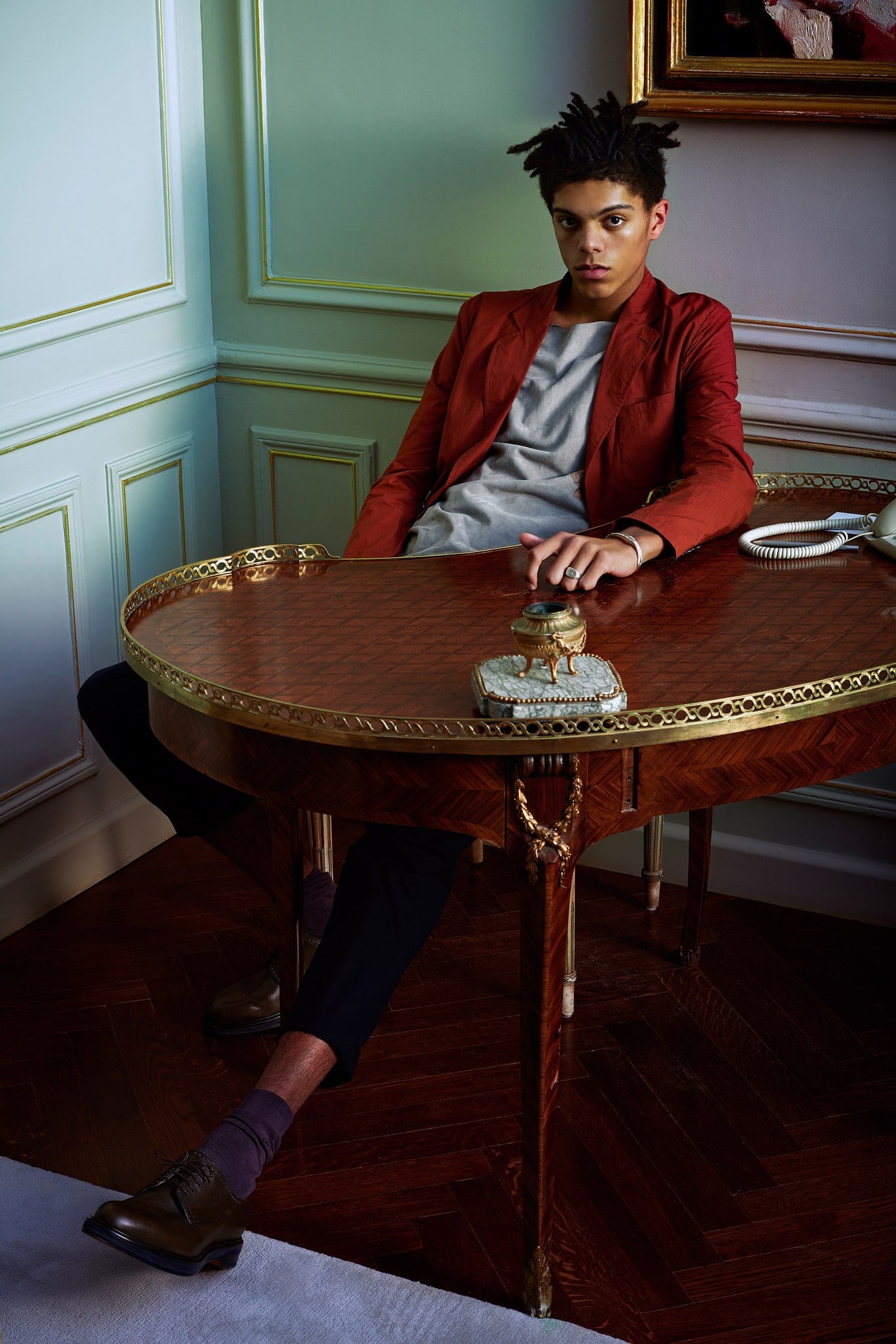 Simon Collins: Hermès is one of the most luxurious fashion brands in the world, so let’s start with what you find luxurious.
Véronique Nichanian: The idea of time. I try to do timeless clothes, and time is a luxury. Luxury in that you have to know exactly what you want to do in your life, and [how you spend your] time is the most important thing.

What feelings are driving the collection?
Humour and fantasy. They are part of Hermès and part of my character. I see people who are too serious and I think, Okay, let’s have fun; let’s talk of Serious Things but in a very light way. I’m crazy when I design—choosing the fabrics, and the small details—but at the end I want to make it very light and very pleasing.

How do you translate that into the collection?
Since the beginning, I have always included something completely crazy in my collections, like paper or a strange color. Having a twist like that can remind people, it’s only clothes. 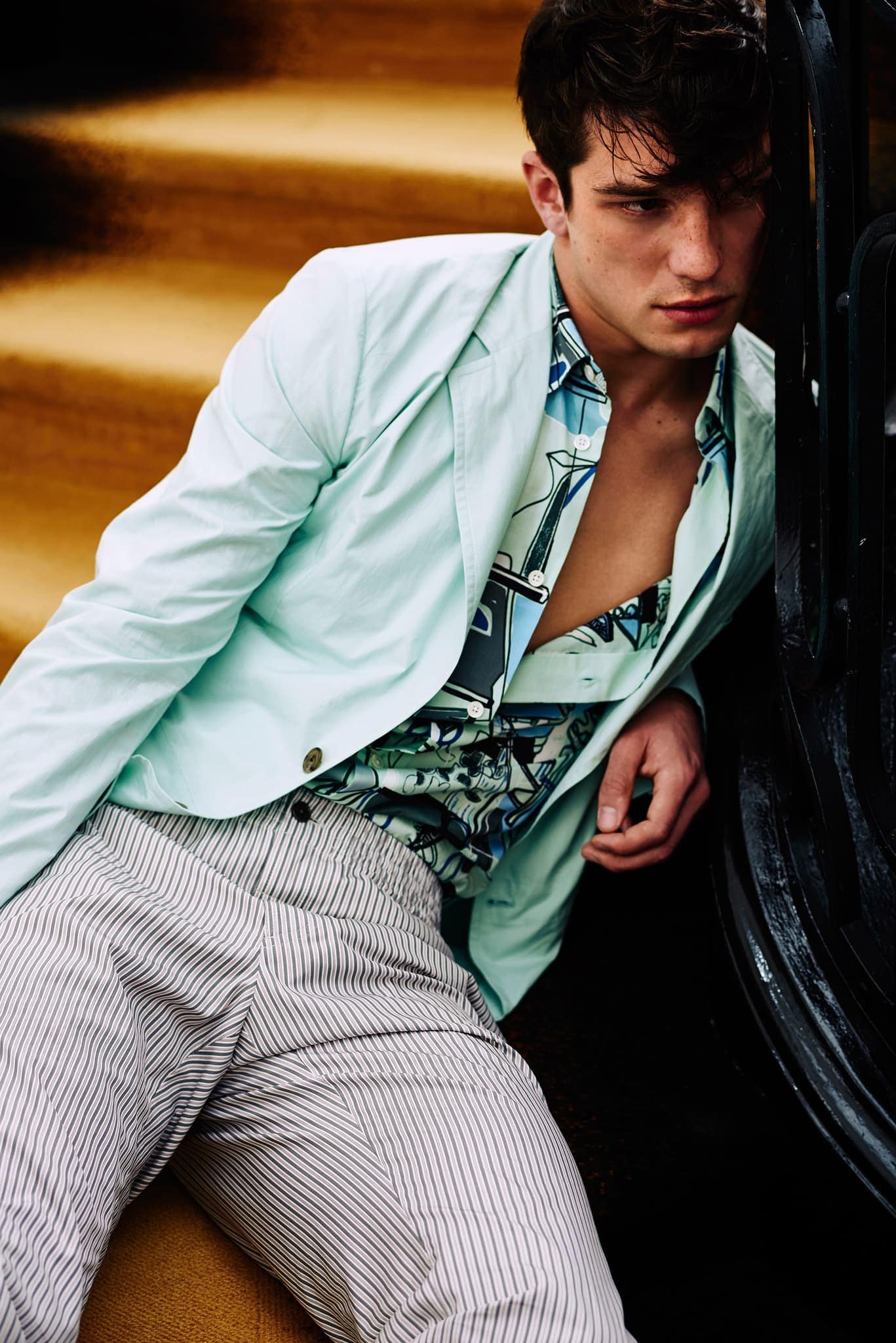 Let’s come to Hermès’s dedication to craftsmanship. I used to do menswear. I was fascinated by tiny details like opening cuff buttons and a pocket that, in the East End of London, they would put under the arm where you’d hide your cosh [a small blunt weapon]. I love all that.
And the small loops behind the lapel for the flowers, I used to do that. I’ve also been interested in innovation in leather. I’ve tried to push the limit—to print on calfskin, or to have no lining inside a leather coat. I also have sensuality in mind, like when you feel the calfskin inside your coat pocket. Nobody sees it, but you feel it. I like that. 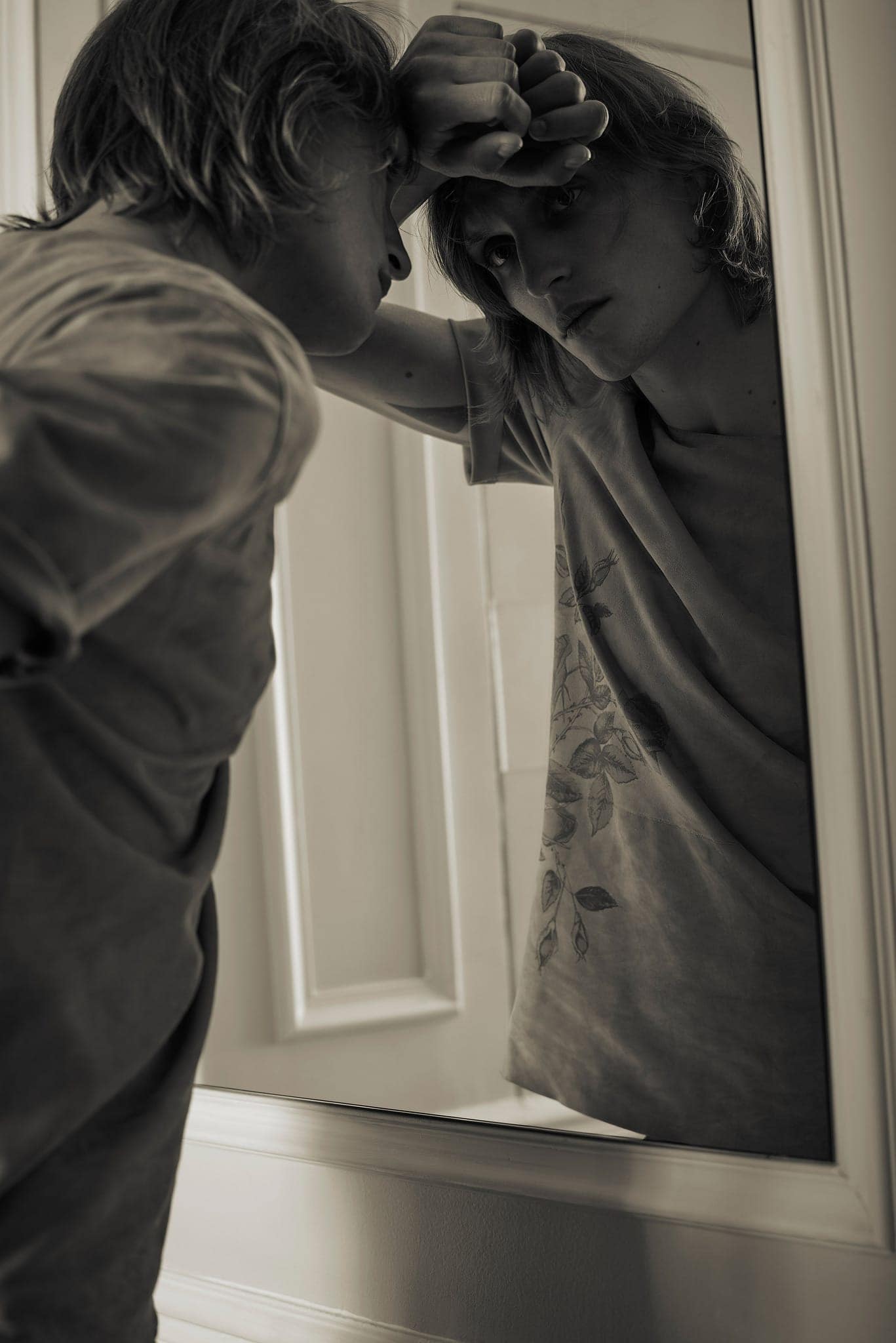 I’m interested in your relationship to technology. On one extreme, you’ve got technology allowing you to do watches with Apple, and on the other extreme, you’ve got sewing machines that have been around since 1790.
Innovation has been in the DNA of Hermès since the beginning. On one trip, Émile Hermès discovered the zipper on the roof of a car. It was 1921 or ’23. He then put it on an Hermès bag. So originally in Europe the first zip was referred to as the “fermeture Hermès” and not the “zip.” But also, I’m a very practical woman. When I design with my assistant, I say, “Okay, what is that for?” If there is no function, I don’t want it. Maybe it’s both a sense of reality and doing something fun and crazy.

The big news at Hermès is the Apple Watch partnership. What do you think? Are you going to wear one?
Yes, I will. I’m very excited. I think it’s interesting: the top of the innovation, and then with our talent. It’s a good marriage.

There’s a movement now toward sustainability. It’s one thing to see a garment and think, This is luxury. But if a company makes a luxury garment, and the workers were not well taken care of, that’s hard to see as being luxurious. What does sustainability mean to you?
I’m very conscious of this. It’s very important for me to know about everything I source. From the beginning, the people who don’t want to play that game, I don’t work with them anymore. It’s a serious point, because when you see children working in factories just to create big profits, it’s terrible.

That’s refreshing to hear.
But I think many people say that, but don’t do it, really. 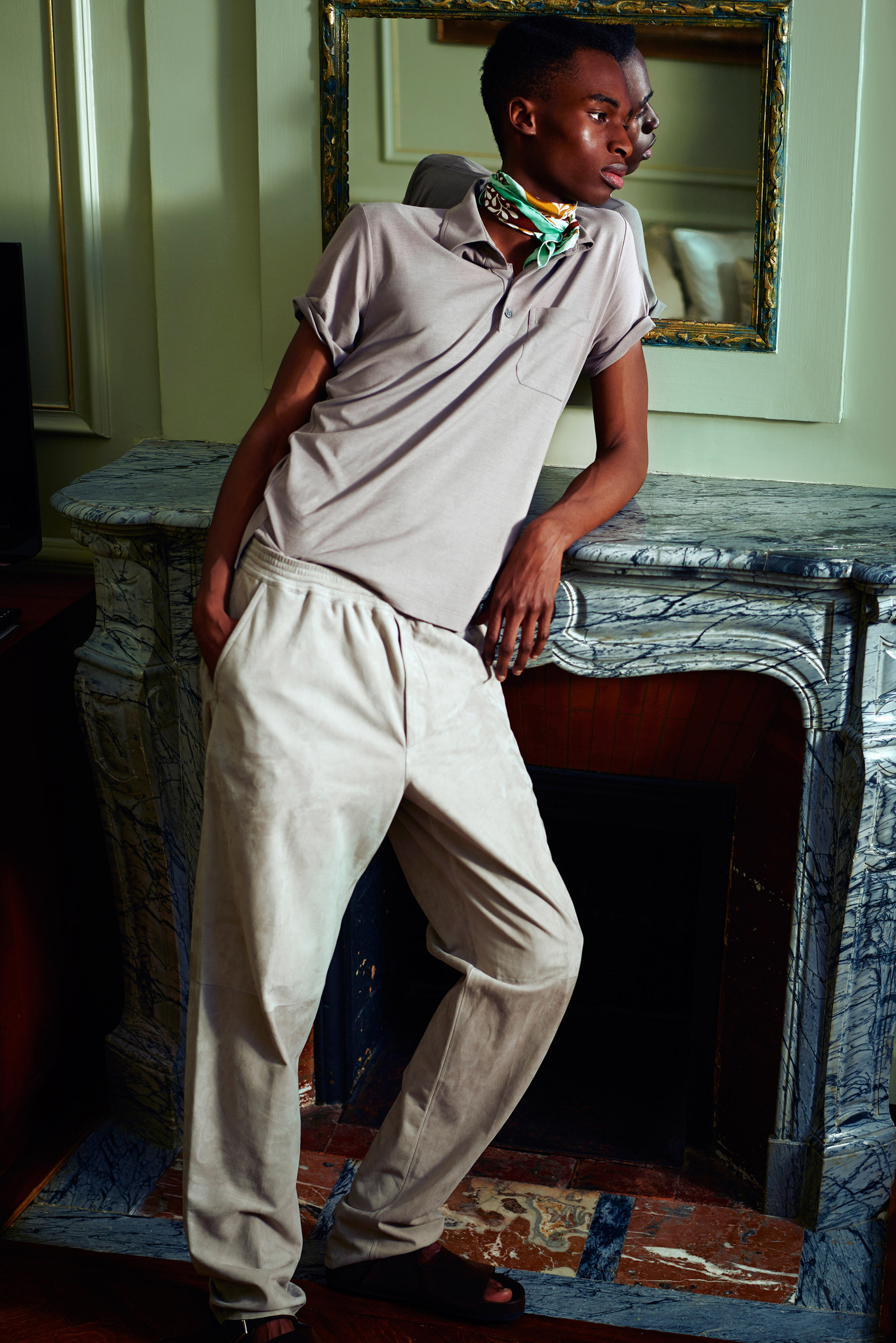 There are some really well-known designers who consider having to pay attention to sustainability as frustrating their creativity.
For me, it’s a moral point. It’s so easy to say, “Oh, it’s creativity, I don’t want to want to know where it’s coming from.” It’s not responsible.

Tell me about this exhibition, and the MANifeste website. The different vignettes, like the quiz show and the dancing on the treadmills, are not what you expect when you think of Hermès.
What did you expect? 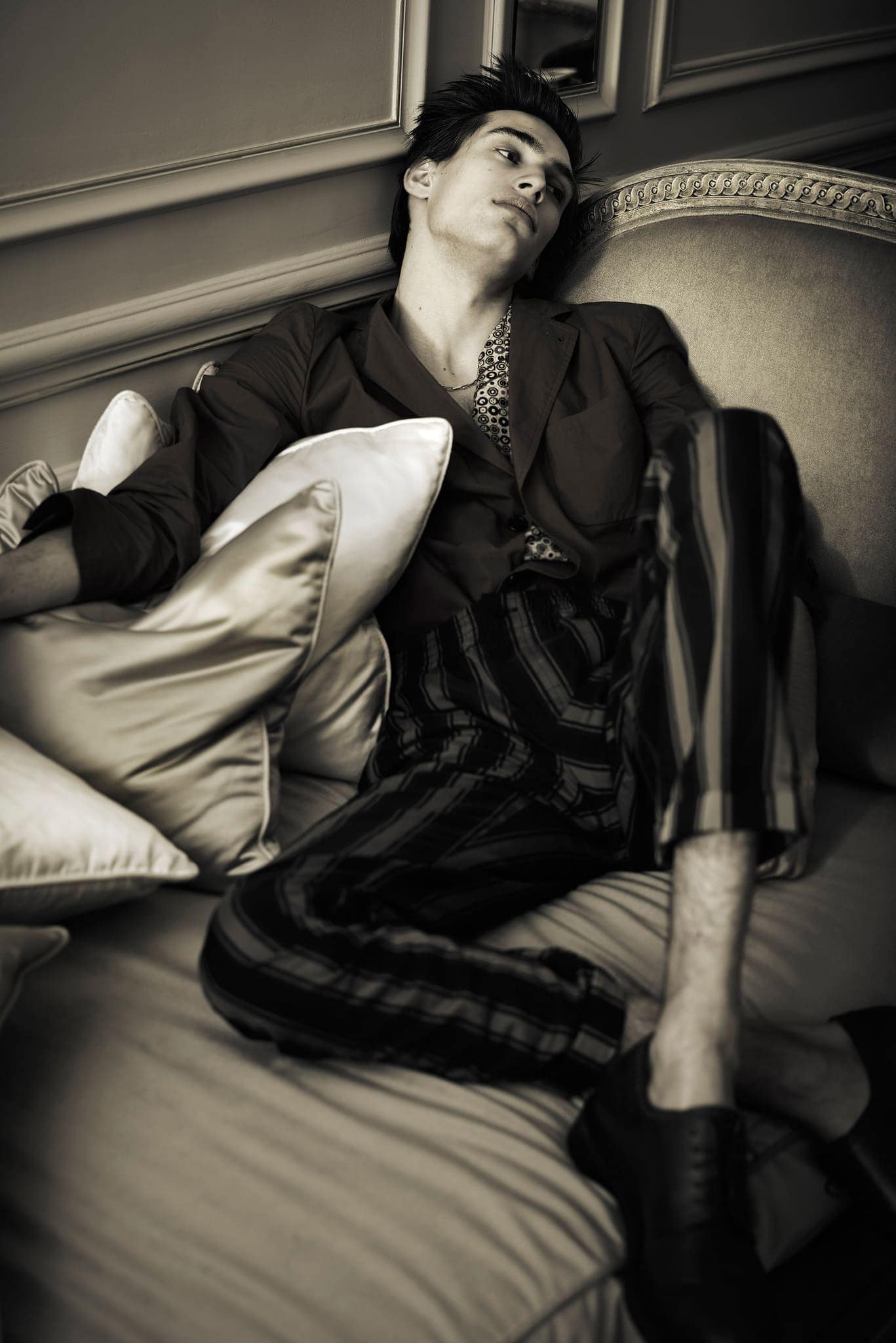 I suppose something more serious.
More serious … voilà. I’m very happy, because this is exactly the point. We want to surprise men. It was interesting to not have just another ad campaign. People have an idea of Hermès as serious and costly. There are men who never go in the store, and this website is a way to talk to them.

You’ve been at Hermès for twenty-seven years, and some of your colleagues have also been there a long time. That doesn’t happen anymore. What makes you stay?
It’s so easy—you know, it’s like being in love. When you’re happy, you stay with your partner. 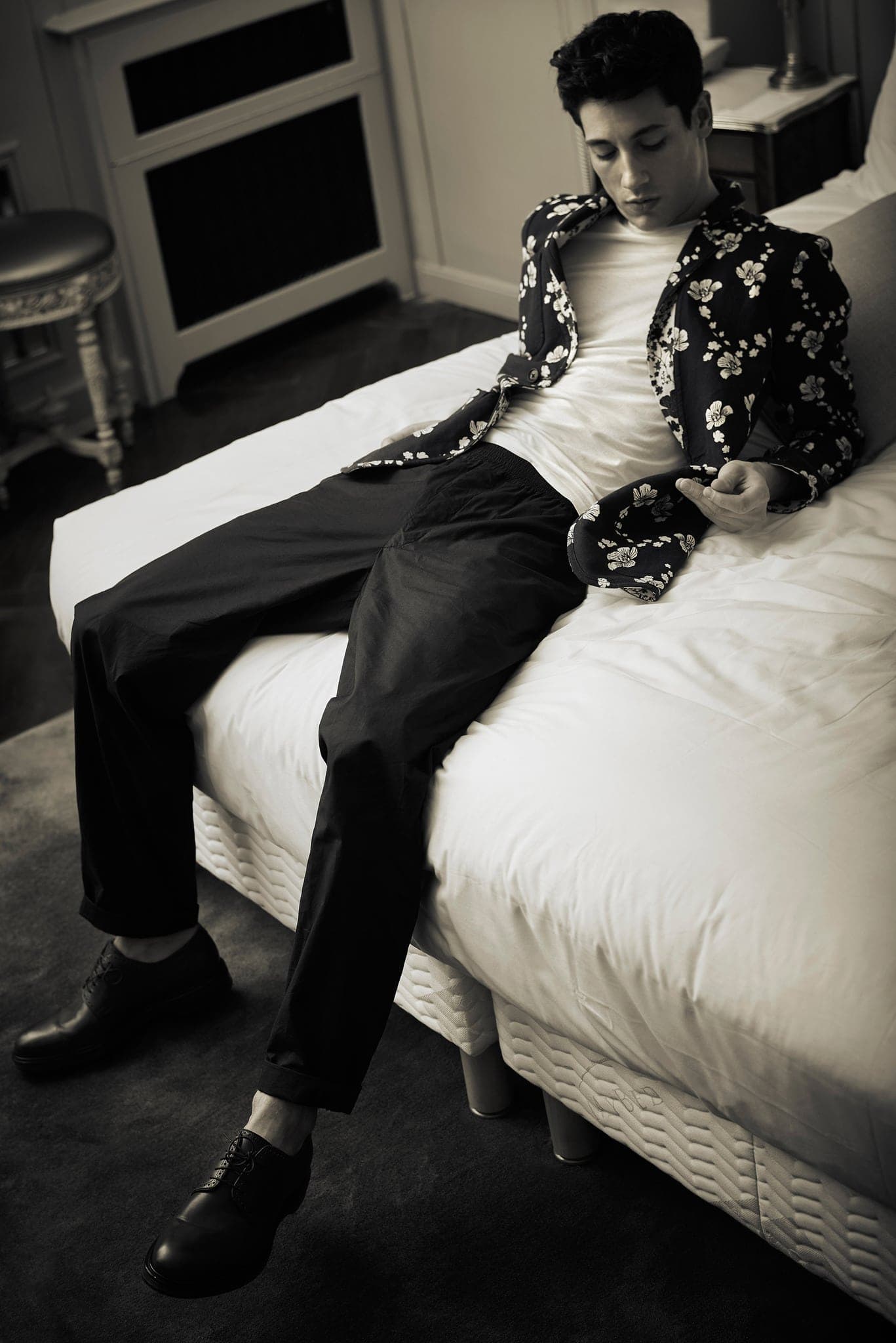 What about when the proverbial younger model comes along?
I’m not interested in the younger model. I think that at Hermès we’re like a family. The house lets you express completely your creativity. It’s a dream when you’re a designer.

All right, tell me a secret—something about you as a designer or about Hermès.
There is a beautiful garden on top of my office at 24, rue du Faubourg Saint-Honoré. If you pass by Paris, I promise I will show you this private garden. With apple trees and flowers. Really, you can’t imagine. It’s a miracle.