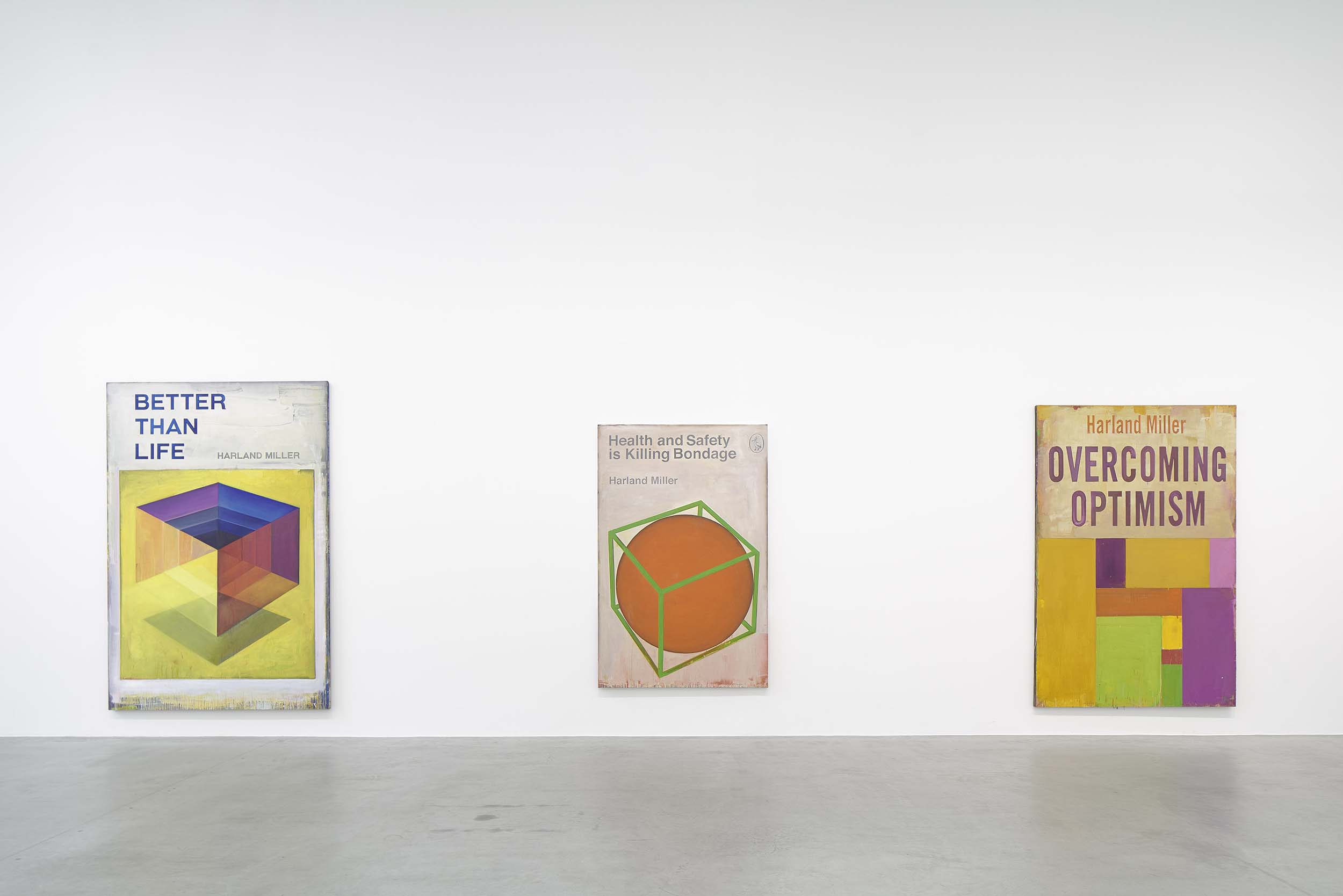 Harland Miller, Tonight We Make History (P.S. I Can’t Be There), 2016, Installation view, Courtesy the artist and Blain|Southern

In 2001, writer and artist Harland Miller began the first of what would turn into an ongoing series of Penguin and Pelican-inspired, large-scale paintings. Adopting the publishing house’s classic paperback format introduced in 1935 by its first manager of production, Edward Young, Miller’s works echo Young’s avant-garde dust jacket design while foregrounding text that is as unsettling as it is comical. As with his painting, This Is Where It’s Fuckin’At, At Least It Used To Be (2012), Harland’s caustic titular aphorism sits between Young’s ubiquitous horizontal bars, flanked by a black and white penguin and oval caption cloud.

Miller’s works are often rough in composition, with the paint he employs smudged and left to drip down the length of the canvas itself. These distressed elements evince both a worn quality and a certain dreariness to the works. For Harland, the milky washes and streaks are meant to evoke the wet, coastal regions of his native England.  And yet, just as they possess a gloomy touch, Miller’s works are wickedly playful. With mordant titles and nuanced alterations of popular idioms (“Health and Safety is Killing Bondage” or “Hate’s Outta Date!”), Miller’s work calls to mind other artists who incorporate text-based imagery, especially the likes of Leslie Holt and David Kramer.

Read the full article in Issue 06 on newsstands now.