Friederich Kunath’s art may seem comical, but the joke’s on you 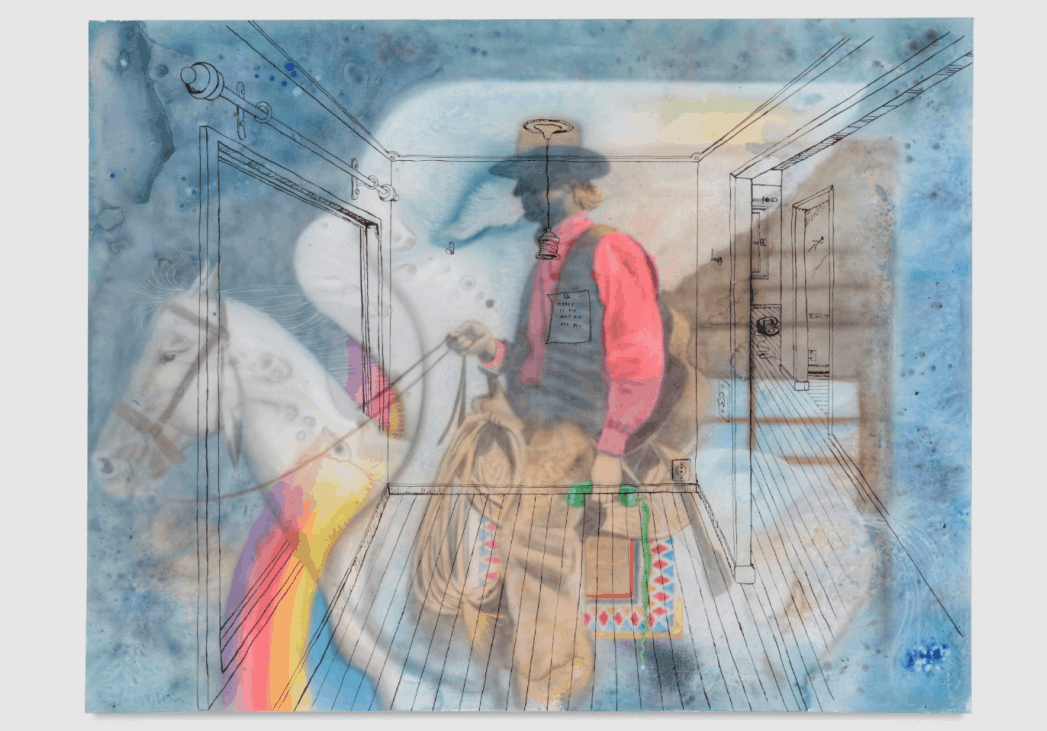 Above: We Are Due For A Transcendent Moment (Cosmic Cowboy), 2016

Describing Friedrich Kunath’s art is like depicting the artist himself—it is summarily defiant. Part-trickster, part-romantic, a by-product of Soviet-era East Germany who traded his hometown of Chemnitz (née Karl-Marx-Stadt) for the heart of capitalist mythmaking (née Los Angeles), Kunath happily embodies the role of a modern day peripatetic court jester, one whose punchlines are as much a jab at popular culture as they are not-so subtle commentaries on his own audience. In that sense, Kunath’s German heritage isn’t so far from him. German children grow up hearing tales of Till Eulenspiegel, an itinerant vagrant of late Medieval folklore who travelled around playing pranks on unwitting subjects to expose their vices and hypocrisy. To say that Kunath is Eulenspeigel’s contemporary is perhaps not all that far off. “If you have the perspective of turning your life into a cartoon, which is the grotesque,” Kunath says, “I think it becomes more of a play, and that, I think is something enjoyable.” Here, Kuanth discusses the role of melancholy and absurdity in art, a fragrance called “Liquid Ass,” and his bromance fanboy admiration for Roger Federer. 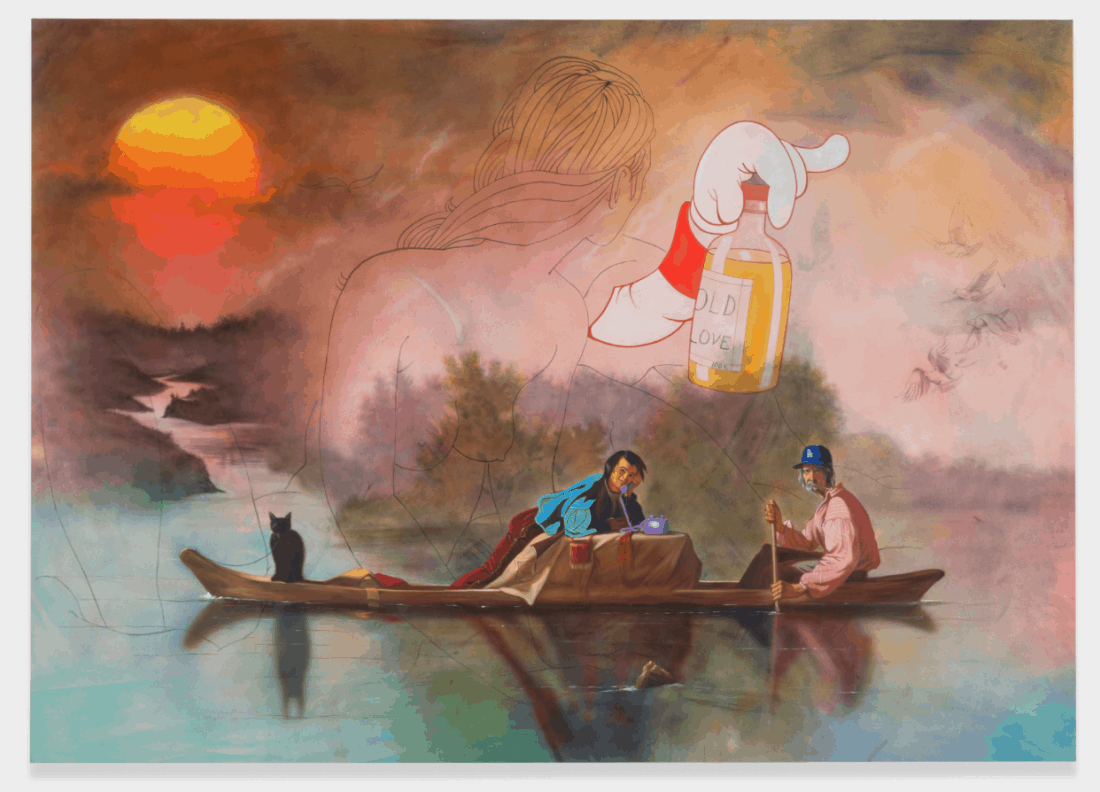 Erik Rasmussen: I found this poem from Bertolt Brecht, who spent some time in Los Angeles as an exile from World War II. In part, he writes: “The city is named after angels / And you meet angels on every hand.  / They smell of oil and wear golden pessaries / And, with the blue rings around their eyes / Feed the writers in their swimming pools every morning.” I wonder, as a German exile living in Los Angeles, how would you describe the City of Angels?Friedrich Kunath: I still think this place has the built-in empty promise that it always constitutes. There is a weird reason why Germans love LA. There’s, I think, this heavy German trench for an exile. We are raised in our DNA with so much elegy and existential angst, that once you come into a place like this, where everything seems to be so easy, these two worldviews collide.

ER I know you’re a tennis nut, so a question for you: who’s the best tennis player in your mind? Boris Becker for the home team?
FK No. Always and forever it will be Roger Federer. I would lick his feet. I would! I pretty much would do anything for this guy.  I’ve met him—I was shaking and in awe, because he is an alien. For everything he does is not even anything remotely of what a human can do. And he’s the nicest guy. You know, there’s people that are nice. But he invented nice, in a way. So, yes. Absolutely Roger Federer. I’m a huge fanboy.

ER What is the most German thing about you?
FK Maybe there’s two things. I think that the kind of tyrannical self doubt that eats you up will never leave me. You obviously try to get rid of it. You try the Californian sun to burn it away. But it just only can do so much. So it’ll be always there. Which is, you know, it’s a good recipe against self seriousness.

ER But then on the flip side, are you really in love with melancholy?
FK I mean, then we’d have to talk about what melancholy is in 2018. You know, there’s this German word, elegie.  Maybe it means the beauty of the tragedy. Or the beauty of suffering. Suffering is a bit hard. But there is a perverse element in listening to a sad song and enjoying it to a point where it consoles you.

ER You are fascinated by scents, smells, fragrance. Doing my research, I read about a the Onge tribe of Little Andaman island near Bengal. Apparently, they use smell as the model for their cosmology. Their concept of a life force, and of space and time, are scent based. For them, scent is fluid and it varies with the seasons. What is so important to you about scent in particular?
FK Pretty early on I came to realize that perfume is not something that is there to decorate yourself for the others. It’s like a time travel device transporting you to a place—this is the power of scent. It hits you with a hologram of the past, of people, feelings, etc. Much later on, I began to invite it as an invisible sculpture, into my practice as an artist. Because it’s a pure hologram: it can lead you to recall the most minute details, say the sweater of your first girlfriend when you were 16.

ER So what is the most disgusting thing you’ve ever smelled?
FK It’s a prank spray called “Liquid Ass.” Apparently two American guys in some barn made this. I saw it on Amazon and ordered it. It’s a little bottle. And, I kid you not, I’ve never met anyone in my studio, where I have it, that didn’t gag and run out. Of course it’s incredibly funny because you can be 14 again.

ER What is the most beautiful thing you’ve ever smelled?
FK Night blooming jasmine in LA. The skin of my daughter, obviously. And I think a fresh bloomed Neroli tree.

ER If you were to make a fragrance inspired by Los Angeles, what would the top notes be?
FK Dust, Neroli, smog, and ozone.

ER What is important about art today?
FK I think it’s the beginning and end of everything. Without it, we wouldn’t live. Art is my general and I’m basically a soldier for it—I just report back to art. That’s all I do. 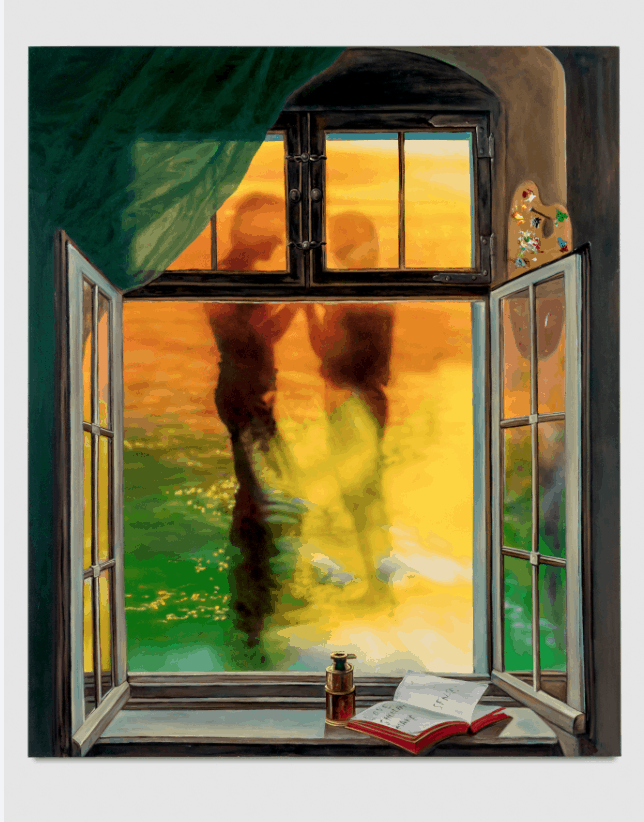