AND ONE YOU PROBABLY SHOULD HAVE 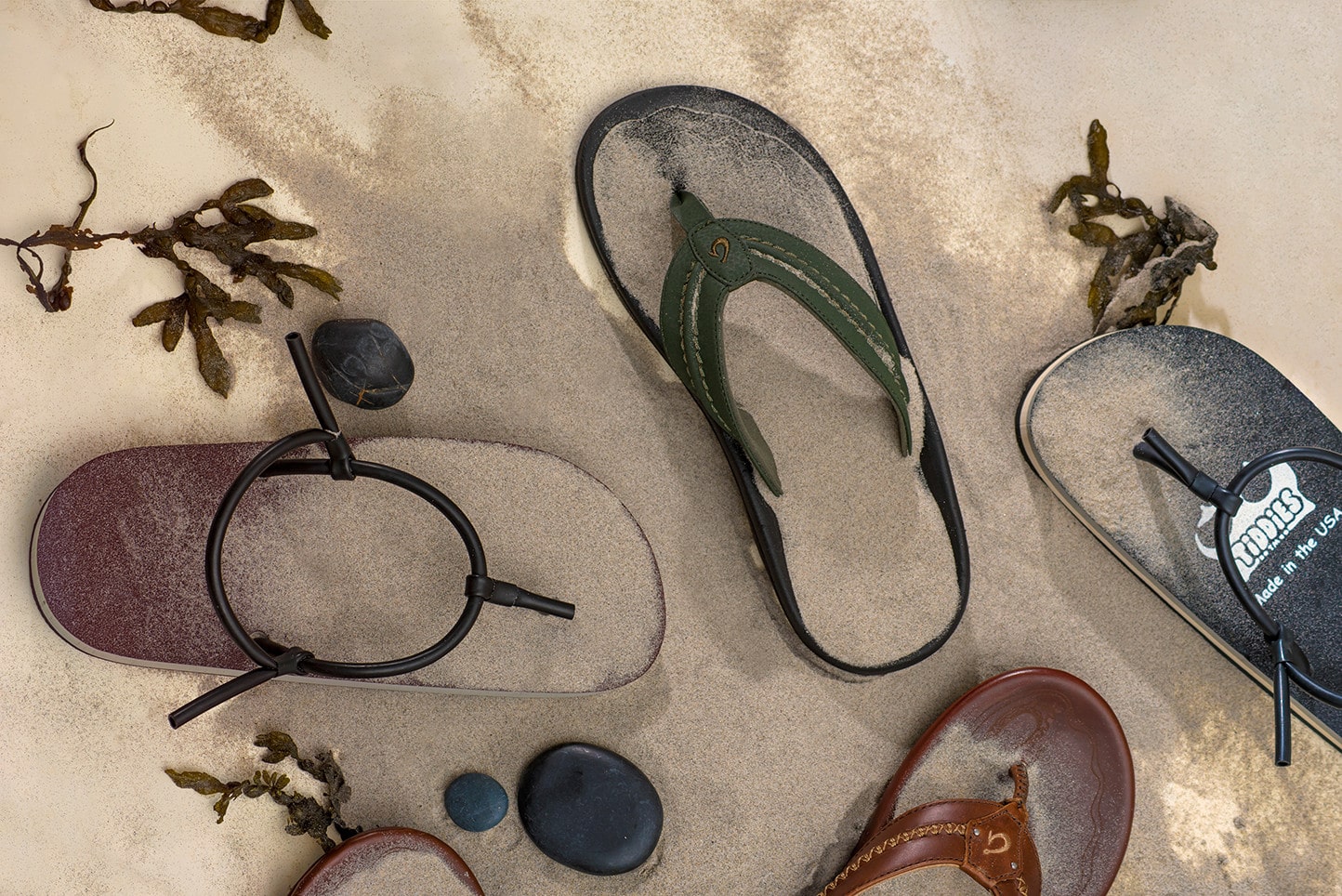 For as long as I can remember, whenever I look down, there have been tan lines crossing my feet. They’re not from an occasional weekend at the beach or from a balmy summer Saturday in the city. They are the kind that, no matter the season, are highly visible—that half-inch wide, ever-present “Y” shape. It’s permanent, like a tattoo.

I’m a flip-flop wearer. As a teenager, I fell upon a drugstore version of what would become my preferred footwear and felt a need to buy them, instead of the cigarettes I’d intended. I was influenced by the photos of surfers in California I’d seen, and felt flip-flops were a necessary part of a lifestyle I wanted to emulate. I didn’t realize it was the beginning of something that would grow to become, literally, a part of me. Flip-flops and I have a thirty-five-year history together. I wear them with shorts and with tuxedos. I wear them where appropriate, and often where it’s inappropriate. I get odd looks and laughs. I’ve been tossed out of clubs and denied entrance to restaurants, inevitably to find my way back in if it means buying a cheap pair of shoes nearby. Then the shoes come off, the flip-flops go on, and I proceed with the night. I use surfboard wax on the foot- bed when it’s raining, warm water wax when it’s hot, and cool water wax when it’s cold—appropriate grip for the weather is paramount. And I clean them with Chief Firewater surfboard wax remover (I clean almost everything with Chief Firewater). If it works on surfboards, it’ll probably work on flip-flops.

The origins of flip-flops are fuzzy; some history points to the Egyptians, and as early as 1500 BC. Their popularity in Western culture is also a speculative matter. The modern flip-flop may descend from the Japanese zori, which were brought to the US by soldiers returning from the Pacific during World War II. There are, however, photos from Matt Kivlin and Joe Quigg, two surfer/shaper/photographer pioneers from the thirties, that suggest their existence in America, and their growing popularity, was earlier.

I wear flip-flops with shorts and with tuxedos. i wear them where appropriate, and often when it’s inappropriate. i get odd looks and laughs

Regardless, the question remains today: Which flip-flops are right for me? Here are some suggestions.

Astrodeck, owned and operated by the Fletcher family—considered one of surfing’s “first families”—was originally developed as a urethane nonslip coating for surfboards in 1975. Herbie Fletcher, the patriarch of the family, bought the company and its only product in 1976 and quickly developed the spray-on technology into a peel-and-stick version, then progressed into making flip-flops from the material. With a considerably wider footbed and unrivaled traction, the Multi-grid EVA with a leather strap is as good as they come. If you want the feel of your surfboard on your feet full-time, this is the way to go.

Staying in the surf world, the elusive Pyramed slipper, sold exclusively at Surf N Sea, one of Oahu’s oldest and best surf shops on the north shore, is a must-try. The shape is as the name suggests: from sole to footbed, it’s a pyramid. Pyrameds are comfortable and highly versatile. The look will take a bit of getting used to if you’re a minimalist of any sort, but once they’re broken in they will become your go-to. Word of advice: if you see them available, snatch them up—they go fast and get waitlisted far too often.

Sometime around 1973, legend has it, a couple of kids were helping their physician father build a sailboat in their barn in Houston, Texas. They strapped hard-density foam to their feet with stethoscope tubing and voilà, Tiddies Sandals were born. Before long, surfers and beach bums were lining up to buy them. I found my first pair of Tiddies in 1981 in a surf shop in Panama City Beach, Florida, and I’ve been a fan ever since. There is no comparison to comfortable, lightweight durability in a flip-flop, and the name and logo always get a double take … and a smile.

two boys with a long family history in footwear and shoemaking. If you’re looking for minimal style that fits on narrower feet, Tidals are for you. Their new vertical factory, about an hour outside New York City, looks more like a laboratory than a shoemaking facility, and it produces some of the finest quality and well-crafted flip-flops I’ve ever worn. Their proprietary sole and manufacturing process avoids “rubber stamping,” the norm in flip-flop making. The latter brand, Foot Flop, was designed by a couple of friends in Jackson Hole, Wyoming. While sitting too close to an open fire one evening, their flip-flops were slightly molded to their feet, and wound up fitting better. This chance happening lead to an innovation: a flip-flop you bake in the oven and allow to cool on your feet while it molds to your unique shape. It works, it’s comfortable, and, damn it, I wish I’d thought of it.

OluKai, the brand you should’ve heard of, is approaching its tenth anniversary. Founded by Hawaiian natives Bill Worthington and Matt Till, OluKai is at the top of the luxury flip-flops. If Rainbow Sandals are the Cadillac of flip-flops, then the OluKai Mea Ola is a Ferrari. Made with full-grain leather uppers and a patented pod insert rubber sole, the Mea Ola break in like a bench-made English boot and become, quite possibly, the most comfortable thing you will put on your feet.

After all, if you choose to wear flip-flops, don’t count out the drugstore brand. That’s how it all started for me, and … I went back for the cigarettes. 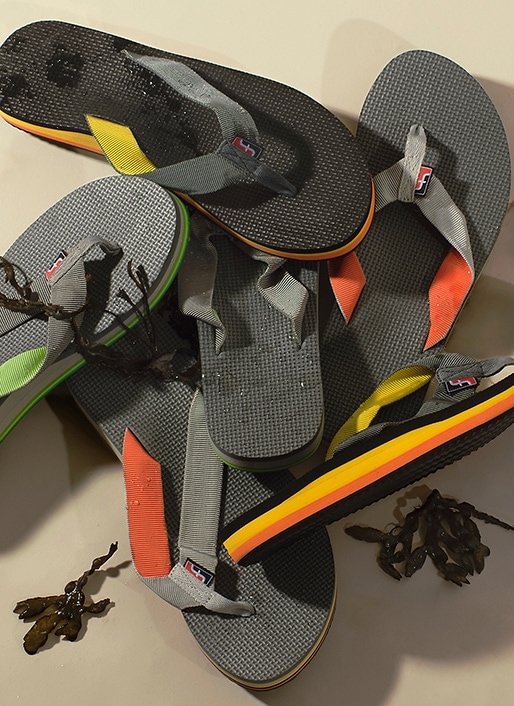 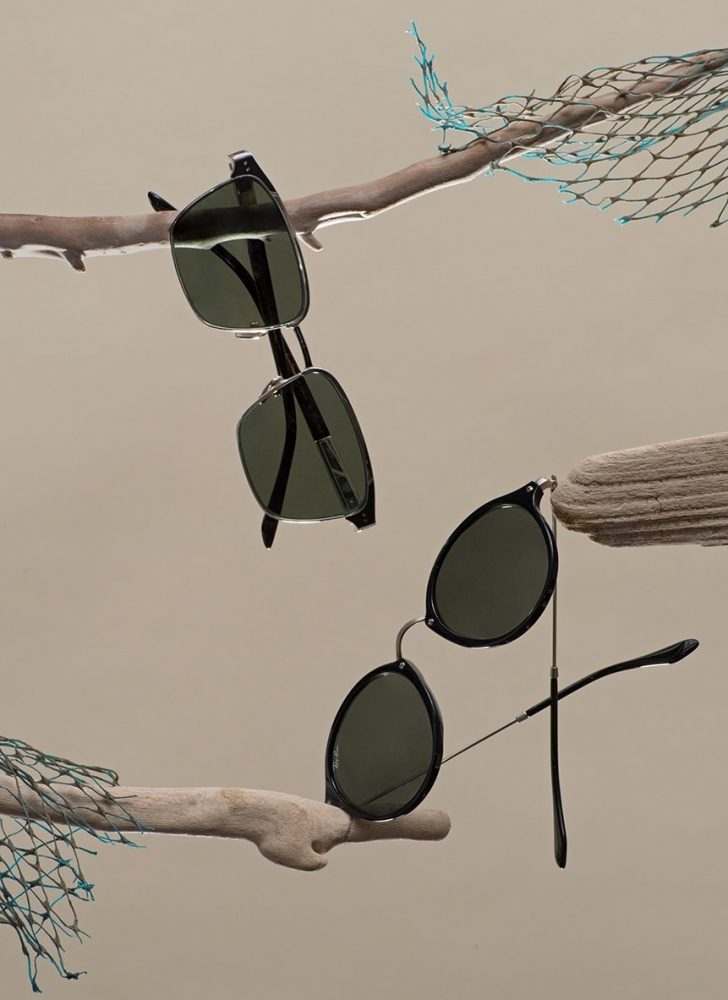 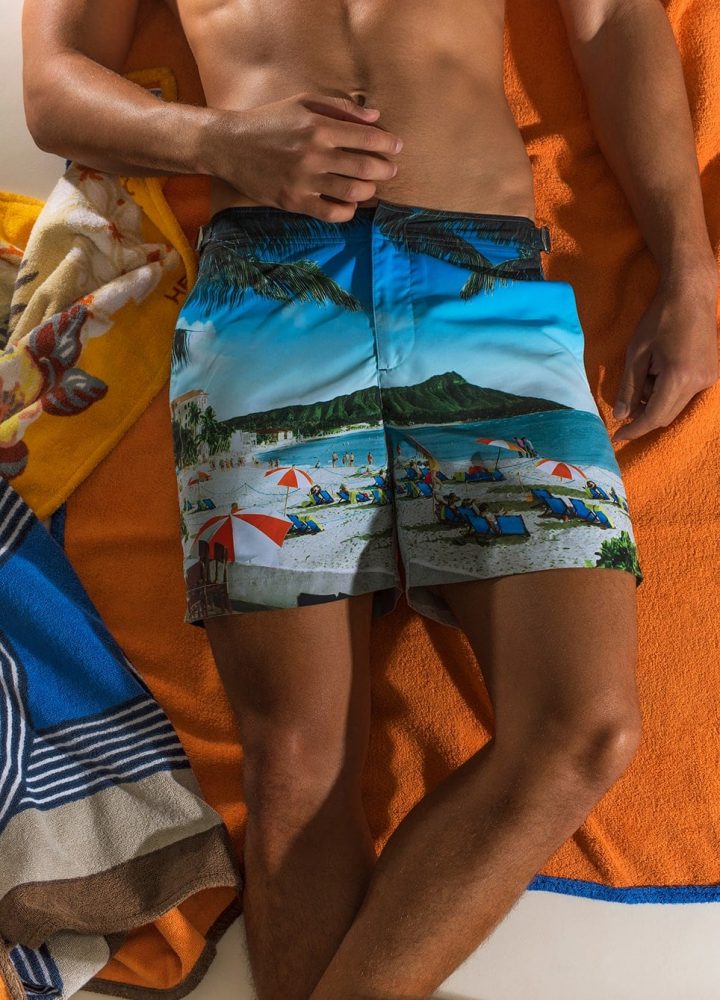 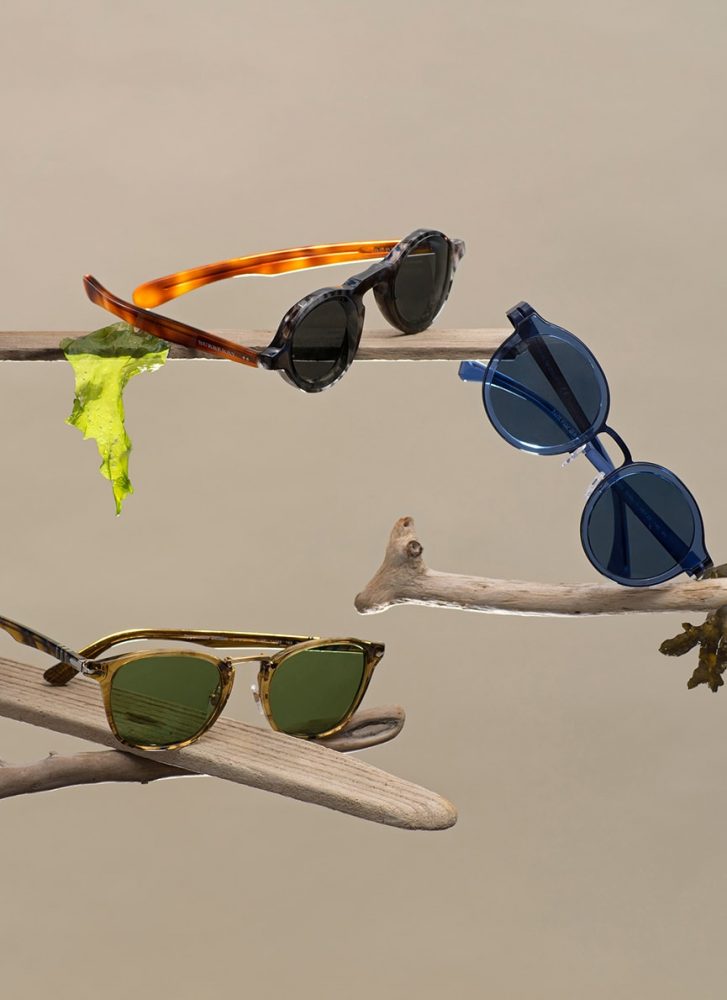 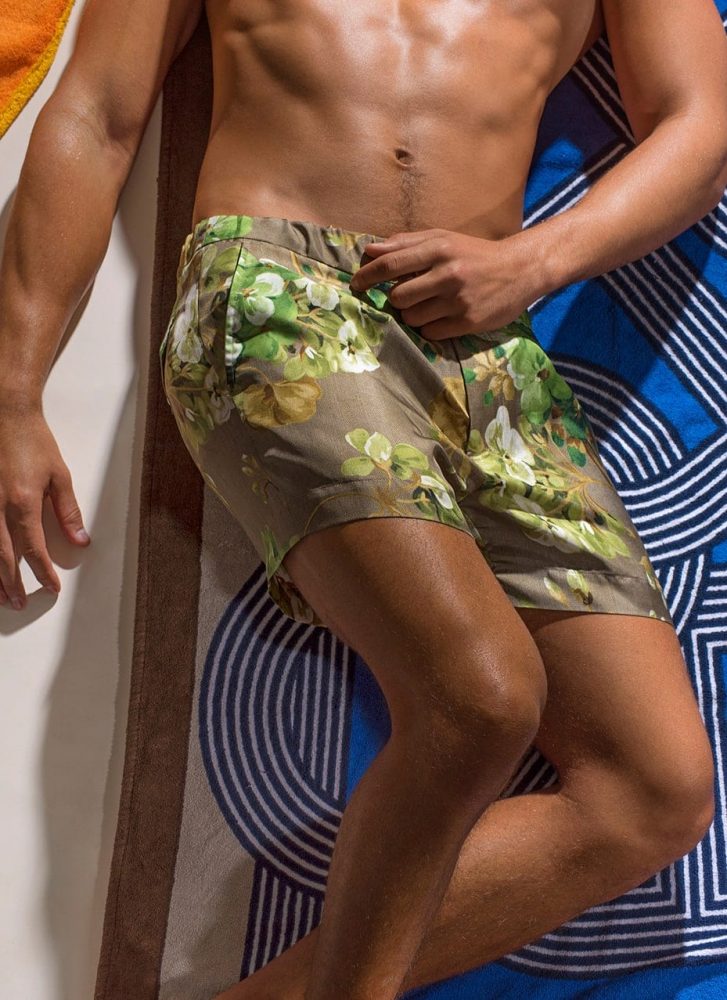 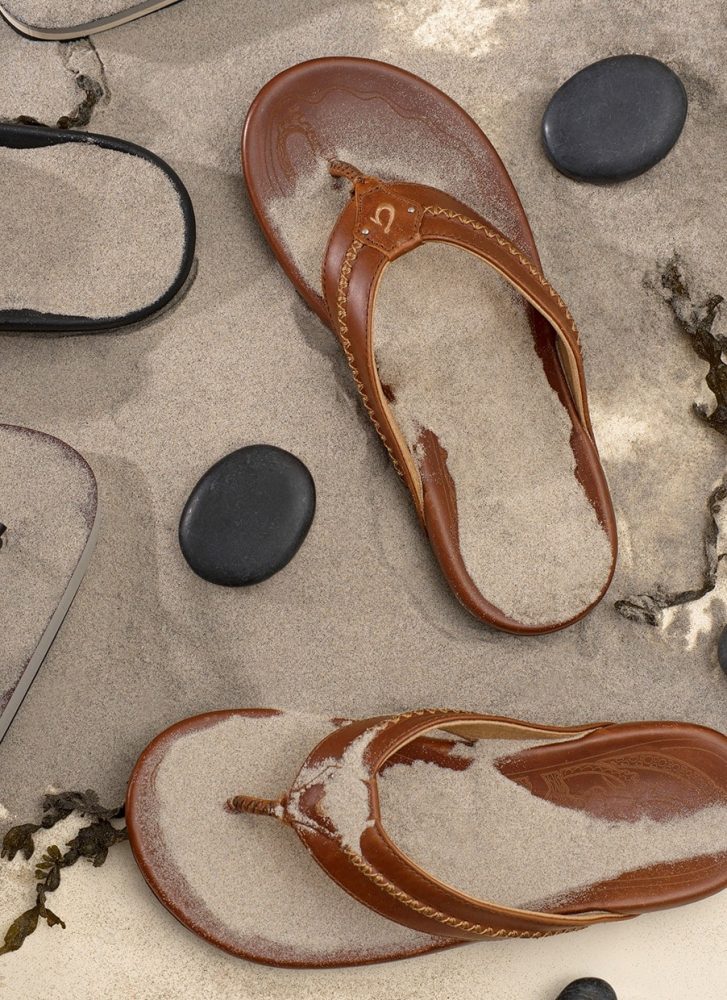 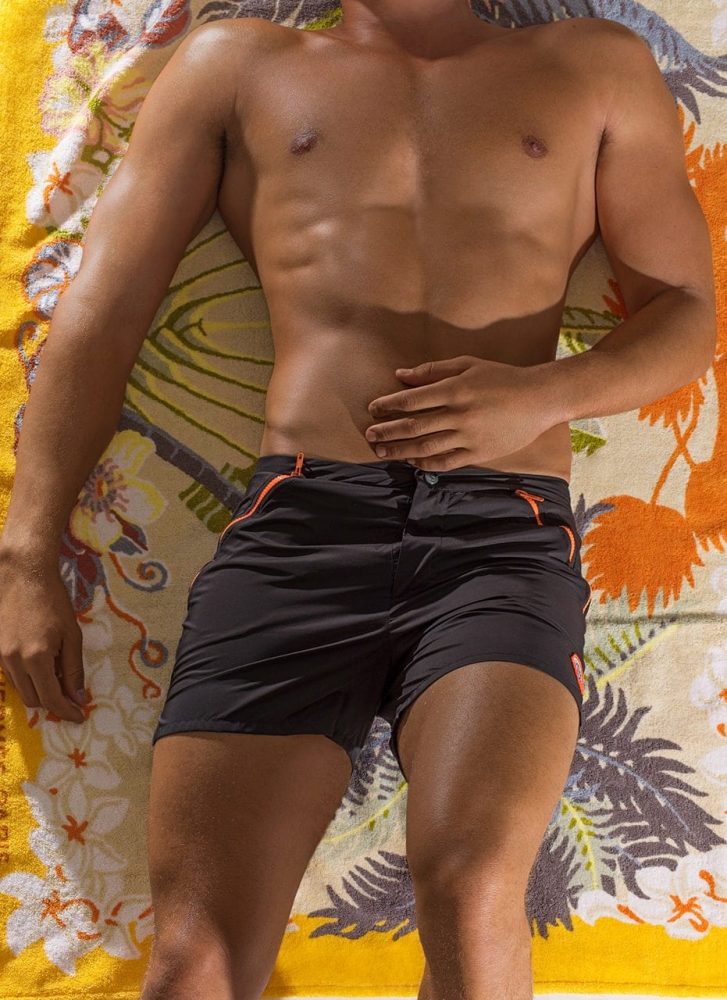