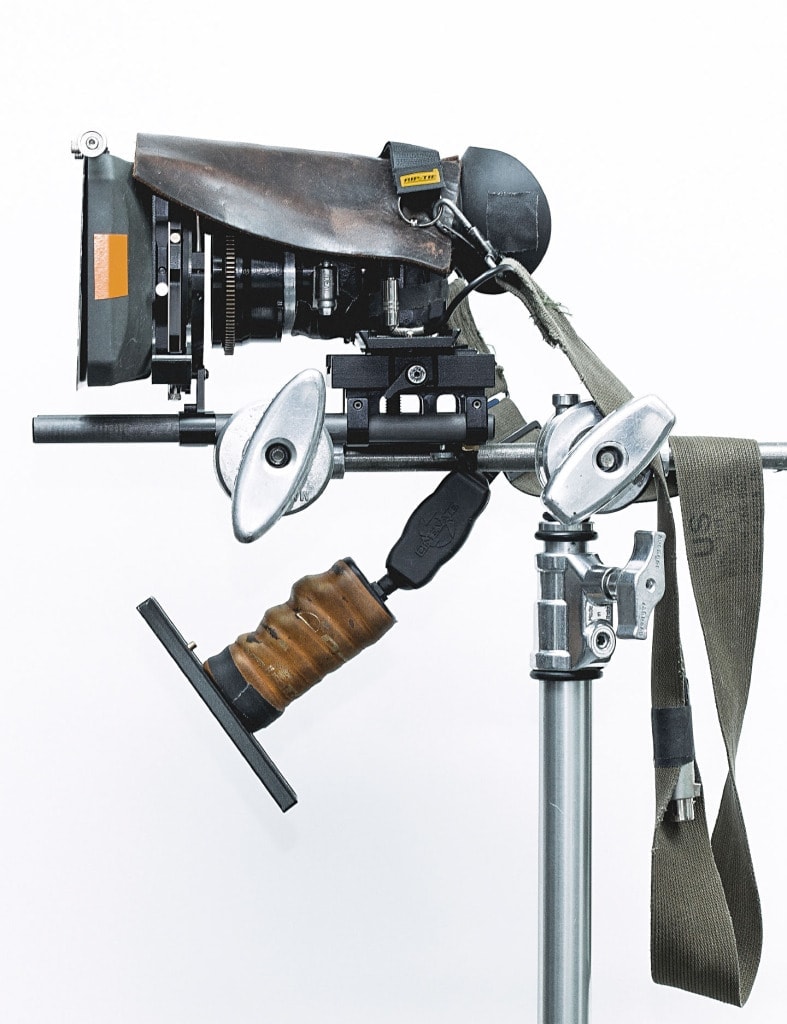 I first met forty-five-year-old director Dikayl Rimmasch in his underground studio in New York, where we spent the night talking Kurt Vonnegut, film, and etymology. The meaning of words and their origins were important issues for Rimmasch, and he chose his language carefully. His workspace was dark and quiet, and organized solely to the task of making films. Bookshelves featuring the works of Helmut Newton, Brassaï, and Jacques-Henri Lartigue lined the walls along with posters of R2D2 and C3PO. Camera parts were strewn about like forgotten Lego pieces. It was hard to believe this was the studio of the same man who walked the red carpet at Mann’s Chinese Theatre for the 2008 premiere of his documentary on legendary Cuban bassist Cachao. The studio was more reflective of Dikayl’s general aesthetic, in line with his previous works such as the short film Ringers. A “run-and-gun” film shot entirely on 16 mm, Rimmasch captured one scene while running through the L-train tunnel, from First Avenue to Bedford Avenue, without permits or stopping for train traffic.

Largely self-taught, Rimmasch studied the French New Wave extensively. However, he grew up in America, and his heart remained with the Hollywood blockbusters of the past: Jaws, Indiana Jones, and especially Star Wars. As he tells it, shortly after the 1983 release of The Return of the Jedi, he handcrafted a Boba Fett helmet. That devotional totem to cinema is now on proud display beside me.

The closer a filmmaker follows their instinct, the more closely the film will reflect the subconscious. And when people see it, their own subconscious will respond.

An uncompromising filmmaker, Rimmasch holds steadfast to a vision that calls to mind the vérité style of documentarian Les Blank. In his recent project starring Jay-Z and Beyoncé, two of the most commercially successful artists of all time, Rimmasch directed a black-and-white film inspired by the likes of Godard’s Breathless, Tony Scott’s True Romance, and the B-movie classic Bring Me the Head of Alfredo Garcia. It garnered such positive reviews from fans—not to mention from the power couple themselves—that it altered the art direction for Jay and B’s “On the Run” tour, while also going viral after part of the director’s cut, Bang Bang, was released, arguably overshadowing the HBO special for which it was produced. 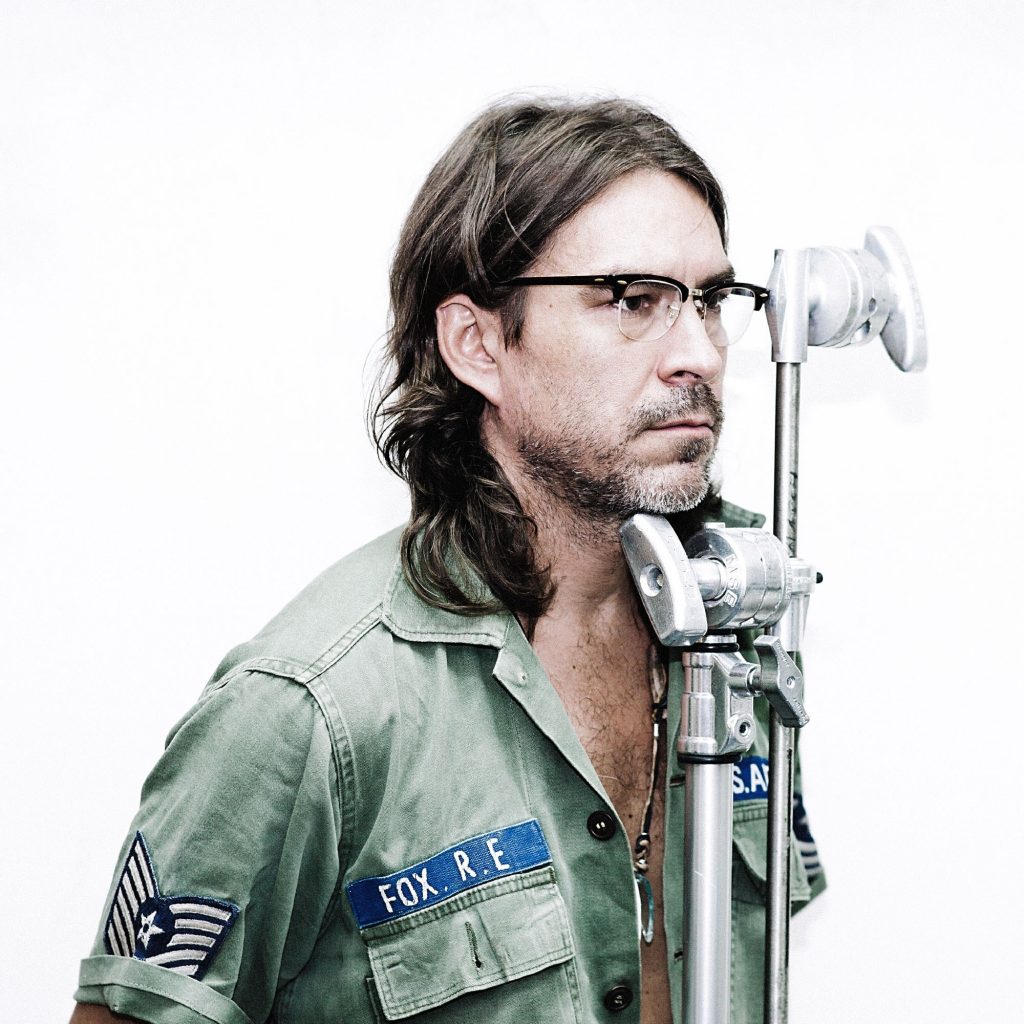 William Kaner:
Can you explain your philosophy on cinema?

Dikayl Rimmasch: Cinema is a word that means something specific to me, but something different to everyone else. There are always arguments about what “cinema” is. Whether it’s a film or a movie or cinema. I hold these terms loosely because I think the argument is a semantic one. For me, the word cinema refers to the pure, abstract power of the image to inform and stimulate something psychological, and without explanation. It’s similar to how modern dance affects me as opposed to, say, the expected Nutcracker Suite, or something with a more recognizable narrative. How that happens exactly, I don’t know. But I think the closer a filmmaker follows their instinct, the more closely the film will reflect the subconscious. And when people see it, their own subconscious will respond. It is, then, a purer and deeper experience because it’s dealing with the larger brain and not just the conscious brain, which is filled with editing, and screening, and easily retrievable memory and reflections. So, there is something to be explored there, and something to be understood in application to whatever level of purity you’re working in.

How did you apply that philosophy to such a large-scale commercial project as the Jay-Z and Beyoncé film?

I think I was lucky in that when I was shooting for Ralph Lauren, which is extremely commercial and successful, I was given a very rare opportunity to shoot as purely as possible. And that was a gift from a very particular creative director. There was actually one film where he said, “You know what? I don’t even care if you get the product in the film. I want you to capture the vibe.” Of course he wanted me to put the clothes in the frame, but he was trying to express that nothing was more important than the vibe of the shoot. So I had these experiences with that particular label where I was under the umbrella of something super commercial, yet shooting without the typical compromises and considerations that kill the spontaneity.

Did you learn that from working with Les Blank?

Looking at those Les Blank films over the years and having that small opportunity to work with him—and also listening to Leacock and Pennebaker talk on film—the whole idea is to get out of the way and set up a scenario where the humanity can simply come through. Coming into the Beyoncé and Jay film, I knew what I was up against. But I was able to give them a rational argument from the French New Wave and its resistance to the typical film-production structure. They wanted that vibe. I wagered my Ralph Lauren experience on it and they gambled on the fact that it worked for Ralph. They gave me the first part of the day to let me work that way. After the first couple of hours, things loosened up and it was fun for everyone.

What is it like to work within mainstream pop culture when, as an independent filmmaker, you’re not only outside of that culture but also much smaller than it?

It’s hard for me to define what’s in and what’s out of anything because I’ve never seen a clear map of reality drawn by anyone. Look at a film like Apocalypse Now—it seems so pop culture at this point. But cinematographer Vittorio Storaro, to me, is one of the best at what he did. And Francis Coppola was nearly waging a war to get the film done. I think most people aspire to this—as do I—that ultimately there’s some blurry crossover somewhere in a territory that no one knows exactly how to find. And like most people I’m looking for that territory, which can’t be contrived, so it seems ever elusive.

It seems like everybody responded positively to the Jay and Beyoncé film. Including their camp. They changed the entire concert branding and the show itself to fit within what you created. People keep saying that they’ve never seen them that way before. What allowed you to show that side of them?

Someone said that to me, too, that I got something out of Beyoncé and Jay-Z that no one else had. I think that’s wrong. Every home movie they have is more natural than anything I shot. They put that footage into the tour, too: Jay’s fortieth birthday party, and Beyoncé being all natural and beautiful in the backyard sunlight. If I got something natural, then I think the answer to how is the answer to the question, Why is the stuff in Beyoncé’s backyard so natural? Well, there are few people there. Everybody knows each other, there is a sense of trust and so there’s nothing to lose. I tried to apply as much of that as I could. But you know, it’s tough. I’m sure the camera approach I’ve developed, keeping it hand-held and self-contained, probably helped.

i like to study the films where humans have a struggle that’s close to nature, whether physically, economically, or mentally.

Did you approach this film with the intention of making the “power couple” look more human? And if not, what is it about your particular type of cinema that allowed room for humanity to come through?

I think humanity is a very complicated topic. I mean, there’s humanity and there is the human. In general, I think humans act different independently than they do in a group. And as their basic needs are met there are differences in what people are interested in doing with their time and the struggle that defines them. I like to study the films where humans have a struggle that’s close to nature, whether physically, economically, or mentally. And in that, the complexity and the face of nature itself is more likely to be integrated into and reflected by the person’s face. To me, those struggles bring out what I’d call the most natural struggle. I am interested in seeing tonality and shadow in skin and eyes and hands. There is so much subtle communication there. As per the Jay-Z and Beyoncé project, I tried not to think of them as a power couple—just as humans, with skin and eyes. With inner complexity and compromises.

You have been able to work with amazing musicians over the course of your career, as well as actors. Most notably, you did a film on Cachao that featured Andy Garcia. Do you notice a difference in working with musicians and actors?

Yes and no. For me they’re just people who are in the moment and being spontaneous and unpredictable. I remember recently rewatching a Freddy Mercury performance, and somehow it seemed a lot like Peter O’Toole in Lion in Winter. You always want to work with these people who seem like animals on some level—instinctual but very intelligent and aware. Cachao was very instinctual, fluid, solid, and unquestioning in some ways. It’s no wonder he invented the mambo. 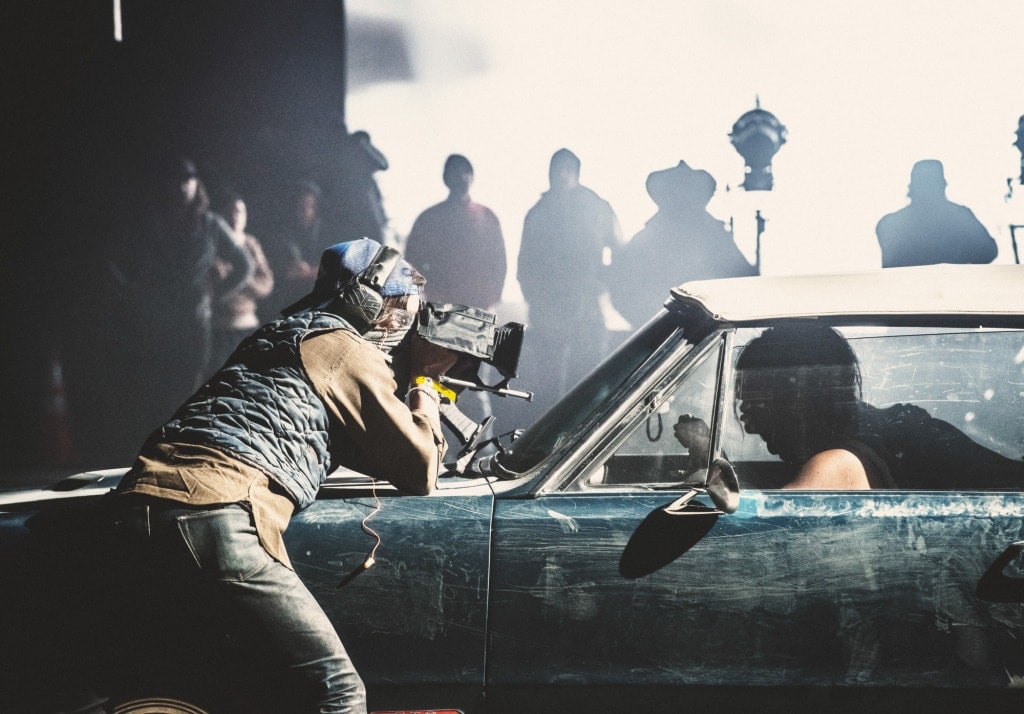