A Season in Hell, or Philadelphia

Artist Alex Da Corte creates works that are at once wickedly playful and altogether out of this world. 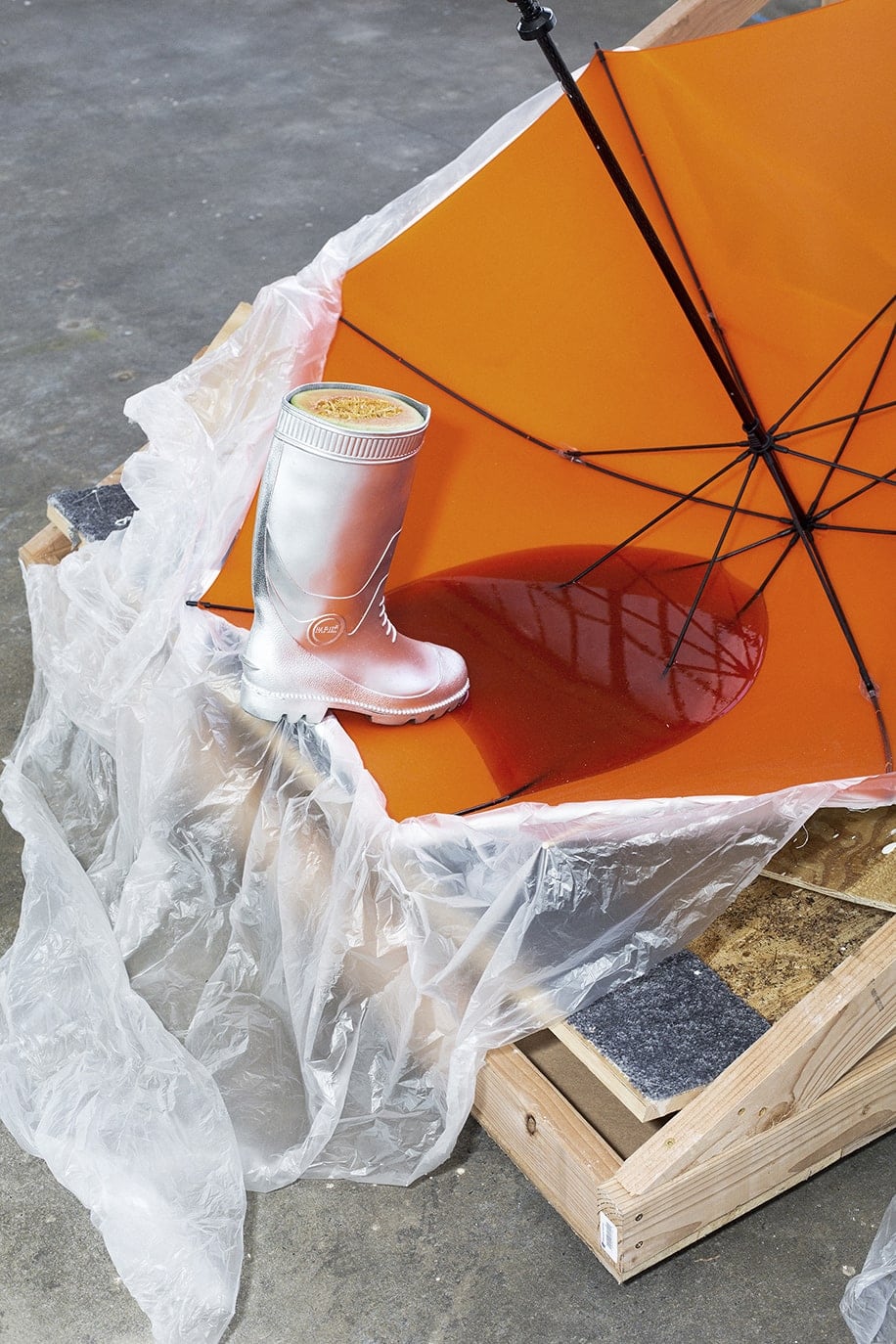 At 36 years old, Alex Da Corte has already had a major solo museum exhibition, shown his works at some of the art world’s most coveted galleries, and been reviewed by none other than Roberta Smith from the New York Times, who wrote that his 2015 installation Die Hexe — a house of horror located within an Upper East Side brownstone gallery — “dazzles at every turn.” High praise, indeed, from one of contemporary art’s most important critics.

Alternately described as an inheritor of pop art for his irreverent references to contemporary cultural themes — in one piece, Da Corte posed as the rapper Eminem, frosted blond hair and all — his work has also been labeled as an evolution of the eighties movement Neo-Geometric Conceptualism, while embodying tendencies towards appropriation that would connect him with the likes of Robert Rauschenberg, and a fondness for the use of neon lights that recall the works of Light and Space artists Robert Irwin and Doug Wheeler, among others. Not confined to any one medium, Da Corte’s work manifests across a wide spectrum, from large-scale, highly intricate installations or slick films with sets and costumes, to photographs and sculptural assemblages.

And, perhaps, further highlighting Da Corte’s status as an artist who operates according to his own uncanny vision, Da Corte lives and works in Philadelphia, eschewing the expected hubs of contemporary art—New York and Los Angeles—in favor of the City of Brotherly Love. Speaking of love, Da Corte let At Large visit him at his studio for a glimpse inside as he prepared for the several shows he has coming up in 2017, and sat down to discuss his influences, from Rimbaud and Friends, to his recent controversy with Ivanka Trump when he asked the American president’s daughter to take his work off her walls. 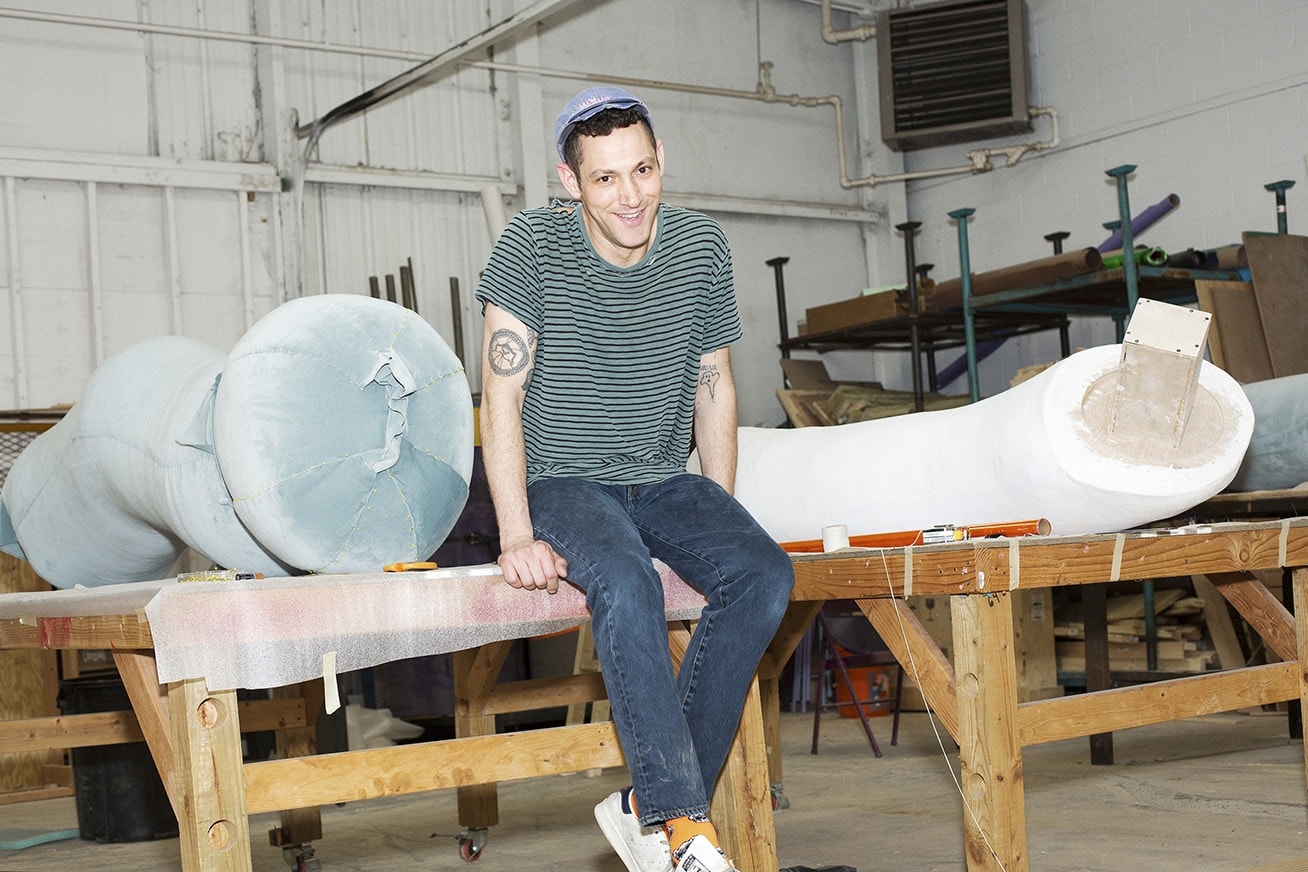 JA Jumping right into the fray, so to speak, I would say you’re a very literate artist.

ADC I always read books when I was younger. Not heavy books like Rimbaud, but just liked reading. I think I remember when I was in my, I don’t know, teens or something, falling in love with Goethe, particularly The Sighs of Young Werther, and particularly I loved its format, which is that of an exchange of letters.

ADC Well that turned me on to Mary Shelley and that particular form of writing, which was to depict a letter as the way to tell a story. And at the time, I think I was writing a lot of letters, had pen pals.

JA I love that you had pen pals.

ADC Yeah, it was something I had like all the way through my twenties. There’s a certain kind of pace and fantasy embedded in that, because you write a letter, and then there’s romance, and there’s kind of this longing that happens — an amplification of time that happens between sending and receiving. I would gravitate toward novels that dealt with that, that kind of longing, you know, Frankenstein or Season in Hell or even Oscar Wilde.

JA Rimbaud, I feel, is an archetypal character in some ways, in several of your works, and in particular, A Season in Hell. Why is Rimbaud a figure that interests you?

ADC I guess A Night in Hell is exciting to me, because it was the first time I had come across a depiction of hell, in Rimbaud’s understanding of it there, that sort of says, ’This hell that I’m experiencing, because of loss or these deep feelings I have, is actually really rich and fun.’ That was shocking to me that you could even do that in such a beautiful and lush way. To just really flip the script on something that you thought you knew. And that kernel of an idea is what, I think, all of my work tries to do. At its best, flip your anticipation of X to be Z in the same way that Duchamp takes the fountain, or the urinal and says it’s a fountain.

ADC This makes me think of a particular video piece I created where a man snorts an egg. He’s dressed in American Apparel clothing — nothing special. I was imagining him as a kind of “chav” — the sort of clean-cut, British-type of look with a square top, something akin to the way Eminem would dress really mannish, but slick. I wanted to place this man doing all these weird experiments. I thought it was strange and kind of exciting that you didn’t have to go very far to find a hell of your own making. It’s actually very close by.

JA Yeah, your hell is, for lack of a better term, very polished. And, in the larger installation spaces that you’ve created, there’s a sense of a fluorescence to it as well. I’ve always thought of fluorescence as being a beautiful analogy because it’s a cool heat.

ADC Remember Scream, the music video by Michael and Janet Jackson, or the TLC videos from the nineties? I’ve always liked that kind of “no space” that was always a backdrop for the videos — a space that was just informed by light. It’s low budget, but it’s also really clean-seeming and not too dissimilar to the way that David Lynch used those red curtains to create this kind of void or dream space.

JA I wonder where the sensibility of popular culture comes in for you in your art? You are undoubtedly parodying it when you play Eminem or have costumed figures such as Catwoman or Gumby appear in your photographs. But what is your relationship to popular culture? Is this something that you are as deeply invested in as, say, Warhol was? 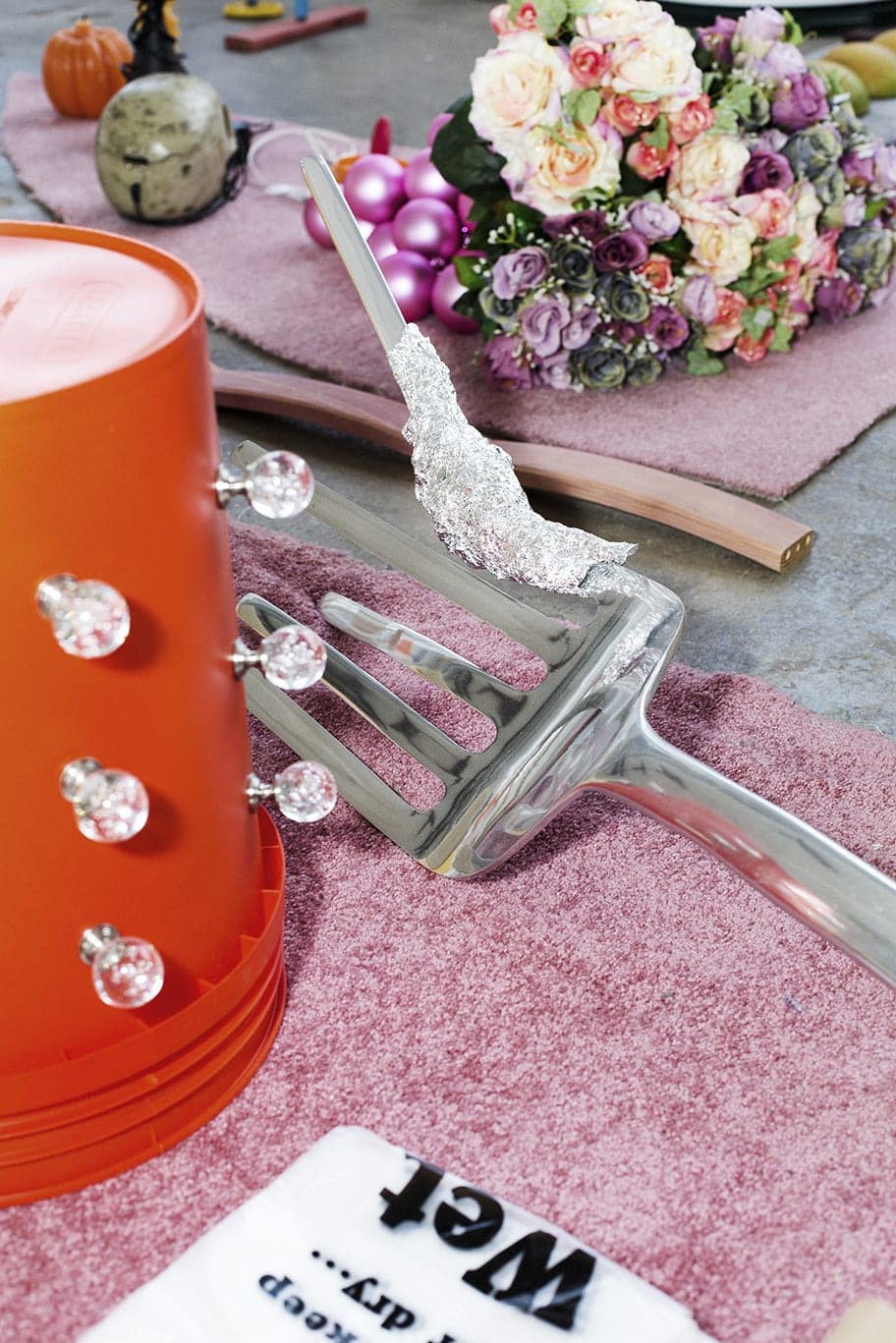 ADC I mean, I love it. I really love it. I’m a participant, one hundred percent. I’m not interested in flying above it as though it isn’t something that ties me to everyone else in the world. You know? It’s really important for me to be a participant and not just a voyeur. I want to know. And I want to know because I want to know what’s making me and what’s making us. I want to know how these strange things shape us in such subliminal and special ways. Even if it’s something down to texting. I was talking to someone about texting and they said, ’Oh, people don’t say “LOL” anymore. That’s a dated saying. Younger people say, “Ha, ha.”’ And I thought, oh, that’s interesting.

JA Wait, does that mean I am older now?

ADC I guess. I’m interested in that subtle shift all the time. Everything’s always shifting. But I like to think of these cultural phenomena in ways that aren’t just random; that they’re all part of a real complicated and rich system that we’ve created and also creates us.

JA Let me switch gears for a moment. What is the role of politics and activism? What role, if any, does that play in your art? I do feel there’s an underlying social critique at work. And obviously, you got some press from your comment about Ivanka Trump. Is your work intended to have a political critique within it as well?

ADC I think it was easy maybe eight or nine years ago to think about the edge and be in Philadelphia and be making things that were covered in goo and not for sale. And then, inevitably, those things covered in goo become things that people value and want to buy. And so, you lose your position to critique the center if you’re in the center, so I think it’s important for all artists to constantly be checking themselves, not just get blinded by this.

For the show that I’m currently working on, as it is the first show since the election and all of this craziness with Ivanka, I thought it was really important that the work take a different stance — to be slower and quieter in some ways. I’ve been thinking a lot about what it means to lay down versus fall down. What does it mean to spread yourself out and make a net of yourself, one that touches your communities side to side and not come in like a tank or something loud? And so, I do think that the work is engaged with how the world is shifting but that’s because I’m just a person. Like I said, a participant trying to make sense of what you do with what you have.

JA When you’re not in the studio — and just judging by the amount of work you put out, you’re in there quite a lot — where are you? If you’re an avid fan of popular culture, what are you watching on TV?

ADC Yeah, I had never seen it before. I was like, ’I should watch this because I think this is important.’ I don’t know why I wasn’t allowed to watch it when I was in high school or whenever it came out. At that time, I would avidly read the TV Guide to know what was happening each episode so that, when I would go to school, I could know a little bit about what was happening with the characters and not totally be alienated.