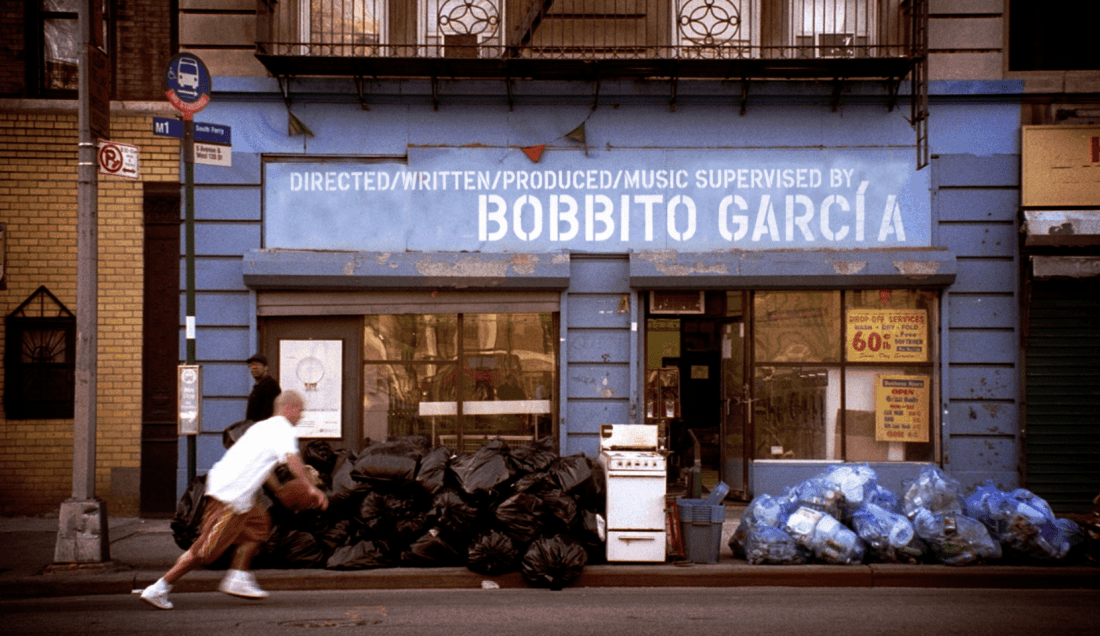 Making a documentary like Rock Rubber 45s about Bobbito Garcia’s career in what I can only describe as a POV of freestyle by dribbling, faking and confounding the audience takes skill. The only person who has a deep enough resumé to make it is the subject himself and leave it to him to offer conflicting points of view. When it comes to labels, about the only one Bobbito Garcia AKA Bobbito the Barber, Kool Bob Love, DJ Cucumber Slice, born Robert Garcia doesn’t seem to fit is Gen-X. Though he seems to never age, he embodies more of a classic baby boomer American Dream ethos than his age would typically suggest. He works hard, he’s never too good to do something, if something needs to be done, he does it. If he sees a niche that piques his interest he just “does it.” Garcia is the living example of the Nike slogan, “Just Do It.”  The almost 51-year-old actor, writer, filmmaker, basketball freestyler, performer, DJ, announcer, father, son, husband, brother, philanthropist, and shoe designer wrote the book on sneaker culture. No, really, he wrote the book, Where’d You Get Those? NYC’s Sneaker Culture: 1960-1987; is a true New Yorker and has lived a life that on the surface seems enviable but is the first one to admit has not always been painless. 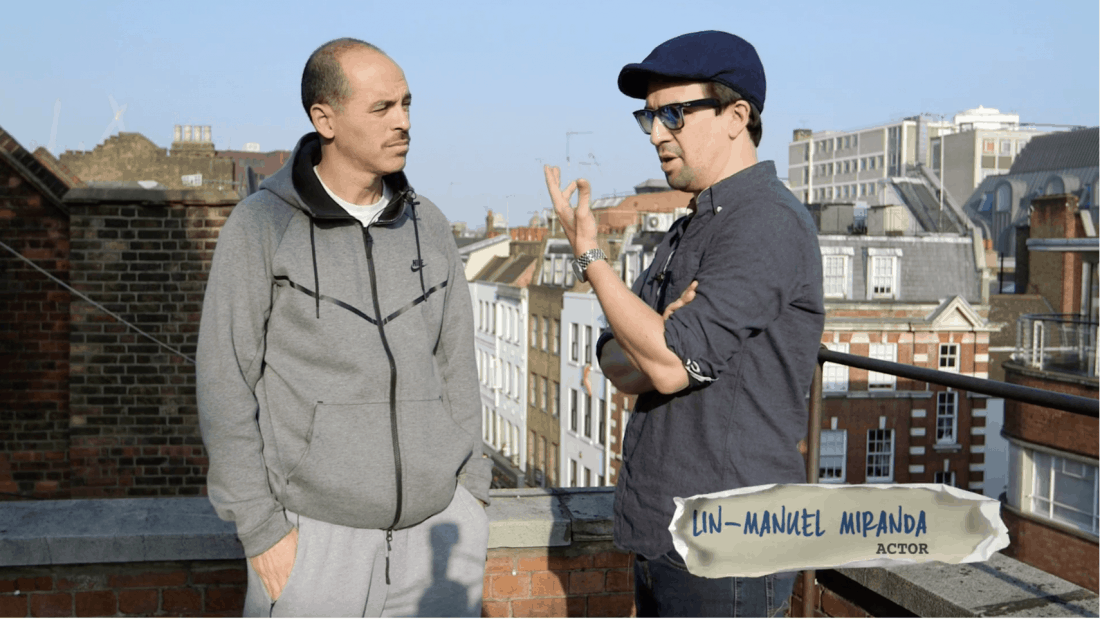 Garcia was not born a freestyle basketball star. Though he may have some genetic hardwiring for the game as his Puerto Rican born father played professional basketball for a while in Puerto Rico, Bobbito honed his skills on the courts of NYC specifically The Goat Park. He played in his elite boarding school (worth watching just to see how he got there) and at Wesleyan University (though never treated fairly by the coach) and for a year professionally in Puerto Rico. Underneath the easy smile, the jump shot, the urban slang, the Wesleyan grad, the legit friend of Lin Manuel Miranda, Rosie Perez, Patti LaBelle, the former employee at Def Jam Records and one of the stars of the original Nike Freestyle Commercial Garcia refuses to hide what many consider something to be ashamed of—Bobbito was on the receiving end of childhood sexual abuse by someone he knew. (According to Invisible Children.org 1 in 4 girls and 1 in 6 boys will be sexually abused before they turn 18 years old.) 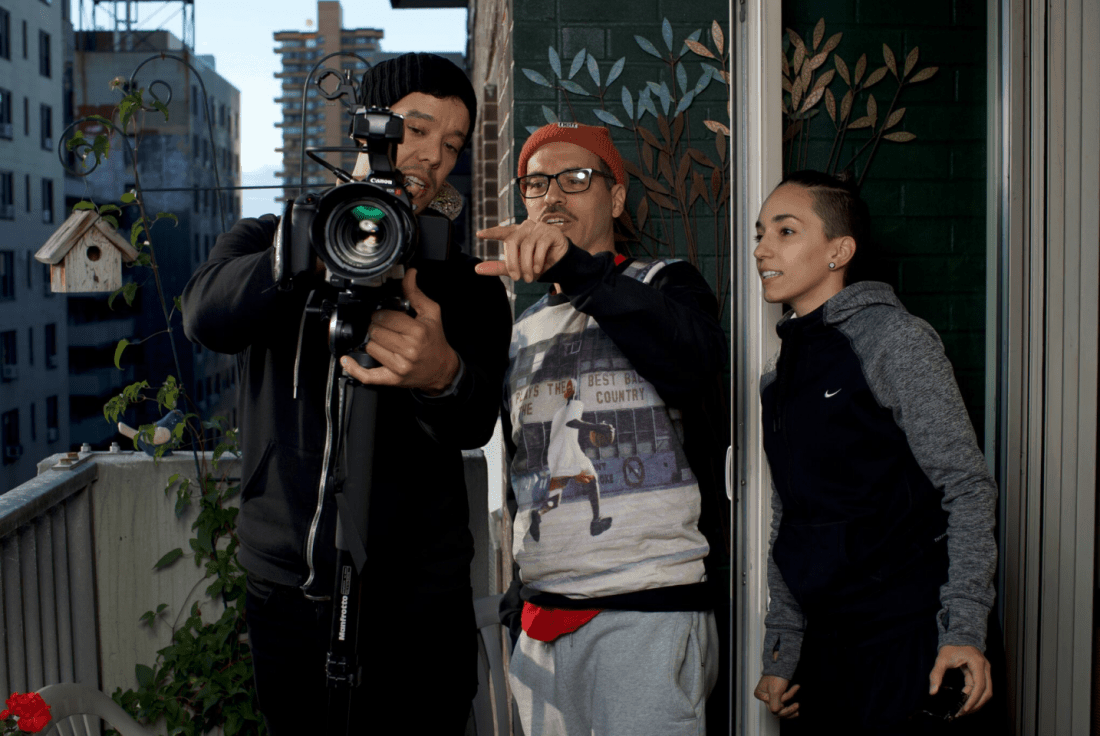 “I had complete confidence in myself every single step of the way. I do not fear failure whatsoever. That’s not holding me back.”

Why is there the underlying tendency to blame the victim? As if the person who took his pants down was somehow complicit because he didn’t know how to say no? Compliance does not equivocate consent. Garcia explains that the person on the receiving end of unwanted sexual contact is never at fault but almost always is made to feel complicit by his or her very compliance. Where the person on the business end of sexual assault is innocent until proven guilty and may have experienced the same thing to further complicate the crime. It is clear that one of Garcia’s goals for making the documentary about his career is to destigmatize men coming out and talking about sexual abuse because if it could happen to one mother-fucking hip DJ, film director, shoe designer, author, TV personality, husband, father, friend like Bobbito no one is immune. The only thing extraordinary about childhood sexual abuse is how commonplace it is. Garcia doesn’t need a hashtag to talk about it and neither do you. Just talk. People will hear you. If they ask you if someone witnessed it? FUCK ‘EM, then laugh. Did someone witness your conception? When can we begin to agree that asking if someone saw “it” is a stupid question? On his fortieth birthday, Garcia decided to confront his abuser and forgive him because he too had been a kid. He said he had already forgiven him in his own head but that he needed to talk to him in person. He realized that the only reason this kid knew how to do what he did is that someone else had probably done it to him. It did not make it okay, but it gave context. Bobbito said that he had night terrors his entire life until he confronted his abuser. The day he talked to him, the dreams stopped, and he’s slept peacefully ever since. Amen. Speaking of forgiveness, I apologize for the internet rabbit hole of Nike commercials you will find yourself in. I dare you not to click. They’re that good.

Opens Theatrically For A Full Week Run In New York On Thursday, June 28 (The Metrograph) With An Extended Run At The Maysles Cinema On Friday, July 6 To Follow.

On all major VOD platforms including: iTunes, Amazon, Vimeo, Vudu and Google Play