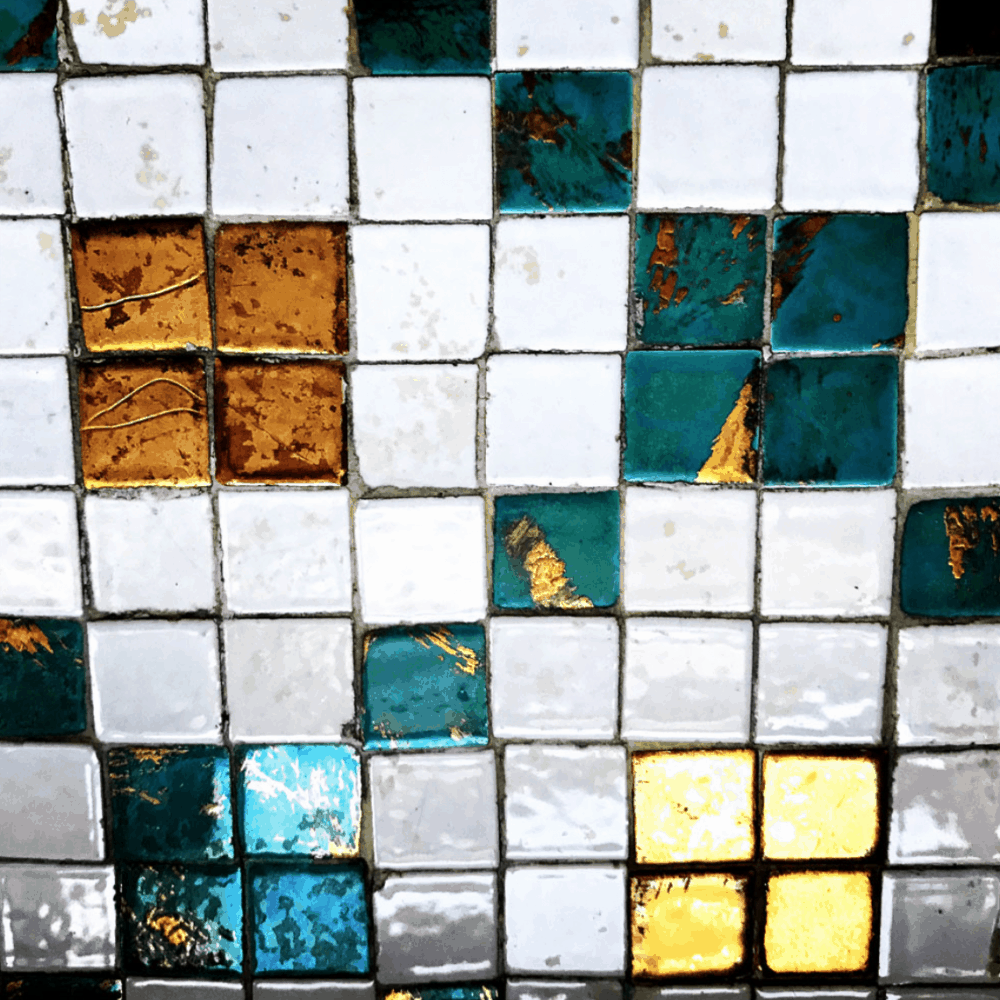 In quick succession, I arrive at work for the day, an unknown number buzzes my cell, and Pompadour appears at my office. After poking his head in, he ducks back out without a word. I press ignore on the unknown number and stare after him, foreboding in my gut.

Over the hours that follow, I think back on sixteen years of right angles, clean surfaces, muted colors. Weak coffee, overzealous air conditioning. Power cords, corridors, conference rooms. Panes of glass, separating me from the city.

Throughout that time, I only committed part of myself to the job. I clung to the idea that I had a higher calling, no matter if I was playing guitar at the time or not. It was the one true gift my father gave me, the thing that helped me find my place amidst the chaos of adolescence. Long days, hardening my fingers. Late evenings, drowning out the squeals and squeaking emanating from my father’s room. Then came college, and camaraderie. That guitar gave me my introduction, my safety net, my identity. Without it, I could have never found the confidence to climb a rickety stage and give voice to the howling emotions within. Keeping it close at hand all these years, I realize now, was my way of connecting to a lifetime of the songs and synapses that made me different than the rest of these so-called cogs.

Now, with my fifth limb missing, I watch numbly as a client’s portfolio near-doubles in value over a single day of trading, due in large part to a certain pool of assets I was originally against recommending. My inbox chirps. It’s the client, high off of his payday, directing me to double-down on his investment.

The call I’ve been expecting arrives at 4:45. I ease into my suit jacket and glance with fresh eyes around my office. Only now does it occur to me that I’ve never decorated. Everything’s how it was when I got the position.

Conor’s assistant waves me through. My boss, at a distance, resembles an action figure. Pull the cord, get a pre-programmed response.

By way of contrast, his office seems suited to the man. He’s worked here a fraction of my time but gone so far as to hang fine art, arrange custom furniture. What does it say about us as a people—the spaces we choose to inhabit, the ways we do or do not fill them up with ourselves?

“Yeh look in fine health,” he says. “No signs of typhoid or a spear to the gut.”

He waits for me to respond, I don’t.

“Are yeh going to say anything about Dublin?”

“Are you going to say anything about the other night?” I fire back.

“What you said to Esther after I left the table.”

Long, hard stare. Then he loosens his tie. “Two ruffians duck into a pub. Instigator and an executor, understand. Idea man and the one who gets things done.”

“I could really do without one of your jokes.”

“Pair’s had successes,” he presses on, “had setbacks as well, but bottomline a pair.”

He abandons his chair to stare out across the city.

“Few scoops in, instigator’s eyeballs deep in his pint when he’s struck by lightning. Idea of a lifetime. Words come spilling out before he knows what he’s giving voice to. Divine inspiration. Never be the same. Ruffian looks to his man, lifted, floating, gets not a yoke in return. No plan of action. Nothing.”

Turns to face me.

“How’s that, Champion? One half of the pair touches greatness, other gives nothing?”

I crack my neck, waiting him out.

“Executor’s gone and extricated himself,” he finishes. “Gone home without warning and left his partner waxing poetic to a barstool.”

When I say nothing, he sighs. Reclaims his throne.

In a softer voice, he asks, “Don’t yeh realize we’re building something special like?”

“Conor,” I say. “You are a fucking roller coaster.”

He bites his bottom lip.

Folds his hands in his lap, glances away.

“The only thing I’m certain of,” I say, “is that my recommendations have little to no bearing on what you end up deciding.”

“What am I, in your mind? The executor for your ideas? Feels more like the doormat to your shit-caked shoe.”

“Do listen to yeh,” says Conor, keeping his cool. “But I need yeh to become the man I hired yeh to be.”

“Having a gaff, me expense? Imagine this place, run amok with Conor Fidelitys? See another crisis, no time.” He reaches across the desk, palms flat. “Two of us strike a balance, understand. I push too far, you say something. Need yeh to be that guiding force like, best version of yerself.”

“But you never listen,” I say.

“No fair weather marriage, caution and risk!” he shouts, throwing up his hands. “Disagreements, push-pull, all that. But you’re my man. I chose yeh for who you are.”

“Just one time,” I say, “I’d like us to have a conversation where I didn’t get six mixed messages.”

In his Irish blue eyes, I see sincerity. I see security. I see enough that I’m almost won back over to his side. If it weren’t for the tone in his voice when he called me his man.

For the first time, his confidence falters.

He scratches a scab on his knuckle. Moves up to his wrist, slipping two fingers under his sleeve.

Outside his floor-to-ceiling window, a plastic bag floats into view and dances a carefree dance behind his shoulders, miles up from what it’s used to.

“If yeh’re sitting there asking,” he says, at last, “chances are yeh already know the answer.”

His confession doesn’t hit me the way I expected. It sends cold footsteps up my spine.

My mind darts back to our first interaction together, sharing a cigar while Morris’ son kicked himself closer to the heavens. Conor was all power and mystery to me then. Perhaps not so much has changed.

“This has been the toughest year of my life,” I say, finding my voice. “And you’ve been a friend.”

“And this job,” I continue, discovering the words as I say them, “it gave me a way to distract myself.” Sixteen years getting off the same subway stop, taking the same elevators, breathing the same air. “But I think we both know it’s not the right fit.”

“I’ll put it in an email, whatever HR needs,” I say. “But basically consider this my—”

“No,” he interrupts, fixing me with bloodshot eyes. “Not another word.”

A glass of water manifests in his hand. He sips—perhaps the first time I’ve seen him do such an outlandish thing as hydrate.

“If yeh refuse to reexamine yer behavior, only option left is termination.”

He moves to his side cabinet and withdraws a bottle of bourbon bordering on antique. Two crystal glasses. On the edge of his desk, he pours a carefully measured inch for each of us. It’s an odd ceremony, our final round.

“Gift of Morris,” he says. “Aged fifteen years when he bought it, another twenty before popping up back of his closet.”

I touch my glass to his. Sniff the bourbon and sip. It is without fail one of the richest, most complex spirits I’ve ever tasted.

After a few minutes’ avoidance, I ask him why he’s helping me.

He says, “Heart beats right out of yer chest, Champion. Makes me glad, knowing yeh just might follow it.”

I leave the office without telling anyone it’s for good, offering an apology to Pompadour along the way.

Outside, the sidewalk is bustling. That feeling, of exiting an airport in a new city.

In a breath, I’m home—or, rather, the apartment my wife and I bought together. It’s shell of a shell of a shell now. Only the view outside paints an accurate portrait—a city fresh with options.

“Is this Nolan?” asks a woman’s voice.