Driving the Maserati Ghibli in Aspen

“Have you been to the Isle of Man?’ is the question as we zoom along Route 82 towards the T Lazy 7 Ranch in Aspen Colorado. “P” from Brooklyn drives, his large hands on the paddle shifters of the lean, well-appointed Maserati sedan the Ghibli (named after a strong Saharan wind).

I’m surrounded by several car journalists; citizens with very uncitizenlike driving resumes. They’ve white knuckled McLaren supercars around Le Mans and picked up their groceries in borrowed Lamborghinis. Unsurprisingly, they want to talk about cars. My concerns on this clear, cold morning revolve not around 903 HP V12 engines, but around the seat heater, which is tricky to locate on the digital dashboard. I’d never make it at the Isle of Man. “My friend who raced [there] said you’re driving so fast that you have to start looking a mile ahead for turns,” chimes in an unseasonably tanned fellow in the back seat. “You have no idea what’s coming up next.” 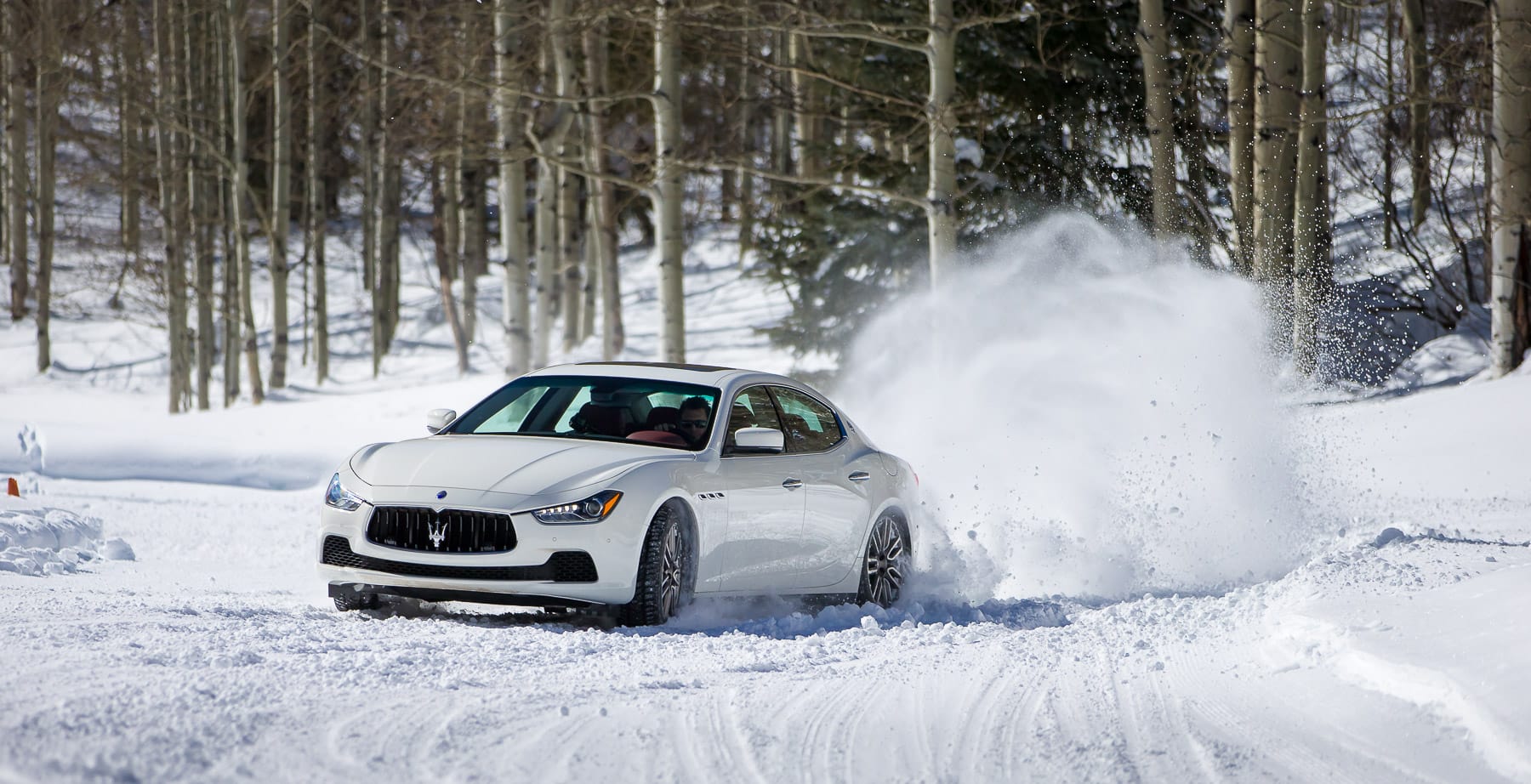 The plan is to drive the Maserati on a custom-built snow track around a family-owned plot in the shadow of 14,000 foot Pyramid Peak, flanked by towering birch trees – a setting worthy of a Super Bowl auto commercial. A bonfire is roaring in the distance as P parks the sedan. Hot chocolate is served. The ground is firm and frozen. Perfect, says Maserati’s Nick Lundgreen, to showcase the maneuverability of the Ghibli on snow and ice.

It couldn’t have been the altitude or the early morning fuzzies that made me think that our 410 horsepower Italian sports car had no business being 5,600 miles from home, out of its element, in the frigid temperatures. But one lap of driving under close watch of Lundgreen and my hunch is proved erroneous. The car shoots through the turns like an Olympic bobsled, avoiding the walls of packed ice. “Hit it a little harder, press it down,” Nick says and I do, stomping the accelerator as the car slips into a controlled slide. I wiggle the wheel and we shoot out into the straightaway, unscathed. Nick pops the car into I.C.E. (Increased Control and Efficiency) mode for the second lap and the real majesty of the car’s Q4 intelligent all wheel drive system is realized. Nary does the car sway on the slick surfaces even when coaxed. “You could put anyone behind the wheel of this thing in these conditions,” says Nick. “And they’d be fine.”

An unfuckupable driving experience, I note, as we pile back into the cars. Our afternoon loop will take us past the historic Redstone Inn and through the twisting throes of McClure Pass – a popular spot to really let the horses do their work. It’s not long before P has the Ghibli up to a graceful 110 miles per hour. So graceful, in fact, that the thought of gripping the Ermengildo Zegna silk-wrapped interior grab handle for leverage doesn’t cross my mind. 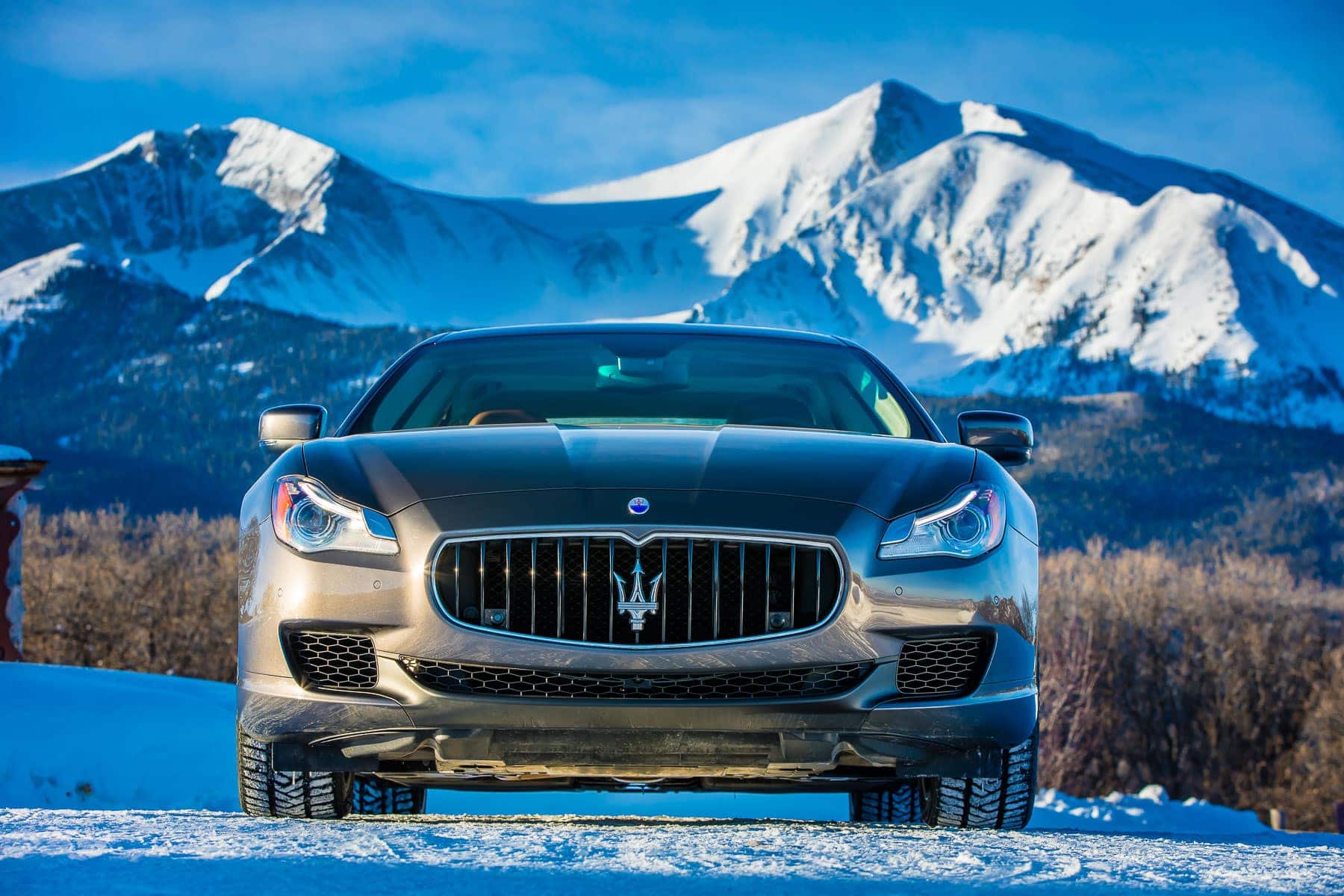 Maserati being Maserati, we spend the time we aren’t driving doing Italian things. We eat Tagliatelle at Casa Tua and drink Aperol Spritz. We slather on the SPF like it’s spring in Cortina. (The Aspen sun is so strong it feels like it could be.) On the final afternoon, the whole lot of us sits soaking, silent, in an outdoor hot tub, watching the last riders come trickling off the mountain as the pleasant steam rises into the air. You could put anyone behind the wheel in these conditions, I think. And they’d be fine.