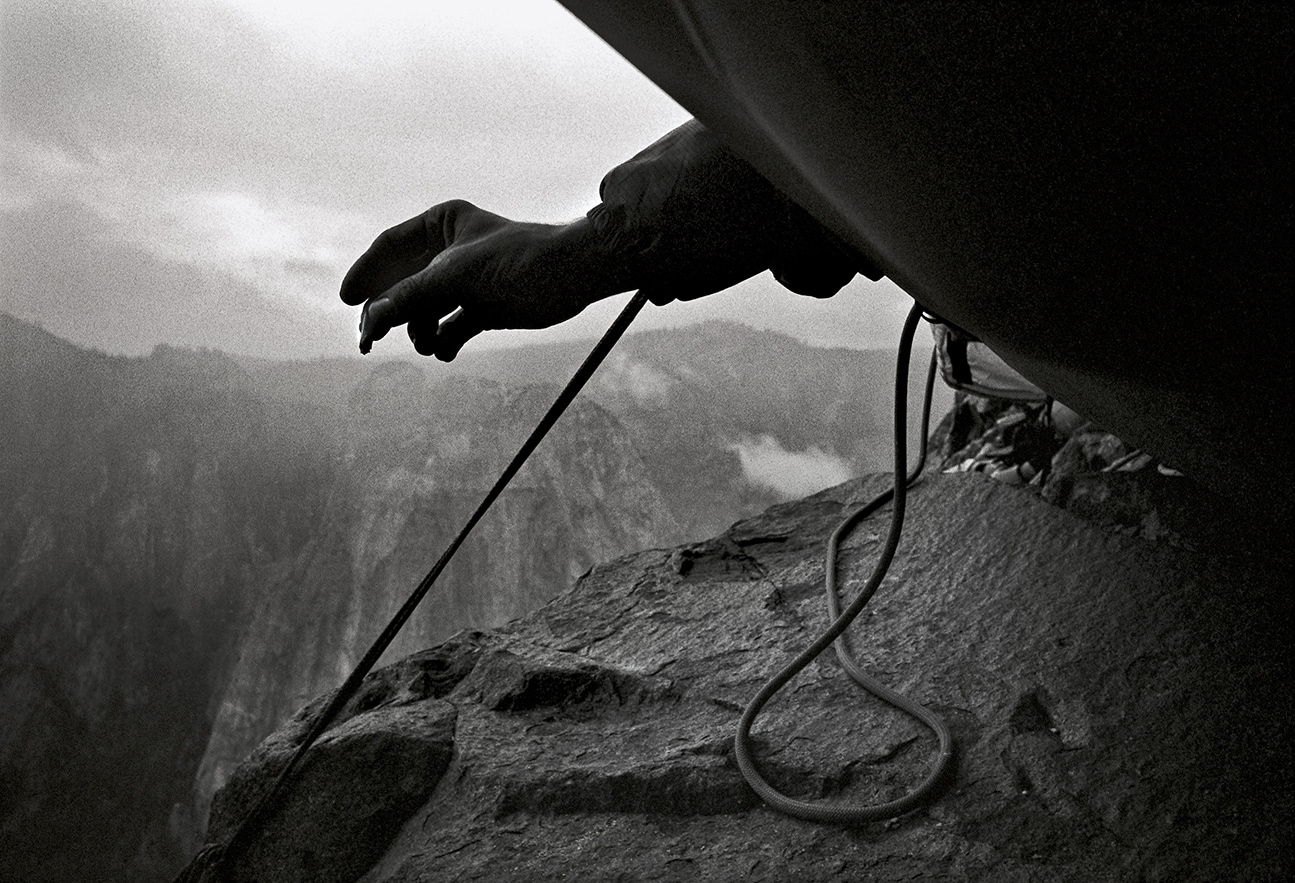 If you are remotely connected to the outdoor lifestyle, or to extreme sports from surfing, skateboarding and rock climbing, and unless you happen to live under a rock for the past eighteen years, you know who Jeff Johnson is. You’ve seen his photography, read his stories, or watched his film, 180° South. Maybe you know him as that surfer guy who left northern California for the North Shore of Hawaii to be a lifeguard, then left that to be a flight attendant just to be able to travel. Go ahead, look it up, it’s all there. But if you ask Jeff Johnson, you will likely get a different story. 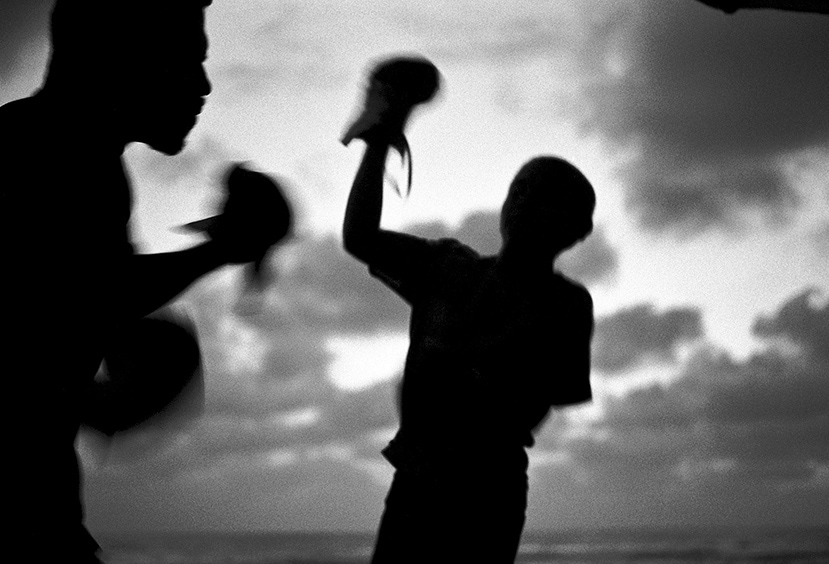 “History can be unfortunate,”  he told me while working on his house in the hills overlooking Santa Barbara, “but it makes you think about your life. It influences your trajectory.” Johnson may be known as an “outdoors” photographer, but his formative years were spent in northern California, a skater during the punk movement in the eighties. “I was like most kids in my town. I played all the ball sports, had longish, feathered hair, rode a BMX bike, et cetera.” And then, at 13, he heard his first punk rock sounds on records he’d borrowed from a neighbor. “I was blown away as soon as the needle hit the vinyl.” Around that time, he was in his second phase of skateboarding. “Skateboarding then was underground and dark — much more interesting now. I cut my hair and realized that playing football and listening to Journey just wasn’t going to cut it for me. I can’t even articulate how exciting it was.” Where is the connection to where he is now? “Those years helped shape my worldview and became the framework for the rest of my life. I’m attracted to subcultures; the underground, the underdog, people who are honest with themselves and in their approach to life.” 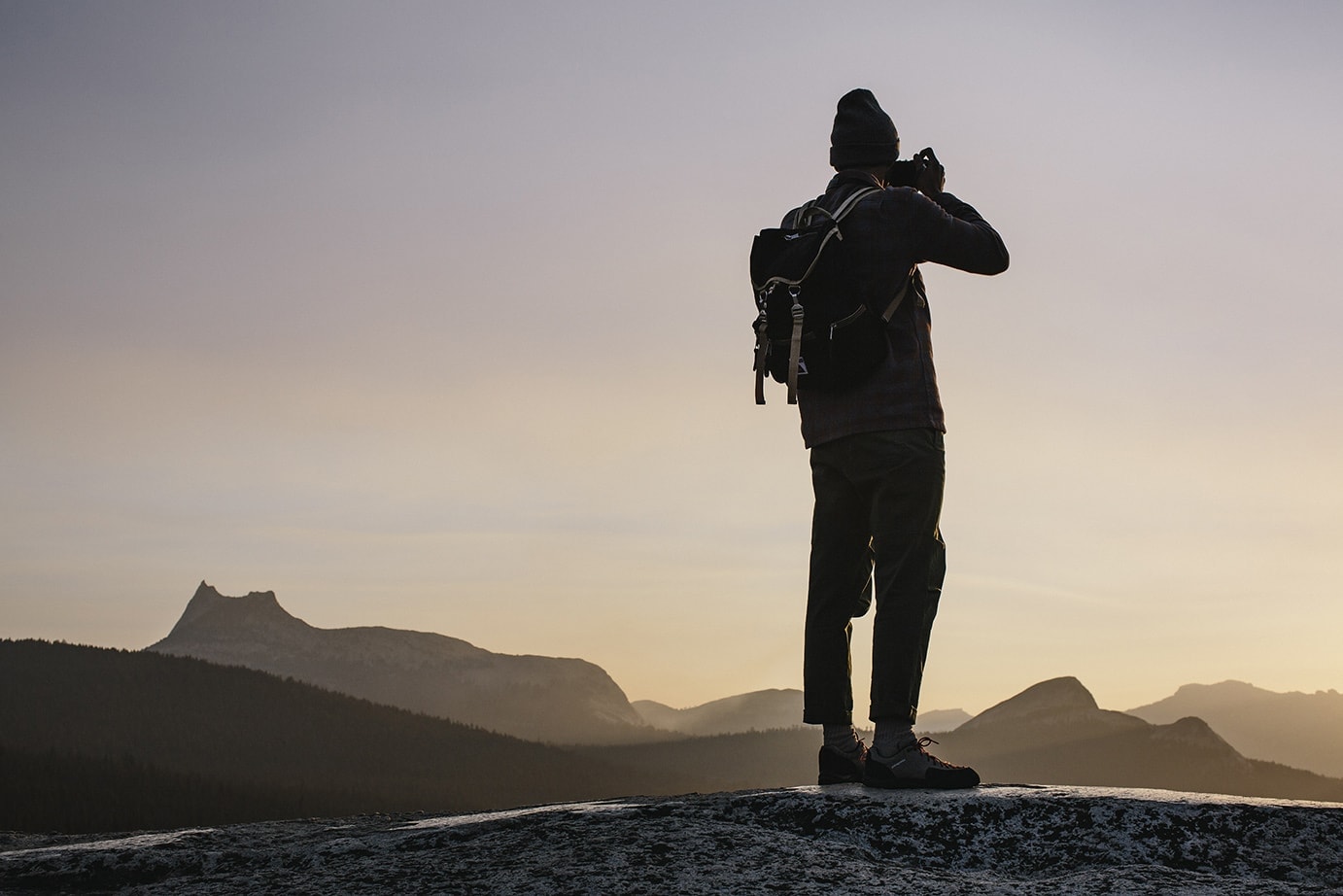 If the path to self-discovery is often painful, where it leads can be auspicious. “I’ve been fortunate to have been influenced by the people I’ve crossed paths with. [Patagonia’s founder] Yvon Chouinard has been a great mentor for me, as has [publisher] Tom Adler: I even named my child after him.” Whether it’s the wise mentor or the subculture underdog, Johnson explains, “these are the people I have subconsciously surrounded myself with; the people who I photograph and write about, the same type of people I would be listening to and hanging out with when I was 14 years old with a shaved head, walking along the railroad tracks or huddled in some back alleyway in San Francisco.” Johnson’s friends and collaborators agree. I spoke to Scott Hulet, editor of The Surfer’s Journal and one of the first to publish Johnson’s work, about my recent conversation with him, mentioning that it was less formal interview and more of a casual conversation. “That is the Jeff Johnson experience,” Hulet said. Sharing his own history with Johnson, he says, “I met Jeff in ’99. He was a fledgling photographer on the prowl for a base of operations. He came to pitch some story ideas to me and we instantly connected; we just became two surfers talking, nodding and smiling. We knew it was on.” Hulet adds, “I watched him decide to take it [photography and writing] serious; it wasn’t forced, it was natural. He recognized it was important and it produced superb work.” This part of his journey led Johnson to a thirteen-year stint as the in-house photographer and filmmaker at Patagonia, and produced the groundbreaking climbing film 180° South with director Chris Malloy. 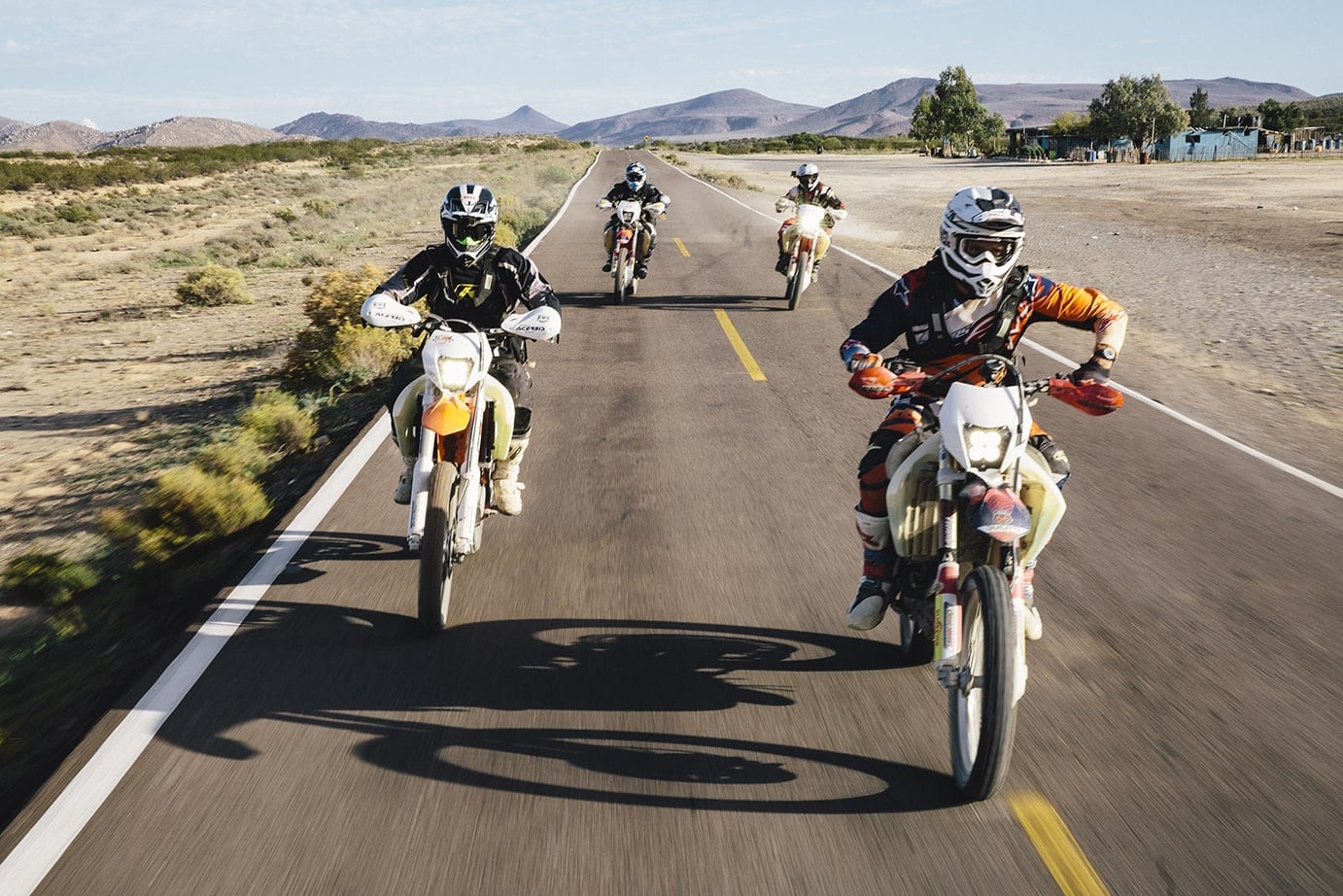 Garrett tells a story about paddling out with Johnson and some “superhero North Shore Watermen” a few years later, and getting stuck in the middle of a twenty-wave set, and having his board ripped away from him. “I figured out why [Johnson and his crew] didn’t even have leash plugs when mine was ripped out and I was left swimming under the sets with no board. I was trying to relax, but I was a mile out to sea, with no board, under huge waves at an unfamiliar spot where I had very little understanding of the reefs and currents. My mind started to get the best of me.” When Garrett finally made it back to safety, the guys were there, laughing: “That was a heavy one, huh,” Johnson said. “That whole exchange really describes Jeff: Underground. 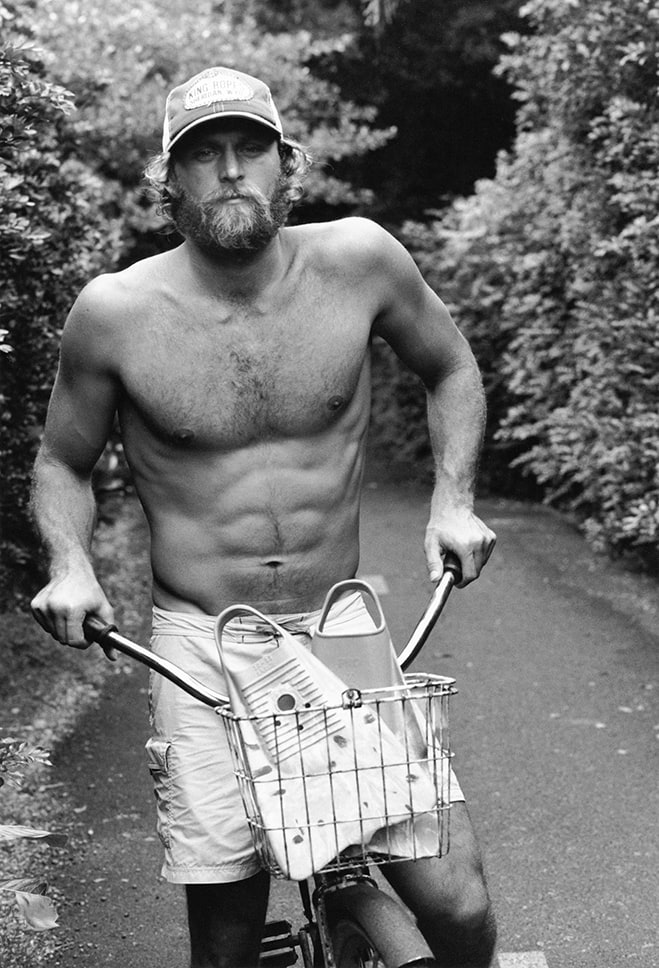 No one to witness. But simultaneously looking out for his friends while egging them on, beyond their perceived limits.”

Johnson may still be underground, but he’s no longer the underdog. “Jeff rarely has to document outside of his own bailiwick — he has an old California mentality, like the candid portraits he takes,” says Hulet. Jeff is that guy and we know him; he has that thing. 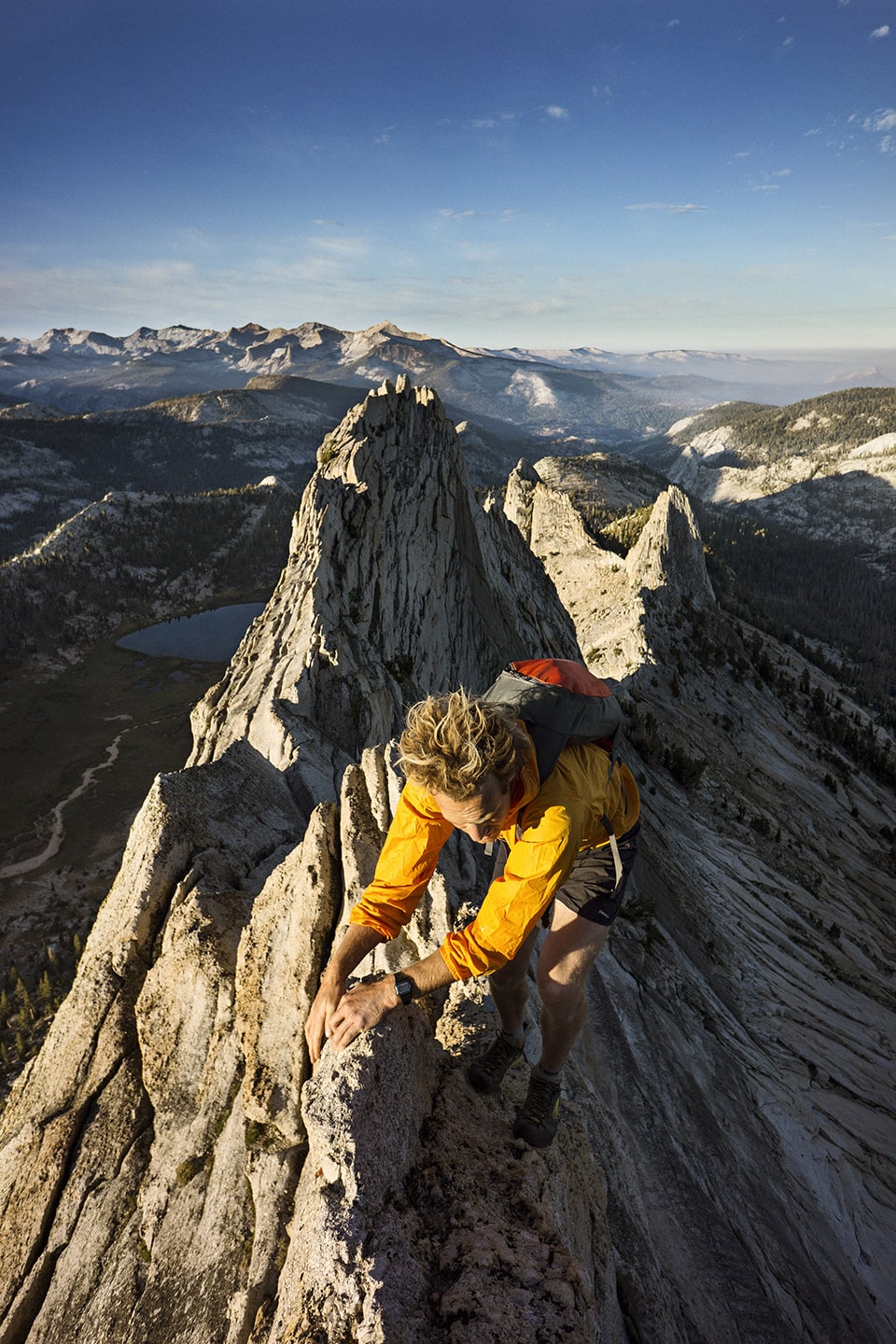 And If you happen to be living “under a rock,” take a peek outside; Jeff Johnson will likely be climbing it.