Last year, somewhere between Los Angeles and San Francisco, snaking along the rugged, redwood-lined coast of California, I met Doug Aitken in a rail car with blacked-out windows. Aitken, perched at a makeshift editing bay amidst a coil of cables and video equipment, appeared blithely unaware of—or just accustomed to—the rhythmic rocking of the train accompanied by the occasional burst, five cars up, from the conductor’s horn. It was the last leg of Aitken’s epic nomadic happening, Station to Station, a privately chartered train journey-cum-carnival across America, which included music concerts, light shows, movie screenings, and artists’ installations at selected locations across the nation. At any given moment, passing between narrow cars that were transformed into ad hoc recording studios, and the ever popular bar lounge, you were likely, quite literally, to bump into the likes of Cat Power, Stephen Shore, Patti Smith, and Beck, among others. The mood onboard was electric—the hurtling movement of the train amplified the sense of something big happening. Back at his monitor, surrounded by the kinetic energy of it all, Aitken was in his environment.

The interplay between environment—natural and man-made—and the individuals who inhabit it has been at the center of Aitken’s art since his earliest works, including his 1997 exhibition, “Diamond Sea,” an immersive video installation exploring the highly guarded diamond mines of Namibia. Fast-forward ten years to Aitken’s multichannel video and sound installation Sleepwalkers, a series of five vignettes featuring the likes of Donald Sutherland and Tilda Swinton, projected onto the external façade of MoMA above Fifty-Fourth Street in Manhattan. As one critic for Wired wrote, Aitken’s projects are “tech-fueled, all-night, glow-in-the-dark pop-art.” More recently, Aitken’s 2013 LED Seattle Art Museum installation, MIRROR, described by the artist as an “urban earthwork,” brought together five years of footage shot around the city. In a constantly changing kaleidoscopic montage played out on the building’s facade, images are selected by a computer responding to, among other external factors, the city’s weather and traffic conditions. 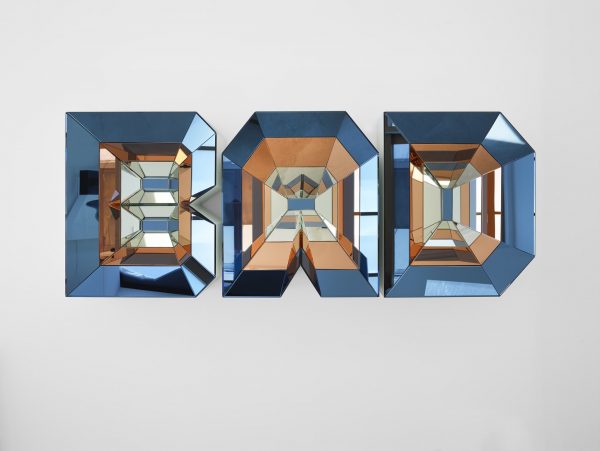 Whether with his immersive installations—what Aitken refers to as “liquid architecture”—or in the vast output of exhibitions, performances, and publications he produces, Aitken weaves together a complex narrative that examines the relationship we have to time, technology, and the increasing speed of our everyday existence. However, for his most recent show, Still Life, at the Los Angeles based Regen Projects, Aitken reverses course, eschewing the heightened energy and dazzling displays of his previous video works and installations in search of, as he notes, “the idea of stillness and freezing time.”

For the exhibition, Aitken—still very much the auteur—radically intervened upon the interior of the gallery, dividing the space with broken walls and jaggedly hewn passageways in an attempt to guide the viewer’s experience of the work inside. Throughout the show, the presence of light played an integral part, whether it be in the works themselves—such as Aitken’s light boxes and mirrored wall installations—or in the design of the exhibition space itself (apparently a cinematic lighting technician was brought in). Speaking to the LA Times about the show, Aitken remarked, “I felt that our society is moving so fast with information that one of the more radical things I could do is actually to preserve it all, crystallize it all.”

THE IDEA of STILLNESS and FREEZING TIME

And indeed, crystalline is an apt word to describe several works in the show, most notably the mirrored text-base wall works such as BAD and NOW (Blue Mirror). In both, multifaceted, angled panels of colored mirrors are assembled together to create three-dimensional sculptures that spell out their respective titular terms. In contrast to the pixilated, moving images of Aitken’s large LED installations, the only movement observed in the wall works was the reflection of the viewer passing by. Here, as in other immersive projects, the individual becomes intimately, however fleetingly, incorporated into the works themselves. Playing further with text-based imagery, several light boxes transposed terrestrial and interstellar landscapes within the letters of their respective phrases. As with the ironically titled HOME, Aitken portrays a glowing lunar vista, complete with a moon-walking astronaut, while in NATIVE LAND, a collection of Sunset Strip neon road signs and motel entrances bathed a dimly lit gallery room in hues of deep blue. 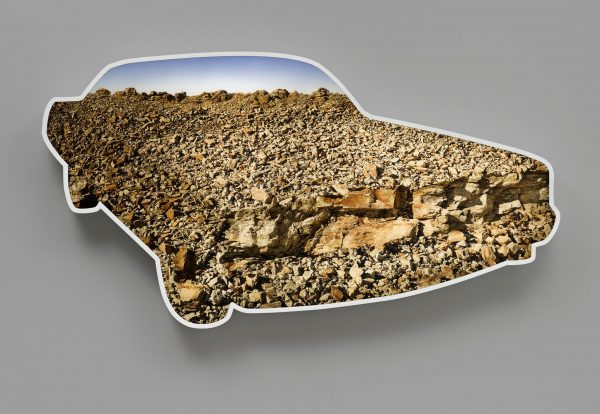 I FELT THAT OUR SOCIETY IS MOVING SO fast WITH INFORMATION THAT ONE OF THE MORE radical THINGS I COULD DO IS ACTUALLY TO preserve IT ALL, CRYSTALLIZE IT ALL 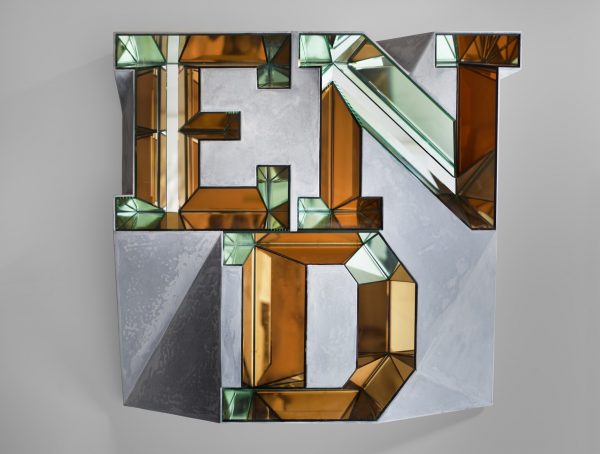 Elsewhere, several sculptural installations transformed symbols of the domestic into the supramundane. Emanating a soft white light based on the proximity of the viewer, TWILIGHT, a resin and acrylic sculpture resembling a corner payphone, lent an ethereal quality to an increasingly archaic form of technology, while simultaneously riffing on the notion of communicating at the speed of light. Meanwhile, in the light-box installation SUN POOL, a miniature replica of a kidney-shaped swimming pool is depicted with an infrared image of the sun behind it. Blazing sun and opalescent pool, two archetypes of the L.A. landscape, are united in a solar vision, a glossier version of Hockney’s iconic studies.

Tellingly, Aitken’s exhibition title references a genre of painting that reached its peak in the seventeenth century. Central to those still lifes was the allegory of vanitas and the insistence upon the transient nature of worldly existence. By forcing us to slow down, to be still, Aitken manages to remind us that all around us is fleeting. 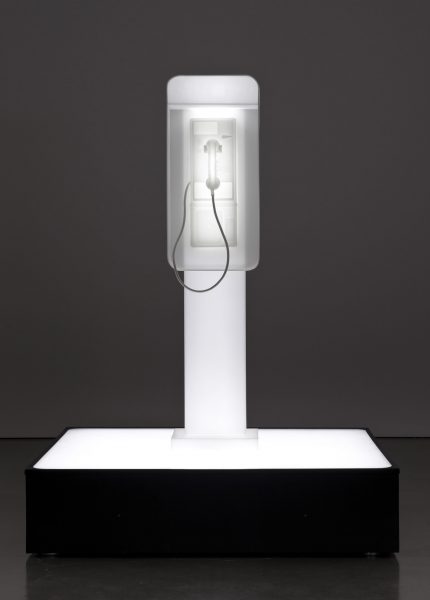