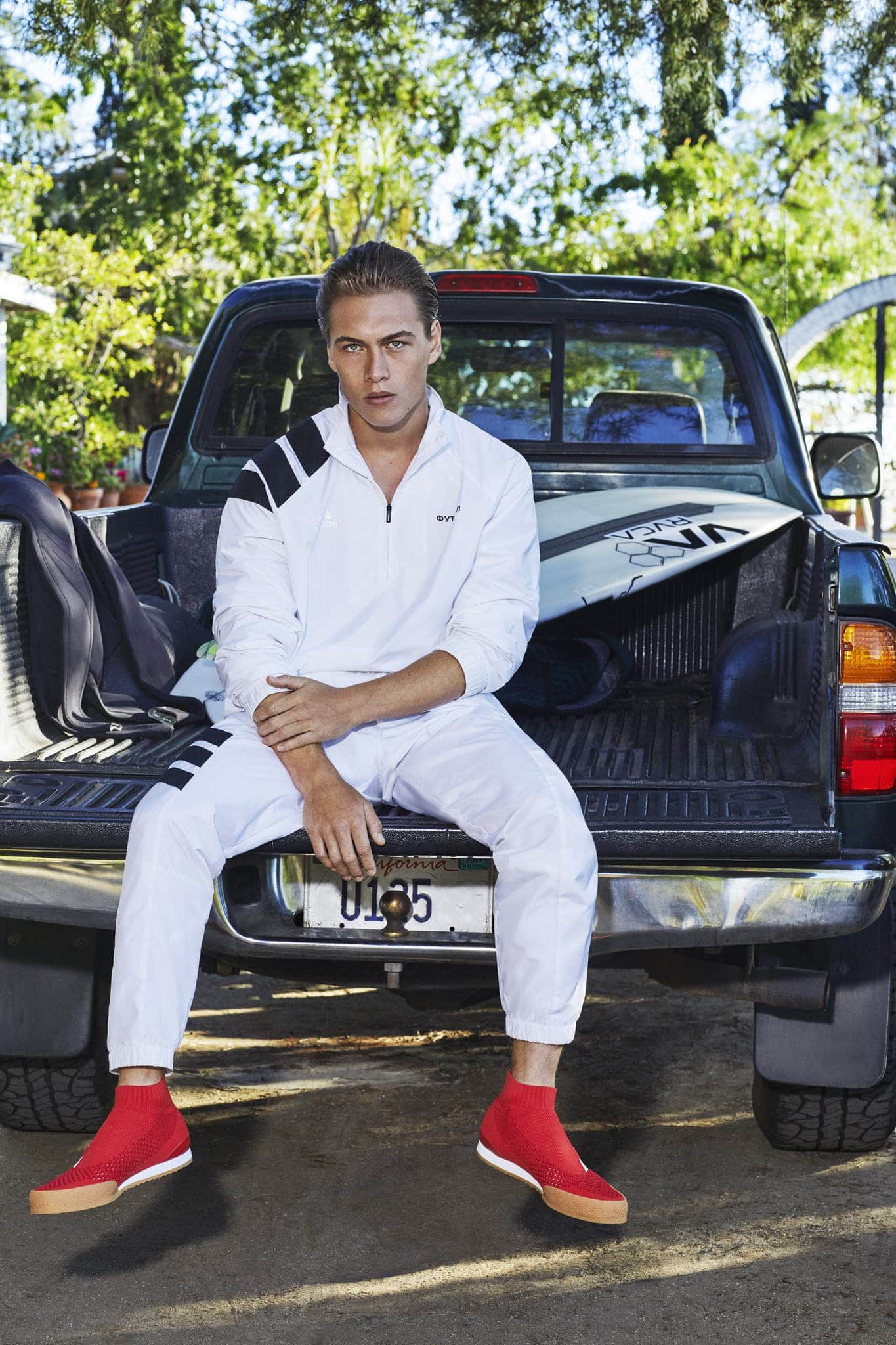 During a junior contest at Sunset Beach on Oahu’s North Shore — a venerated proving ground within surfing — Kealamakia Naihe came through the inside section of Sunset’s shifty point, making his last turn on a wave that would score him a 9.5. As he started the arc, a slight surface chop flipped his board. His foot stuck, pushing his ankle outwards and rolling it up his leg before dumping him in the ocean. He resurfaced, pulled his board toward him and began to paddle back to the lineup, but noticed a sharp pain radiating from his shin. He waved the Jet Ski assist over and rode it in, his fibula broken. Nevertheless, he’d made the final in one of the year’s first World Qualifying Series contests — but he couldn’t surf in it. So, there, on a relatively forgiving three to four-foot day at Sunset, the 19-year-old upstart began an adjacent path to the one he’d basically been born into.

Now, the Kona native calls Los Angeles home, along with his girlfriend and son. After a lifetime in the water, a decidedly unorthodox path outside of it, and a deep connection to the roots of surfing, I sat down with Naihe to see what had come from it all.

MA Can you tell me a little bit about your surname and its history within the Hawaiian Kingdom and in surfing?

KN I’m a descendant of Chief Naihe, and he was a chief on Kona — the Big Island — at the time of Kamehameha the Great, the first ruler of the Hawaiian Kingdom. Chief Naihe was an orator and war counselor to Kamehameha during the time when all the islands were conquered. He was also the surfing champion of Hawaii at that time. He was one of the first Hawaiians to be educated in English, too.

MA He was instrumental in resolving conflicts. Did his English help?

MA From an early age, did you think you’d be a professional surfer?

KN Growing up surrounded by ocean, all my friends and family were doing something down at the beach, whether they were fisherman or canoe-paddlers, so I grew up at the beach. Surfing was my thing at the beach. I never saw it as a career when I started, but once I got a little older, I knew if there was an opportunity to make something out of it that I would take it.

“The Big Island is wild. Where I live, you can build a snowman and then two hours later you can be at the beach surfing.” 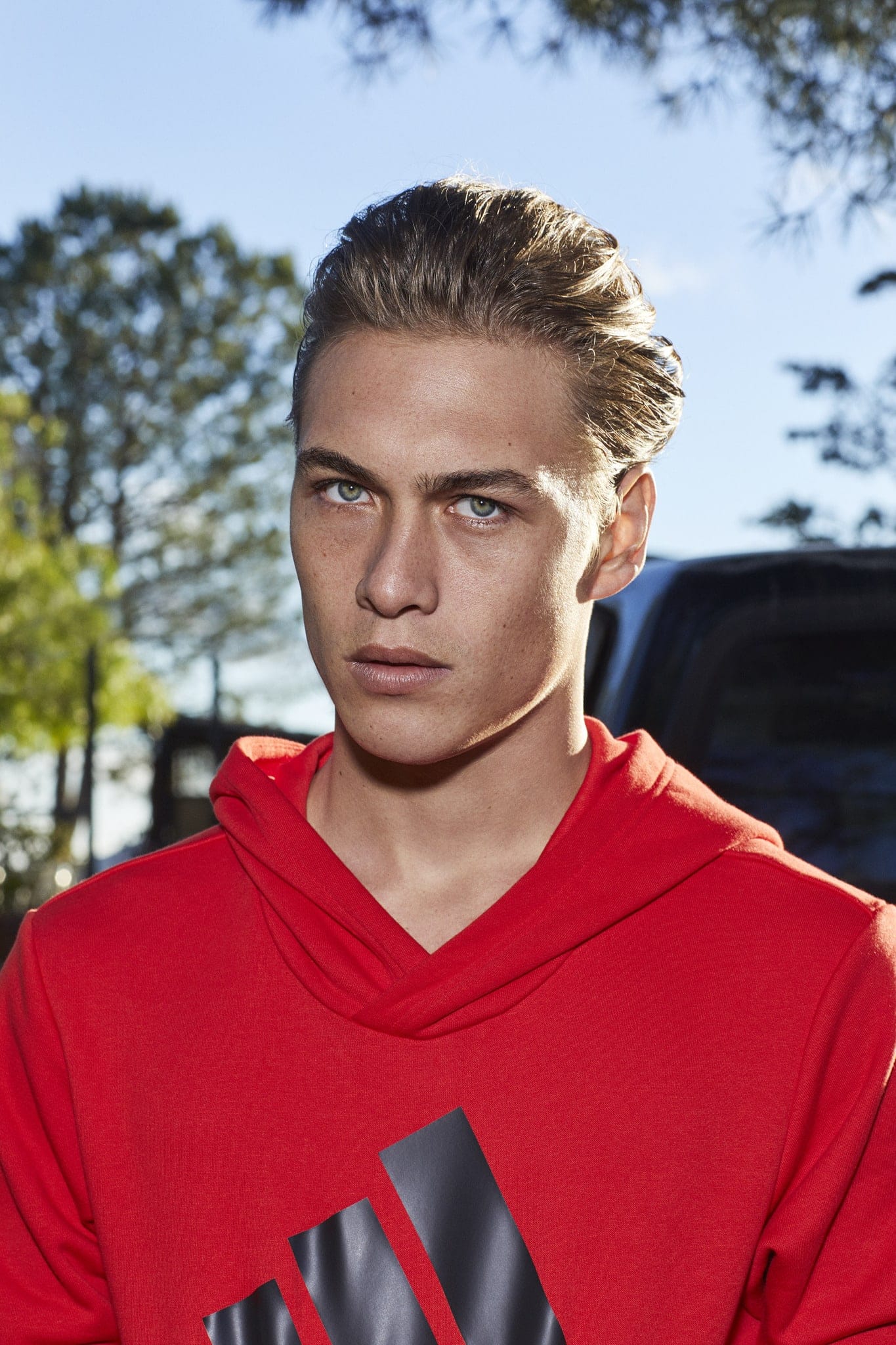 MA How did you make your way into the professional sphere?

KN When I was younger, I was really competitive.

I have a younger brother by one and a half years, so we always got to compete against each other growing up. I had that competitive nature in me, and it drew me to the contest side of surfing. But now, I’m a little more laid back, and I don’t surf contests anymore. It’s different.

MA Did you ever worry about what the second act would be?

KN At 19, I broke my leg in a junior contest at Sunset Beach on Oahu during the semifinals. I made the final, but I couldn’t surf in it. I was out for four months, and then they did the six-month reseed for the first time, and my rankings on the WQS went from 180 to 0.

MA Was that the moment your path took a decidedly different direction?

KN Breaking my leg was the moment I realized that it’s difficult to do something you love so much as a career and to rely on it for your livelihood. It can take the fun out of it. Now that I’m not doing contests, I truly enjoy surfing, and I have fun every time. Now, I think I’m surfing for the right reasons.

MA What’s one of the most inspiring places you’ve visited in your career?

KN It’d have to be Bali, Indonesia. The people are so nice, and I’m drawn to the place. The Hindu and Buddhist cultures are a draw. I love the art there — the big statues, the hand-carved elements.

MA What’s one of the most surprising places you’ve been back home in Hawaii?

KH The Big Island is wild. We have eleven of thirteen climate zones, so we’re just missing two extremes: the frozen tundra and the arid desert. Where I live, you can build a snowman and then two hours later you can be at the beach surfing.

MA After all these years traveling and competing, I’m curious as to what the takeaway has been for you.

KN I’m grateful for all the places I was able to visit. I’ve made lifelong friends. The camaraderie involved in traveling and surfing is amazing. There’s not many other sports where you get to experience things like that.

KN After realizing I didn’t want to rely on surfing as my sole source of income, I branched out to modeling and my own art practice. It’s hard to get your foot in the door with anything that you do, but I’m confident. I’m willing to work hard, and I feel like I can be successful, so I’m just trying to work and do what I can.