With his team trailing the Seattle Seahawks during the final minutes of Super Bowl XLIX, Texas-born New England Patriots receiver Danny Amendola caught a game-saving pass deep in the end zone. It was a clutch play, and a record breaker for his teammate, quarterback Tom Brady, who surpassed Joe Montana for completing the most Super Bowl touchdown passes. Here, #80 talks with At Large about hard work, hard hits, and forward motion in the NFL. 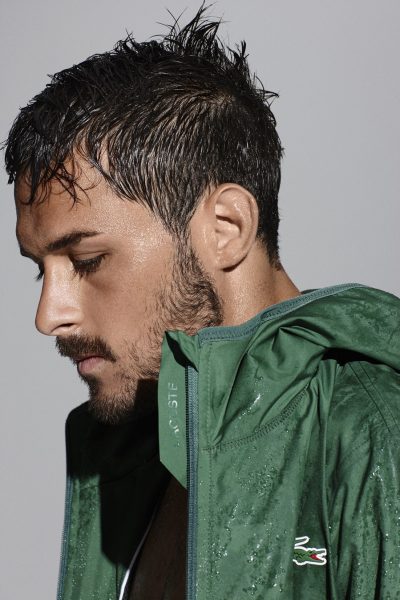 Erik Rasmussen: What does football mean to a kid growing up in Texas?
Danny Amendola: It means everything. I was thrown into the “Friday night lights” program from an early age. The town would shut down and everyone came out for the football game. It supported the local high school and it created as much of a next-level atmosphere as there could be.

Do you remember the first game you saw?
I was four years old. My mom took me to a game that my dad was coaching. It’s the earliest memory I have. I still have a photograph of my dad from that game.

What set you apart from other athletes?
I was the kind of dude who had to work harder than everybody, especially when it came to football, because of my stature. I was always one of the smaller kids. Ball skills came easily. But I was never the fastest or strongest guy. So that and my older brother, who used to beat the shit out of me, were motivating factors. It toughened me up. I had that drive to be up there with my brother and his friends. 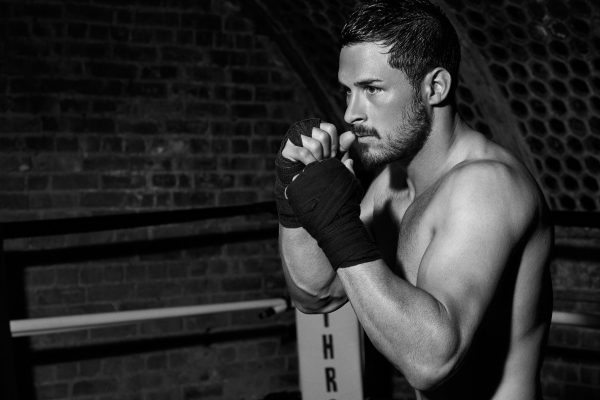 Your father was a defensive coach for your cross-town high school rivals.
Our cross-town rivals weren’t that good, and we always beat them. But there was another team in our division that was really good. That’s the team my dad coached. To me, they were our real rivals.

What was it like in your house leading up to that game?
We made it fun and never held a grudge. Of course, we both wanted to win the game. But before kickoff, my dad would come into our ranks, which is kind of unheard of for an opposing coach. He’d come into our stretch line and give me a hug and tell me he loved me. That’s what I remember most.

Do you remember your record against him?
We beat him twice, and he beat us once.

Speaking of rivalries, you play for the reigning NFL champions, the New England Patriots. You’re the rival of every team in the league. What’s it like to be booed by tens of thousands of opposing fans?
Honestly, I love it. It gets you going. You find out what you and your teammates are about. When you’re under intense scrutiny, you’re away from home, the crowd is cussing you out—you’d better play your ass off.

Coming out of college, the NFL didn’t draft you. How did you overcome that rejection and continue to believe you could be a pro baller?
I’ve been cut from two professional teams. But I never thought I couldn’t make it. Even when I was ten or twelve years old, I knew I could play receiver in the League. I played at a high level for a powerhouse high school team, one of the best in the state. I was the first guy in my high school and college not to red-shirt. I was named First Team Big 12 as a punt returner my freshman year at Texas Tech. I knew that if I kept working hard and continued to progress, I would make it. I never doubt my abilities. I put on my pads and go out and play the game. 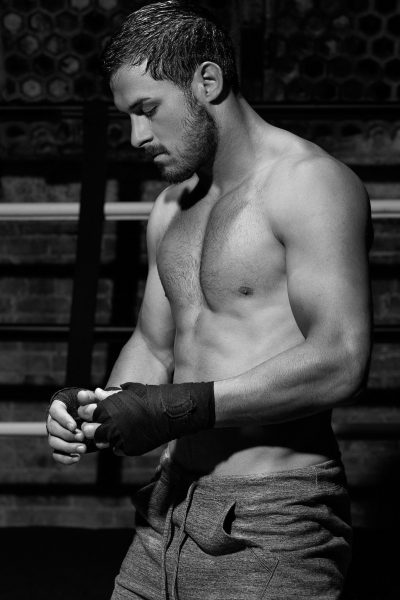 I imagine a football play is like boxing. You hear the bell, then you don’t hear anything the rest of the round. 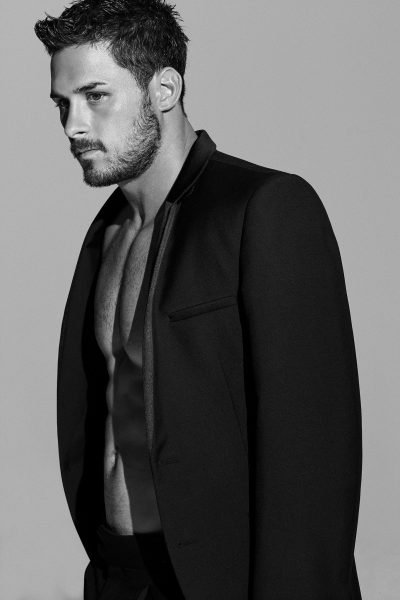 Being cut from the Philadelphia Eagles was a turnaround in your career.
It was my first week “on the streets” [a term for the four-and-a-half days per week when practice-squad-only members aren’t needed] when I got cut from the Eagles. Then the St. Louis Rams picked me up. I was going to drive down to St. Louis, but the team wanted me there right away. So I got on a plane and was practicing the next morning with the St. Louis Rams—still wearing my Philadelphia Eagles cleats. Next thing I know, I’m returning punts against the Packers. Then our starting receiver goes down with a busted ankle, and I became one of the starting receivers. That’s how quickly I went from being on the streets to starting receiver in the NFL. It was an epic change.

What’s it like to be the new guy on a team?
When you show up, those are your teammates, and they treat you like part of the team. The hard part is getting used to the city. It’s little things.

There must be some jokers on the squad.
One time a rookie messed up. So my boy lined the bottom bin of [the rookie’s] locker with a tarp and filled it with water. He put all his gear in there with about fifty goldfish. They were swimming around in his helmet.

You’re a special teams receiver. At that point, twenty-two hyperathletic alpha males run full speed at one another from a distance. It’s basically when football goes temporarily insane.
It’s like if you went and played in the highway. You just gotta say, Fuck it, have some balls, and that’s it.

On offense, you play slot receiver. What’s going through your head when you get to the line of scrimmage?
A slot receiver is either going to block a certain guy, run the ball for a play, or run a pass route. Say a pass play is called. There are several different routes you might run, depending on the defensive positions. Now, the defense is trying to trick you, to prevent you from knowing who is guarding you. They’re trying to disguise their intentions pre-snap [by shuffling formations]. If they switch to pass coverage, I’ll change my route depending on who’s guarding me or whether I need to block.

Is blocking actually any fun?
It’s fun when they aren’t looking. You have to do it, so you might as well want to. It’s very physical. It’s tough when you’re a hundred-and-ninety pounds and you have to block a guy who’s two-fifty and strong as an ox. 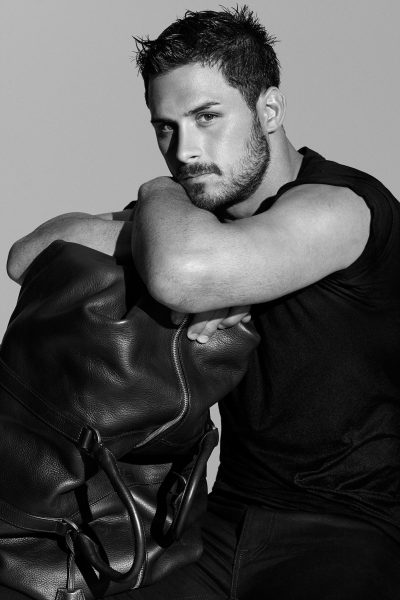 Honestly, I love it. It gets you going. You find out what you and your teammates are about. When you’re under intense scrutiny, you’re away from home, and the crowd is cussing you out —you’d better play your ass off 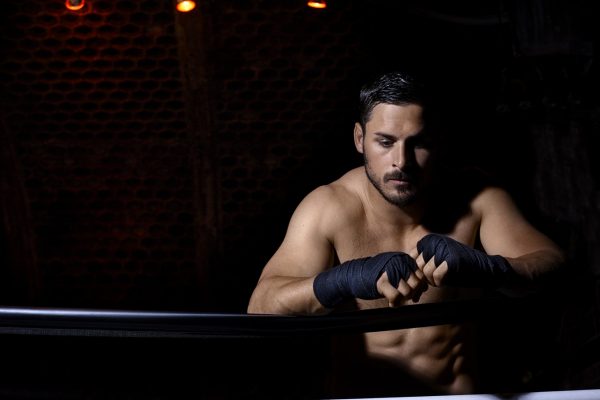 Take me through a pass route. What do you see?
Let’s say you get a ten-yard in-route. You come across the middle, behind the linebacker, to the specific spot you’re supposed to be. The ball is on its way before you look. There’s no time to think. You turn and catch it. It’s proprioception—you’ve been drilling this so long that the memory is in your movement. You just kind of go full speed and whatever happens, happens. Now, let’s say you’re going over the middle and there’s a safety there. He’s gonna hit you. You can’t worry about that. You just go after the ball. If he lays you out, you have no control over that. Your job is to catch the ball. If there’s room . . . just run. Do a little dance and try to avoid everyone.

Which defensive player hits the hardest?
Everybody in the league hits hard [laughs]. If you’re coming over the middle, it’s a matter of getting caught in a bad position.

What do you remember from any given play?
Most of the play is blurry. You get up after a tackle and it’s like a car wreck. It happens so fast. You forget about it. You throw the ball to the ref, line up, and do it again. 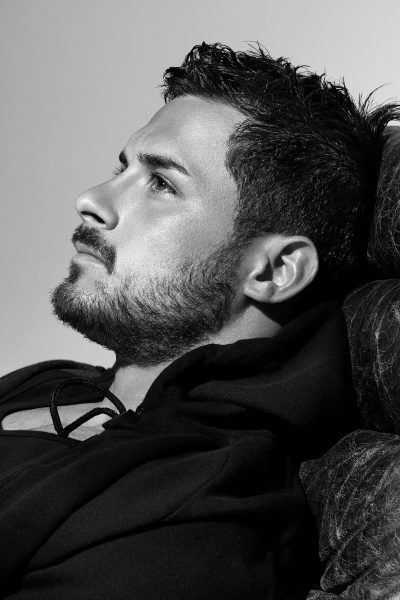 Do you ever forget a route, or who you’re supposed to block?
No, you drill way too much to forget plays. There was one time I got tackled on the sideline and we hit a tarp roller. When I got up everything was turning different colors. The next play called for me to run the ball. It’s the dream play for [my position], the one you wait all year for. But when I went to the line I had to call out, “What do I got?” My teammate was like, “It’s your play. It’s coming to you.”

So you don’t forget the route, you just get hit so hard you forget what play they called.
[Laughs] Exactly.

The reality on the ground is very different from what you see on television, with the commentators, multiple angles, and slow-motion replays.
Any game I watch on TV is muted. It’s more real that way. I imagine [a football play] is like boxing. You hear the bell, then you don’t hear anything the rest of the round.

Do you hear the fans?
You can kind of hear the fans—if you break a long run, you hear them. But it’s really strange when you’re playing an away game. The only thing you hear is yourself: your pads clicking, your breathing. Nobody is cheering. You’re the only one running. It’s quiet. It’s completely quiet.

You caught a game-saving touchdown pass against the Seattle Seahawks in the Super Bowl this year. Where does that rank in your career?
It was definitely a highlight. But the best was winning the Super Bowl. At the end of the season, there are thirty-one other teams that aren’t at the top, that didn’t get what they were after. To win one and then look back at what you went through to get there—that what you went through in the snow, the tough practices, paid off—that’s what was great. To share that with my teammates was the best moment of my career.

Did you go to Disneyland after the Super Bowl?
I went to Europe for the first time. There was eight feet of snow on the ground in Boston, so I needed to get out of there for a bit. I liked Amsterdam, Barcelona, and Florence best.

What’s next?
I left Texas Tech early to train and get ready for the Combine. I definitely want to finish my degree. With my dad being a coach, and my best friend Kliff Kingsbury head coaching my alma mater’s football team, that would be an avenue I might be able to go down. But I definitely have other interests. For now, I haven’t thought too much about life after football. 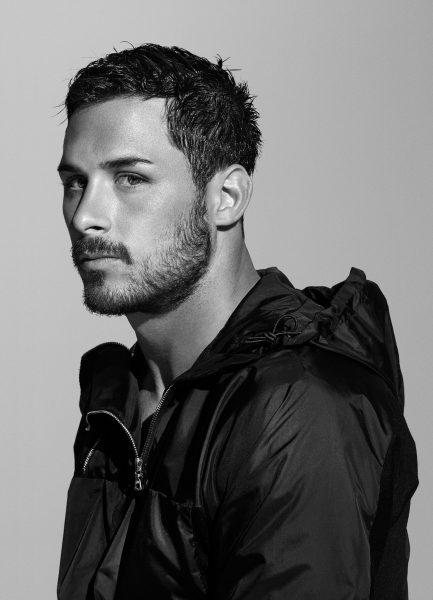